The Elective’s digital art museum this week features an illustration made by Destiny Pann from Desoto Central High School in South Haven, Mississippi.

This week we feature an illustration made by Destiny Pann from Desoto Central High School in South Haven, Mississippi. 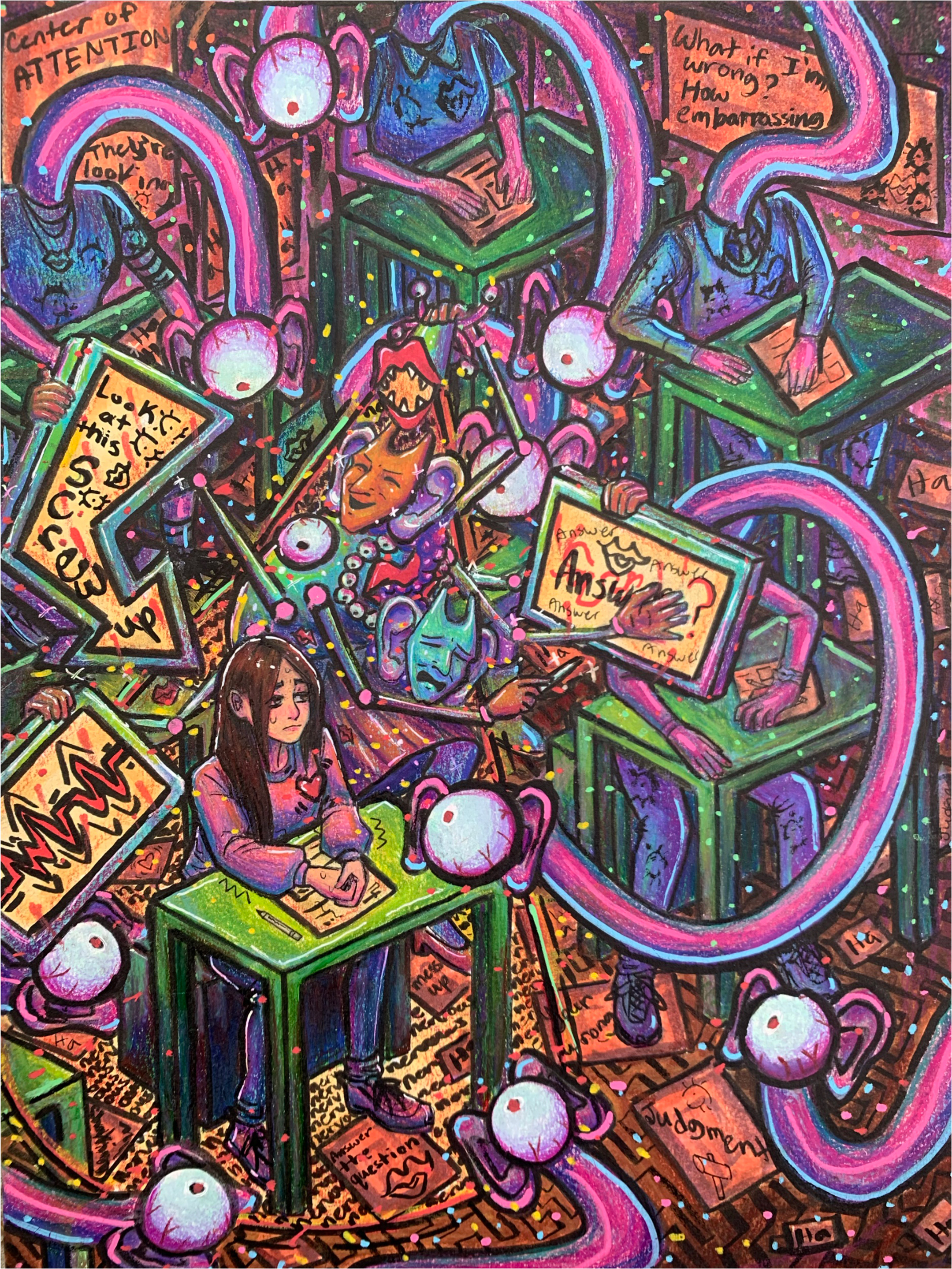 Here’s Destiny’s statement on the work:

“What led me to use social anxiety as a theme throughout my investigation stems from how much it played a role in my life. I took inspiration from my own struggles, as well as the experiences of others’ who struggle with social anxiety, and used those experiences to help illustrate scenarios where social anxiety could occur such as in interviews and places like classrooms. What helped me tie my ideas together are symbolism, composition, and color.

“Symbolism can be heavily found across my pieces as it helps visualize the feelings that come with social anxiety. Some examples of symbols I used are eyes and cameras, which are used to imitate the fear of being watched and judged, while symbols such as ears and mouths are used to represent the fear of being heard and mocked. It would have been difficult for me to convey the concept of social anxiety if I did not use symbolism.

“Additionally, composition and color also helped me when it came to organizing subjects. The use of composition can be used to help steer focus from one area to another. An example would be the elongated eye and camera heads, which helped direct attention towards the anxious character of each piece. I would also use color to group or separate objects from each other, so that they wouldn’t get lost in the background or within other objects. If a subject was blending in too much with another color, I would try to lighten, darken, or change the hue of the surrounding area.”

And here are a few other works from Destiny’s portfolio: 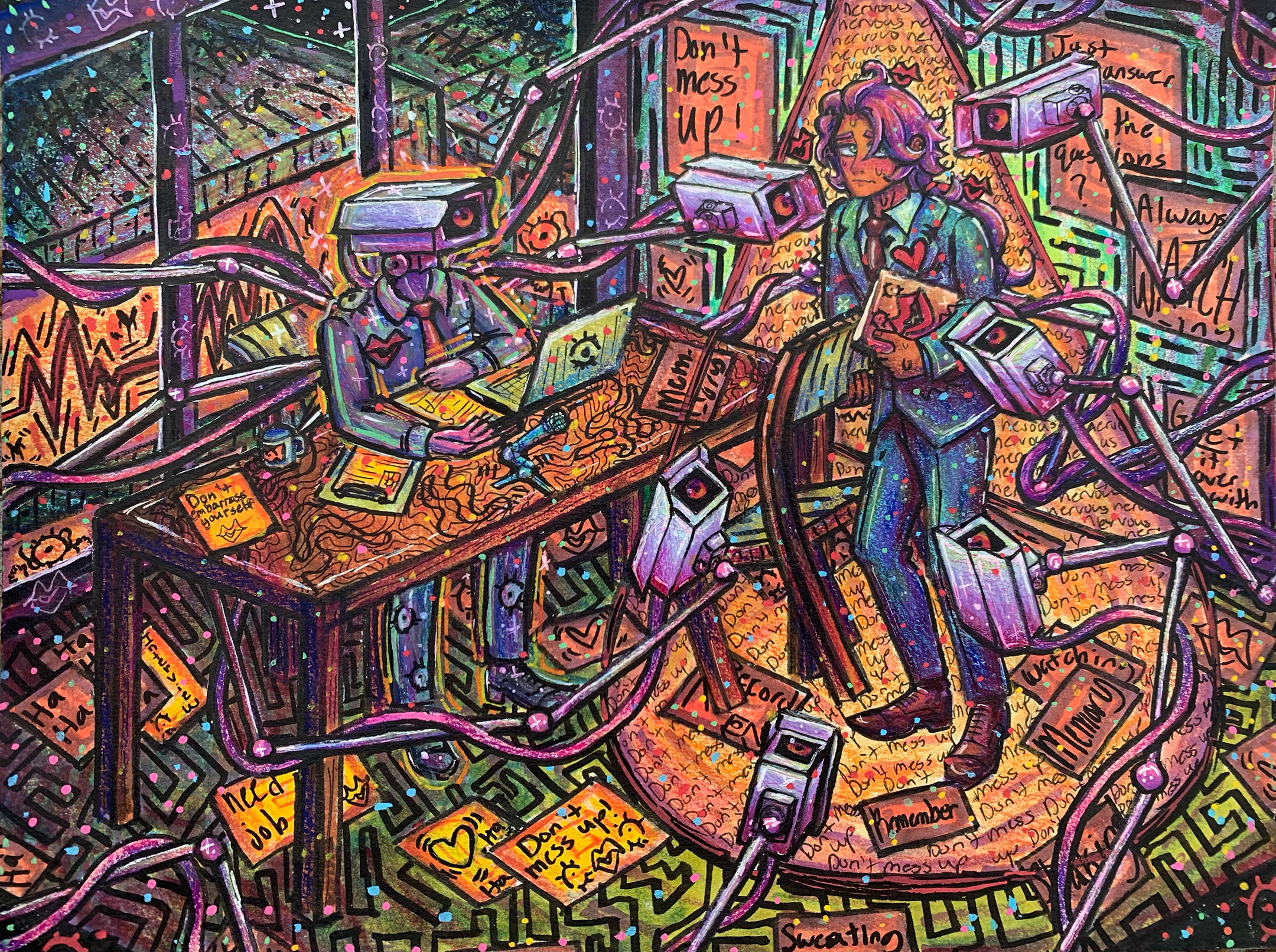 Man has social anxiety at interview. Cameras used to show the fear of them watching his every move. 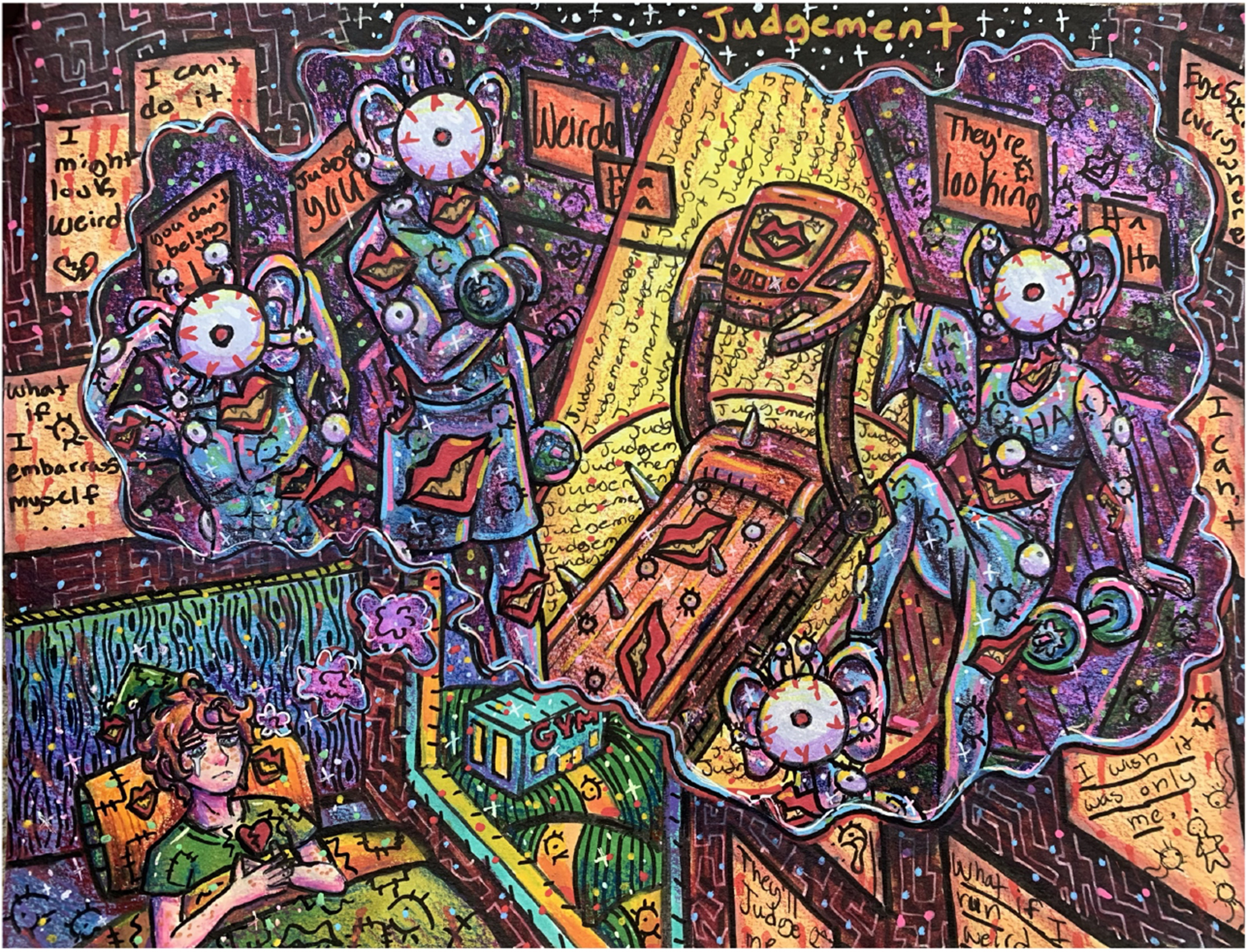 Boy afraid to go to gym due to social anxiety. His vision or fear can be seen in the thought cloud. 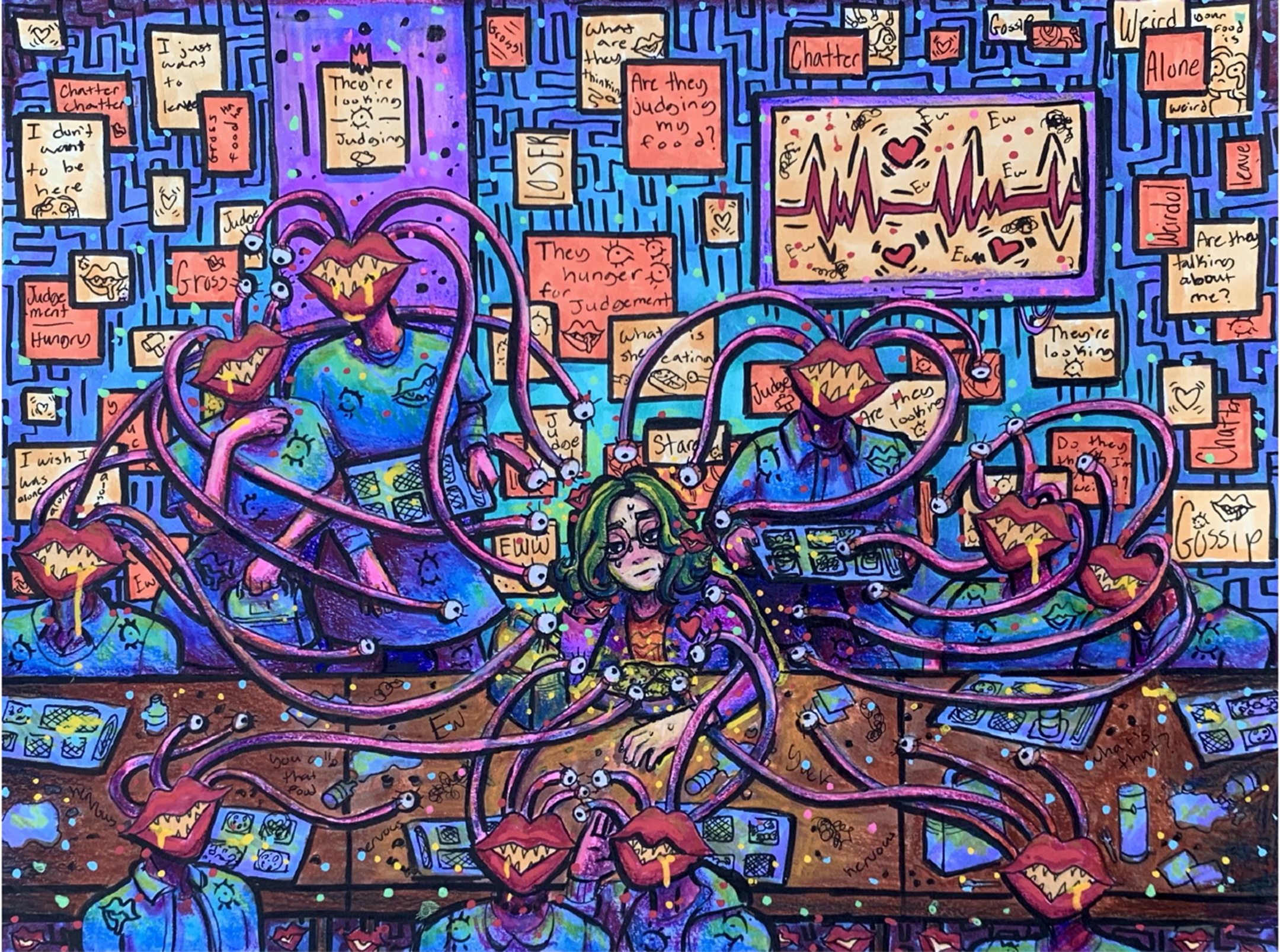 A girl who is socially anxious to eat in public. Used mouths to show her fear of being talked about. 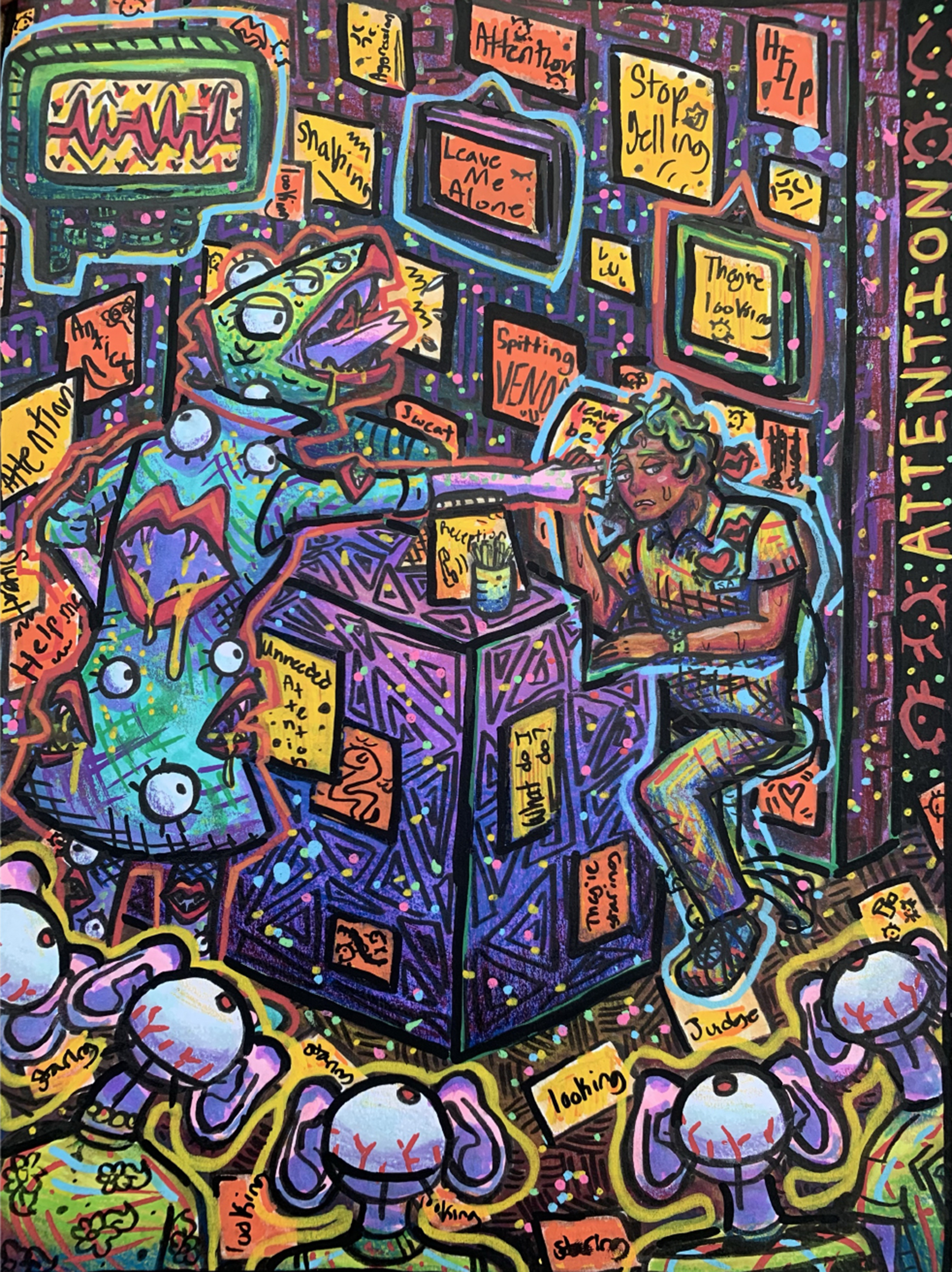 Man was blending in too much with the dark background so I outlined him with a blue paint pen. 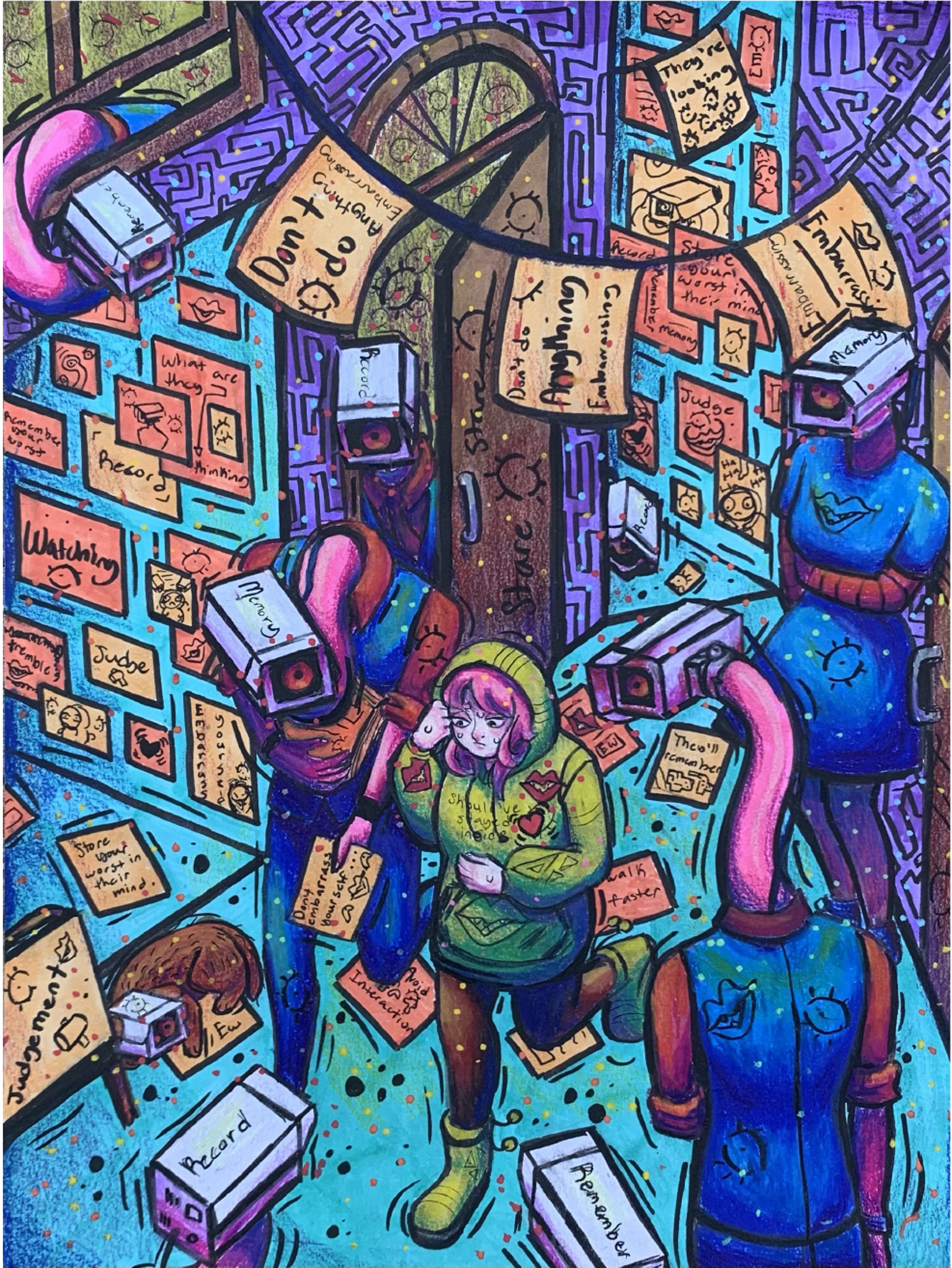 Used camera heads to show the social anxiety of having her every move watched and put into memory. 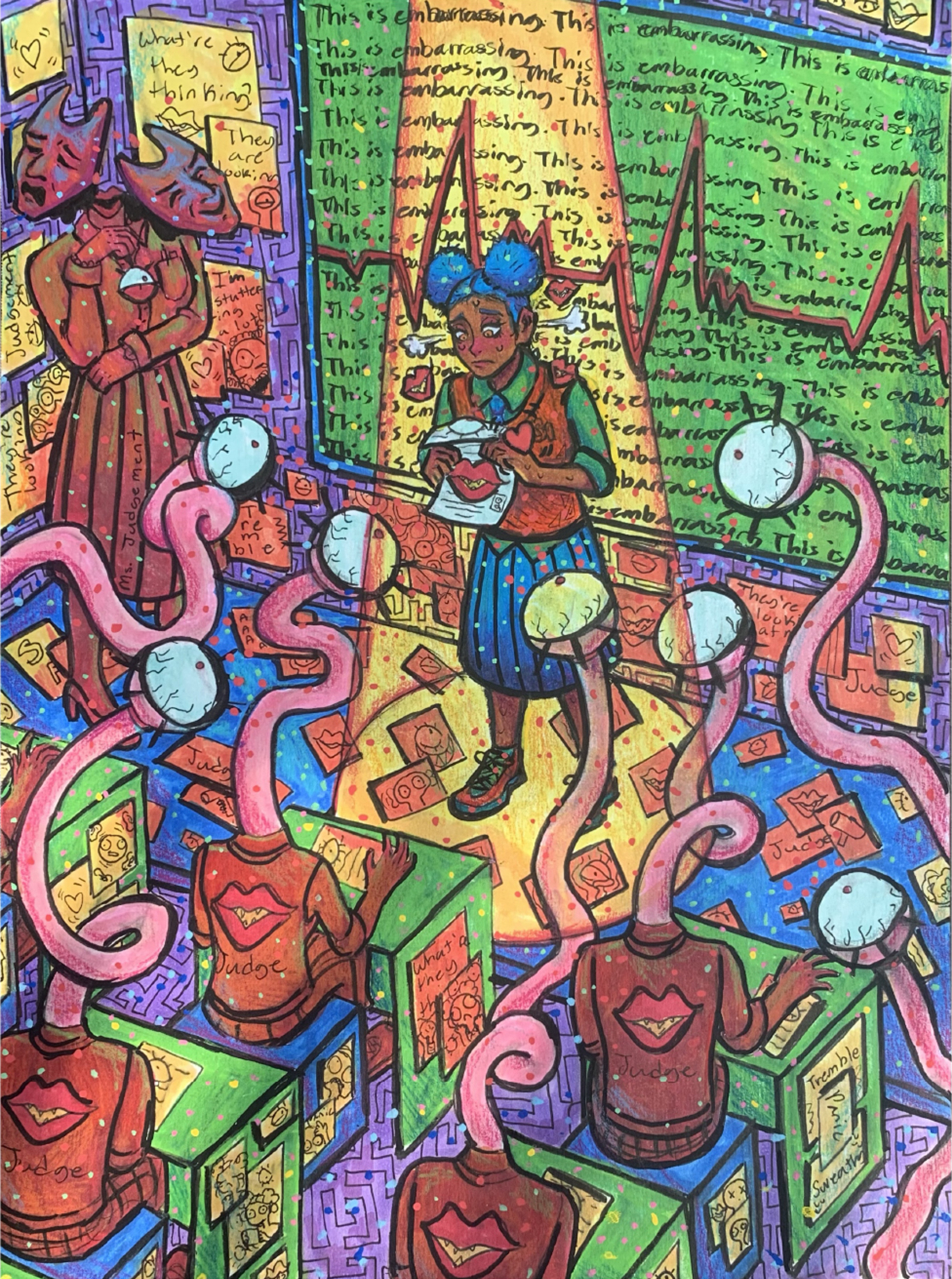 Masks on teacher to show the looks of mocking and judging. Layered color pencil on top of marker. 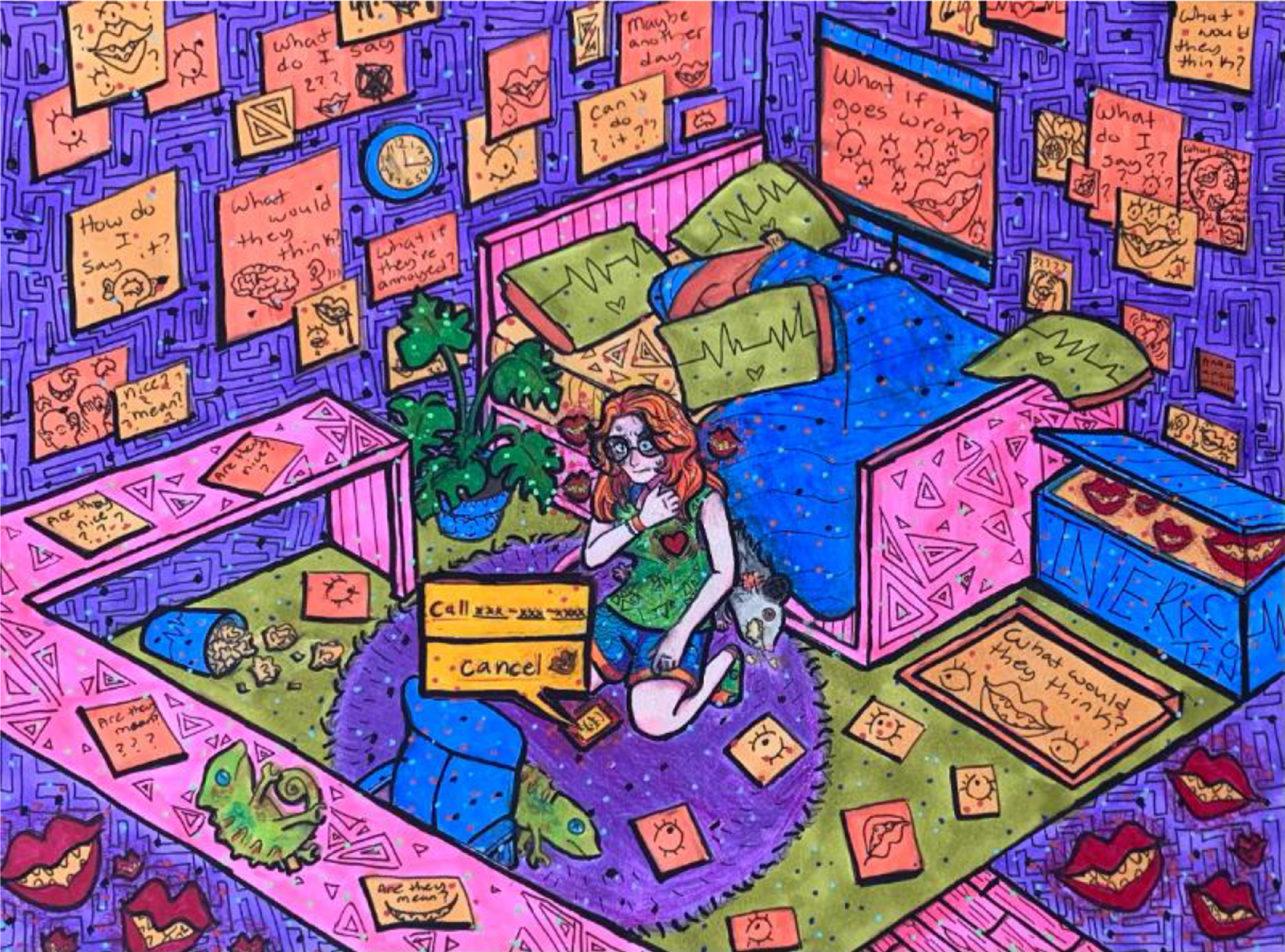 Inked, colored with marker, dotted with paint pen, and experimented with color pencil in the middle.

Student statements are lightly edited for length and clarity.