The Elective’s digital art museum this week features a painting made by Sydney Turner from Northern Guilford High School in Greensboro, North Carolina.

This week we feature a painting made by Sydney Turner from Northern Guilford High School in Greensboro, North Carolina. 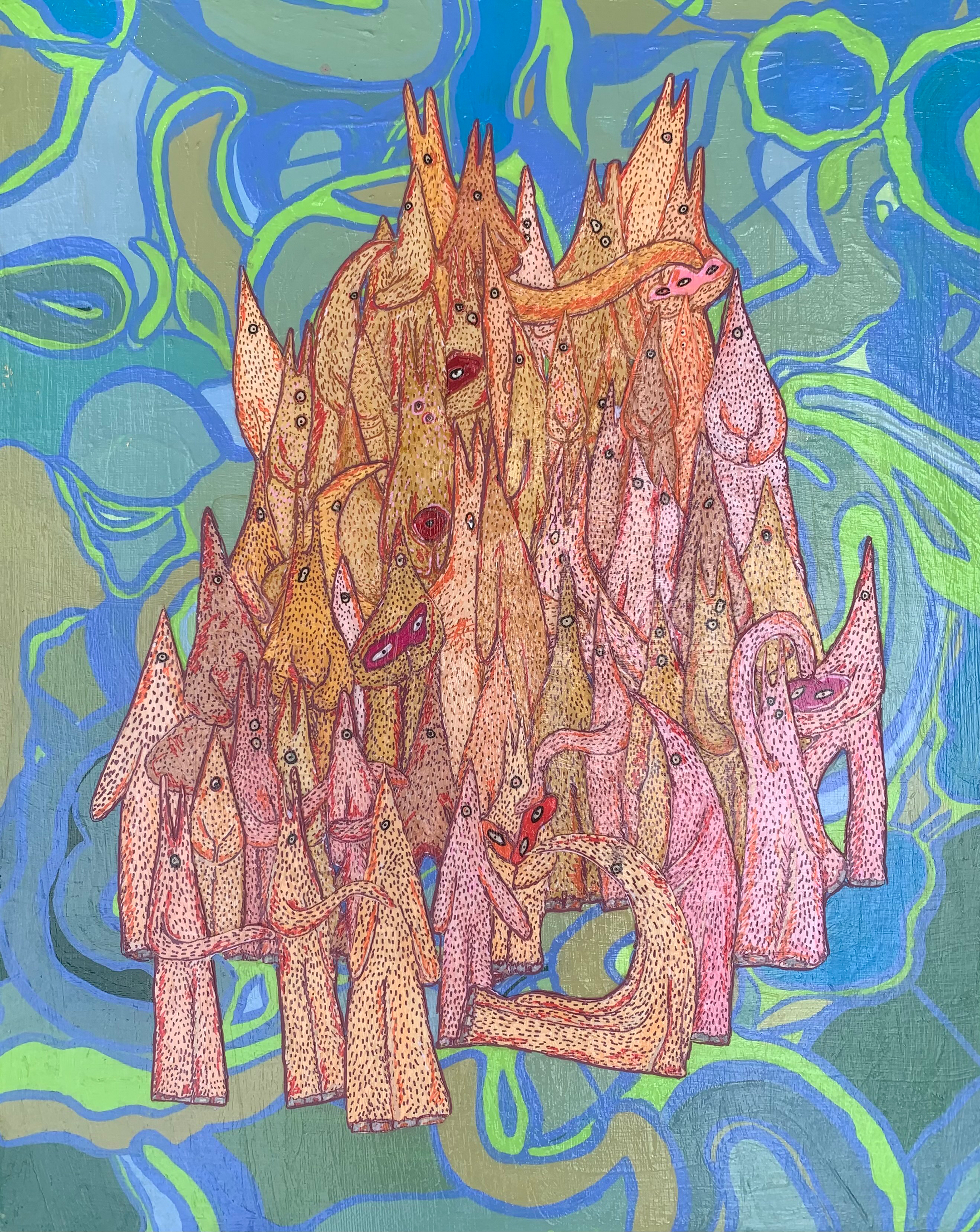 Here’s Sydney’s statement on the work:

"I created a fictional planet using my own ideas and concepts for my sustained investigation. I was inspired by my interest in science fiction, specifically the concept of other planets and intelligent life outside of our solar system. For this selected piece I wanted to illustrate the concept that numbers in normalcy can differ in space and time; the idea that a certain number is seen as large on earth but could be seen as small on another planet fascinates me. I wanted the title A Small Erdis Family Gathering  to seem like a contradiction when comparing it to the crowded piece, to convey how the concept of a “normal number” can be completely different depending on the time, place and space. From the beginning of my concentration I knew I wanted to try and come up with everything myself. The first thing I decided is that I was going to name the Planet Daetraina (a mix of syllables from different words is how I came up with most of the names.) I then created the main intelligent species on Daetraina; The Erdises (pictured in work.) I made the Erdis a highly intelligent but simple creature, the Erdises have no mouth, ears, or nose, only eyes and they communicate telepathically. They are genderless and sexless creatures that are created by plants that are also biologically immortal. Their most notable quality is that they have an abundance of emotional intelligence which keeps the species at complete peace within themselves."

“Some students need a great deal of guidance and supervision while developing their AP Art portfolios, but Sydney is one of those students where I needed to sit back and watch her investigation develop. The best support I could be for Sydney was to simply be her cheerleader. She had an idea and she ran with it. Each new piece fed off of the last one, and her concentration blossomed. Sydney wasn’t afraid to take risks and try new things. Her work is original, creative, unique, and as her art teacher, I couldn’t ask for anything more. I am so proud of Sydney!”

And here are a few other works from Sydney’s portfolio: 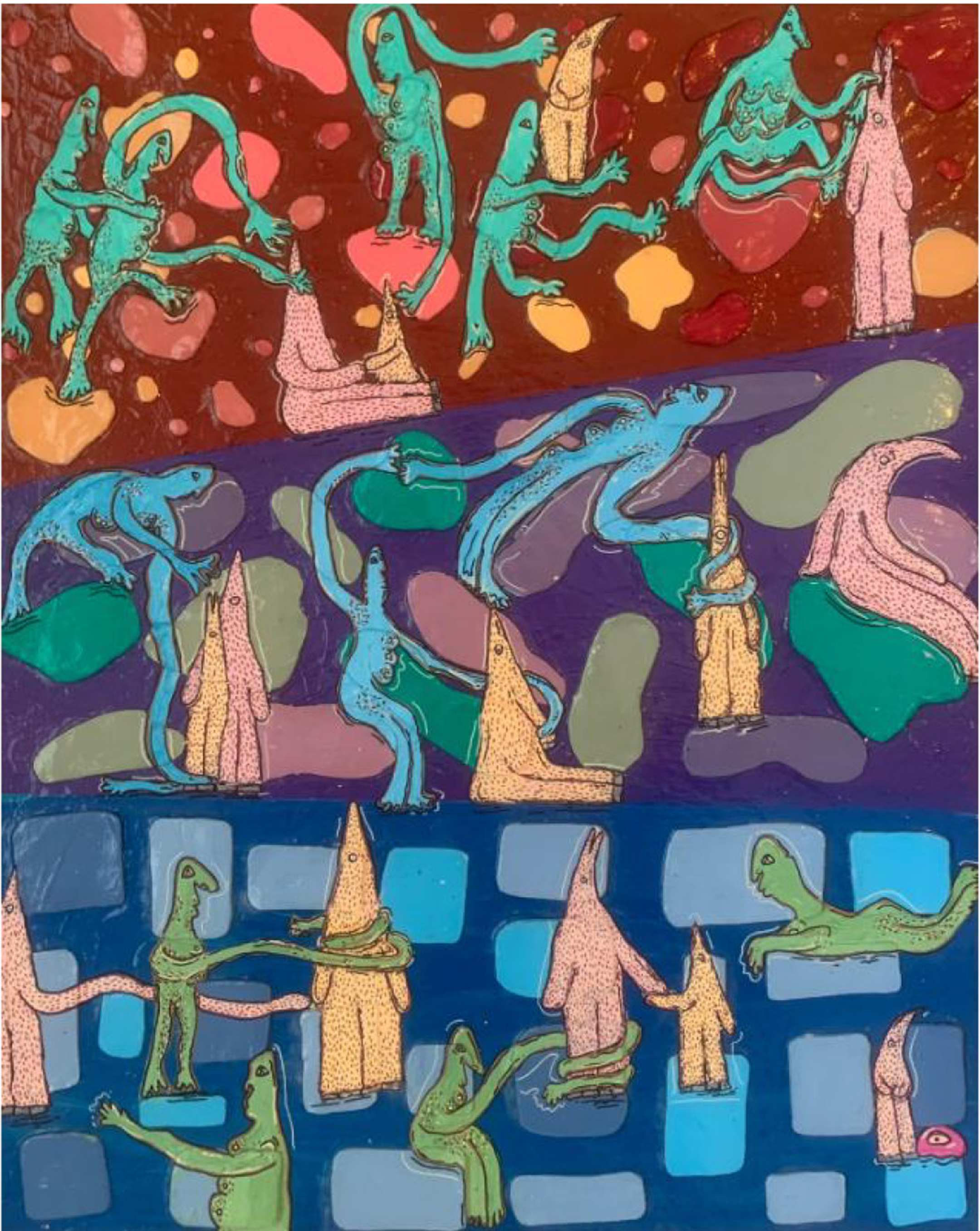 Illustrating negative characteristics of the human nature such as ego, vanity and immorality. I made flat shapes out of clay, painted them, glued them to canvas to create texture to paint over. 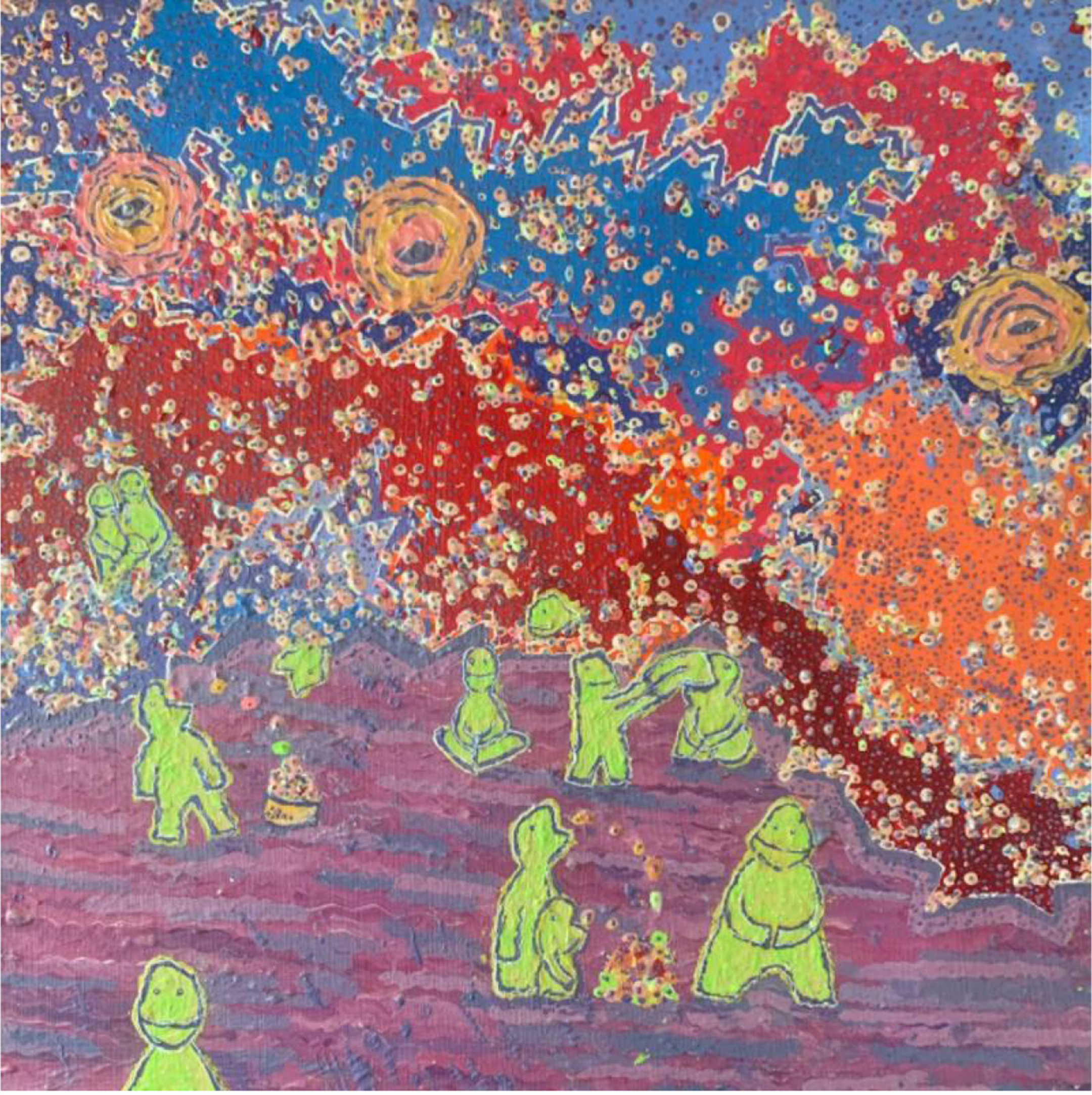 To show an idea of dangerous that differs from our understanding of the word. I experimented with using toothpicks for the dotting in the background and outlining. 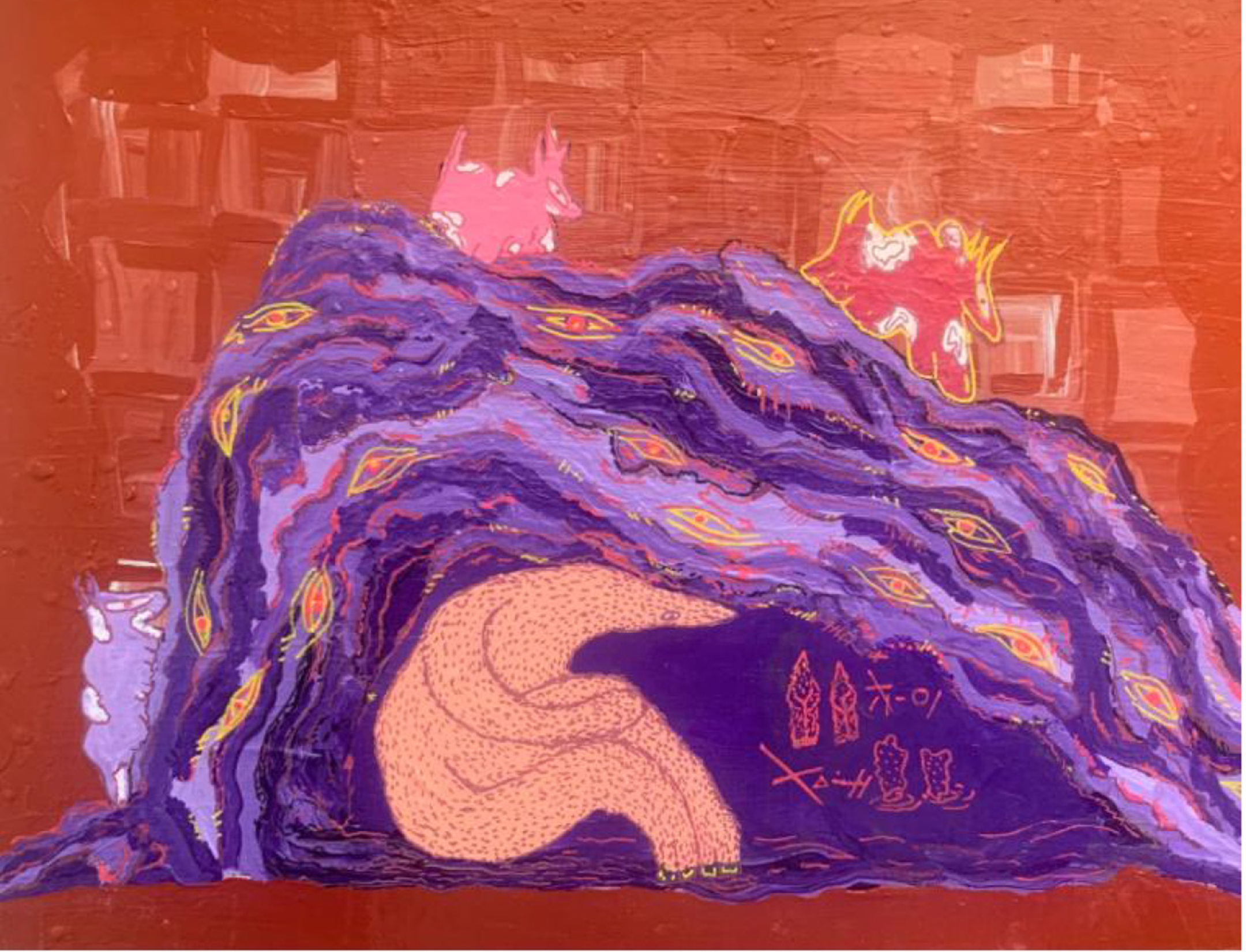 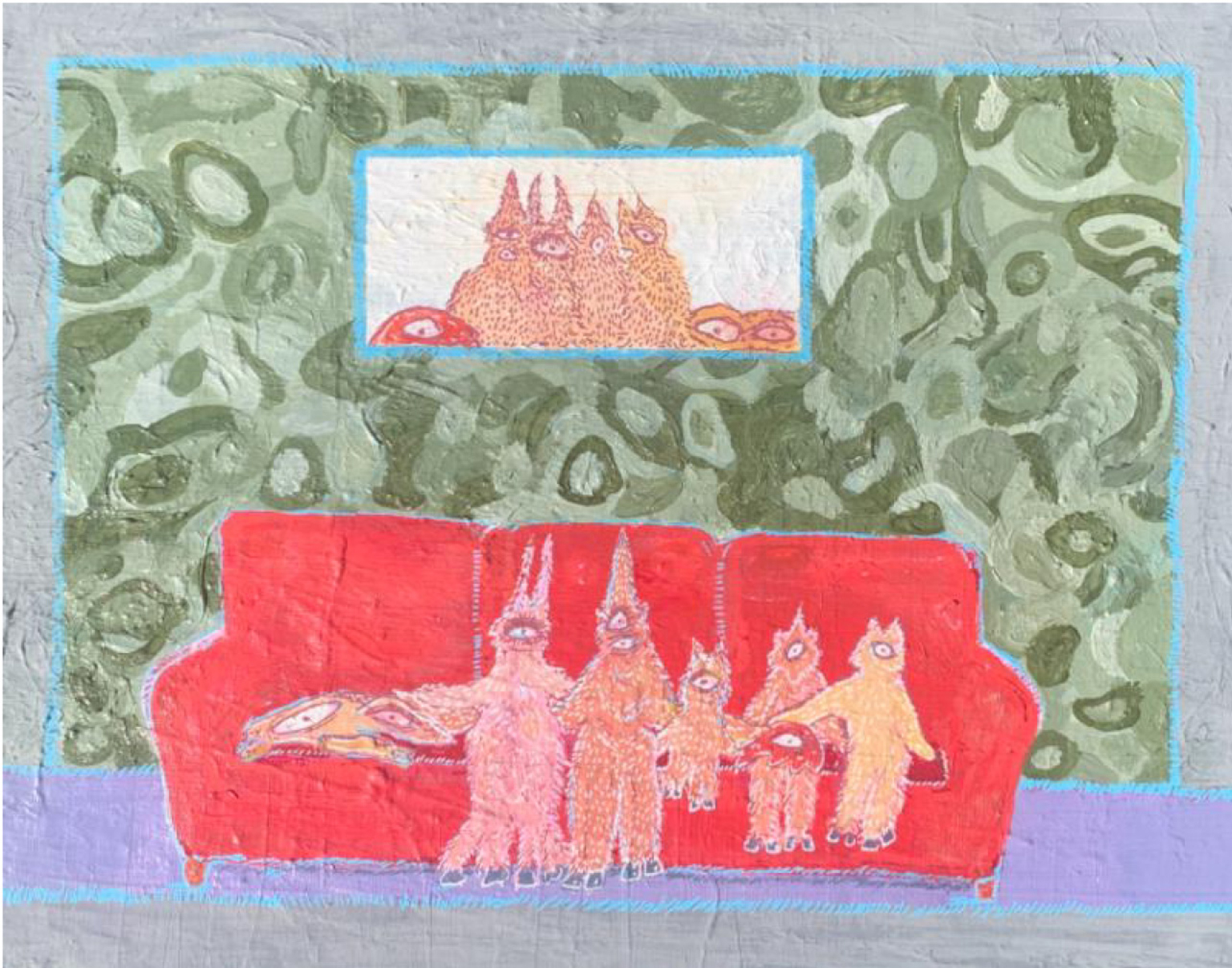 Using acrylic paint and paint pens to create a vibrant introduction to this imaginary species. 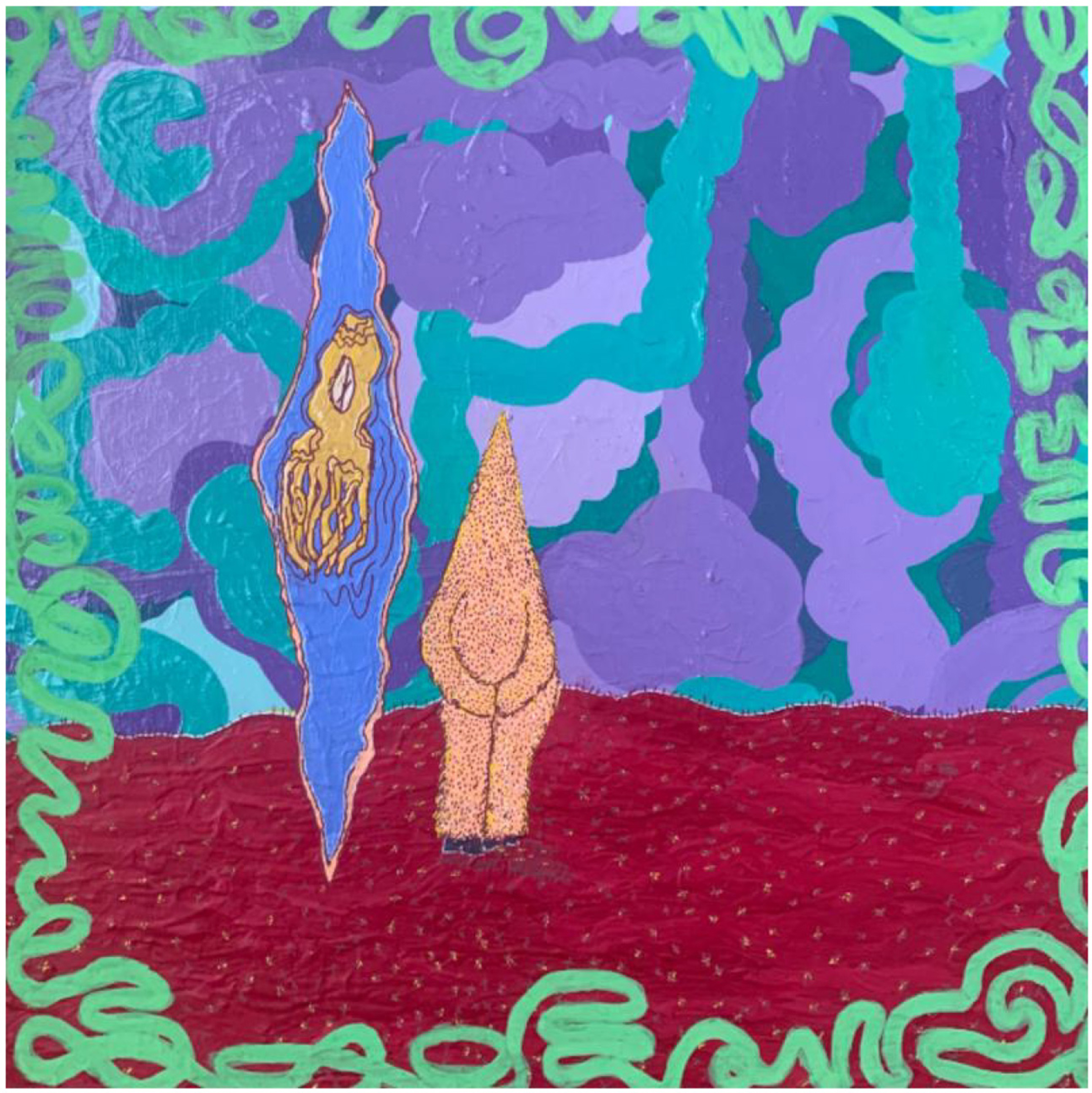 I wanted this painting to focus on color theory, I also experimented with a loose abstract border. 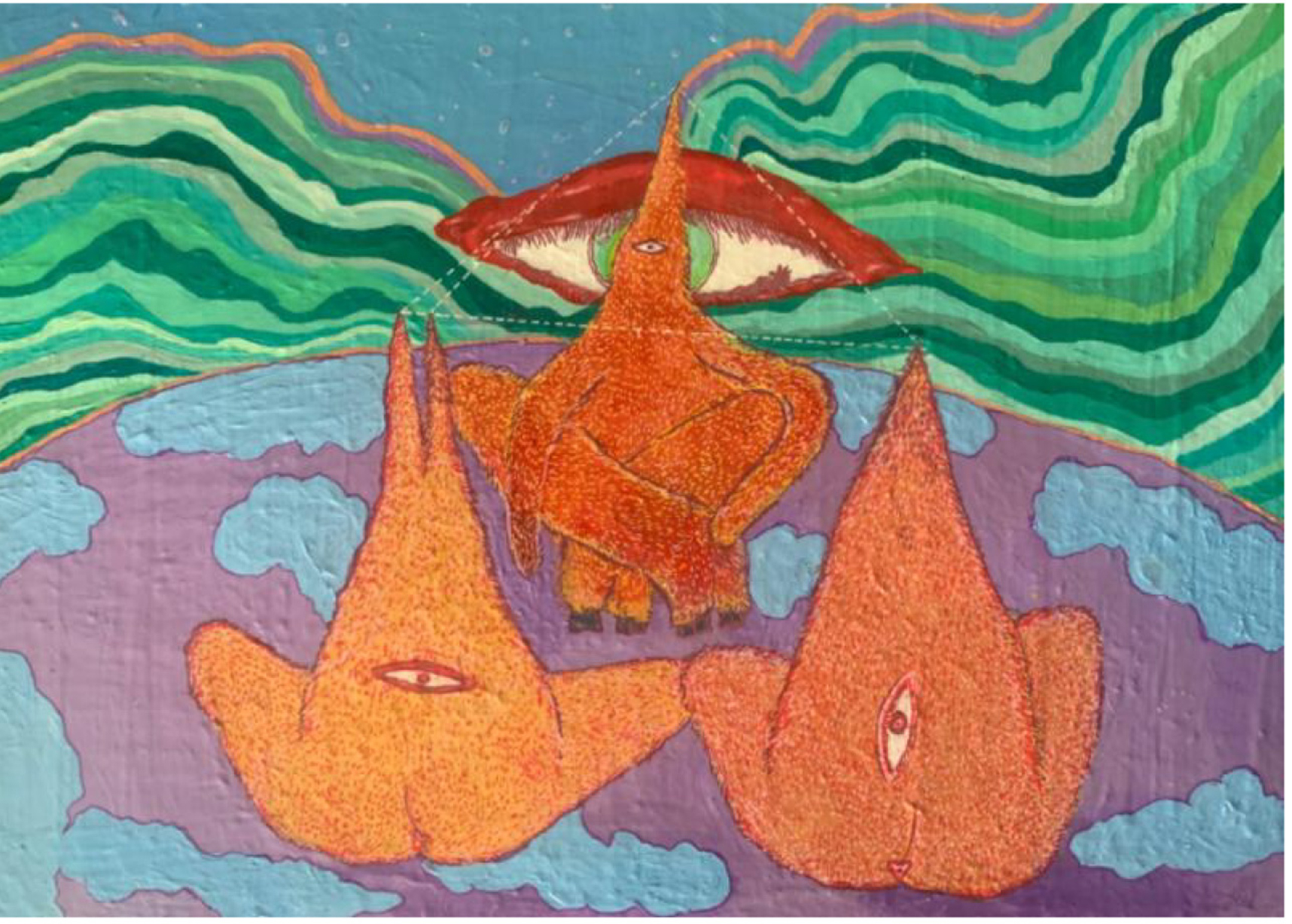 I tried to create a vivid atmosphere to focus on the idea of communication without verbal words.