The Elective’s digital art museum this week features a painting made by Jessica Patton from Mira Costa High School in Manhattan Beach, California.

This week we feature a painting made by Jessica Patton from Mira Costa High School in Manhattan Beach, California. 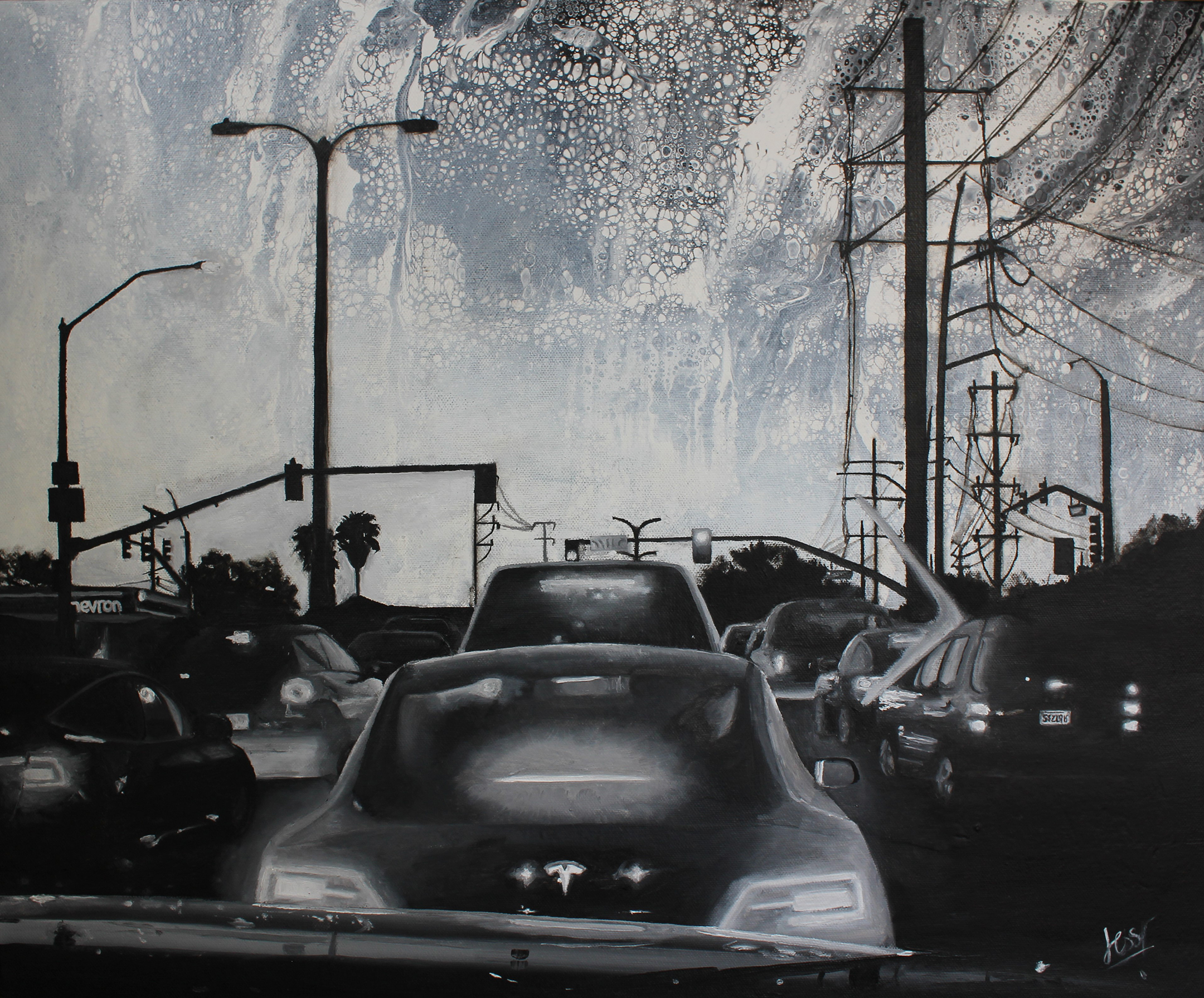 Here’s Jessica’s statement on the work:

“This piece is titled, ‘Rosecrans and Sepulveda’ because, simply enough, those are the names of the cross streets of the intersection that is depicted.

“My sustained investigation started with an inquiry about a specific emotion that I only felt under certain conditions, and could not explain with words. As my investigation evolved, as did my understanding of this emotion. I came to find that it was about the things we see every day over long periods of time, especially when we’re growing up- from our routines, our commutes, and all the places we travel through the most. The emotion I try to capture is what we feel when these simple objects, places, or other components invoke a mixture of nostalgia and undefined familiarity that grounds you in the present moment. The mind takes in more information than we realize, and when we see familiar images, our brains make immediate associations. This was my goal with this painting and the rest of my sustained investigation.

“For example, I had shown ‘Rosecrans and Sepulveda’ to quite a number of people who have lived in Manhattan Beach for a very long time. This is a main intersection that should be known widely by anyone who lives in Manhattan Beach because it is so busy and bustling. For that reason, it was no surprise that anyone I showed it to could guess the intersection before I told them the title of my painting, or, at least say something along the lines of, ‘Hey, that looks familiar!’

“I got the idea for this painting from one afternoon when my dad and I were driving home from my brother’s house. When deciding on composition, I chose to paint it in black and white to capture a feeling of being frozen in time, because most often, people are preoccupied with where they are going rather than where they are.

“Intersections are places where people only pass through, so we never really give their meaning much thought. For the sky, I used a style of painting called ‘fluid painting’ where you mix acrylic paints with Floetrol medium and pour it on the canvas. This took a lot of trial and error because the canvas was bigger than I am used to. I did this for the background to add whimsy and a personal touch since I commonly do this type of painting with my mom for fun. After the first layer dried, I then painted the foreground with oil paint.” 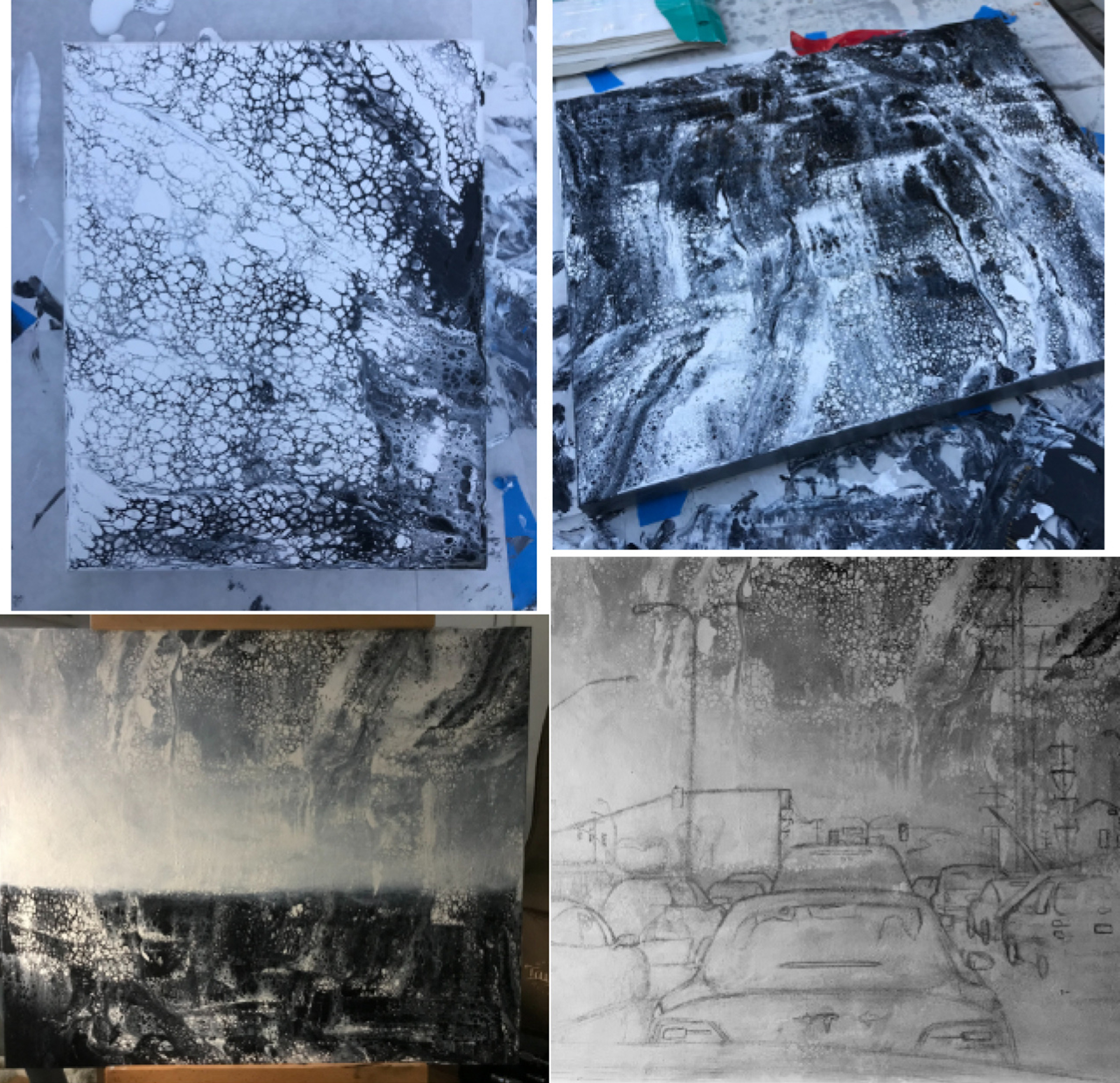 “From working with Jessica, I learned to encourage students to follow their line of inquiry wherever it leads them and to experiment with materials. Jessica was primarily interested in oil painting at the start of the year but as her sustained investigation progressed, she moved on to include non-traditional surfaces like skateboard decks, lighting elements, mixed media and fluid painting. Each time she introduced a new material, she has a rationale behind it that connected to her line of inquiry.

“Jessica fully embraced the concept of beginning her work with an inquiry question and engaging in the artistic process. I scaffolded writing into the artmaking process by asking students to complete visual journal pages for each sustained investigation piece. In the journal, students describe their inquiry, techniques they practiced, materials they experimented with and what areas they would like to explore in future projects. These short, written reflections became the starting point for the written portion of the exam. Students also included photographs of their work in progress and sketchbook pages.

“Jessi spent many hours documenting her work and clearly illustrating her thought process. I support experimentation by assigning mini-projects each week that push students outside of their comfort zone – working with non-traditional materials or processes they may not be familiar with. The mini-projects may at first appear disconnected from the student’s portfolio work, but many of these mini-projects spark ideas or a new direction for the sustained investigations."

And here are a few other works from Jessica’s portfolio: 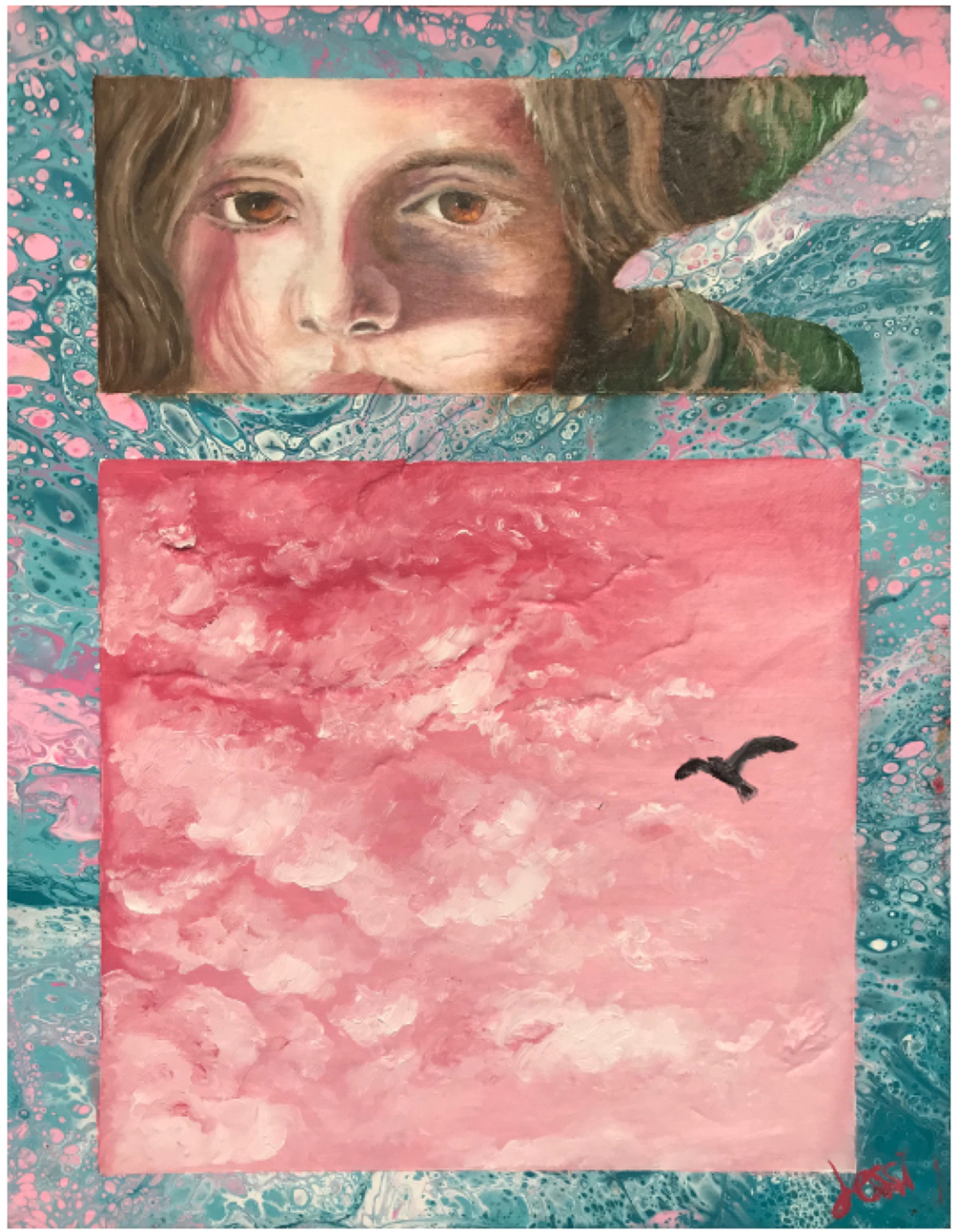 Showing a moment of serenity and using color to visually express music. 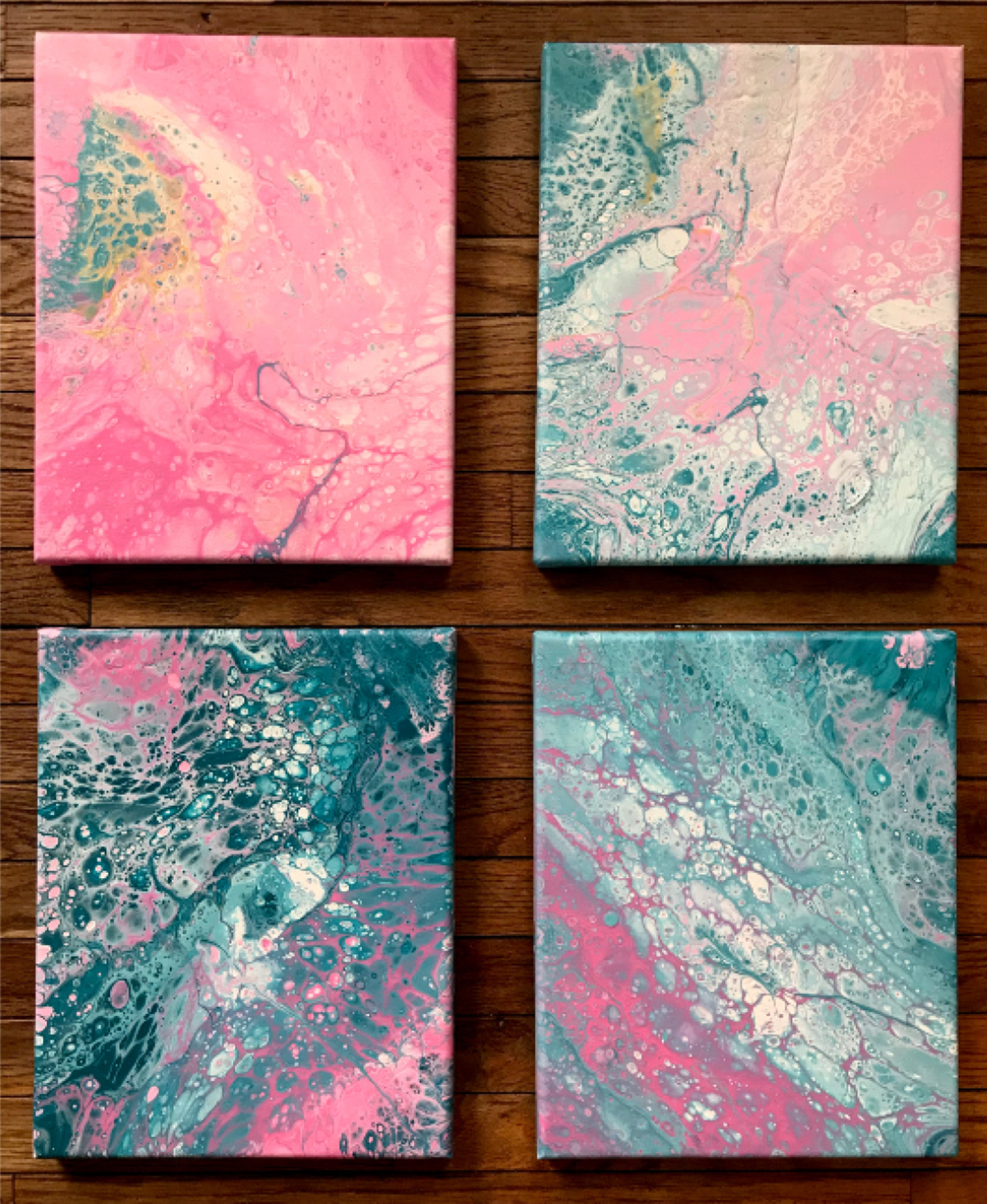 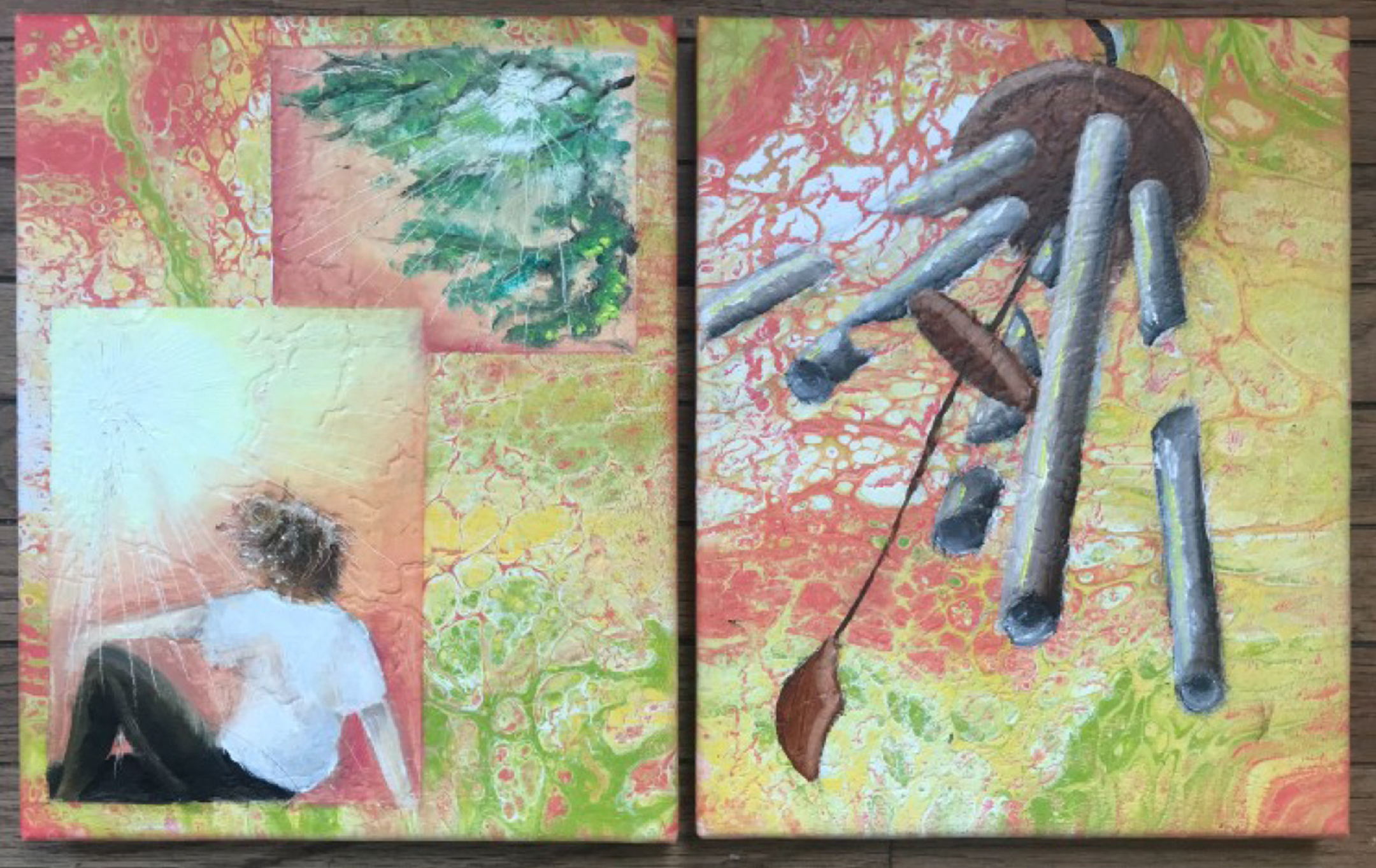 Using yellow and orange to express sunshine and visually interpret the sound of wind chimes. 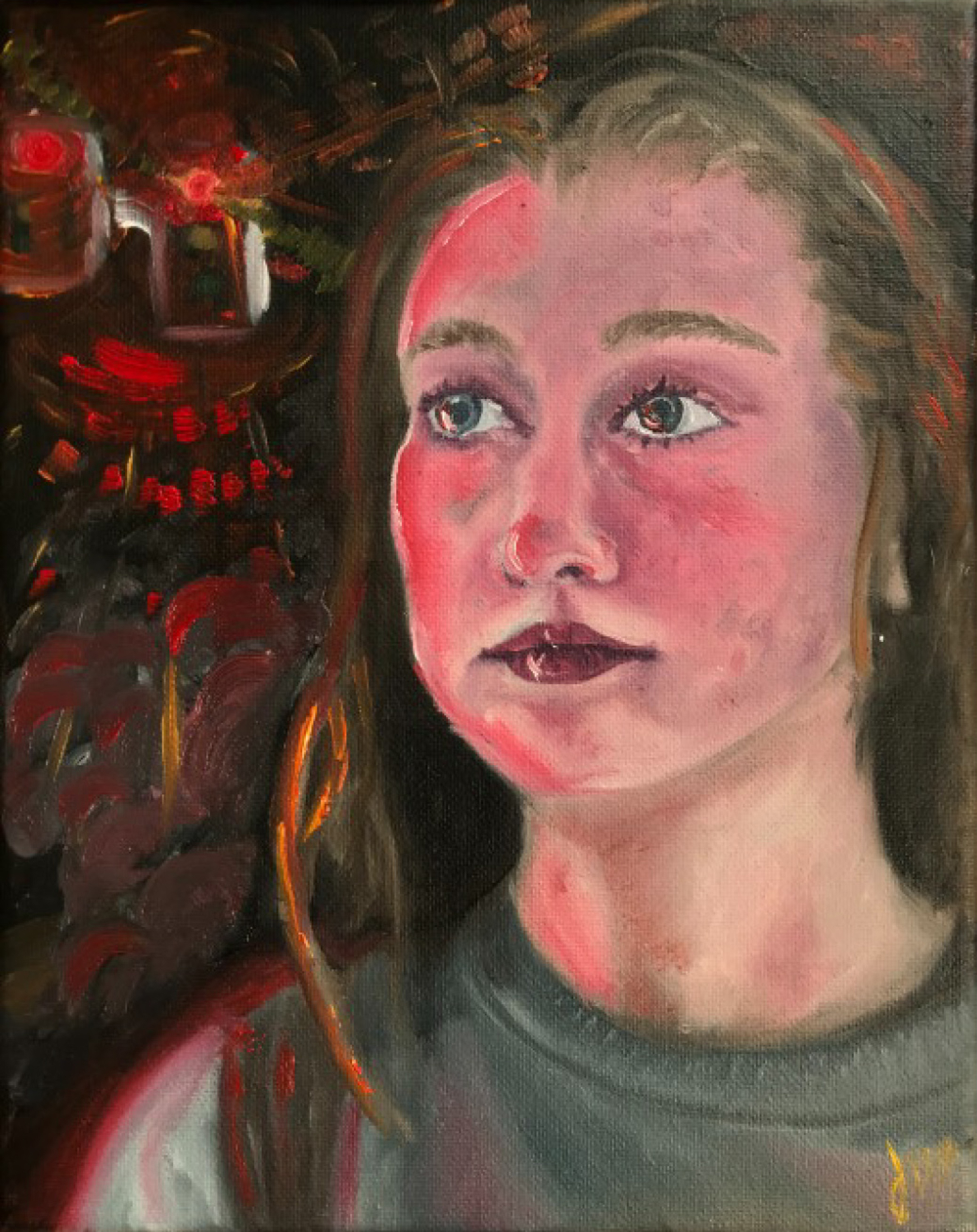 Using color light and mood to interpret emotions felt when walking early in the morning. 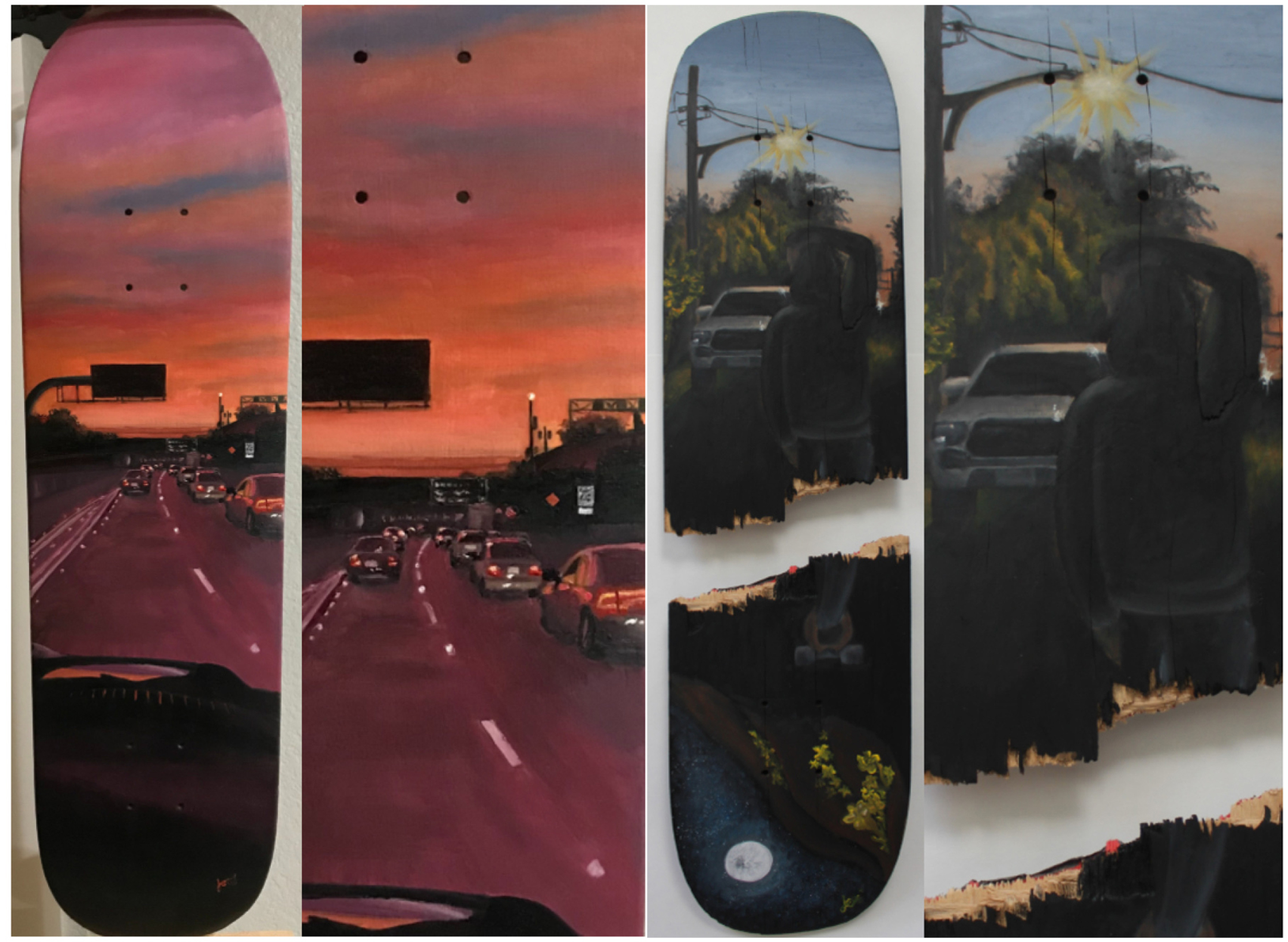 Placing the viewer in the painting, making them wonder about when and where they are going. Representing travel, experimenting with night and day moods with color, feeling of coming home. 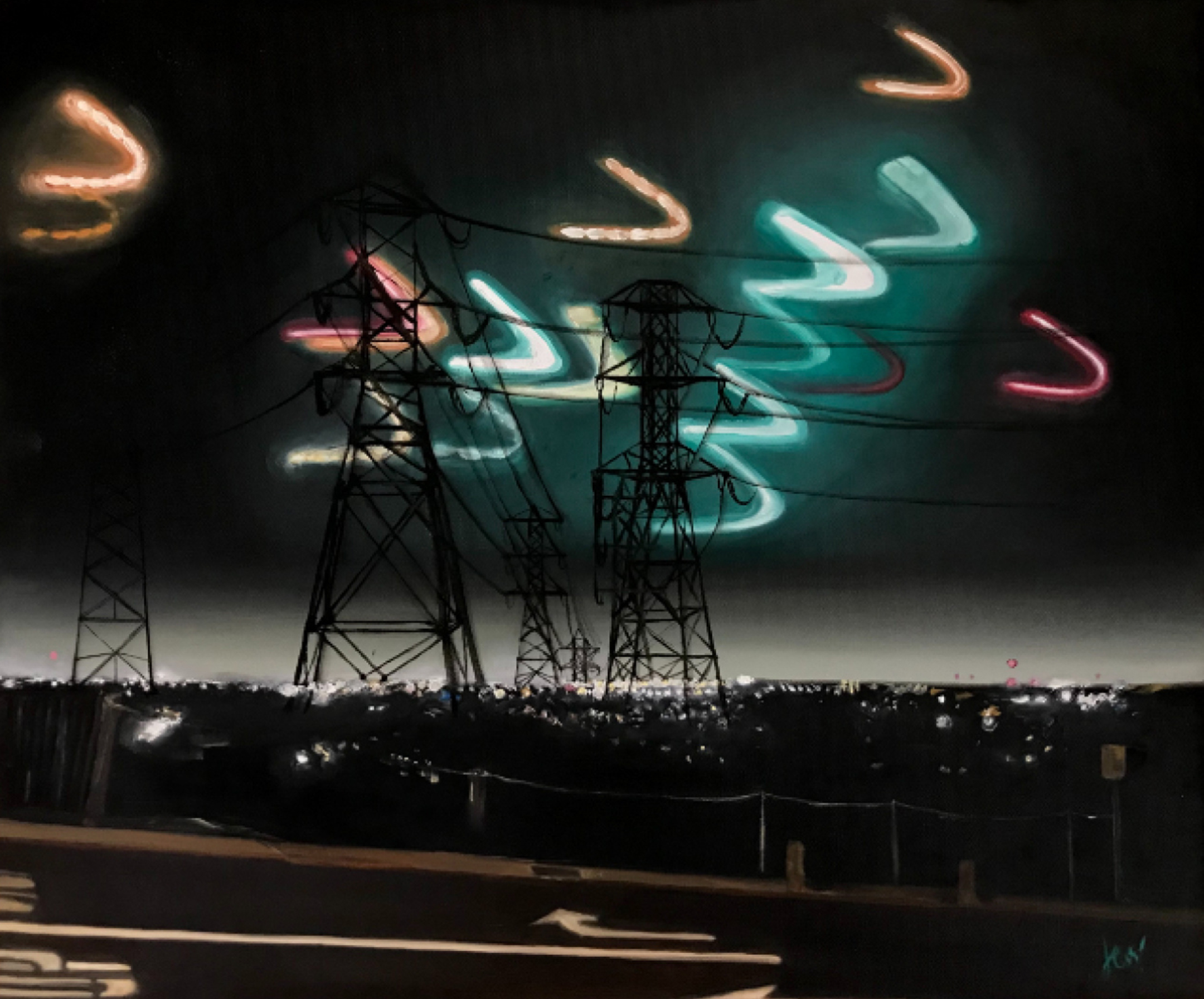 Showing how the world is big and full of possibilities, lights of life looming over the darkness. Perspective shows the size of the world, lights create visual association and contrast against lines. 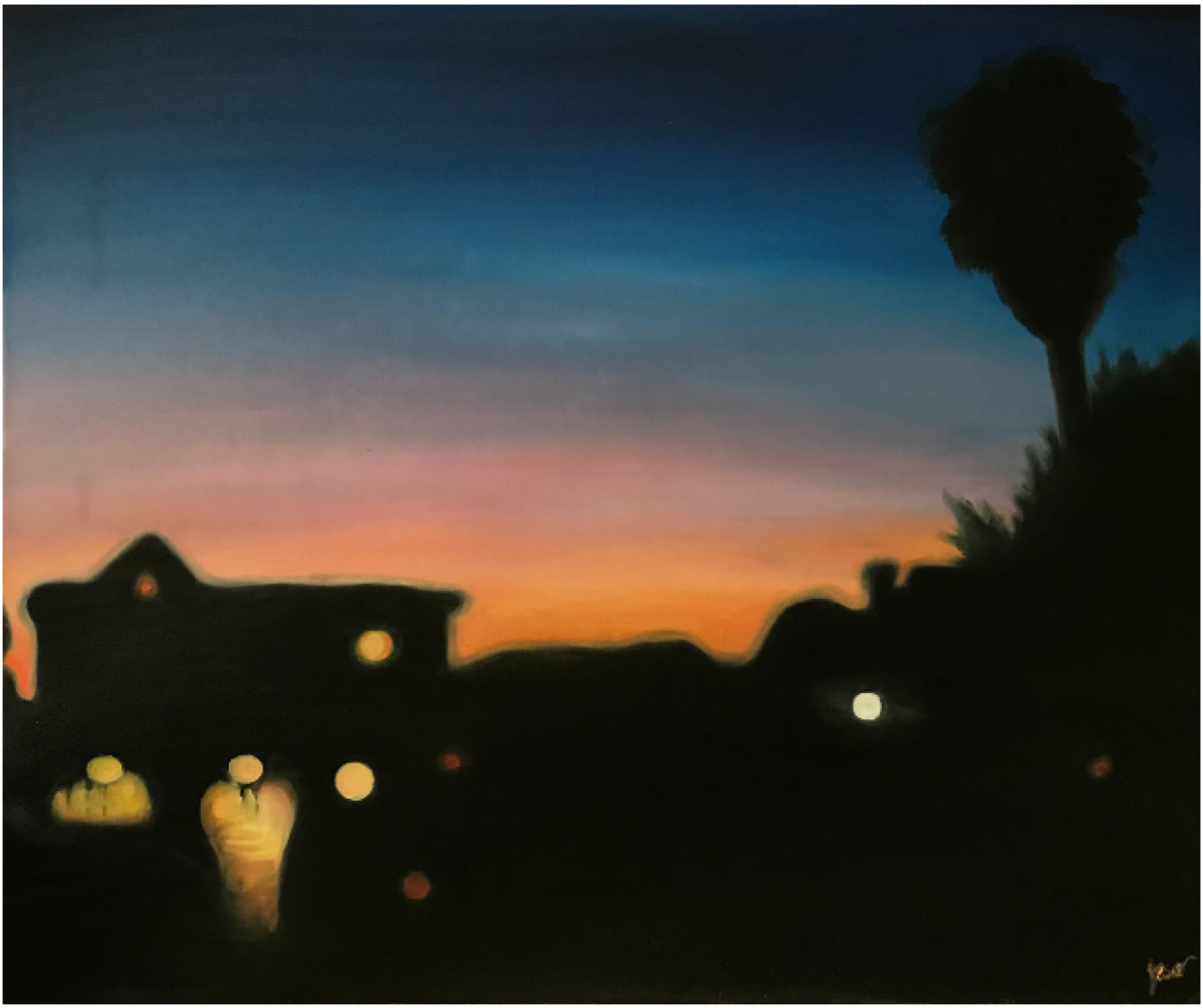 This is a take on the view from my own home, where I have always loved watching the sunsets. Using blurriness and soft colors to convey the fuzzy feeling of home and the day finally ending.