This week we feature a digital illustration made by Niké Harris Wu from East Lake High School in Tarpon Springs, Florida. 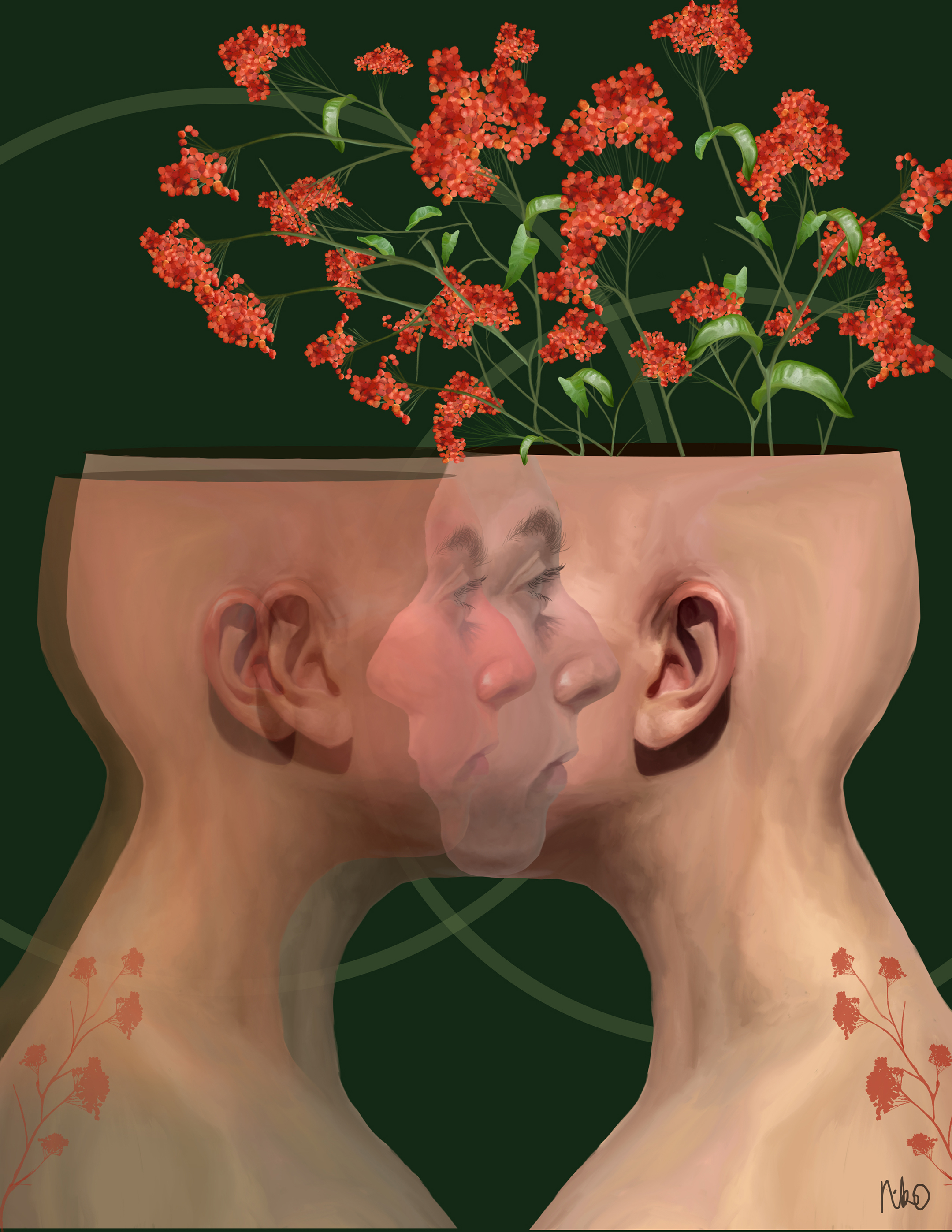 Here’s Niké’s statement on the work:

“Being from South Africa I investigated how native plants could benefit society. This piece, called ‘Inside Us,’ illustrates the Rauvolfia Vomitoria plant that is being considered to treat schizophrenia. I focused on plants that have psychoactive and traditional medicinal properties that can help mental health issues.

“With that came learning a lot about mental illnesses/disorders to accurately portray them. I got a lot of inspiration from surrealists and South Africa itself. Using those, I was able to create original ways to portray this specific plant. I experimented with illustrating the ‘loss of touch with reality’ schizophrenic people tend to experience. I did so through layering, opacity, and saturation in Adobe Photoshop.

“Having the faces overlap emphasizes the episodes of psychosis schizophrenic people experience. Revisions include changing the color of the face on the inside from green to orange, changing the shapes in the background from rectangles to circles. This ‘pot plant head’ character is referenced off a photo I took of a classmate.

“The best advice I could give to AP Art students is to do your Sustained Investigation on a topic you’re passionate about and throughout the year to keep revisiting artists/movements that inspire them. I’m so grateful for my teacher that stood by my side through it all. She was always making sure everyone was on track and believed in themselves which made the class so special.”

“Niké Harris is a remarkable digital artist. Her sustained investigation dealt with the natural botanicals of her native country of South Africa and the treatment of mental health issues. Nike is proficient in the use of Adobe Illustrator and Photoshop and used these programs to create this piece incorporating geometric symmetry with elements of transparency and balance. She is a student who is incredibly receptive to constructive criticism and was very involved in the critique process of her classmates. Our class critiques were done after each piece which was approximately every eight to nine days. Students then had two days to make changes before the final piece was due. As a digital artist, Nike was able to do active critiques on her work. Making changes and constantly compares the pieces to work through her design problems. Nike chose her sustained investigation early in the year and wrote her first artist statement by October and had a final statement set by the end of December. This part of the planning of her sustained investigation helped to guide her through her art-making journey. She had a solid foundation of what she wanted to explore and was able to experiment freely with her work. Her confidence and artistic ability shine through in this amazing piece.”

And here are a few other works from Niké’s portfolio: 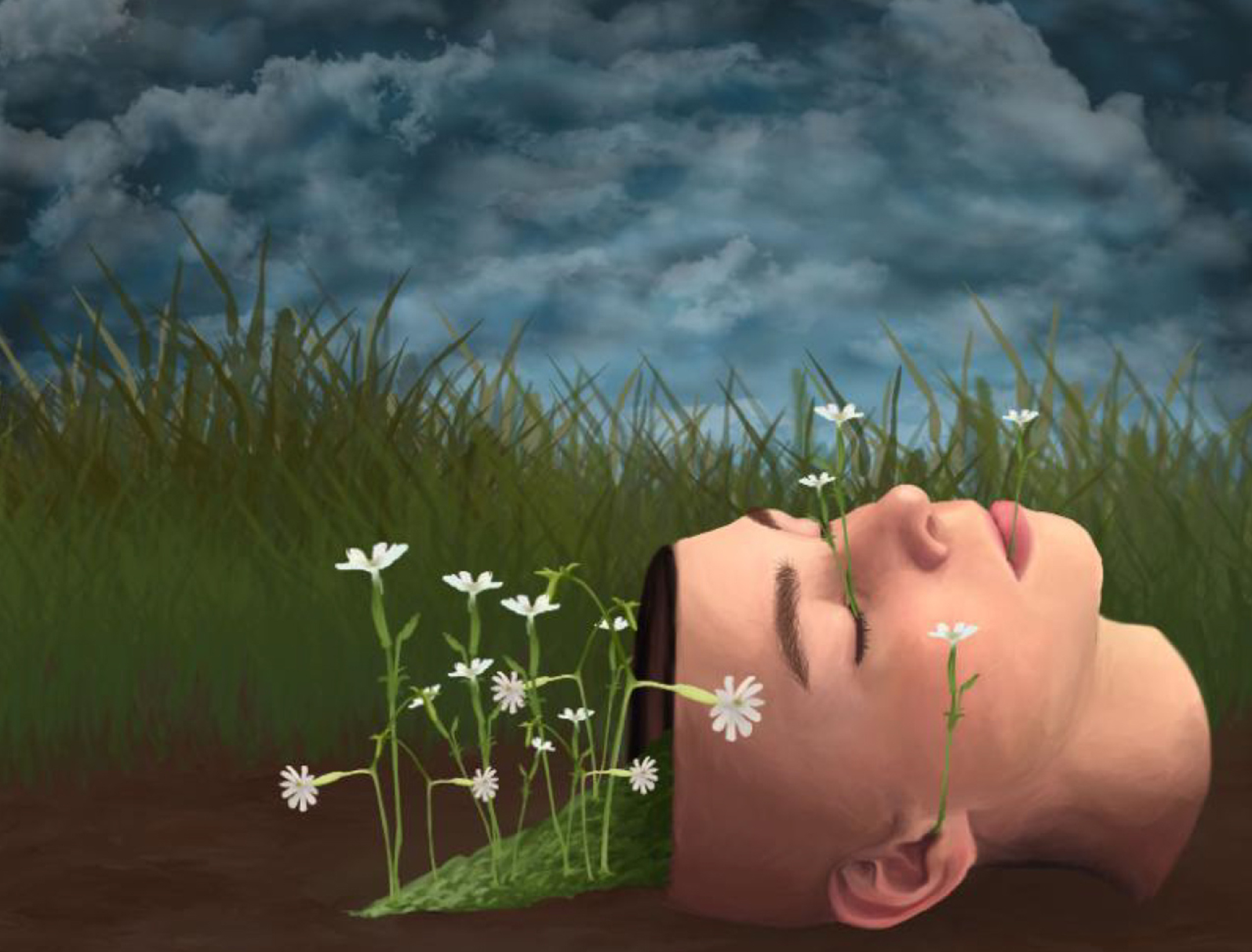 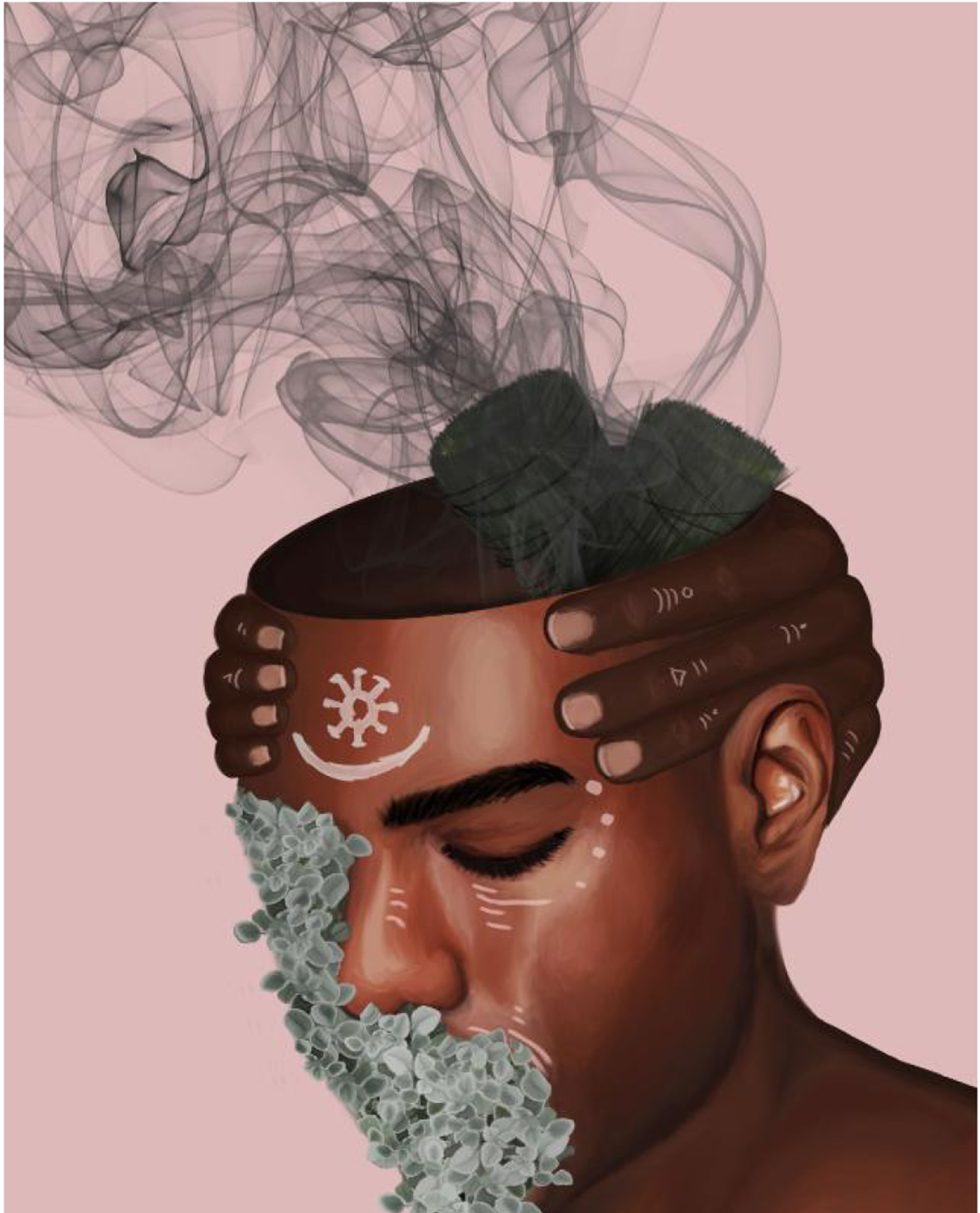 Experimented with smoke brush sets and revised color of background and placement of leaves on face. 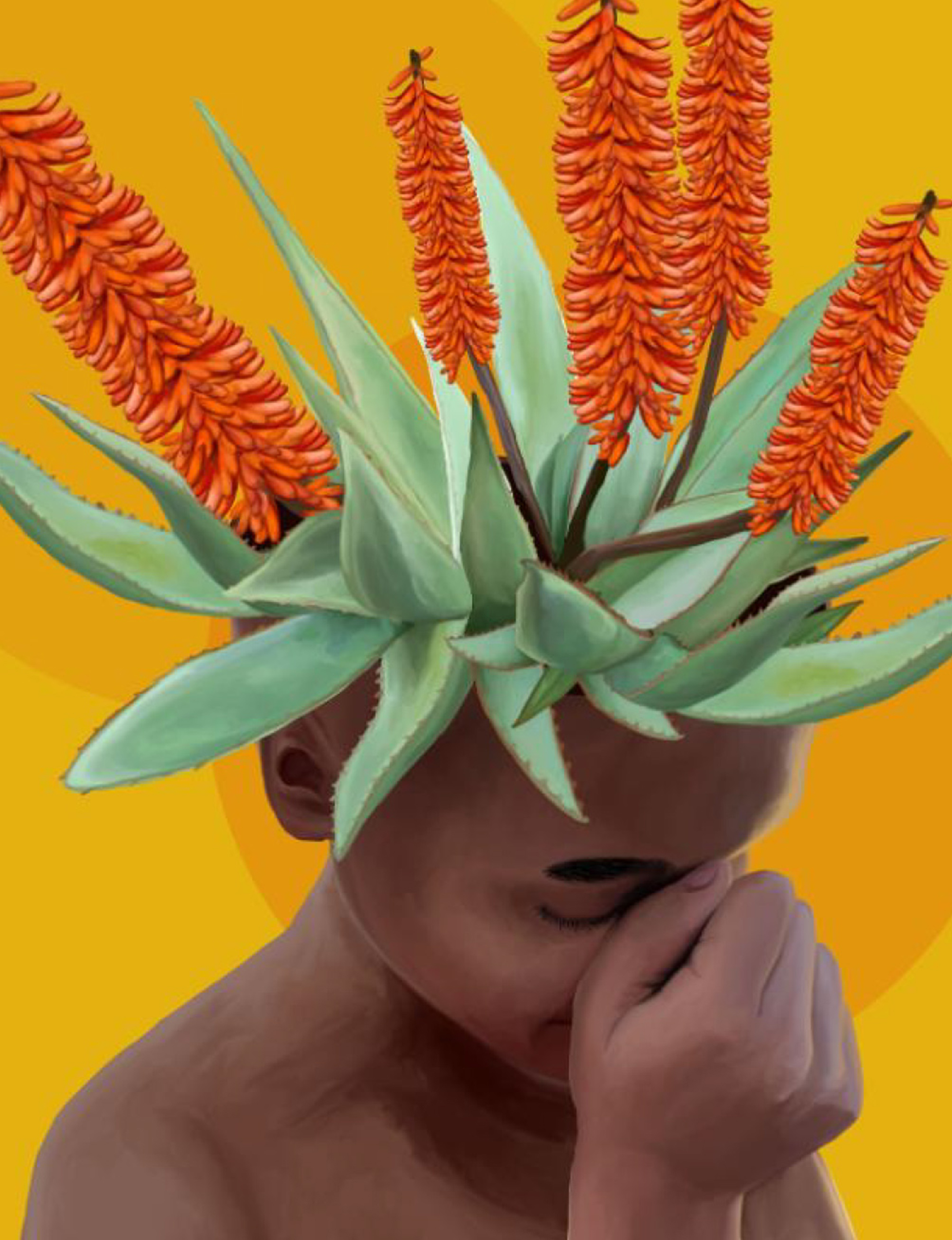 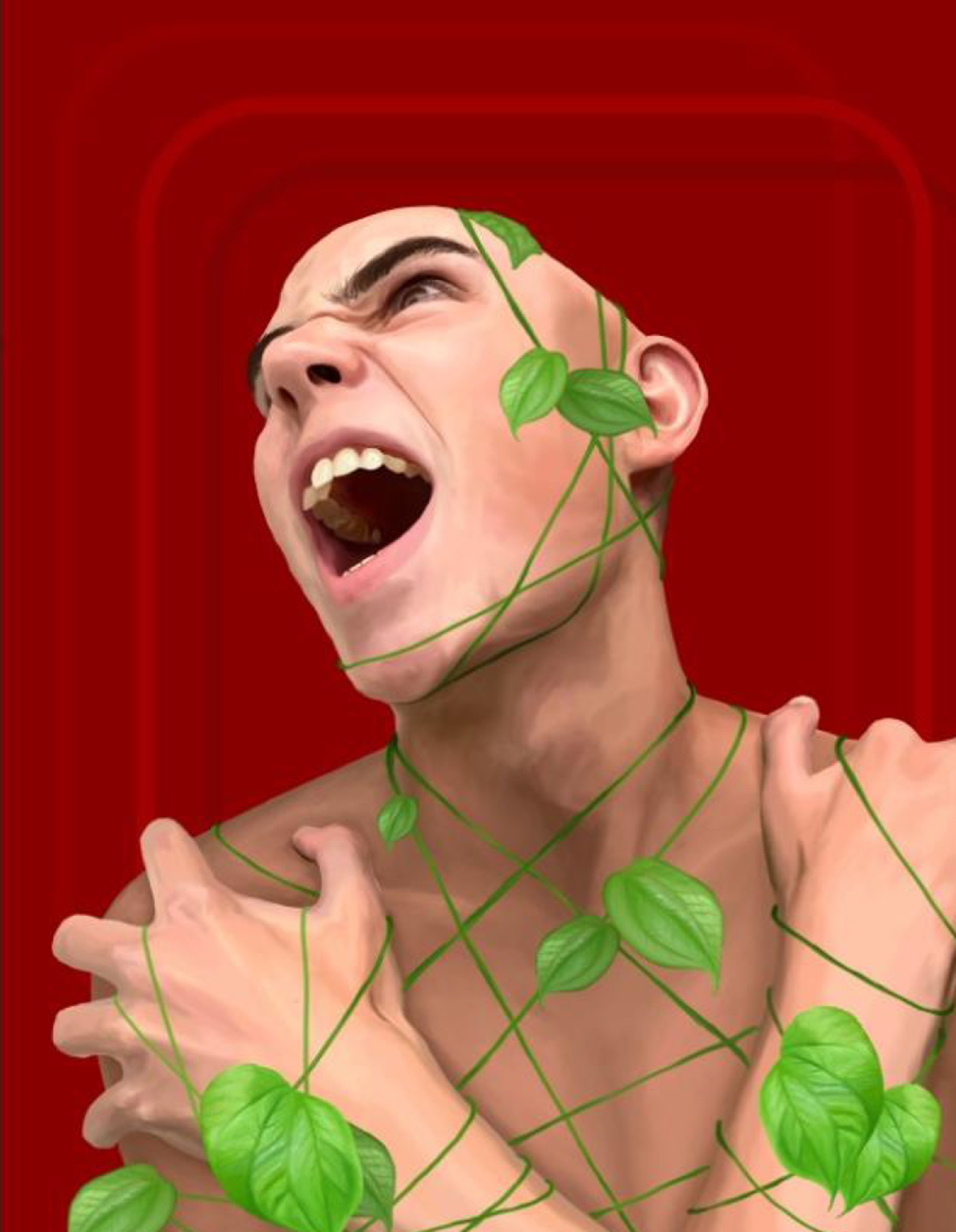 Experimented with layering shapes and shades as well as a more complex face expression. 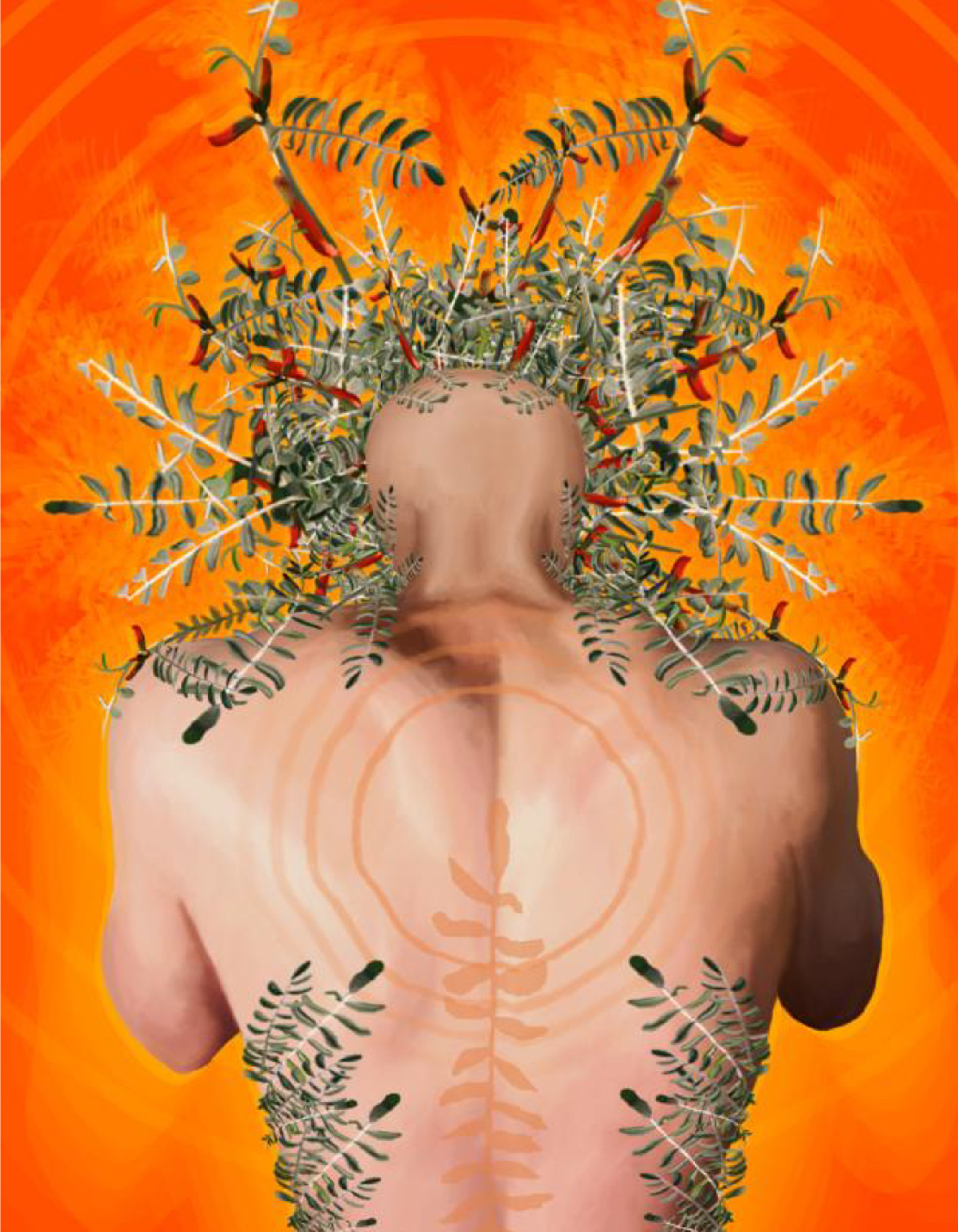 Cancer bush, a plant believed to help treat depression and anxiety through dried branches and powder. Played with opacity and creating markings on the skin.