The Road Ahead for Education Journalism

After 12 years leading the Education Writers Association, Caroline Hendrie is more focused than ever on ensuring that quality reporting about schools remains a “pillar of democracy”

When Caroline Hendrie began her journalism career in 1982, as a general assignment reporter in Connecticut, she wrote her stories on a manual typewriter. Forty years later, she stepped down as executive director of the Education Writers Association (EWA) with journalists filing stories on phones more powerful than the computers that helped put men on the Moon.

Hendrie has seen a lot of change in her four decades in journalism, as a writer, editor, and leader—particularly when it comes to education. And not all of it was technological.

When Hendrie was tapped to lead the Washington-based nonprofit EWA 12 years ago, the organization was undergoing a strategic overhaul. Its goal was to expand online resources for writers and increase advocacy for high-quality education news coverage. But Hendrie had something bigger in mind. She wanted to strengthen and diversify the nation’s education journalists and solidify the press corps’ role as a pillar of democracy.

Hendrie stepped into the role with education journalism facing major threats. In the first few years of her tenure, the hurdles education reporters encountered were documented in the 2016 “State of the Education Beat” report: time constraints, lack of expertise, and audience analytics driving too many news decisions. Six years later, the issues cited were dramatically different: “fake news” and misinformation, shrinking newsrooms, uncooperative leaders, less access to schools and college campuses, and hostility and harassment. In fact, 61% of the surveyed education journalists for the 2021 report said they’d been threatened or harassed by audiences or sources, with 7% saying those threats were made to their personal email or home address.

At the same time, there was an embrace of new opportunities. Nonprofit and philanthropy-funded journalism focused solely on education, such as Chalkbeat and The Hechinger Report, came online. And during the pandemic, education reporters became some of the most essential journalists—not only covering unprecedented school disruptions but serving as a vital conduit of information for families and communities about school closures, masking and vaccination policies, and basic day-to-day guidance on the state of schools.

Hendrie saw her role as helping education journalists navigate these tumultuous times. During her EWA tenure, she created new professional development for education reporters (such as “diving into data” workshops); built orientation programs for new beat reporters; created a diversity and inclusion task force; and hosted media-shy then-education secretary Betsy DeVos at their national conference (on the third try).

Hendrie stepped down as executive director of EWA in August 2022, and she recently spoke with The Elective about her time leading the organization, the future of education journalism, and her memories of her first days as a reporter. 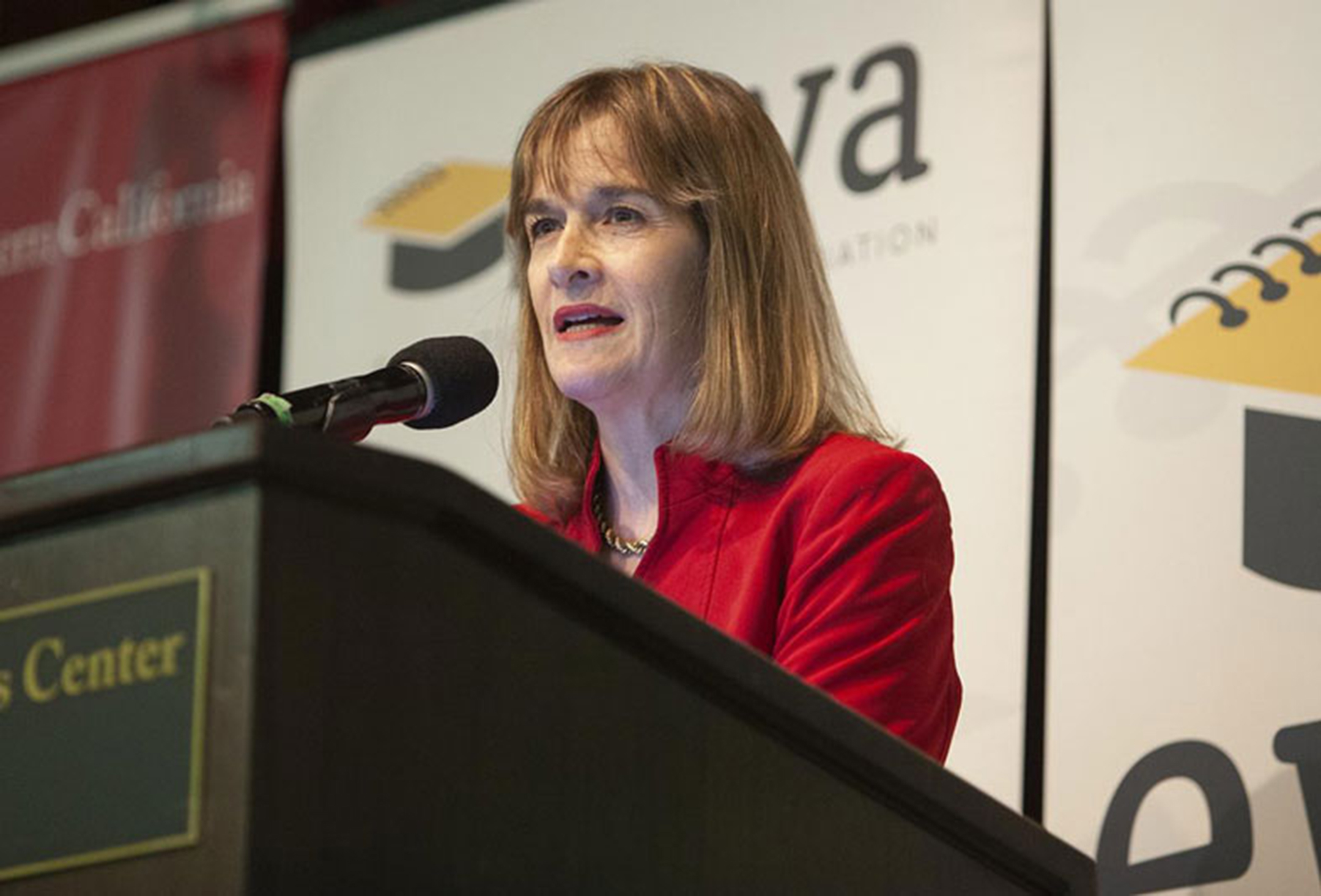 You worked as a journalist or on behalf of journalists for your entire career. How does journalism now compare with when you first got into the business 40 years ago?

My first full time reporting job was in 1982. I worked on a manual typewriter—not even an electric one! I covered the town: sewers, roads, the library, and the schools. My newspaper also had a morning and an evening edition, and if you think about the 24-hour news cycle, it wasn’t unlike it is now. You’d write a story that night and come in and write something new the next morning.

This was pre-internet. The fax was the big technology. Now, technology has completely transformed how journalists do their jobs. I’ve gone from a manual typewriter to a MacBook Air.

Is the change all good?

It used to be that newspapers set the agenda; they were competing hard for scoops. The digital revolution has really transformed every medium. Productivity has increased; the breadth of knowledge and skills that reporters have—and the resources they have access to—is remarkable. This has obviously, in part, contributed to a great downsizing in the number of newspapers. Thousands of positions have been cut. Newspapers are shrinking or disappearing. With all the ways to gather information now, there’s a decline of that person-to-person interview and interaction. As we move to remote reporting, newsrooms are no longer the center of gravity. And this is all contributing, sometimes, to the loudest voices getting through and getting amplified.

And another thing: The career paths are different now. You used to go from your local paper to state, and then to a national paper. Now, there’s a concentration of reporters on the coasts and fewer working at the state and local levels.

How has education journalism specifically fared?

It’s been a very mixed bag. At my old newspaper, the Bergen Record, we had five core state education reporters plus those out in the communities. We had quite a few boots on the ground. That has changed a lot. But even as we’ve seen positions cut, education journalism has benefited in that education has maintained its position as a pillar of democracy. That’s been a long tradition that has benefited education journalism specifically. High-quality education reporting is a public good, and it’s critical for democracy. There are all kinds of experiments out there now that are exciting to watch. 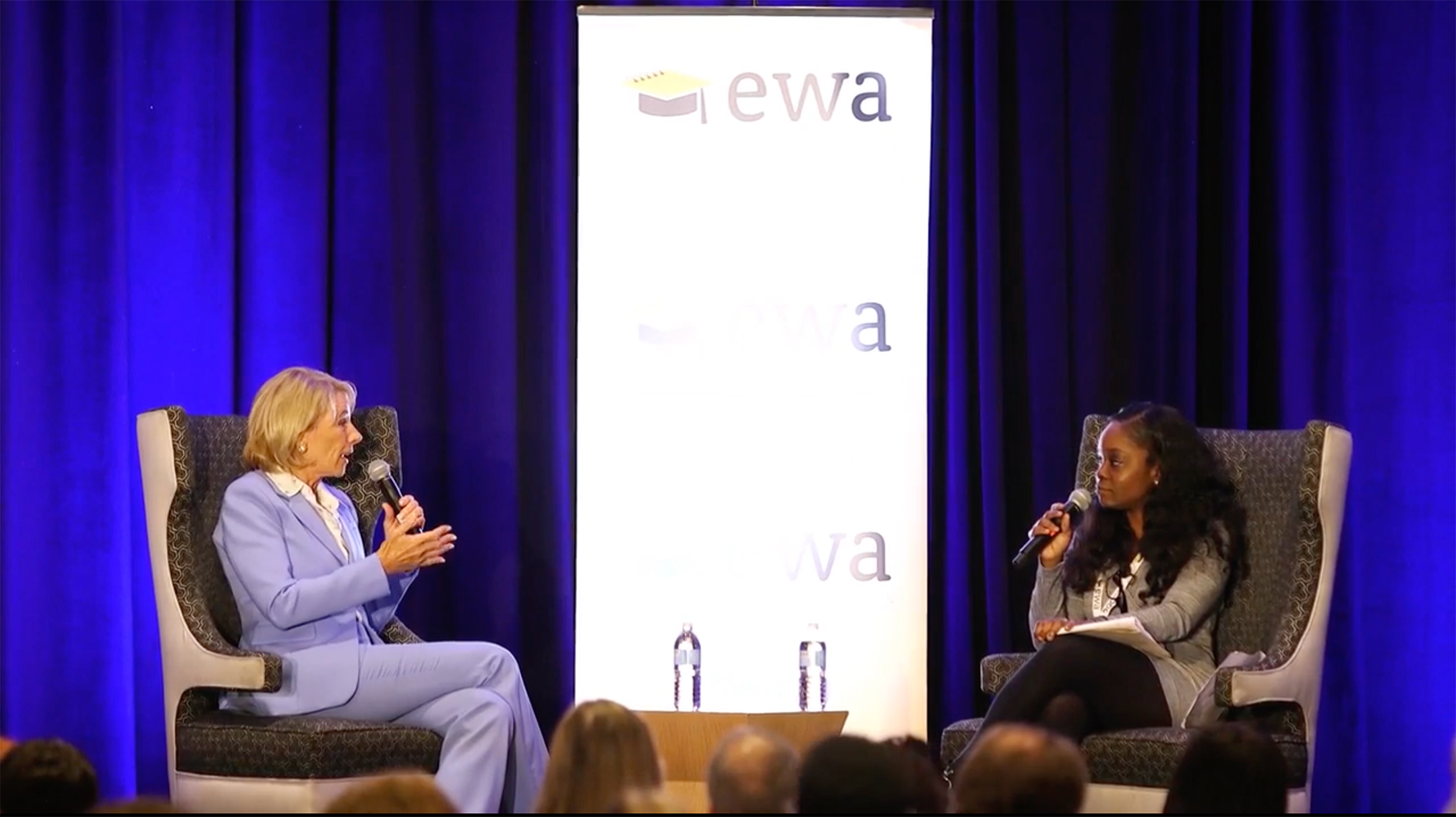 What kind of experiments?

One is Chalkbeat. How big will it get? They’ve just launched Votebeat. They’re a force in metro-based reporting on education. The second one to watch is in my home state, the launch of the Baltimore Banner. They have a very different model of becoming self-sufficient based on their subscriptions. It’s very unusual for a start-up in the digital age to focus on subscriptions.

We’re speaking soon after you ended your 12-year run as executive director of the EWA. What was your biggest accomplishment in the job? And what is the biggest challenge for the next leader?

The overarching accomplishment is we tweaked the mission to strengthen the commitment to the community of education journalism. We created a new-to-the-beat orientation. We started State of the Education Beat reports. We believe that education journalism is a career that people are committed to that requires a great deal of skills and knowledge. We created the EWA Radio podcast, where we talk to education journalists themselves about their work. We really worked hard to improve the quality and impact of our programs. All of that takes vision. To me the future leader needs a vision and then move deliberately to assemble and lead a team to realize that vision.

There is a lot of conflict and partisanship in America, and education hasn’t been spared. You see terms like “book bans” in headlines and fights over what’s taught in the classroom. What is the role of education journalists as these conflicts play out?

This is really hard. In this time of polarization and politicization of education, no one is going to get it right all the time. We need to truly lean into the responsibility of fact-checking, of representing a diversity of viewpoints, and avoiding the amplification of misinformation. Reporters are people. They have biases. But their professionalism will go a long way toward overcoming these inherent human traits. We need to double down on fairness and open-mindedness. That’s how we build trust with our audience. 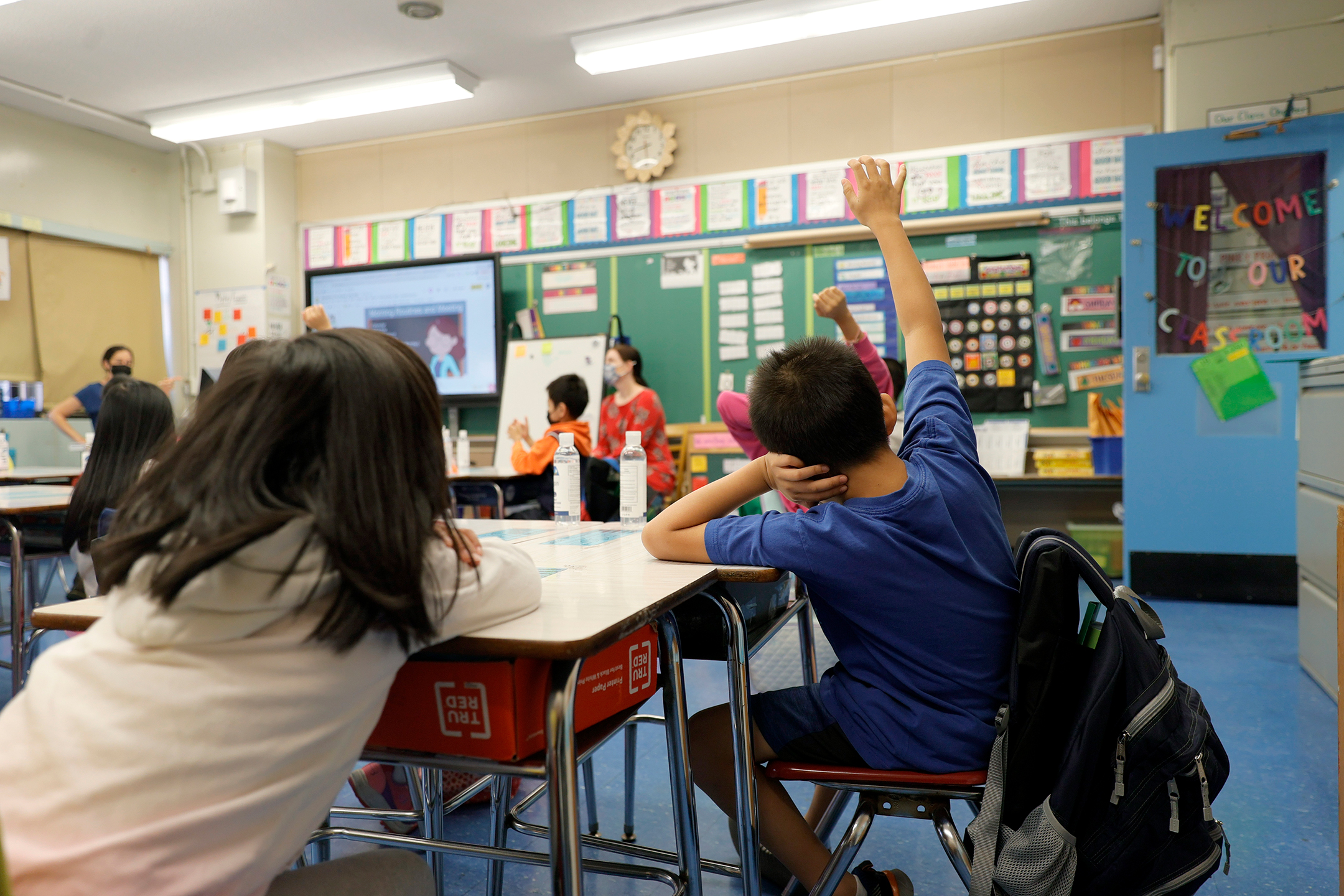 Co-teachers at Yung Wing School P.S. 124 give a lesson to their masked students in their classroom on September 27, 2021, in New York City.

What is the most important education story at the moment?

That’s a very tough question. I think the continuing impact of the pandemic and all the ramifications, including for equity in education. But also declining enrollment and how that will impact schools. Another related story is mental health, and how our systems of education respond. Of course, school safety is important.

Given the challenges we’ve talked about, how do education reporters tackle a complicated, data-rich subject such as the effects of the pandemic?

The story of the pandemic is about how we meld great human storytelling with a focus on policy and a focus on data. Throwing too many numbers at readers is not going to move people. Storytelling moves people. But storytelling not based on facts or data does us all a disservice. This is the art and science of great journalism. This is why it’s so important to specialize.

What’s next now that your time at EWA is over?

I really want to continue contributing to the education journalism sector. It’s a field within a field that I feel passionate about. Education and journalism are both pillars of democracy at a time when democracy is facing tests that none of us should minimize. Right now, I’m doing a special project on education journalism and philanthropy for the Carnegie Corporation of New York. But what exactly my future looks like beyond that is a work in progress.

Education and Media at a Crossroads

The Public Perception of Education