Published in Fall 2002, a year after the September 11 attacks, the president of Pace University argues that a new momentum for promoting student participation in the decision-making processes that affect them would eventually improve America's democratic institutions

Nearly 20 years ago, in the immediate aftermath of the terrorist attacks of September 11, 2001, it seemed like the United States could enter a period of civic reunification. Congresspeople of both political parties, once bitterly divided over so many issues, stood on the steps of the Capitol Building together, and sang “God Bless America.” A spirit of bipartisanship seemed to sweep the nation as Americans came to grips with the horror of that day.

Perhaps unsurprisingly, that unity proved fleeting as the nation launched the war on terror and retrenched along ideological, cultural, and economic battle lines. But it led many people, like David A. Caputo, the then-president of Pace University, to imagine and encourage a renewed, lasting spirit of civic engagement—starting with students. He made that pitch in the Fall 2002 issue of The College Board Review, arguing that are far too few civic-minded programs on campuses, and that needed to change.

Like most people, Caputo couldn’t have predicted the rise of social media and how it would boost some aspects of civics while eroding others. That makes his proposal all the more urgent today, two decades after 9/11, as Americans find themselves at another inflection point, grappling with the coronavirus pandemic and its impact on our economy, system of government, and civic engagement 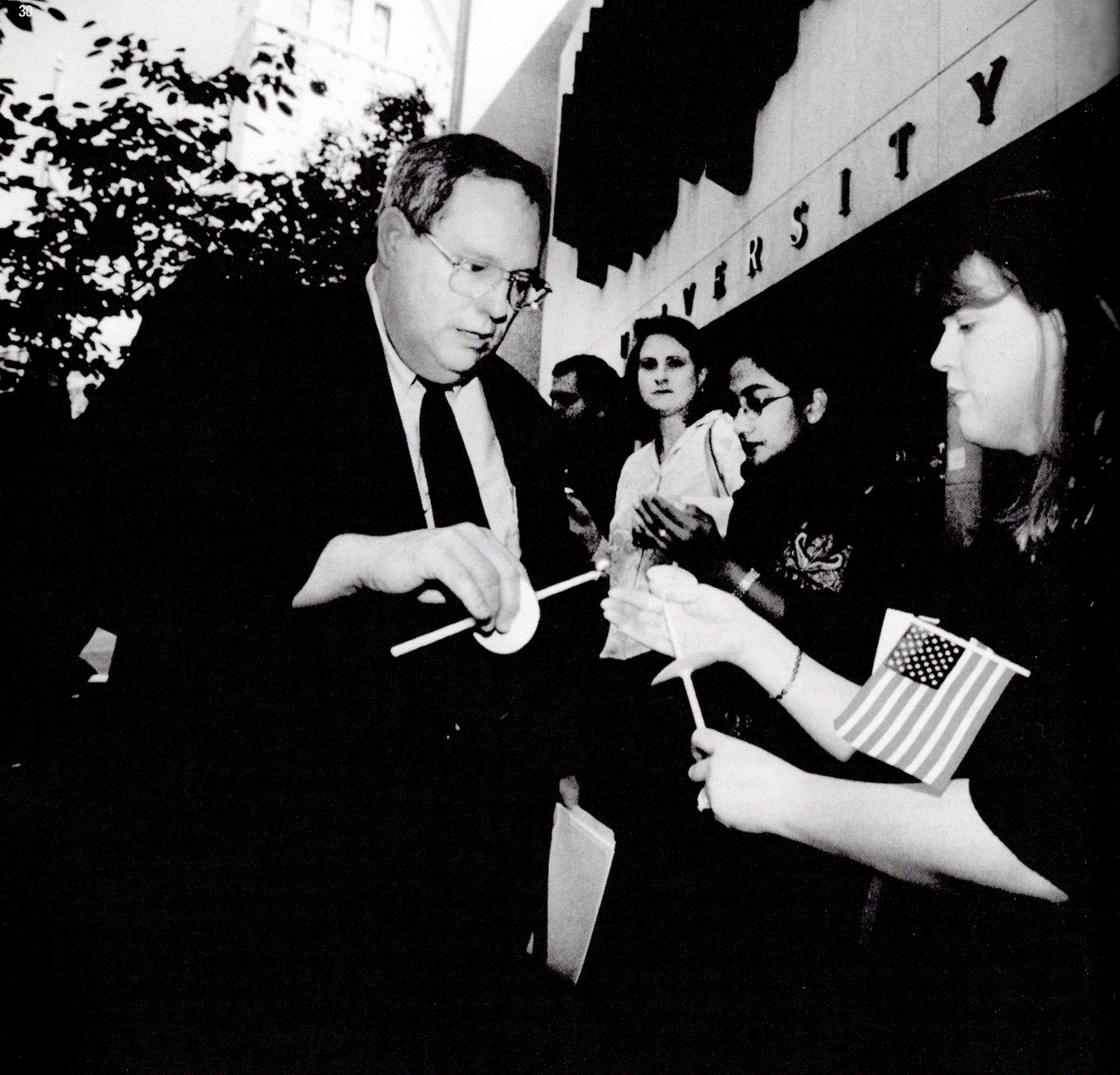 The author, president of Pace University, lights a candle with a student during a vigil to mark September 11.

To say that we don't live in interesting times is to deny the enduring authority of the proverb. A case in point is the current discussion on civic participation, also often referred to as civic competency, responsibility, or engagement. All three terms share a general definition: the understanding of our local, state, and national political institutions, including their intellectual foundations, purposes, and aims. This understanding extends to how a citizen can participate in the decision-making processes of each institution.

What makes this discussion so interesting and important is that today's college student and college administrator are being urged to develop or expand programs that provide service learning or other civic-related opportunities for students. This is not a new movement, but it has new momentum. Cynthia Gibson's review of the intricacies of the various programs, From Inspiration to Participation, begins by pointing out that the "heart of a healthy democracy is a citizenry actively engaged in civic life ..."1 Her summary of the various programs and approaches to student participation provides a useful overview while also pointing out the complexity of the subject. For instance, student participation is more than merely voting or indirectly participating in public policy decisions. It is the actual involvement in public policymaking and the clear understanding of what the policymaking process involves. At least this is the gold standard by which programs and indeed colleges are to be judged when programs are compared. Student involvement is now considered a major part of their intellectual development. Without such an experience, according to this argument, the student graduates in an intellectually incomplete state, also lacking practical understanding of how to influence society. Students and society consequently suffer.

How did we get to this point? Clearly, a variety of forces have come together to make this discussion so important and timely. The first is the enduring and historical importance of participation in societal decision making. Since societies began to organize themselves. debate has centered on the individual and the leader, and how the common citizen was to influence policymaking. Skipping thousands of years of political theory and various discussions, a second reason for the reemergence of this issue has to deal with the role of homo civicus and homo politicus.2Homo civicus is the political leader who spends most of their time involved in politics. Homo politicus is the individual who participates when they feel it is necessary, but often only through indirect means and without passion. It is commonly thought that leaving too much to homo politicus corrupts society and reduces the influence of homo civicus. There must be the right balance: homo civicus must influence the process whenever they wish. Otherwise the foundation so important to sustain a democracy will erode.

Couple this concern with the late twentieth-century development of decreasing voter turnout and a more apolitical public and you see reasons for concern. In his book Bowling Alone, Robert Putnam documents why and how Americans' declining participation in voluntary associations threatens the fabric of American democracy3 Putnam uses social and historical data to explain that a vibrant democracy requires voluntary interaction. Without it, democracy would weaken to the point of risking replacement by another form of government. 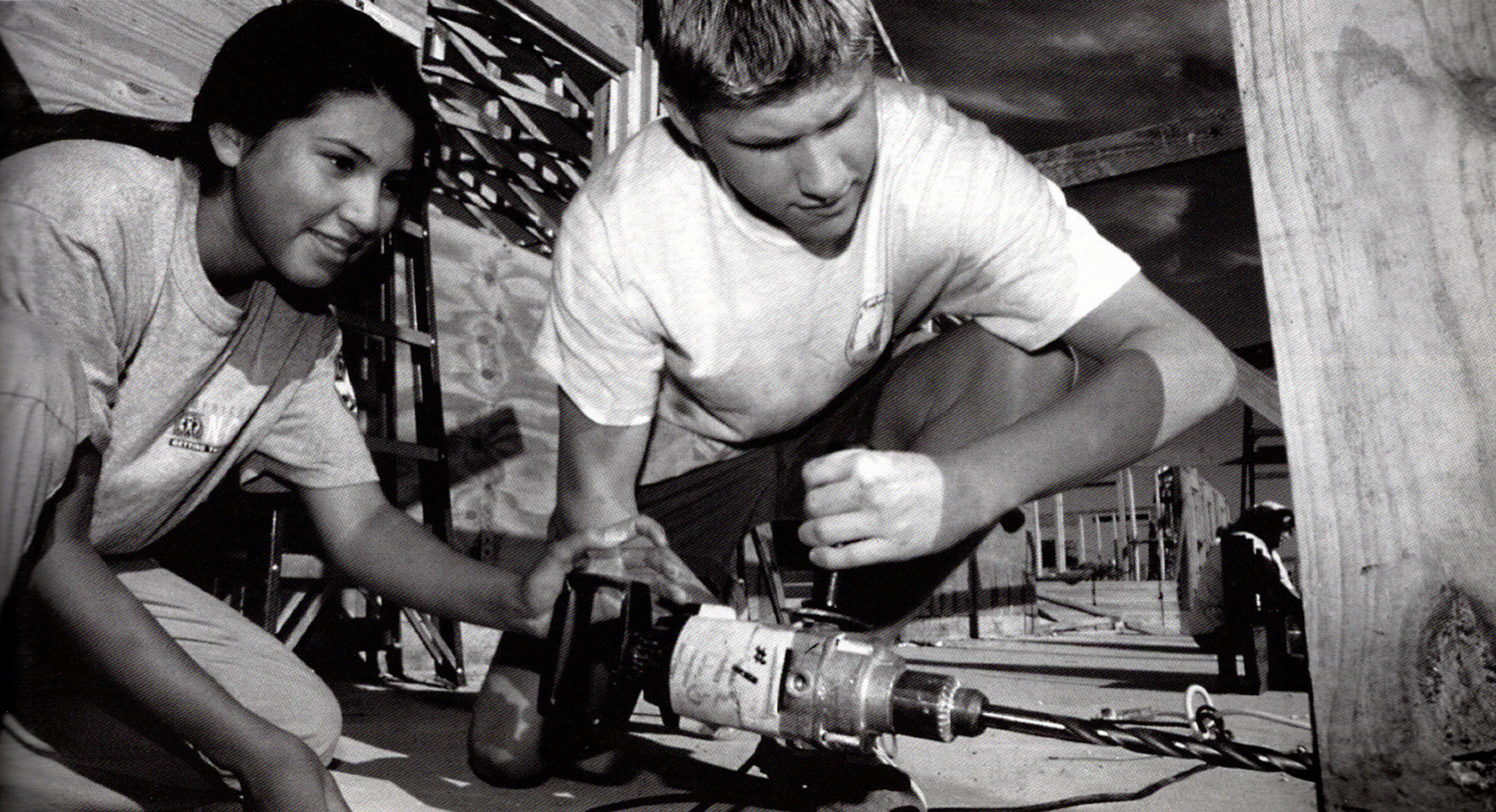 An AmeriCorps member (left) and a college volunteer at work in Miami, Florida.

The Value of Experience

So it is clear why not only social scientists but others have been concerned with the relationship between student engagement and democratic values. The two are connected, and if an undergraduate curriculum is to be successful, students must have opportunities for firsthand experience in civic engagement, such as working for a public agency, volunteering in a social welfare agency, or working for groups attempting to influence government policy. Such participation strengthens the foundation of a democratic society and increases its responsiveness. This is especially so as students come of age and aspire to a new generation of leadership.

On many campuses today there are offices to provide these opportunities and national organizations such as Campus Compact work tirelessly to ensure that activities like internships and externships take place, and that they directly relate to the other aspects of the undergraduate's education.4 A few campuses have gone so far as to require a service learning or civic competency course for all of its undergraduates, while most only recommend it or ignore the issues involved.5

The final cause for the present interest in civic competency came with the terrorist attacks of September 11. Americans responded, and American college-age youth especially so, with an outpouring of desire for involvement in a civic structure where the individual could participate and contribute something. Many Americans, especially college students, felt a strong sense of national community for the first time. Senator Evan Bayh, Democrat of Indiana, spoke for many when he argued that "if we really want to go beyond symbolism and have service become part of the fabric of our society, it requires a much larger scale and scope. If we don't seize this moment, it'll be a lost opportunity".6 Senator Bayh and Senator John McCain, Republican from Arizona, have proposed expanding AmeriCorps to up to 250,000 participants, so that service projects would be much more available. A similar call to increased civic participation has developed on many of our campuses with renewed interest in engaging our students and with emphasizing the importance of such experiences.*

At present it seems clear that civic participation attracts students. But too many campuses and programs are singularly narrow and attract the very students who would be participating in such activities in any case. There are few programs that involve the entire campus—faculty, staff, students, alumni—as a community. If voluntary participation is important for the student, it should also be an important aspect of everyday campus life for all the constituents of a college university. Thus the programs that are likely to be the most successful will be those that involve people of different ages and various parts of the community. These take much more creativity and funding than those that work only with students. What is needed is the engaged college or university, not just a portion (and often a small portion) of the student body.7 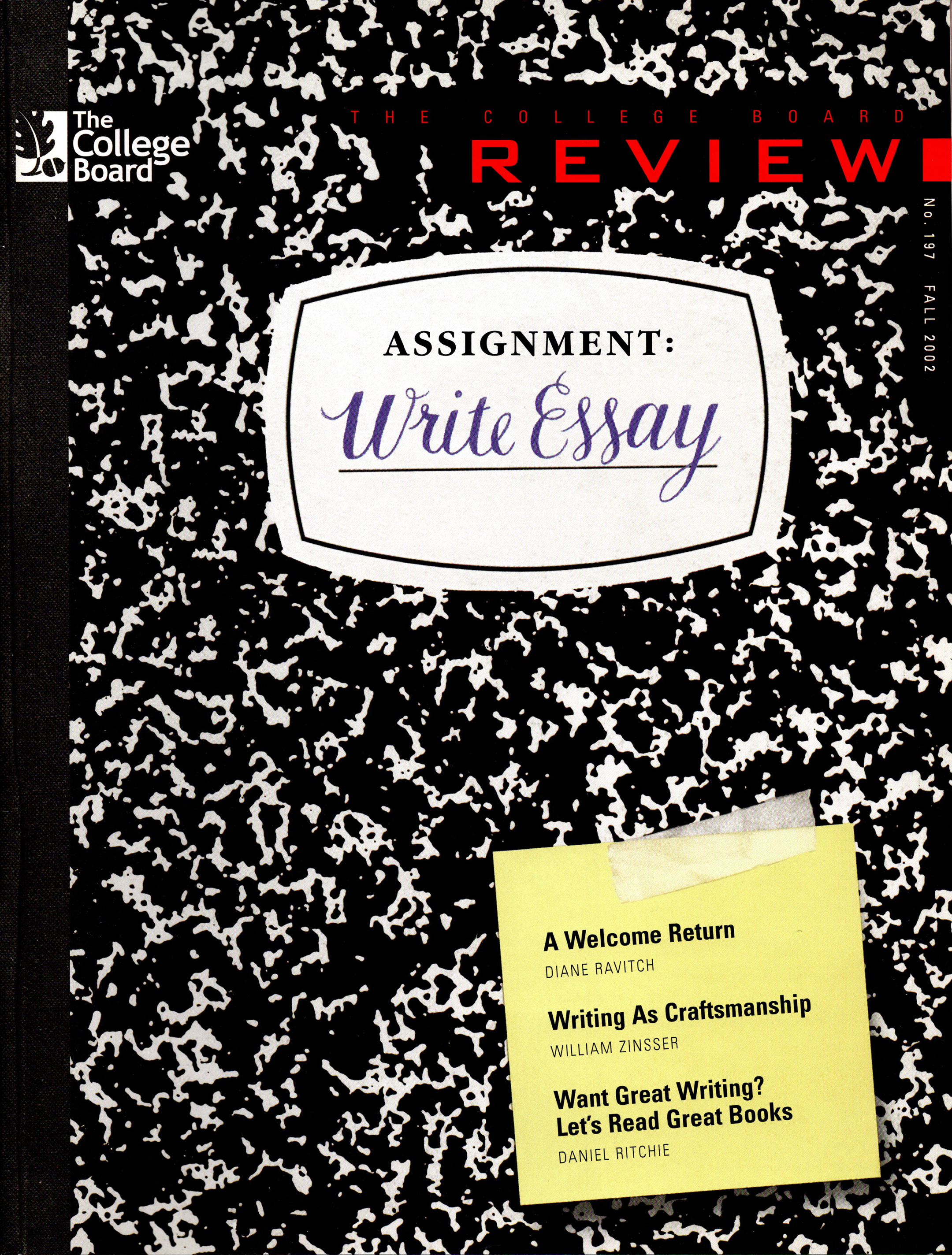 How can this to be accomplished? Informally, a loose confederation of campus groups and organizations can work together to define areas, where they will martial their resources. The sites can be on or off campus. A more formal arrangement might involve the college or university agreeing to provide an hour or more a month of paid time for an employee to work in their community and to develop and find a central office that works to match college and university strengths with needs on campus or in the broader community. Whatever the course of action taken, a campaign for civic competency must involve community participation by many more students, joined by others from throughout the country, than those who are now involved. Everyone must understand that his or her involvement does in fact make a difference and that a successful experience in one area leads to increased participation in another.

Of underlying importance are the understanding one gains and the belief one then accepts in the idea that intervention and participation are worthwhile and result in a greater understanding of policymaking, regardless of whether political victory ensues.

Next, there is an important and often overlooked item that any successful program must include: the careful and rigorous analysis of results. Do we really know that engagement leads to a more involved citizen and not a more cynical one? Does a more engaged community have a more democratic set of values and expectations? The prevailing political theory argues that it will and does, but do we know this empirically, given all the changes of the last few years? Any plans for such programs must include a careful assessment that would take several decades to fully measure.

As the prevailing discussion indicates, this is a complicated and often complex yet important topic. The level of discourse concerning it must remain high and all of us in higher education leadership must develop programs resting on foundations unique to our individual campuses, but also with the common characteristic of improving the quality of public decision making. It is a formidable but clearly attainable goal. 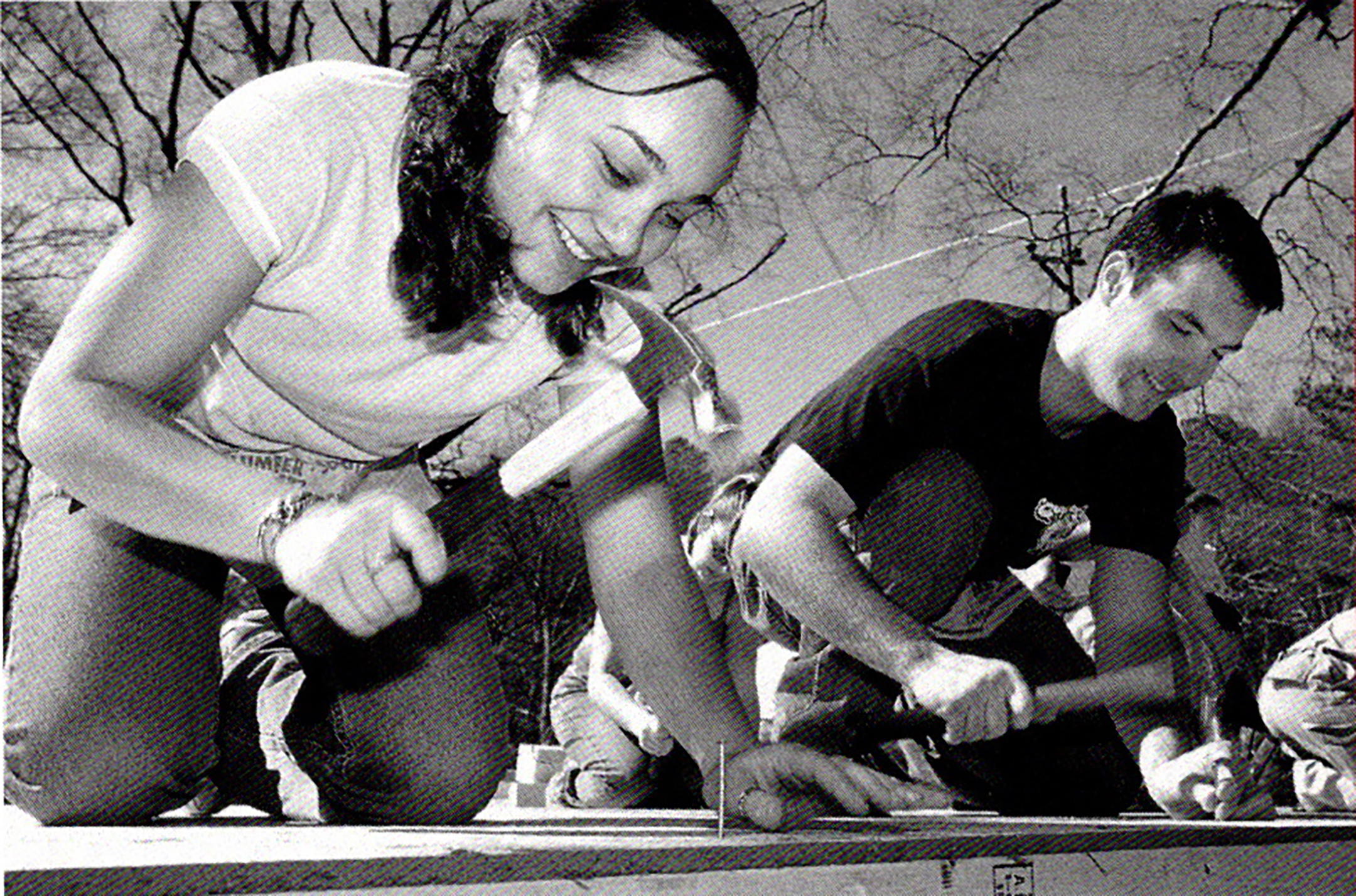 Habitat for Humanity volunteers work on a house in Anniston, Georgia.

2. Political theorists have long contended about civic and political man and the significance of each for a democratic society. Robert Dahl's Who Governs (New Haven: Yale University Press, 1961) provides a useful perspective.

4. Please see any of Campus Compact's various publications to better understand the program it endorses and its underlying philosophy. A good starting point would be the Compact Current, published three times a year by Campus Compact.

5. I know how extraordinarily difficult it is to have a faculty support required service learning. Few faculties do. At Pace University a faculty-sponsored reform of the general curriculum resulted in a three-hour requirement for all undergraduates to complete a course that involves community service and stresses civic engagement and competency.

7. A group of college and universities are working to develop campus/community programs that would involve the entire campus. These institutions, to be known as Project Pericles institutions, have been working together for several years to develop specific programs and activities to engage an entire campus. Supported by the Eugene Lang Foundation and the Carnegie Corporation, Project Pericles aims to set a national standard for civic engagement and competency for higher education.

* Editor’s note: The McCain-Bayh bill, the Call to Service Act, was never passed. It was superseded by President George W. Bush’s proposal to create the USA Freedom Corps, which would have increased groups like AmeriCorps by 200,000 members and called Americans to volunteer service. Aspects of the Freedom Corps program still exist, including various volunteer programs and the White House Office of Faith-Based and Neighborhood Partnerships, which itself has been likely replaced by the Faith and Opportunity Initiative created by the Trump Administration.

Immigration and the Traditions of Liberty