Debating Education Without the Flamethrowing

Frederick M. Hess and Pedro A. Noguera  view American education from very different perspectives: Hess is a conservative thinker at the American Enterprise Institute, and Noguera is a progressive advocate and Dean of the University of Southern California’s Rossier School of Education. But they share a desire for more “courageous conversations” across party lines—and within them. “Our aim is to better understand one another and why we think about education the way we do,” they write in A Search for Common Ground: Conversations About the Toughest Questions in K-12 Education. “Courageous conversations require sitting down with those who see, think, and feel differently and then being willing to listen—not lecture.”

You’d expect a book-length exchange about education, between two people on opposite ends of the ideological spectrum to feature plenty of fireworks. School choice, teacher pay, and testing are just a few issues that spark off a fraught national education debate that feels stuck in an endless loop of confirmation bias and recrimination. But Hess and Noguera’s search for common ground, conducted through long and thoughtful letters over the past year, proved surprisingly successful. The result is a nourishing and engaging read. “Our conversation showed me that we have more in common than I realized,” Hess writes. “[W]e can disagree on vital questions while still presuming good intentions, arguing respectfully, and extending one another a measure of grace.”

I spoke with Hess and Noguera recently about why they wanted to write this book, and what lessons it holds for educators, students, and policymakers in a politically divided era. 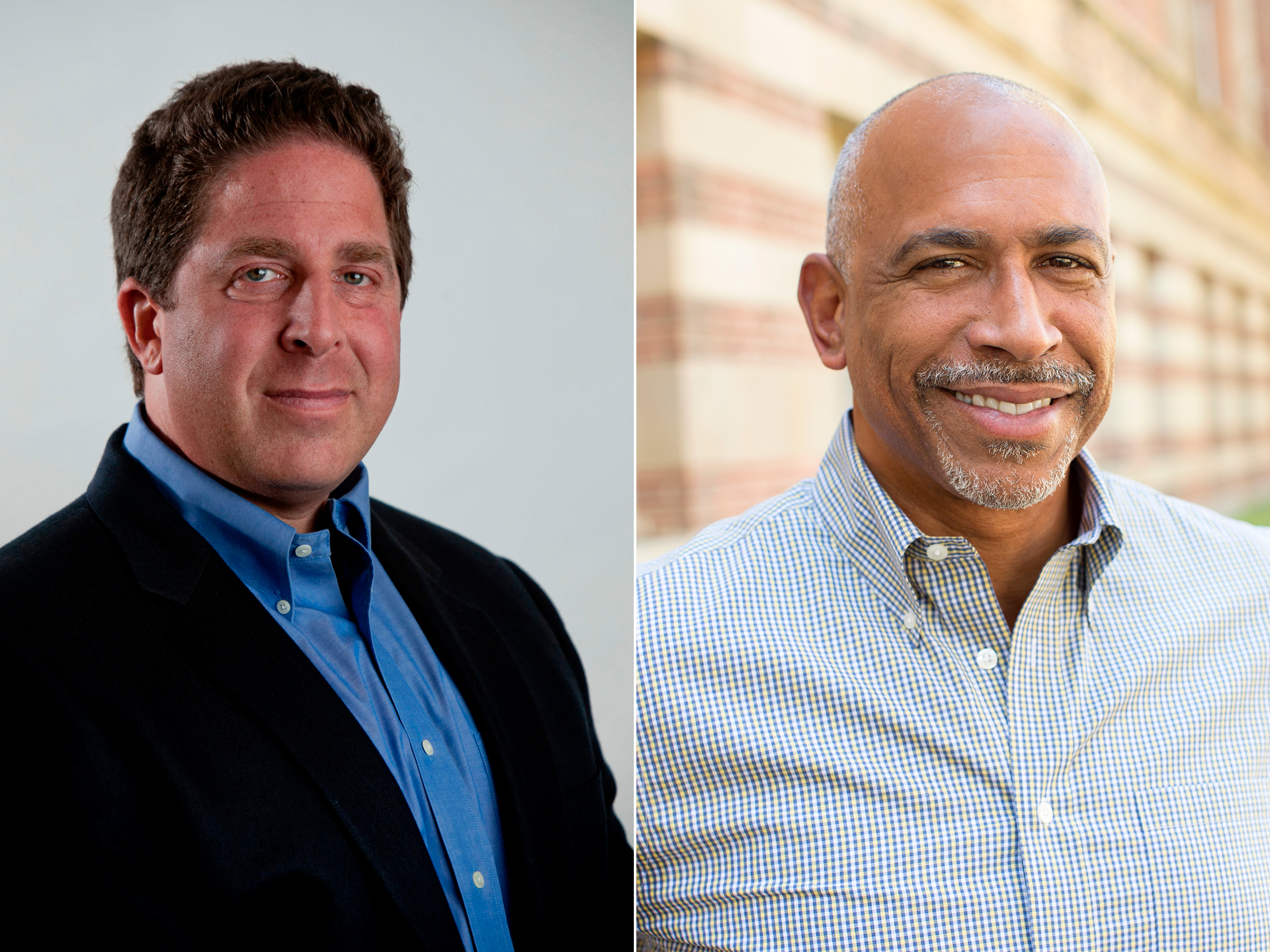 What prompted you both to write this book?

Frederick Hess: I think most people share the same basic question about schools: How do we make them work better for every child? Yet it’s become harder and harder to have any kind of conversation about that because everyone feels like they have to follow these sweeping narratives: You’re either in favor of assessments or not. You’re either in favor of school choice or not. You believe in teacher accountability or not. All of that feels very far removed from the kind of questions that are actually important to parents and students and that actually make a difference in the classroom. I wanted to know if there’s a way that people who come at policy questions from different sides but share a similar frustration about the state of debate might try to tackle these meaningful questions differently. I reached out to Pedro, even though we didn’t know each other terribly well, precisely because he disagrees with me on a lot of important education questions—and because I have great respect for how he disagrees, for the thoughtful, open-minded perspective he brings.

Pedro Noguera: I developed an appreciation for thoughtful debate very early on. My father was a cop in New York City for 21 years. Sometimes he’d bring home friends who had fairly conservative views, and I had to learn how to respectfully engage in those conversations. It was good practice, and it’s something I’ve valued over the years both as a teacher and as someone who engaged in public debates. We shouldn’t be afraid of testing our ideas, defending our ideas, listening to different perspectives, reading and engaging other ideas. So when Rick invited me [to collaborate on this book], I said yes right away. In our political culture, there’s so little patient, thoughtful exchange. Even among people who are theoretically on the same side, you get marginalized if you disagree. And I think it’s important that we model a different way, where you don’t just dismiss criticism but take it into consideration.

How did education become such a divisive issue? For a long time, it felt like we had a pretty strong consensus on the basics of education policy—the federal No Child Left Behind law passed with overwhelming bipartisan support in 2002. What happened to make education more predictably partisan?

Hess: I think as you nationalize these things, as you try to make big decisions about education at the federal level, the tribal instinct becomes very intense. One of the things Pedro and I talk about is that there’s this kind of blue-ribbon-commission consensus, where you have Republicans and Democrats coming together around a bunch of vague, fuzzy goals so we can all endorse it. It’s easy for us to agree that we want schools to be better. Nobody wants a child left behind! So at that very abstract level, you can get 87 senators to vote for NCLB. The trick always happens when you actually start to do these things in schools, and then it gets complicated very fast.

Noguera: What also starts to happen when you have that fuzzy consensus is that you freeze out thoughtful critics. It becomes, “You’re either with us or against us!” No Child Left Behind was certainly bipartisan, and when I started to critique it, I saw knives come out. You start to point out that the law didn’t provide enough resources, that the districts labeled “failing” were the districts we already knew were struggling to serve their kids, and then you don’t get invited to the discussion with policymakers anymore. I think there’s this desire to seize upon silver bullet solutions. We think there’s a solution, we hang onto it, and we dismiss critics even when the evidence starts to show that we missed something. We need to be much more willing to reevaluate our assumptions and listen to critics.

Hess: I see a lot of the divide in education right now less as a matter of Republicans and Democrats and more about a clash between people in the Beltway bubble and people out in the real world. Much of what we thought of as “consensus” education policy was just folks in Washington D.C. agreeing in principle on things we all care about, then pushing the actual work off on local communities and educators. When you think about the tensions around testing, teacher pay, civics education, social-emotional learning—it’s not a clear right-left divide. It’s much more this populist distrust of an elite consensus, and I don’t think we’ve quite got our minds around what that means for school reform yet. 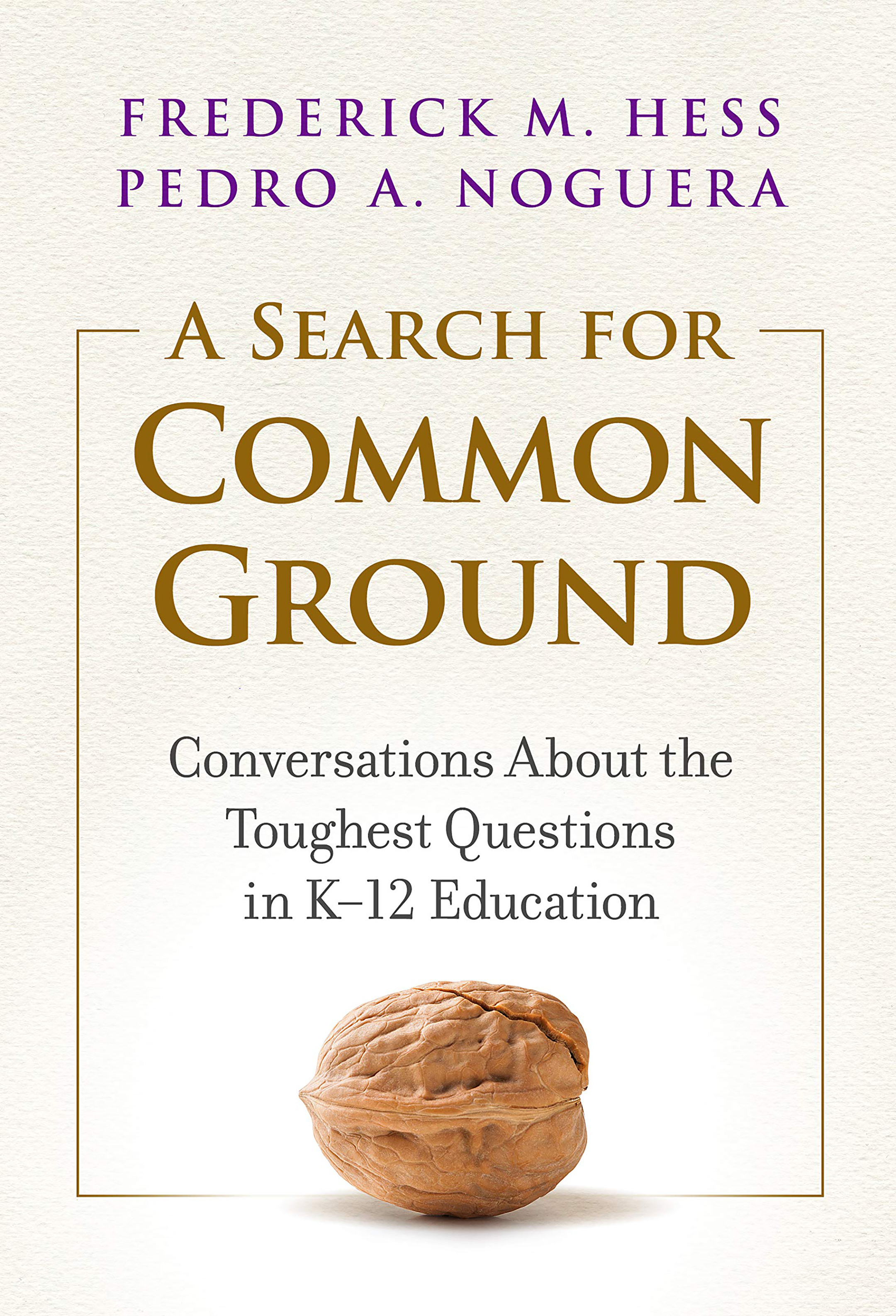 On an issue like testing, where there’s been so much pushback from local communities and educators against testing mandates, is there any common ground we can reach for?

Noguera: We can agree that you use assessment as a tool—to give feedback to the teacher, the students, and, hopefully, the parents about the learning needs of the child. You use testing to guide interventions and supports for that student. And you know you’re doing it right when you see real growth and improvement. How often do we see kids moving from low performance to higher? That’s really not how I see testing used now. It gets used for ranking purposes, not as a guide for teaching and learning. If we could change that, it would be a big shift. As long as we’re assessing kids on what they’ve actually learned, that’s fair and appropriate. That becomes really challenging given the realities of local control of schools and big discrepancies in the kind of education kids are getting.

Hess: This whole test or no-test fight is kind of a red herring. Of course testing is important. A good teacher is “testing” nonstop, in the sense that they’re always assessing student progress. They’re asking a kid about the main idea of a story, checking to see if they’re turning in homework, seeing how they did on a quiz. These are all assessments, and good teachers know how to use them to guide and motivate learning. Schools and teachers need this information, and parents want to know how their kids are doing. But too often, teachers and parents feel like we’re doing a lot of testing as a form of kabuki theater, where it’s useful to politicians but not to students. It needs to be more like a trip to the pediatrician. A parent spends an hour waiting for the appointment and then seeing the doctor, and then walks out the door with useful information and specific takeaways. Instead, we’re making our kids sit and test for hours, with the results coming six months later in the form of a bunch of numbers that are gibberish to parents and students. It’s the theater of accountability that people hate, so we need to build assessments that are actually about serving kids.

Each of you have school-age children at home, which means you were dealing with partially-closed schools and remote learning during the pandemic. How did that impact your views on education or change how you see the future of schooling?

Noguera: It has made me think even more sharply about class privilege, because we have it. When my wife and I saw our daughter was getting more and more discouraged with online leaning, we organized a learning pod with some other families. We now have five kids being taught by two teachers, getting a great experience in this terrible year. The bottom line is that people with resources can and will do whatever it takes for their kids, which is understandable. But those without are at the mercy of the system. It’s the disadvantaged kids who have been the hardest hit during this pandemic, and we’ll be paying the price for that for years to come.

Hess: We’ve got a first grader and a pre-kindergartener, and our first grader has been in hybrid school with a mix of in-person and online learning. It has brought home to me again just how human schooling is. Our first grader has gotten some first-rate teaching this year, so he’s been really excited even for remote schooling. But the energy level for in-person class is just different and more intense. Even socially distanced and in masks, spending time with other kids in the classroom is just fundamentally different. We talk so much in education about performance and outcomes and metrics, and I think the social and human side has just gotten lost in the shuffle. I have so much sympathy for the social-emotional learning movement, [which focused much more on students’ social development]. This year has really brought that home for me.

I’ve also been struck at how much of a burden it is on parents to do any kind of homeschooling, even with good support from teachers. It’s so time-intensive, especially for young kids. At the same time, I’ve got a much better feel for what my kids are learning, what kind of activities are happening in class. I think a lot of people will come out of this year thinking either, “Oh my god, I appreciate the teachers so much more!” or “I don’t know what the hell they do all day.” For better or worse, you get a much better window into what’s going on with your kid’s school, and I think that’s going to fundamentally recalibrate the relationship to schools going forward.