Deepfake Homers, Email Epocalypse, and Fukushima Photos: Five Things That Made Us Smarter This Week

From reclaiming our minds to finding art in tragedy, we learned a lot over the last seven days 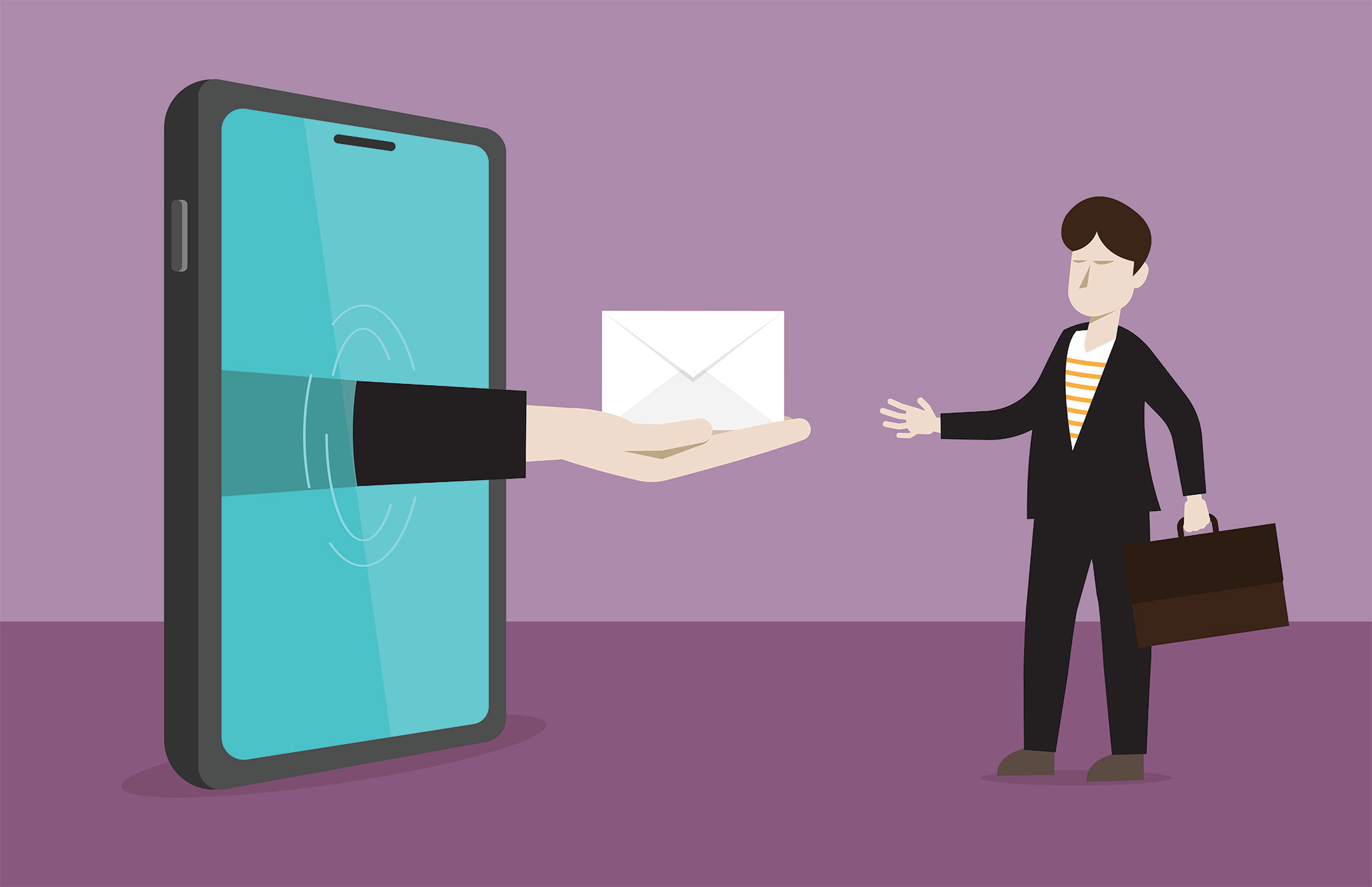 It's like the old saying goes: If you do work and don't email/Slack/ping everyone about it and create an embarrassingly long chain of replies, did the work really happen?

The Spam is Coming From Inside the Office!

When we hear warnings about the brain-melting perils of living an obsessively online, hyper-distracted life, we’re usually talking about young people and social media. But author and computer science professor Cal Newport makes the case that white-collar professionals have succumbed to the same temptations. Instead of wasting time on Snapchat and TikTok, they’re frittering away the workday on pointless emails and Slack chats. “Whether you’re a computer programmer, marketing consultant, manager, newspaper editor, or professor, your day is now largely structured around tending your organization’s ongoing hive mind conversation,” Newport writes in his latest book, A World Without Email. “It’s this workflow that causes us to spend over a third of our working hours in our inbox, checking for new messages every six minutes.” And it’s making us unproductive and miserable, Newport argues. If we’re always distracted, we can’t possibly be doing the kind of deep thinking that modern work supposedly demands. As a person who regularly blocks off whole days of offline time for reading and writing, I find this plenty compelling. But if a whole book about email and workflow sounds, let’s say, daunting, give a listen to Newport’s interview with Ezra Klein. —Eric Johnson 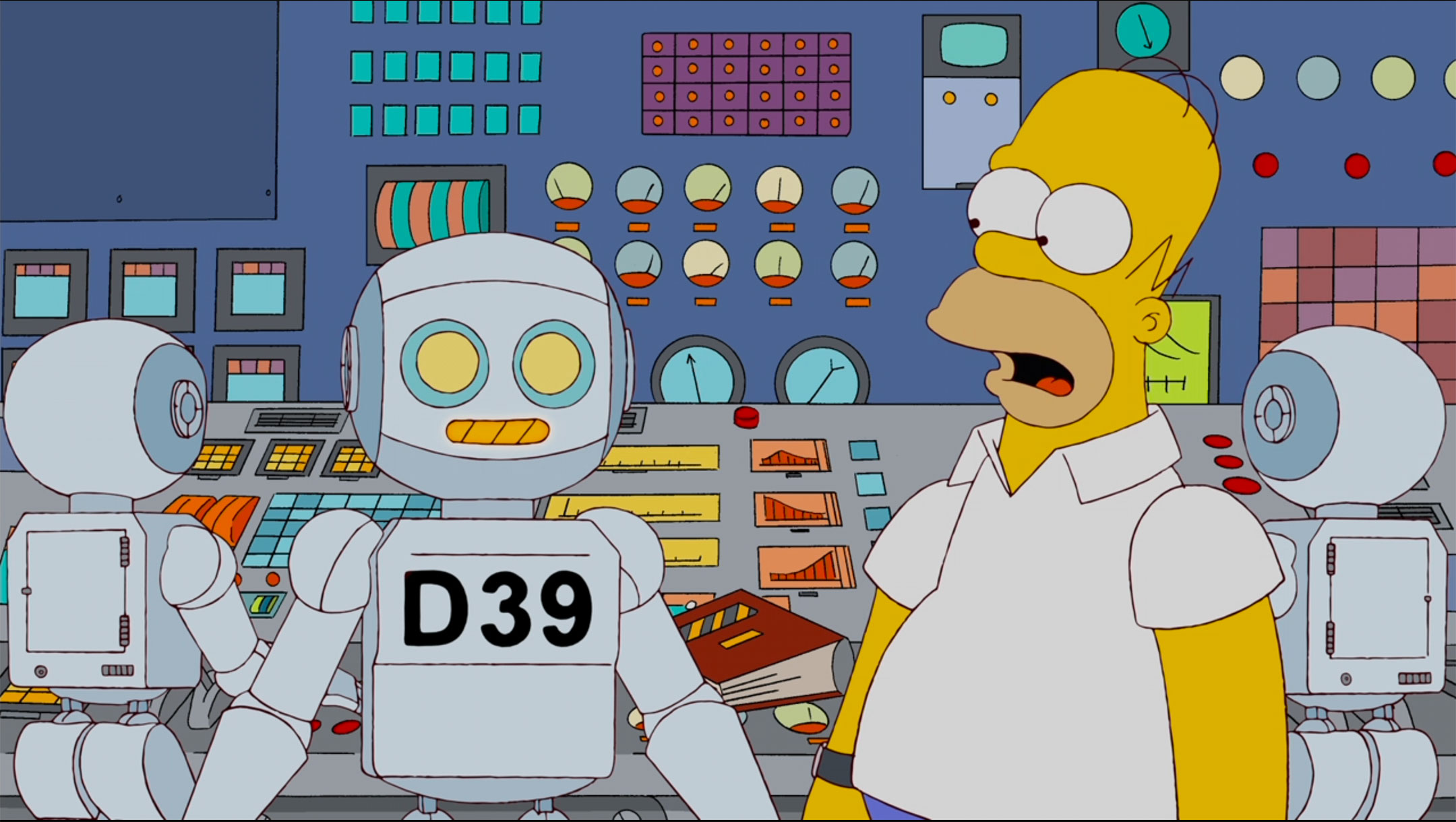 You're right to be wary, Homer—not even cartoons are safe from the coming AI revolution! (Make sure Dan Castellaneta gets the message, too.)

"Nothing is certain except for death and taxes," the saying goes. But maybe that list should expand to include The Simpsons. The animated series, which will air its 700th episode later this month, has been a fixture in the pop culture firmament since premiering in 1989. There are now multiple generations who don't know a world without Homer and Bart and Lisa and Mr. Burns and Krusty and the ever-ballooning population of Springfield. Imagine being born, growing up, going to school, getting a job, becoming an adult, and having your own kids—with each milestone marked by a new Milli Vanilli album. (Not to equate The Simpsons with the notoriously scammy duo, who hit big and flamed out bigger in 1989, but it is a fact The Simpsons hasn't been good for at least a decade.) It's the show that will never end! And it's possible, thanks to AI, that it never will.

For Wired UK, Amit Katwala dug into the development of deep-fake technology and machine learning, which is being used by video game designers to create more realistic worlds and interactions, to learn if those tools could someday be turned on—I'm sorry, utilized by—The Simpsons. The show is a reliable money printer for Disney, but it depends on unreliable voice talent. Those actors have already threatened to walk away from some of the most popular characters, and even if they stayed they're getting older, with many in their 60s and 70s. The industry pros Katwala interviews assure us that the tech isn't there yet—there's still too much of an uncanny valley effect to AI trained to mimic real-world voices (it can't quite get nuance or sarcasm, for instance). But the future might be closer than anyone thinks. Marcia Wallace, who voiced Bart's teacher Edna Krabappel, died in 2013; the show duly retired the character, but in February brought her back using the library of vocal work Wallace left behind. It was a targeted use of machine-learning deepfakery, but it's hard not to see it as a trial balloon. Hollywood has never met an actor-replacement tool it hasn't liked, from deaging (Tron: Legacy, The Irishman) to creating completely digital characters (The Polar Express, Avatar) to resurrecting dead actors (Star Wars: Rogue One, beer commercials). So it seems only a matter of time before it gets around to perfecting the AI to keep Nancy Cartwright's voice coming out of Bart Simpson's mouth forever. I, for one, look forward to a future when the holographic AI-powered visage containing my consciousness shares my favorite Simpsons moments and memories of its first seasons while watching season 481 in the company of my great-to-the-nth-power-children. —Dante A. Ciampaglia

Intellectual hospitality sounds like the kind of industry we should invest heavily in post-pandemic.

If hospitality is the art of welcoming strangers into your home, then intellectual hospitality is the art of welcoming new ideas into your mind. My friend Cherie Harder brilliantly explains how open-minded generosity is the basis for all learning, with new relationships leading us to new ways of thinking. “None of us is truly an independent thinker,” she writes. “The way that we think, as well as what we think about, consists largely of what we have previously been exposed to through our relationships and interactions.” I took these lessons to heart from a young age, watching my grandmother host spirited debates around her dinner table. One of the great pleasures of my grown-up life has been to carry on that tradition—around the very same table, inherited from Nan and now the most cherished place in my apartment. Harder has occasionally been a co-host at those dinners, so I know from personal experience that she follows the advice so beautifully laid out in this piece. Step away from social media, learn to disagree without any sense of contempt, and put relationships before self. “Reinvigorating our common life requires reconnecting with each other, person by person, soul by soul,” she writes. I have known some brilliant souls in my time, and I’m grateful Harder is one of them. —Stefanie Sanford 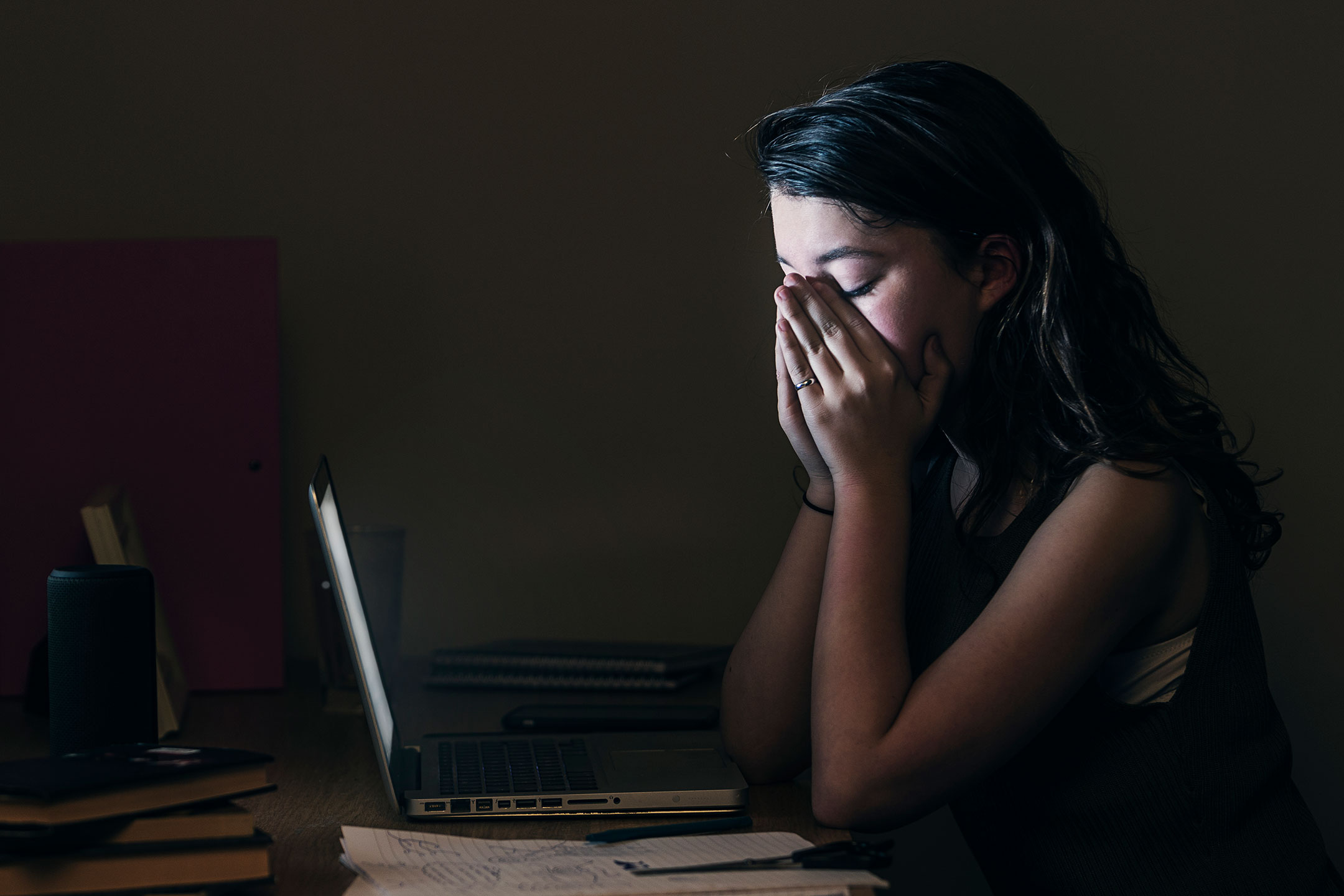 Teen mental health was a concern before covid-19 lockdowns; the pandemic has exacerbated the problem in troubling ways we're only just starting to reckon with.

The Kids Are Not Alright

There has been much focus on what students have lost academically from a year of school closures, but journalists and policymakers are finally paying attention to the profound social and mental health costs of a year in teenage isolation. “Even before the coronavirus arrived, teen mental health was a cause for growing concern,” ProPublica reports in a heartbreaking piece on what a year of cancelled sports, clubs, and social outings has meant for students. “The closures have also inhibited young people’s striving for independence, youth mental health experts say.”

The New York Times asked teenagers to reflect on the year gone by in art and imagery, and the result is both beautiful and harrowing. Lots of drawings about claustrophobia, suffocation, feelings of being trapped. Lots of lonely images. But not everything in the Times trove is dour. Many young people found deeper connections to family and personal passions or developed new plans for the post-pandemic world. “In this special project, we chose a handful of entries to show what teenagers have lost—and what they have found,” the Times writes. “No matter how old you are, as you read you might ask yourself a question, too: How has this year challenged and changed your generation?” It’s a question all of us will be wondering about for a long time to come. —Eric Johnson 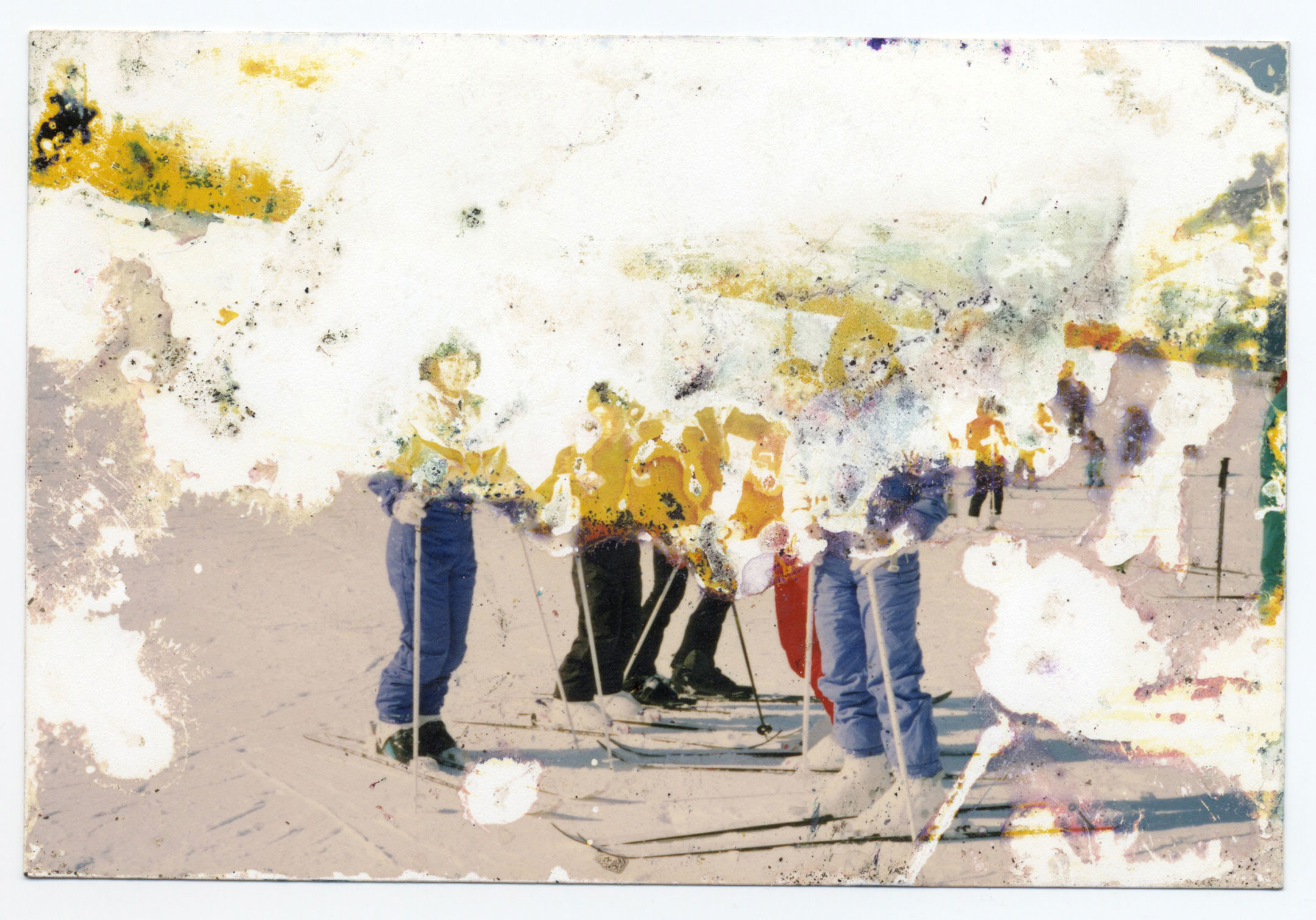 An image salvaged from the ruins of Fukushima, but too damaged to provide any identifiable information for someone to claim the image as theirs.

All Those Moments Almost Lost, Like Tears In Rain

As America hits the one-year anniversary of pandemic lockdown, Japan marks its own grim milestone: a decade since a cataclysmic earthquake and tsunami that hit Fukushima on March 11, 2011. It's a disaster that still resonates, in part, because of the scale of destruction: an estimated 20,000 deaths, hundred of thousands of people displaced, a meltdown at Fukushima Dai-ichi power plant, and an unquantifiable amount of emotional devastation. In the months immediately following 3/11, stories were reported of Fukushima taxi drivers transporting passengers who might have been ghosts, empty ships carried to sea by the tsunami haunting maritime lanes, and residents of the northwestern U.S. discovering fragments of Fukushima washing up on their beaches. Today, the physical and spiritual reckoning with the disaster continues, and is evident across culture—on both sides of the Pacific—especially in writing, be it Richard Lloyd Parry's sensitive history Ghosts of the Tsunami: Death and Life in Japan's Disaster Zone or Yu Miri's soulful novel Tokyo Ueno Station. But one of the most powerful and wrenching projects I've seen addressing Fukushima is photographer Munemasa Takahashi's Lost & Found Project. As Samantha Clark, writing on NPR's The Picture Show, explains, Lost & Found is an outgrowth of Memory Salvage, which began in the immediate aftermath of the tsunami as photographs were unearthed in the rubble. The goal was to salvage as much as possible and return those photos—those memories—to the people who lost everything else. Memory Salvage cleaned and digitized more than 750,000 images, with more than 460,000 of them claimed by Fukushima residents. "But many were damaged beyond recognition," Clark writes. "Takahashi put them into what he called 'the hopeless box.' Those photographs became part of the Lost & Found Project."

Clark's article was my introduction to Lost & Found and Memory Salvage, and I found myself overwhelmed by the poignancy, selflessness, and spirituality of the work. "When I saw lots of people who looked for their own photos from the piles of found photos, I understood that we need memories to live," Takahashi told NPR. It's an imperative that's everywhere in a short video made about Memory Salvage in September 2011, and a truth that's all too easy to forget in our era of everyone carrying a camera in their pocket and uploading digital files to the cloud. There's a reason, in every natural disaster, the first thing people search for is photo albums: photographs are physical reminders of the past—and often the last link we have to history, be it our society's or our family's. To lose them, violently, as Fukushima residents did is to lose, for a second time, the people and experiences that matter most. Maybe it's reckoning with the past year of loss and the inability to grieve the way we yearn to, but I found Takahashi's work—indeed the whole enterprise—incredibly visceral and moving. It gives us the space for mourning, community, and empathy; it is art at its very best. —Dante A. Ciampaglia

Space is the Place, Anti-Social Media, and Ode to a Beat