Whether you slay that quick test or not likely depends on your age, because those words have totally different meanings today than they did even a decade ago. And that’s something James Callahan, a 43-year-old high school teacher in Lowell, Massachusetts, discovered listening to classroom and hallway conversations.

In April, Twitter user @mewtailv2 shared screenshots of Callahan’s computer showing an ever-growing list of slang the teacher learns from his students. The tweet went hyper-viral—168,000 retweets and 584,000 likes—and was spotlighted by Jimmy Fallon. (The original tweets have since been deleted.)

“I love learning the words that their generation comes up with,” Callahan told Buzzfeed News, “both the unique ones as well as the ones where they take an existing word and give it a completely different meaning.”

The sociology teacher has been tracking new words he hears from his students for 15 years, but only recently began writing them down. When his students found out about the Gen Z lexicon, they convinced their teacher to give them a look.

The student who tweeted the list, identified as Mew by Buzzfeed, said Callahan will often ask kids to define a word or confirm a definition, and sometimes he works the slang into classwork.

“It’s really funny because he uses the slang in his lesson plans and life is never the same after you see a PowerPoint where John Locke says ‘what’s moves,’” Mew told Buzzfeed. (“What’s moves” is another way to say, “What are we doing later?”)

After Mew’s tweet blew up, Callahan made his list available to everyone via a publicly accessible PDF. And it is valid. 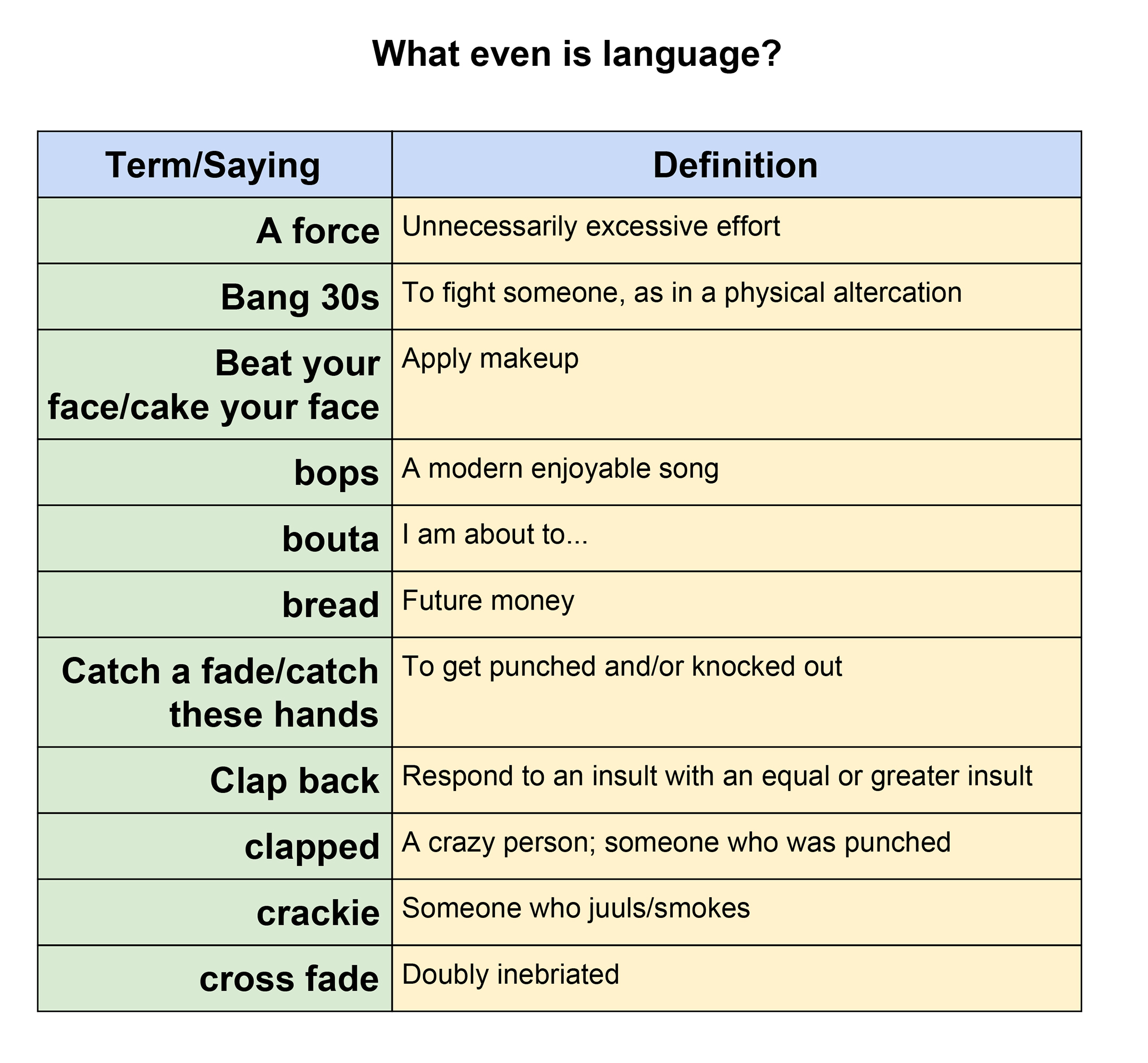 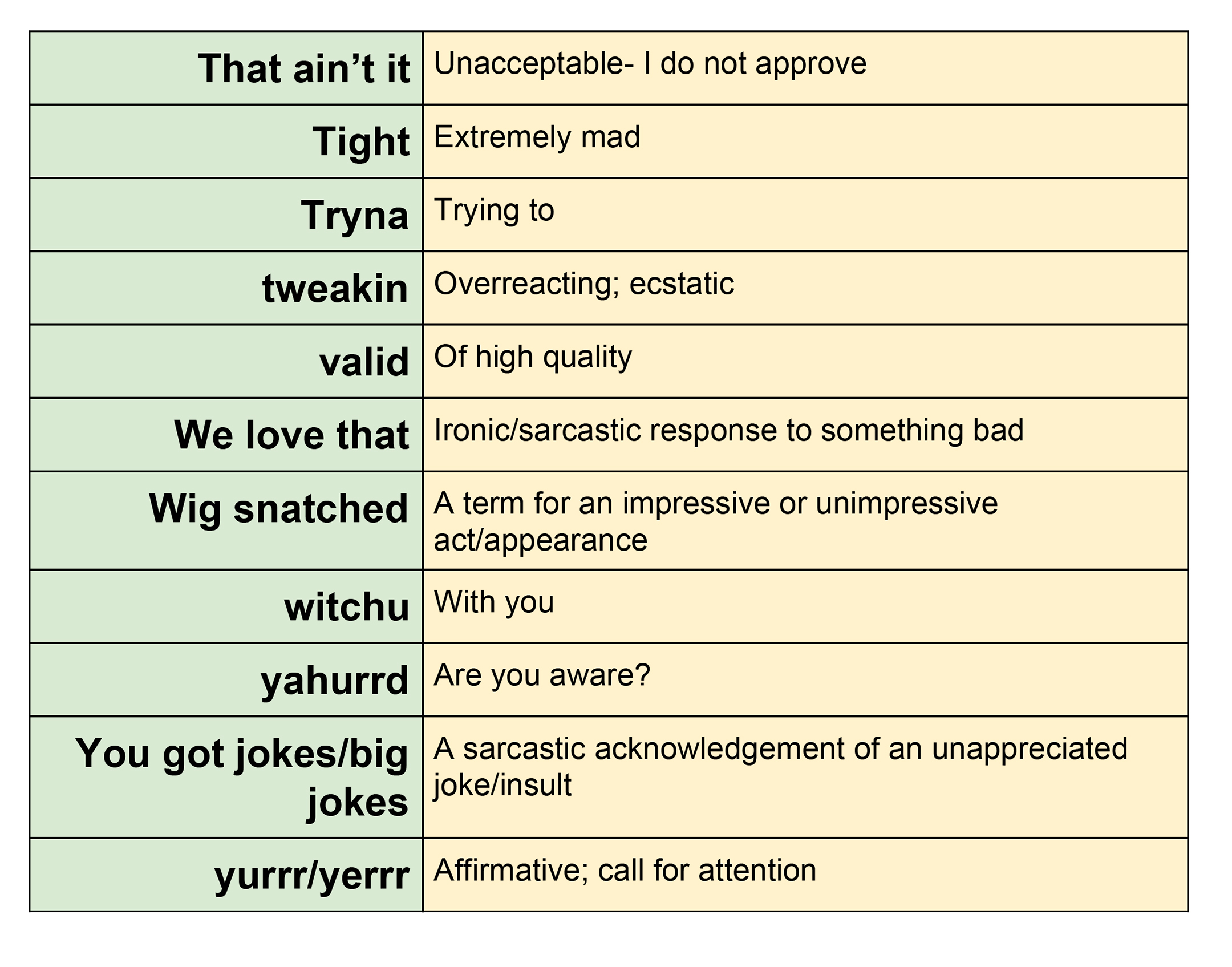 Callahan’s Gen Z dictionary is a handy resource for all those adults who feel lost in a swirl of slang. But even if you think you’ve got it on lockdown, don’t get cocky—what we say and how we say it changes all the time. Shakespeare invented hundreds, perhaps thousands of words. But reading plays he wrote in the 17th century can still be a slog: those words familiar to our contemporary language are surrounded by others that have fallen out of use.

“The interesting thing is that there are many more Gen Z terms that exist but are not on the list because they aren’' used anymore by teens,” Callahan said. “Almost as if they know the term and the meaning, but its usage is no longer popular, so it is not worthy of inclusion on the list.”

No cap. And if his list wasn’t enough to put those words on the endangered vocabulary list, the fascination with Gen Z slang in 2019 surely finished the job. Quartz India had a millennial try to make sense of some choice Gen Z slang. Business Insider shared a list of 17 words Gen Z uses and what they mean. Parent 24 published a post titled “This IS it, chief: 79 Gen Z slang phrases you need to know.” (To really drive the nail into the coffin, the site implored its readers to “Flex on your kids with these words and phrases.”)

And that’s just the top of the first page of Google results. Hop off, olds.

None got the attention Callahan did, and he took his burst of social media fame in stride, leaning into it and even using it to raise money for his school and its programs. With a call-out on his Generation Z dictionary and through Twitter, he has encouraged stans to donate to the Lowell String Project and the DonorsChoose campaign of his colleague, English teacher Kendra Bauer.