Growing Up in a World of Anxiety

Julian, senior editor at The Atlantic, was interested in childhood anxiety long before coronavirus sent kids across the world into home lockdown. In “What Happened to American Childhood?,” her cover story for the May issue of the magazine, Julian charts the steep rise in diagnoses for anxiety disorders among both kids and adults, a trend that goes back more than a decade.

“One of the more recent analyses, by Pew, shows that from 2007 to 2017, the percentage of 12- to 17-year-olds who had experienced a major depressive episode in the previous year shot up from 8 percent to 13 percent,” Julian writes, “meaning that, in the span of a decade, the number of severely depressed teenagers went from 2 million to 3.2 million. Among girls, the rate was even higher; in 2017, one in five reported experiencing major depression.”

Now that a global pandemic has closed schools, upended public life, and created the deepest economic shock since the Great Depression, that ambient sense of unease is even more intense. In a conversation with Atlantic Editor in Chief Jeffrey Goldberg, live streamed on April 23 and now archived online,  Julian explained how parents can help children cope and emerge stronger from this moment of major life disruption. 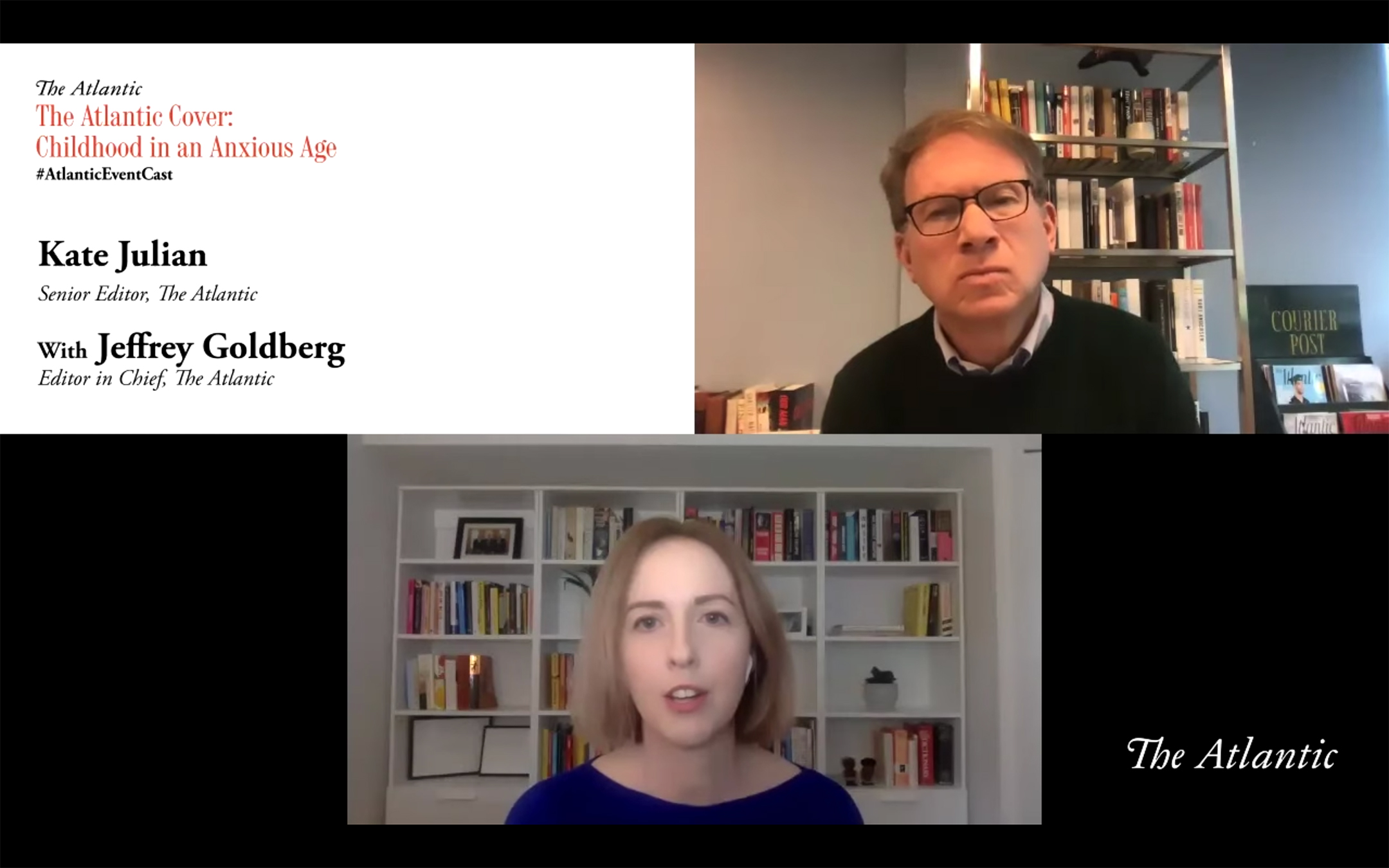 The average onset for major childhood anxiety is age 11, Julian explained. Parents need to be alert for warning signs long before then, because unchecked anxiety can lead to deeper problems as kids get older. “We now know that it’s a gateway condition,” Julian said, leading to increased risk of depression, substance abuse, and suicide. “At a family by family level, the single best thing we can do is work on anxiety among kids.”

Talk about the hard stuff, even with young kids

No matter how much parents try to shield children from bad news or avoid subjects that are too “adult” for young ears, kids generally catch on. “They’re really smart, they’re really observant,” Julian said. “They know that things are not going well on some level.”

And studies have found that kids are more affected when parents don’t talk about big life stresses than when they come clean. Julian pointed to research done after 9/11 and following the citywide lockdown in Boston after the 2013 Boston Marathon bombing. Kids whose parents avoided the subject had longer-term struggles with trauma than those who discussed it openly.

“If you don’t talk to them candidly about that, it probably makes the anxiety and the worry worse,” Julian said. “Because they think, ‘Gosh, this thing is so bad that my mom and dad can’t even talk to me about it.’” There’s always a balance. Children probably don’t need nightly updates on coronavirus or unemployment numbers. But acknowledging the reality of a situation is generally better. The goal is to model good coping behavior, not avoidance.

Accommodating anxiety is a slippery slope

A wealth of new research suggests that small anxieties, if they’re not confronted, can spiral into much larger problems. Something as simple and common as a fear of dogs can become a problem if parents go to extreme lengths to shield kids.

“The more you accommodate a kid’s fears and worries, the more likely you are to have those fears and worries turn into an anxiety disorder,” Julian said. This doesn’t mean harsh exposure therapy for young kids—don’t go seeking out scary dogs to pet. But don’t automatically rush to the other side of the street every time you encounter a puppy, either. Parents need to help children understand that feelings of fear or discomfort are normal, rather than helping them avoid those feelings altogether. “[Parents] sort of perversely and ironically end up doing the things that allow an anxiety disorder to flourish,” Julian said. 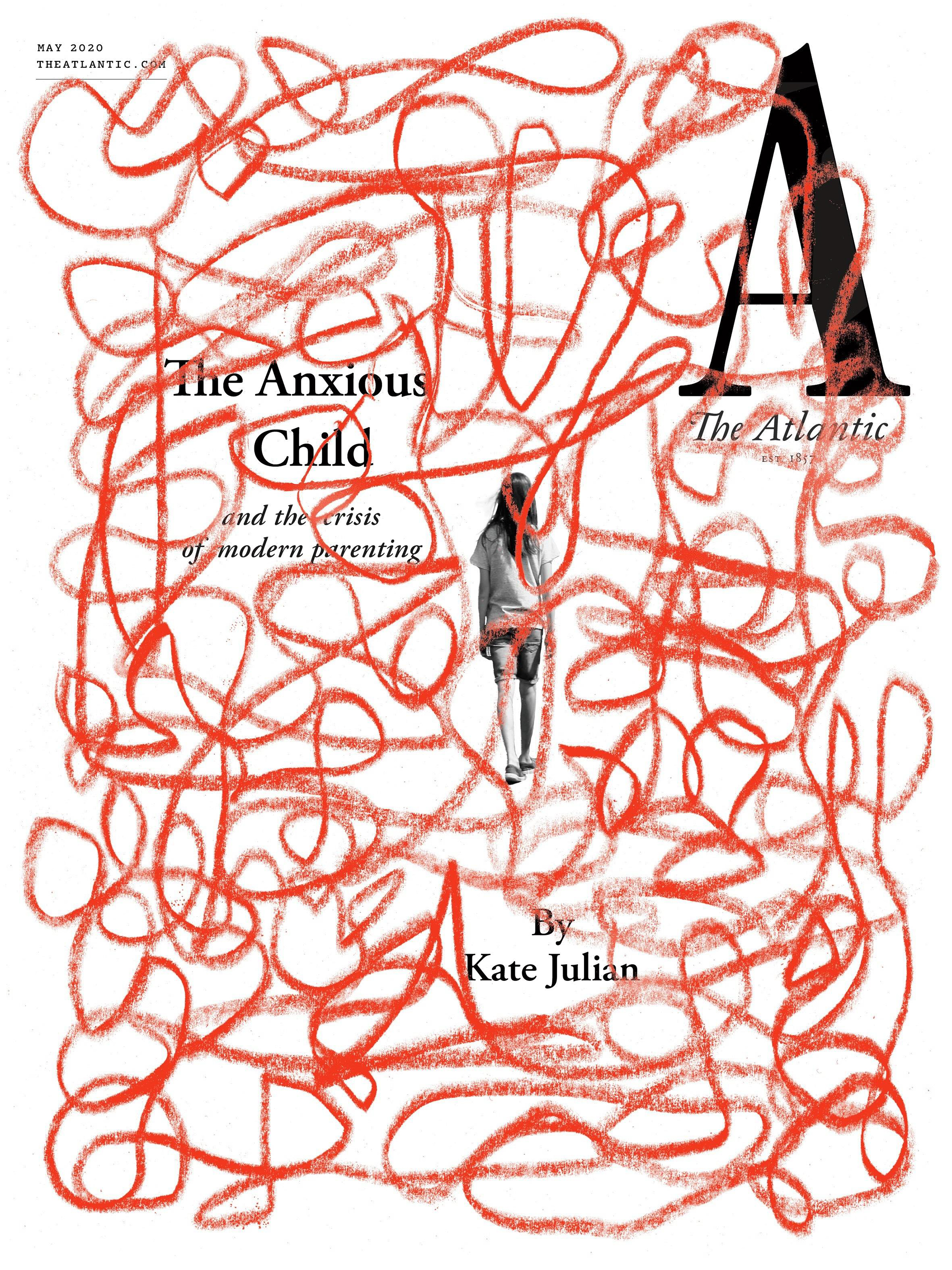 Fairly minor adjustments in family behavior can make a big difference in building resilience. “Anxiety is actually a lot more responsive to treatment than some other things are,” Julian said. The key is short-term pain for long-term gain, gently nudging younger kids to face fears instead of coming up with workarounds. That often means greater inconvenience for parents in the short run but with the payoff of much better coping skills for kids over the long haul. “The main thing you can do I would say is just get an assessment,” Julian said. “You don’t need to wait. … Therapists are doing telemedicine sessions.”

Friendship is huge—even if it’s online

There are lots of concerns about the effect of screen time on children, including research that suggests social media leads to social isolation. But Julian cautions that not all screen time is created equal, and what exactly kids are doing online makes a big difference. “We need to talk a bit more discreetly about what actual activities are going on,” she said.

Texting with friends is probably much healthier than passively scrolling through Facebook. Playing an online video game with friends is almost certainly better than watching an endless algorithmic string of YouTube videos. “Friendship is deeply protective, mental-health wise,” Julian said. “At this moment, it’s probably more important than ever for them to be texting.”

“Mental health is having the appropriate response at the appropriate time to your circumstances,” Julian explained. Feeling worried and scared when things are genuinely worrisome and scary is not only fine, it’s healthy. The goal isn’t to avoid those feelings but to make sure you have the tools to cope with them so they don’t spiral out of control and interfere with daily life. “We are all going to be anxious,” Julian said. “The problem comes when people don’t know how to deal with that stress or that emotion.”