Strengthening the Muscle of Democracy

Politics wasn’t dinner-table conversation when Hahrie Han was a kid. And when she went to college, it wasn’t with the expectation of studying politics or social activism. But after a campus protest piqued her interest, she enrolled in a political organizing class. She was hooked.

“It turned out to be such an eye-opening experience,” Han tells The Elective. “I grew up as the daughter of Korean immigrants in Texas, in a very apolitical family. There were things I’d experienced in my life that I just assumed I had to accept. But in college, there were people with a real analysis of these kinds of experiences, people who were trying to make a difference, trying to change things for the better.”

Han became a scholar of political movements, studying how discontent with the status quo can be harnessed into real power to make transformative change in public policy. She’s now the director of Johns Hopkins University’s SNF Agora Institute, founded in 2017 to encourage inclusive civic involvement. “Students have this hunger to do something to make the world a better place,” Han says. “And not just students majoring in political science. Students in computer science, students majoring in physics—they all want to know how they can contribute, how they can live a life where they’re engaged in our democracy.”

For many people, that takes the form of social movements. Han has written four books about the role of mass movements in reshaping American politics, and her research focuses on the specific attributes that make political organizing more effective. “Democracy is a muscle,” Han explained in the New York Times in 2019. “Just as babies have to strengthen their leg muscles to walk, we all have to develop the skills we need to act collectively to achieve our common interests. We must invest in the organizations and movements that can equip people in that way.”

Han recently spoke to The Elective from her campus office at Johns Hopkins to discuss what it takes for young people to feel a sense of democratic agency and how social movements can turn protest into policy and durable progress. 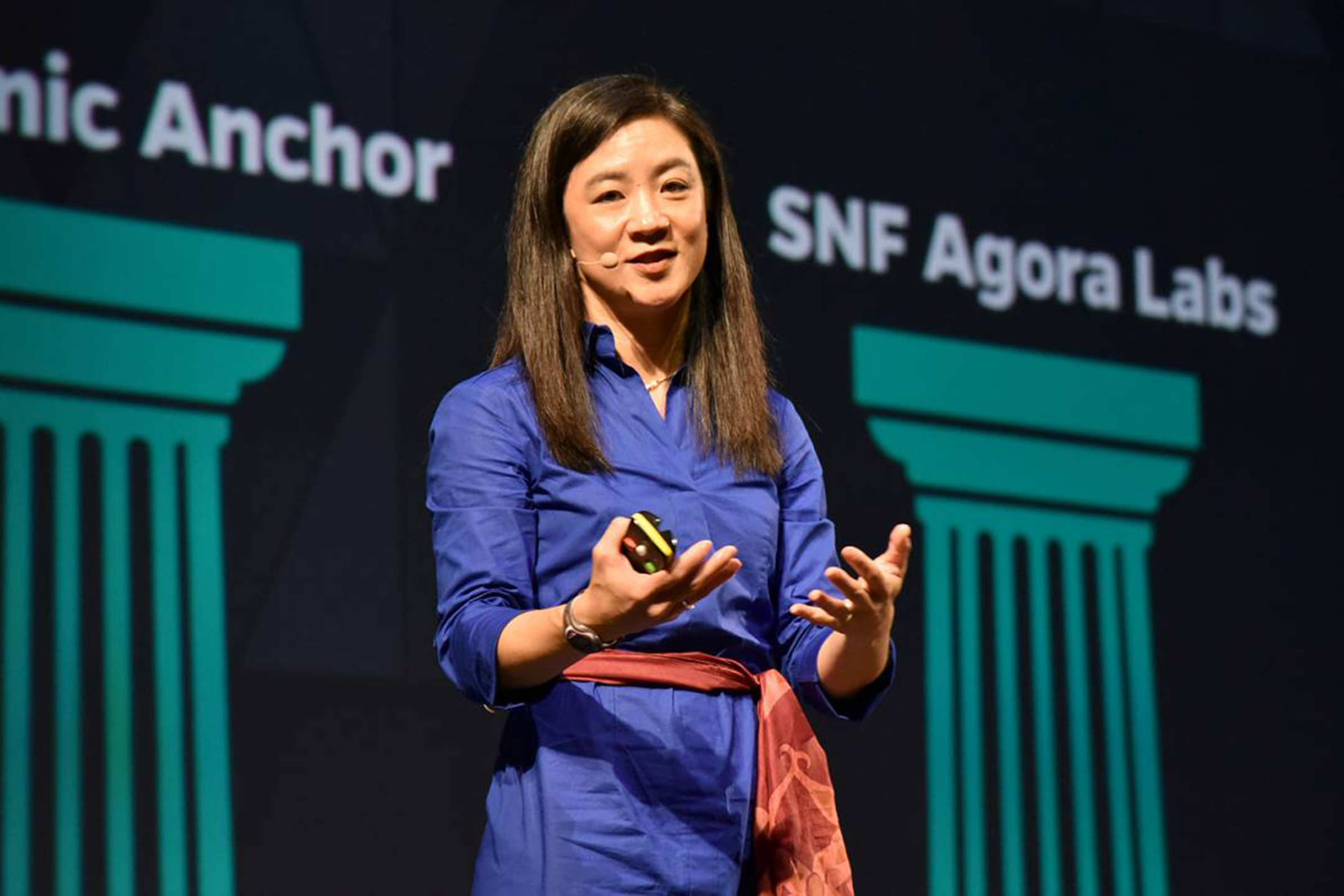 How do social or political movements come together, and what makes them successful?

A movement exists because people are upset about the status quo. They want to build a different kind of world, so they gather lots of people together to say, “Hey! This isn’t working for us.” The most important resource in a social movement is people, and I’m interested in finding out the conditions under which people acting together can actually influence the decisions that get made.

The movements that are most effective are the ones that are best able to adapt and respond to the unexpected challenge to their power, the ones that have the resilience to adapt. There has never been a social movement in the history of the world that has organized and said, “We want x and y!” and then everybody in power just said, “Oh, okay—here it is.” That’s not how it happens. It’s always hard! There is always opposition. So how ready are you to respond when you meet those unexpected challenges?

How does a movement prepare to meet those challenges? How does a group go from making demands to creating a real strategy for achieving political goals?

It’s about understanding the difference between mobilizing and organizing. Mobilizing is all about harnessing people’s outrage. Organizations that just mobilize activists are casting a huge net, getting a lot of people involved. If you’re upset about environmentalism, schools, or whatever the issue might be, mobilizing provides an opportunity for people who are upset to express their outrage with others. But those movements are not fundamentally changing people; they’re tapping into a feeling that’s already there.

Really good organizing doesn’t just harness people who are already upset but figures out how to engage people who weren’t necessarily involved in this issue or even paying attention before. Organizing is when you change what people believe, who they’re in relationships with, how they think about their role in the community—all sorts of stuff.

I love that distinction, and I think it also comes down to institutions. Mobilizing can be done with a Twitter hashtag, but organizing takes structure, sustained work, a long-term plan—an organization.

I believe strongly in institutions. We need institutions to organize social life. I get nervous sometimes when I hear people talking about movements that are decentralized networks. You still need some kind of structure through which people’s engagement is organized. Just getting people to take action is not power. If you want to engage power, you have to figure out how to act through institutions.

People can be suspicious of power because they associate power with corruption, with dirty and messy politics. But I think of power a little bit differently. All of us as individuals go through our days trying to understand how we can make a better tomorrow. We might disagree about what a better tomorrow looks like, but the fact that we’re all imagining and reaching for that better tomorrow, I think, is the core of what makes us equal and makes us human. Power determines the extent to which I can turn those imaginings into reality to make real the better tomorrow that I want—it describes my ability to achieve those goals.

Most people, I think, understand that at the individual level. And if you begin to think about lots of people working toward that together, you start to see how power works at the social and political levels. Does it get messy? Absolutely. Are there examples where it becomes corrupt? Absolutely. But, ultimately, we are so much better when we work together, when we combine our individual striving for a better tomorrow into something bigger. 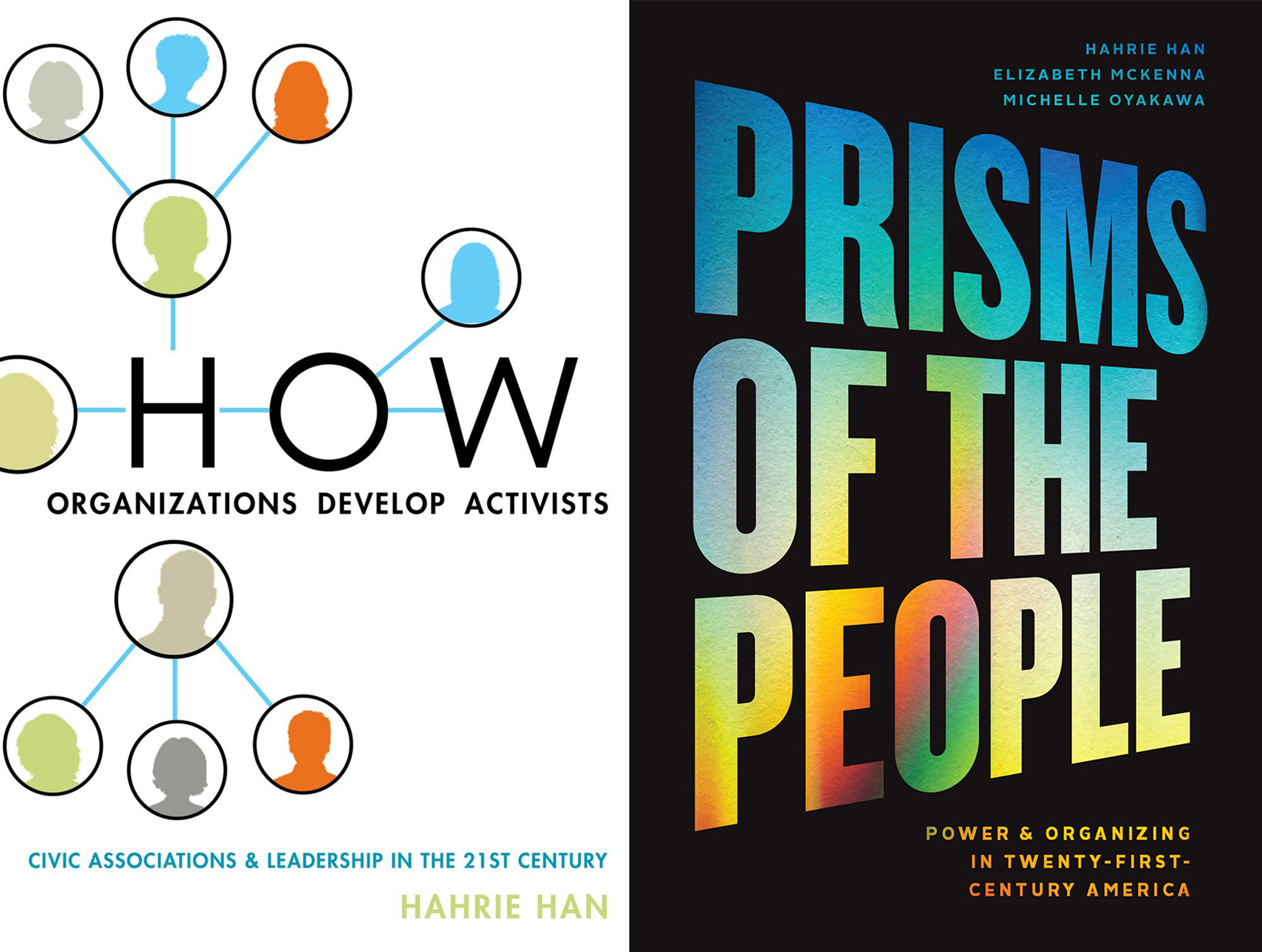 Is it also fair to say that institutions are a little bit of a check on our individuality, a way of shaping our goals so they bend a little more toward the civic good?

When I think about the challenges to our democracy right now, I try to remember that one of the key premises of our system of government is that people are not instinctually oriented toward the common good. People are self-interested, short-sighted, parochial—all the things you don’t want in a democracy. The whole idea is that when people interact with small-d democratic institutions, we learn to lean toward our better angels.

We need democracy and democratic institutions because we need something to pull us toward those shared commitments. So much of the focus right now is on the demand side, asking, “What’s wrong with people, why are they so polarized?” But I would look at the supply side: How often are people invited now to engage with small-d democratic institutions, to work across difference, to put their hands on the levers of change and build the kind of lasting organizations you need to really solve problems?

People need more opportunities to engage in shared work. It takes practice to learn how to overcome the natural tendencies toward selfishness, toward parochial interests, all the things that take us away from democracy.

Are there particular kinds of institutions you’ve found most effective in delivering that practice, giving people the chance to learn democracy and still influence policy?

I think the best movements can engage people at the local level, but they also extend all the way up to the national level. We need that federated model to work all throughout our society, where local branches feed into a national organization.

The image I always think of is a fractal, a fern. There’s a pattern we can see in the whole fern, and if I were to put an individual leaf under a microscope, that same pattern gets repeated all the way down to the cellular level. We need that in our public life. Small community groups linked up to a larger movement, with a genuine governing structure over all of it. If it’s too decentralized, then it doesn’t feel connected to our shared politics.

Research shows that around 1900, there were more than 40 organizations in the United States that could claim more than 1% of the U.S. population as dues-paying members—the Knights of Columbus, the American Farm Bureau, and the American Anti-Slavery Society, for example. At the turn of the 20th century, I can think of one or two that might be that big, but certainly not 40. We’ve lost the ability to create these kinds of federated organizations.

Hopefully we’re starting to see it swing back. Organizations like Color of Change, which have enormous scale but also have these squads doing work in local communities, nested within a national organization. I think we need to see more organizations like that. 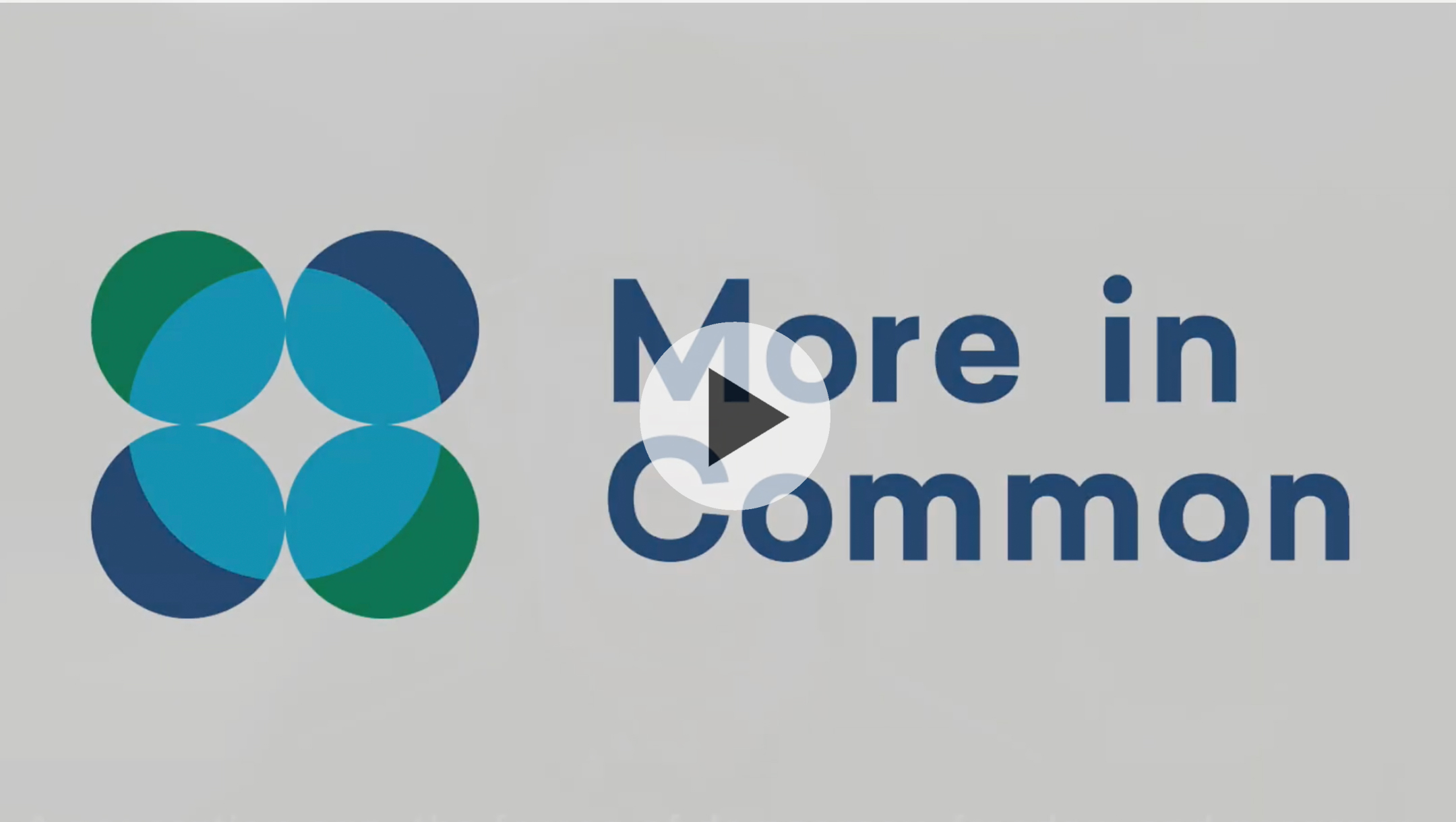 Are most people interested in that kind of cooperation? From spending any time online, you could get the impression that we’re all pretty content to just yell at each other.

The more I dig into the data, it's absolutely true there are entrenched extremes on either side. And that gets covered a lot in the media. But there’s an organization called More in Common that found what they called the “exhausted middle,” or the “exhausted majority.” It’s the people who are turned off by the bickering and polarization we see in the world, exhausted by that kind of politics.

I really do feel like there’s a hunger for a different kind of politics, for a kind of governance where we actually solve problems together. As a professor, I talk to young people who are trying to work in community with different people, to actually make progress on the problems we share.

Even among people who are really polarized, when they feel like they can put their hands on the levers of change and be architects of their own futures, they’re much more likely to get involved in small-d democratic politics, to use their voices and participate. Once you have that experience of a bunch of people working together to solve a problem, it’s really hard to walk away from.

You clearly feel a sense of urgency about building better movements. What motivates your work and all of your public advocacy for more effective organizing?

What we’re looking for right now is a way to inoculate people against the rise of authoritarianism because those threats are real threats to democracy. And one of the most important things we can do is to strengthen organizations that create social capital and social cohesion. There’s a lot to be done at the policy level, certainly, around voting rights and gerrymandering and other issues that undermine democracy. But I also think we need a lot more civic organizations working on a more local level.

I took AP U.S. Government and Politics in high school, and the thing that stuck with me the most was the course requirement to actually get engaged in some community work. It was the experience of actually doing that political work with my classmates and in my community that really meant a lot. Until people have the experience of engaging in shared work for a civic cause, they really don’t have an intuitive sense of what that means. When you can figure out something you all care about and have the experience of solving it together, it creates such a powerful commitment to democracy.

A Blueprint for Student Civic Engagement

A Pitch for Public Service