Lin-Manuel Miranda to AP Students: Don’t Throw Away Your Shot

Hamilton creator and one-time teacher breaks down how to build an argument (and show) through research, evidence, and empathy

Last week, students were brought into the room where it happened—“it” being the creation of the blockbuster musical Hamilton.

On May 1, the online AP U.S. History community was visited by Lin-Manuel Miranda for an AP Master Class. And before he dug into the work that went into his show about the “ten-dollar Founding Father,” he dropped some knowledge about his pre-Broadway life.

“Before I was Lin Miranda, I was Mr. Miranda,” he said. “I used to teach seventh-grade English, and actually one of the ways I supplemented my income in my 20s, before anyone paid to see anything I ever wrote, was as an AP proctor.”

Miranda’s 2005 musical In the Heights made him a star among theater lovers. Hamilton: An American Musical, which debuted in 2015, made him a household name. He spent seven years researching and writing the show, based in part on Ron Chernow’s biography Alexander Hamilton. With his unique portrayal of Hamilton’s life and times, Miranda became something of an honorary historian. 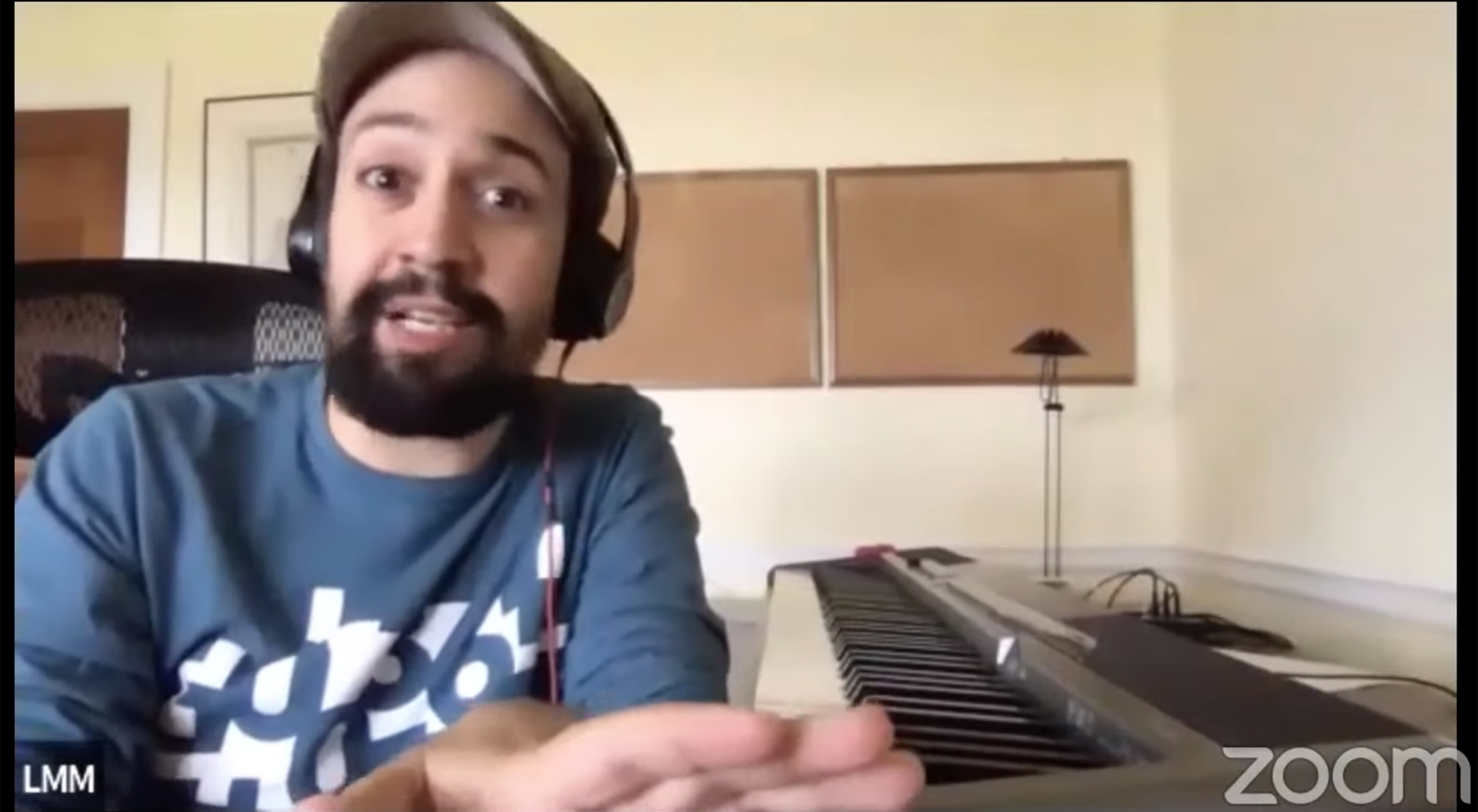 Lin-Manuel Miranda speaks to AP US History students during his AP Master Class.

Sitting in front of an electronic piano in his home in Manhattan, the Pulitzer Prize and Tony Award winner spoke for 45 minutes about the work that went into writing Hamilton and how it relates to what AP students are doing as they prepare for their exams.

“I picked up this book, and it gets to what you guys are going through as you study U.S. history: there's lots of different versions of the same story,” Miranda said. “I'm dealing with the same things you are, which is these facts and these primary sources and having to reconcile them when they seem to contradict each other.”

When he began researching Alexander Hamilton, he found that one book would portray him as a monster while another would paint him as a hero. But early in Chernow’s biography, Miranda had a breakthrough that allowed him to imagine writing a musical about the Founding Father.

“He is our immigrant founder who came from somewhere else and really had to write his way into anything because he didn't come from money and he didn't come from a rich family or any kind of promising beginning,” Miranda said. “Hamilton shared something with a lot of my favorite hip-hop artists, which was a turbulent childhood, a turbulent upbringing, and then the ability, the magical ability, of using his words to transcend his circumstances.”

“I remember thinking, ‘That’s what the great hip-hop artists do—they write about their struggle so brilliantly that they transcend them,’” Miranda continued. “I had that idea in the second chapter, and that thesis kept proving me right as I was reading the book for the first time.” 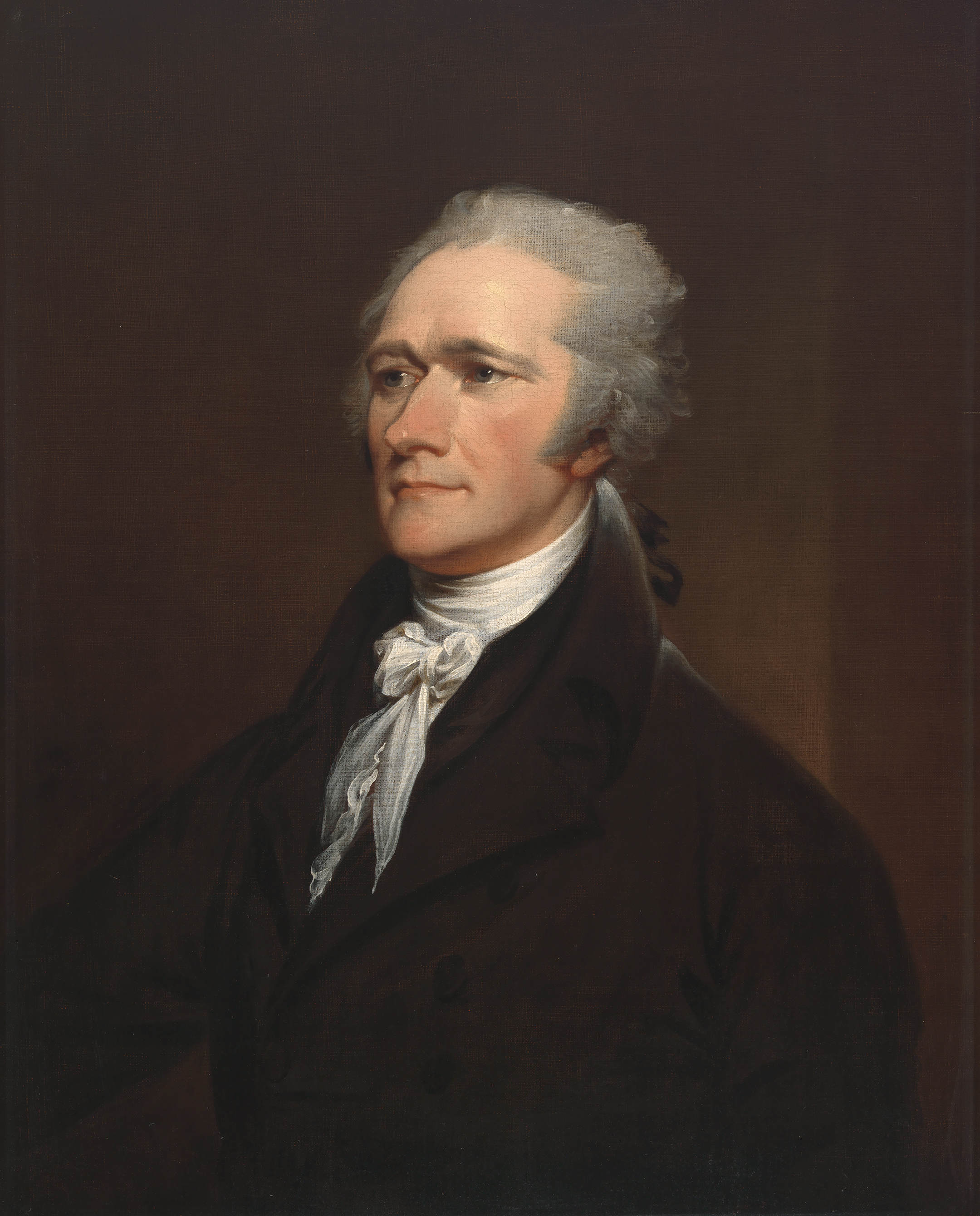 An 1806 portrait of Alexander Hamilton by artist John Trumbull

Finding a thesis, testing it, proving it, and building an argument around it led to one of the most successful and popular musicals of all time. It’s also the blueprint for how to write a good research paper—a point not lost on Miranda. But he added another element that’s equally important and, perhaps, too often overlooked when writing about history. To hook an audience or a viewer or a reader, you have to have your facts straight. You also have to connect with them on a human and emotional level. That means putting that audience or viewer or reader in someone else’s shoes.

“This is me reading these books and finding what dramatic insight I can have so I can get under their skin and write from their voices,” Miranda said. “I don't know any other way to write other than research, research, research. And empathy.”

That approach informed how Miranda constructed Hamilton and its songs, from compressing Hamilton’s first 20 years into the show’s propulsive 4-minute opening number to representing characters’ different perspectives on the same event in “The Room Where It Happens.”

“The other thing I learned over the course of writing this show was that you teach an audience how to watch your show,” Miranda said. “In the opening number, we teach the audience that whoever's closest to the action gets to narrate that action, and that's our unreliable narrator in that moment.” And like the other tools Miranda used to write Hamilton, this one—representing point of view and reflecting how inaccurate it might be—is another that’s also indispensable to research-based writing.

Miranda’s AP Master Class was an inside look at his creative process and the genesis of Hamilton. But it was also his argument for the importance of history and research. He acknowledged that some students might not see the need to study those things if they’re not going to be historians. But the skills that classes like AP U.S. History impart are transferable to all sorts of careers—from science and math to musical theater.

“The notion of taking an account, primary sources, as a way of understanding something, reading someone's account and understanding where they're coming from, developing tools of empathy with that, creating an argument based on facts and what is in the document—these things are going to serve you well for the rest of your life no matter what discipline you go into,” Miranda said.

“Social Studies, 11th-grade U.S. history, is the reason we're talking,” he added. “I don't think I would have picked up Ron Chernow's biography … if I hadn't written a paper on Alexander Hamilton in high school. It was one of the more monumental decisions of my life, in retrospect.”

You can watch the full Lin-Manuel Miranda AP Master Class on the Advanced Placement®YouTube channel. If you want to bring Hamilton into your home classroom, check out the EduHam at Home program from the Gilder Lehrman Institute of American History.

AP Master Class Is In Session