Pride Flags, Chicken Feed, and Tiny Triathlons: Five Things That Made Us Smarter This Week 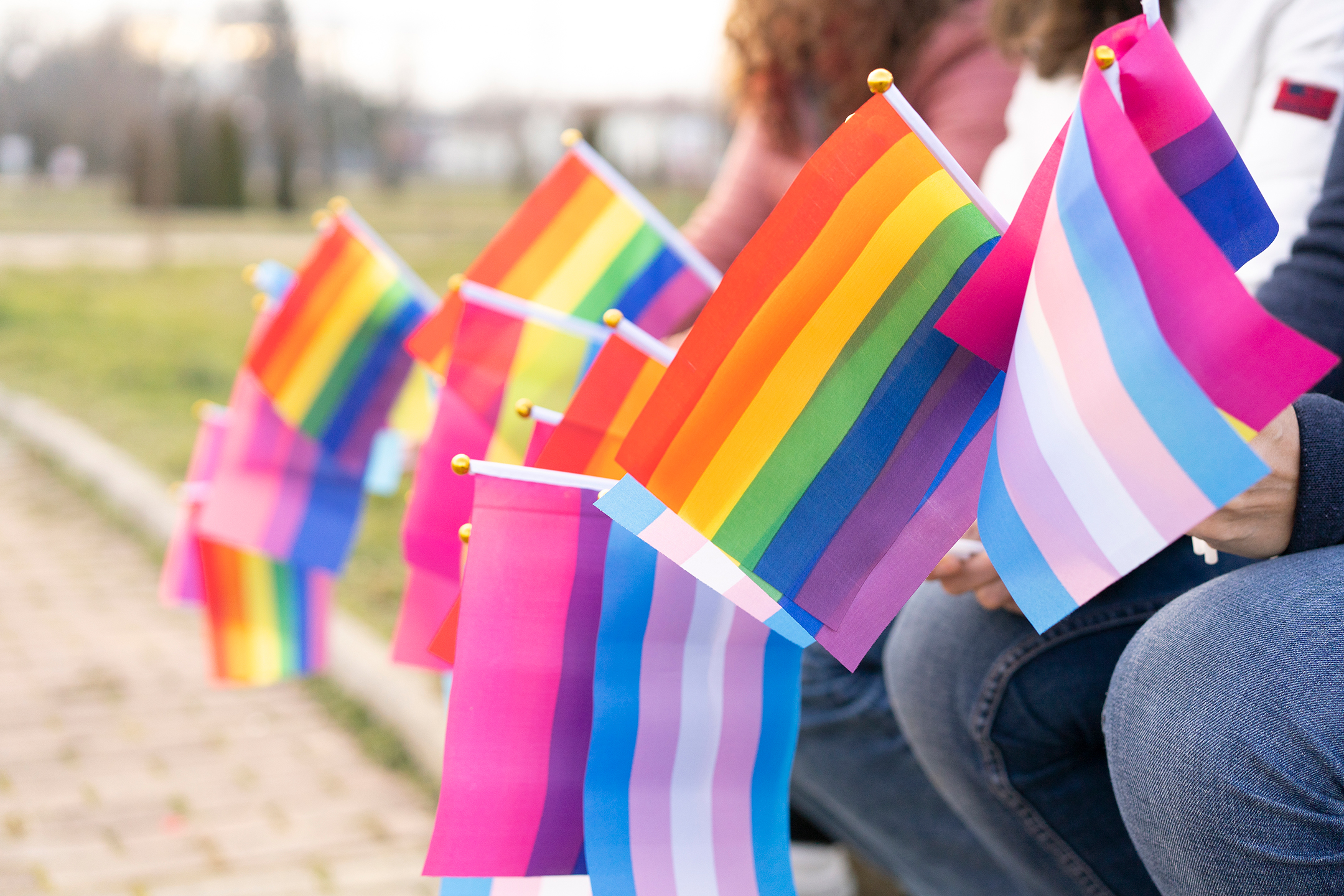 The other day, I was walking around my corner of Brooklyn and I noticed a big Pride flag flying from a pizza chain’s covid shed. To be more precise, it was an Intersex-Invlusive Pride Flag, with the traditional rainbow bars on the right meeting five greater-than symbols (in black, brown, light blue, pink, and white) on the left, with a triangle of yellow and a purple circle filling it out. I wish I could say I knew immediately what the flag meant, but it was only because of Reader Digest’s primer “32 LGBTQ Flags and What They Mean” did I, one, know what the flag was and, two, that it even existed. (It was created by Valentino Vecchietti in 2021.) The Pride flag is as identifable as Old Glory, and I can absolutley spot the Transgender Pride Flag (two light blue bars on the top and bottom, followed by two pink bars, and a white bar in the middle). But as for the rest—what an education. For instance, did you know the Pride flag we all know is really the second version? That the original, created in 1974 by Gilbert Baker, had a hot-pink stripe above the red at the top? Or that the hot-pink was dropped, in 1978, because it costs too much to manufacture (and demand soared in the wake of Harvey Milk’s murder)? I didn’t! How about the Philadelphia Pride Flag, which is the Pride flag with a black and brown bar above the red? New to me! And who knew about the Two-Spirit Pride Flag, which places two feathers on a circle on top of the Pride flag? I didn’t! Many of the flags are clear derivatives from the ’78 Pride banner, but there are quite a few that get really wild and creative and extremely subcultural. (Marie Claire has another roundup with a few others.) This is my favorite kind of listicle—one that complicates, in a good way, an everyday thing we take for granted and introduces us to a vibrant, creative world of expression and identity. It sure made me smarter. And I can’t wait to see how many of these other Pride flags I can spot in the real world. —Dante A. Ciampaglia 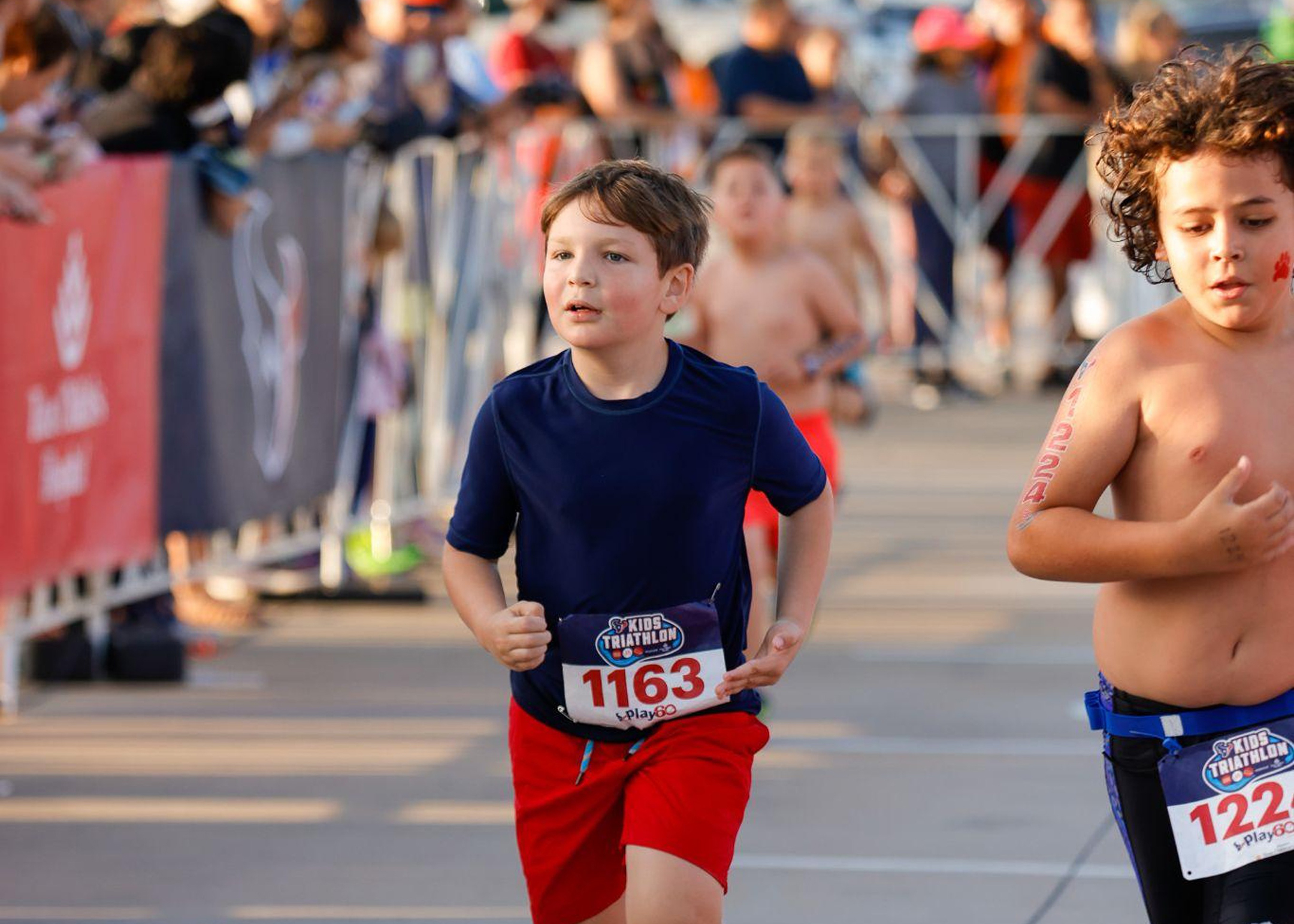 Last month, George, my 8-year-old son, competed in his first triathlon with his school’s triathlon team. The 2022 Houston Texans Kids Triathlon course featured a 250-meter swim, two-mile bike ride, and one-mile run. You must be thinking:  Why would you do this to your child? I had the same thoughts, questioning my judgment every day until the race. In my defense, I signed George up for this adventure so he could meet other kids, exercise, and make up for all the experiences he missed during the extended virtual learning phase of the pandemic.

George has been in swim lessons and soccer for almost five years, so I figured he could manage the swimming and running. He can also ride a bike, so I assumed he could handle that leg, too. We did some loose training but placed no pressure on George to “win” and abided by his coach’s advice: The purpose of the race is to have fun and explore your athleticism. But I still had concerns about George’s abilities. Could he do it?

In the end, George placed well for his age group and happily crossed the finish line with a close friend. Ultimately, my doubts were the biggest barrier to George’s success in the race. This experience affirmed that my role is to encourage him to challenge himself—and to encourage failure as a means of learning. After all, kids, and adults, often stretch for the goals set for them. —Michelle Cruz Arnold 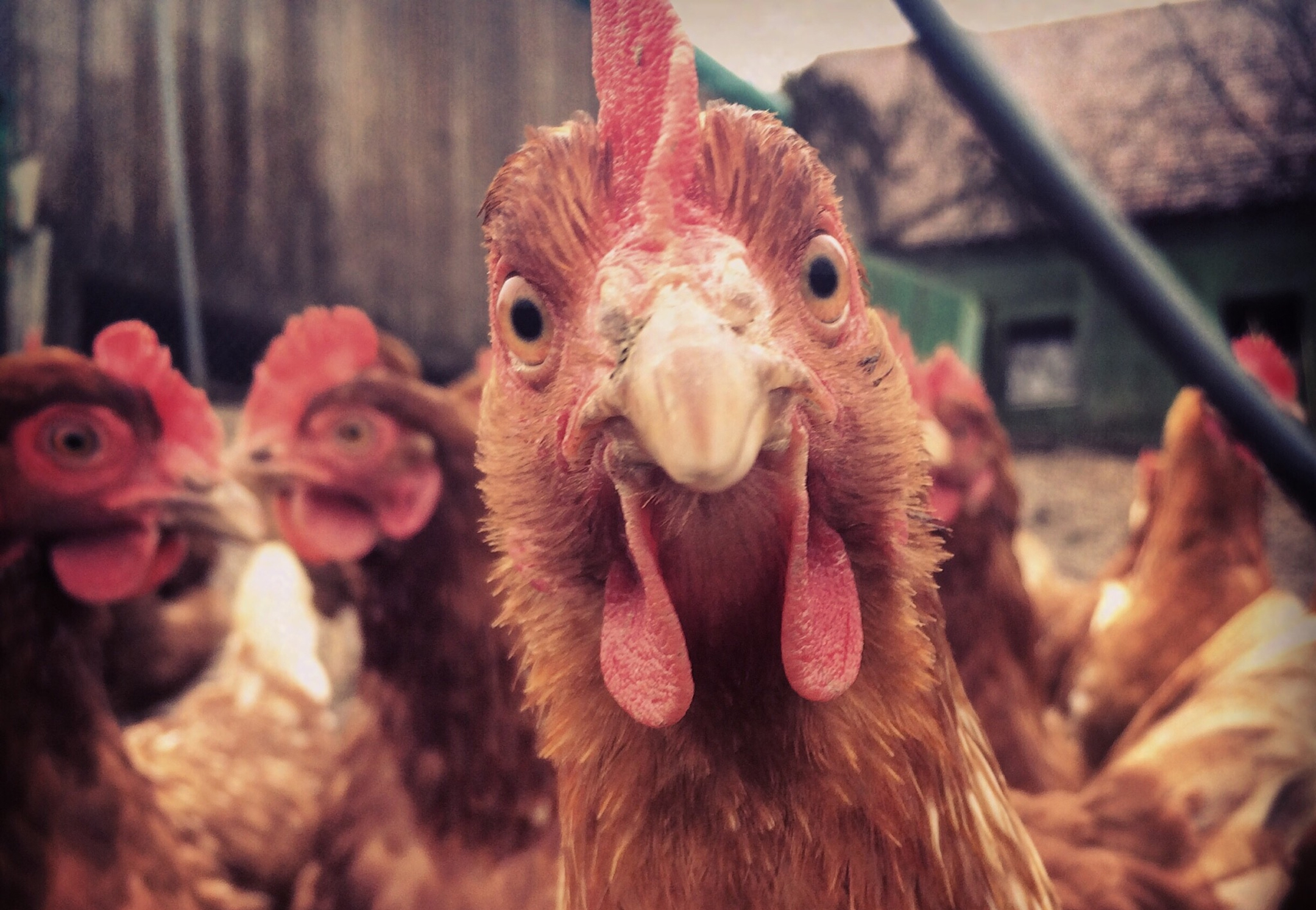 I recently took a stroll in Central Park and saw lots of dogs being walked and even a few horses being ridden. It got me thinking about the outsized role those animals have had in the development of human civilization. Dogs started off as wolves that were domesticated some 15,000 years ago for hunting and companionship. Horses were long a wild animal before also being domesticated, some 5,500 years ago, as a work animal and mode of transportation. (The horse was also the most popular animal depicted in Paleolithic cave art.) On my way back from the park, though, I stopped at the supermarket and purchased several parts of an animal with which man has had a long-running culinary relationship: chicken. As Vox reported of last year’s biggest day of chicken consumption, “almost 100 million Americans tuned in to watch the Super Bowl, and they ate 1.4 billion chicken wings and drumsticks—wings and legs from 700 million birds,” adding that “every year, Americans consume 8 billion chickens.” So when did we start domesticating this popular part of our game-time diet? Charles Darwin postulated their descent from the pheasant-related red jungle fowl of Southeast Asia, which was confirmed by a 2020 study. That lineage was narrowed in a new study, to an area in central Thailand at Bon Non Wat where the oldest domesticated chicken bones date between 3,250-3,650 years old. Turns out, the spread of dry rice farming was instrumental in taming fowl, with Science reporting that “researchers propose that the rice seeds drew wild jungle fowl to rice fields, where the birds nested in thickets at the edge of the fields and got used to humans.” So next time you enjoy a delicious chicken/rice platter, remember how that combo resulted in all those hot wings on game day. Annnnd yep, now I’m hungry. —Christian Niedan 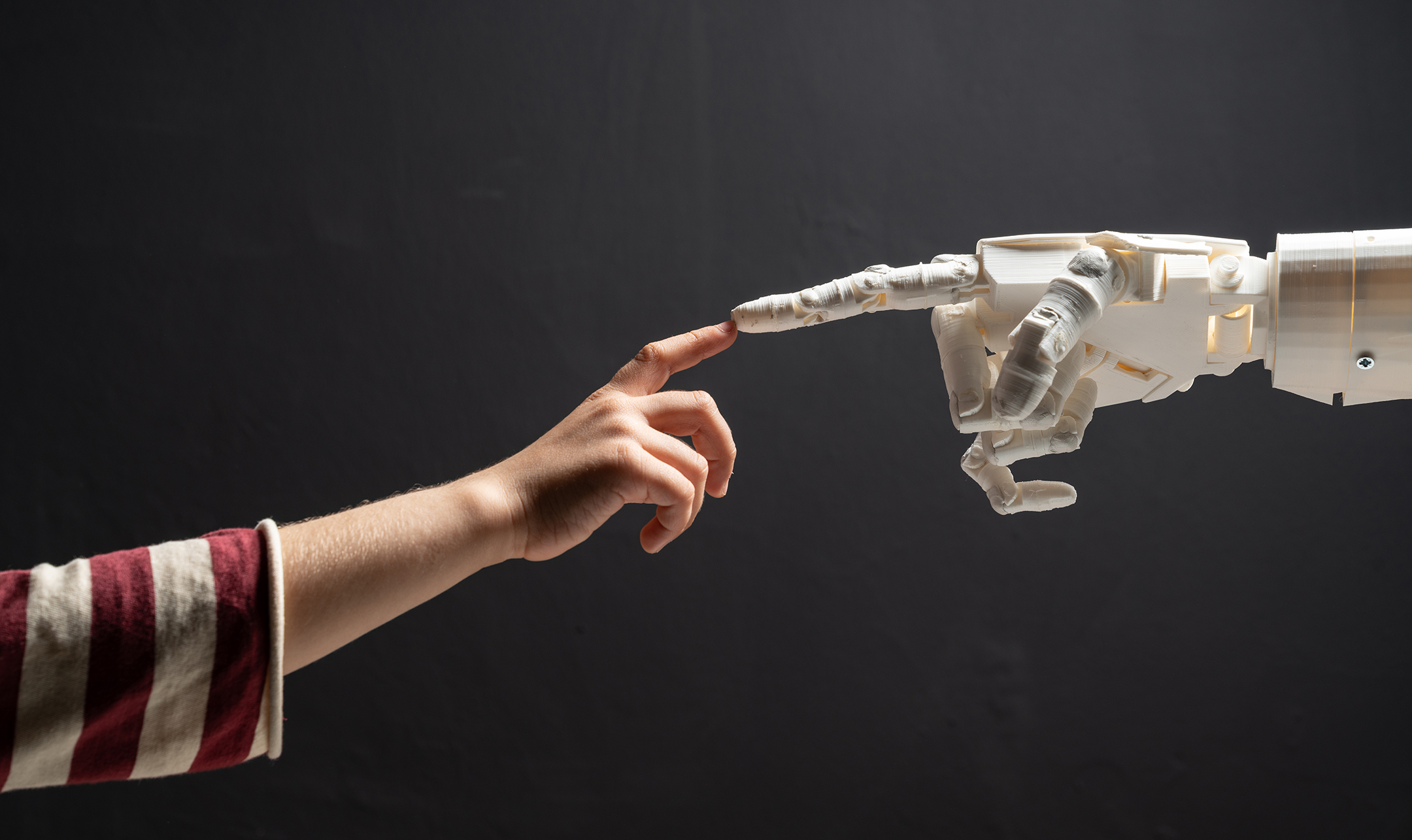 I have some doubts about this reimagining of "E.T."....

A Case for the Touchy-Feelies

I don’t remember much from high school, but I do remember the wire monkeys. In AP Psychology, we learned about Harry Harlow’s fascinating and haunting 1960’s study where he took baby rhesus macaques away from their mothers and put them in a cage with two mom-monkey replicas. One “surrogate” mom was a steampunk-looking, cold-wire-mesh contraption that dispensed nourishing milk; the other was a cloth-covered stand-in that provided no milk. The babies clung insistently to the softer surrogate, even though it didn’t feed them. The sensation of soft touch was more important than actual sustenance. That insight seems obvious now, but I had forgotten why Harlow felt the need to run such a cruel experiment. “Influential Western child-rearing authorities of his era were instructing parents not to touch their babies any more than absolutely necessary—to regard cuddling and kissing infants and small children as antiquated forms of overindulgence,” writes Cynthia Gorney in a spectacularly good National Geographic feature on the science of touch. “Harlow’s monkey experiments were ethically repugnant by modern sensibilities, but they’re part of the reason we now know how wrong those authorities were. The baby macaques, our close evolutionary cousins, needed what Harlow called ‘contact comfort’ so profoundly that they spurned a steady food source in favor of a soft touch.”

There are now teams of researchers working to restore that “contact comfort” to people who have lost limbs to war, disease, or accidents. University scientists are learning how to connect robotic prosthetics back into the nervous system so the wearer can actually feel a sensation of touch through electrical signals controlled by a computer. They’re motivated by a growing understanding that touch—the sensation of comfort we get from contact with our fellow humans—is vital for health and happiness. “It’s our earliest and, you could argue, our fundamental language of social connection,” says Berkeley psychology professor Dacher Keltner. A lot of us came out of the pandemic with a deeper appreciation for how much we need that connection, how restorative it can be. —Eric Johnson 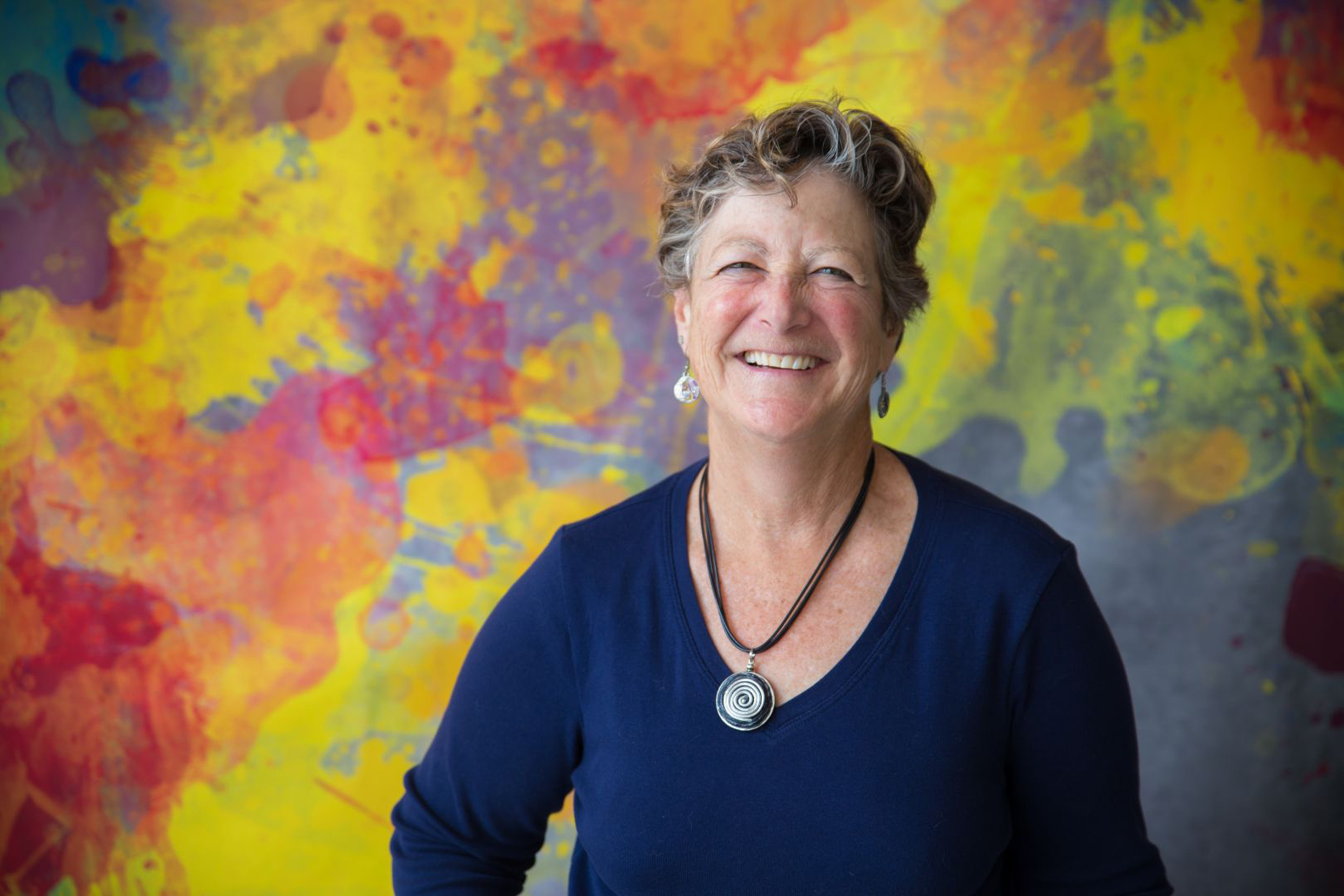 Merryl Goldberg, in her role as a Cal State music professor.

Maybe it’s because I’m old enough to remember the waning days of the Cold War, or because I’m a sucker for anti-authority ingenuity (hi, my John le Carré books), but I’ll never get tired of stories of everyday people—from the West and East—coming up with creative ways to smuggle freedom behind and out of the the Iron Curtain. People like Merryl Goldberg, an American saxophonist and currently professor of music at California State University San Marcos. But ahead of a trip into the USSR in 1985, she devised a musical-note encryption to smuggle sensitive information into and out of the bloc. Goldberg and three others from the Boston Klezmer Conservatory Band were there to meet members of the “dissident ensemble” Phantom Orchestra. “[Goldberg] had carefully packed sheet music, reeds, and other woodwind supplies, along with a soprano saxophone, to bring into the USSR. But one of her spiral-bound notebooks, lined with staves for hand-notating music, contained hidden information,” writes Wired’s Lily Hay Newman. “Using a code she had developed herself, Goldberg had obscured names, addresses, and other details the group would need for their trip in handwritten compositions that looked, to an untrained eye, like the real melodies she’d written on other pages of the book.” Genius!

As Goldberg recounts in the story, Soviet officials, including members of the KGB, rooted through her stuff but never discovered the secretly coded messages—which, Newman writes, utilized all the flats, sharps, staves, tempo markings, and rhythm notation in the music composition toolkit to create the cipher. “I picked a note to start, and then I created the alphabet from there,” Goldberg told Wired. She taught it to her bandmates on the plane ride, and they used it “to take in people’s addresses and other information we would need to find them. And we coded things while we were there so we would be able to take out some information about people and their efforts to emigrate, as well as details we hoped could help other people ask to leave.” I love this story. It’s some true-blue American gumption, for sure, but it’s a testament to the human need for connection and expression and the lengths we’ll go to to get it—even in the face of potential imprisonment and worse; especially then. “On the second night, we were playing together and the KGB came in and everything got shut down. The electricity was turned off; it was a scary situation,” Goldberg told Newman. “And yet, when we’re playing music no one can take away that sense of freedom and empowerment. Playing together and communicating with people through music is like nothing else. I was amazed by the strength it brought the people there. Music can be very comforting, but it also conveys a sense of feeling powerful.” Hear, hear. —Dante A. Ciampaglia