A'layeah Joisanne stands out among the ambitious up-and-comers in New Jersey's film and television industry. A 2018 graduate of Bloomfield College, Joisanne interned at the New Jersey Motion Picture and Television Commission. She already has acting, directing, writing, and editing credits on locally shot films and shows. And she just launched a filmmaking podcast with The Studio at Kearny Point.

But while acting and directing might be the marquee gigs, Joisanne's most crucial education in becoming a savvy entertainment industry professional came in a decidedly less-than-glamorous on-set job: production assistant.

If you’ve ever been near a movie set, you’ll know production assistants (P.A.s) as the walkie-talkie-toting folks who kept you from walking through a shot. But P.A.s serve a larger purpose than keeping you from getting to where you’re going. They keep things moving for the cast and crew during a production, whether that’s getting coffee for a director, getting an actor to set, or ensuring equipment is where it needs to be. It's also a great way to gain vital, practical experience—including set and office etiquette—and is a common first rung on the film and television production career ladder. 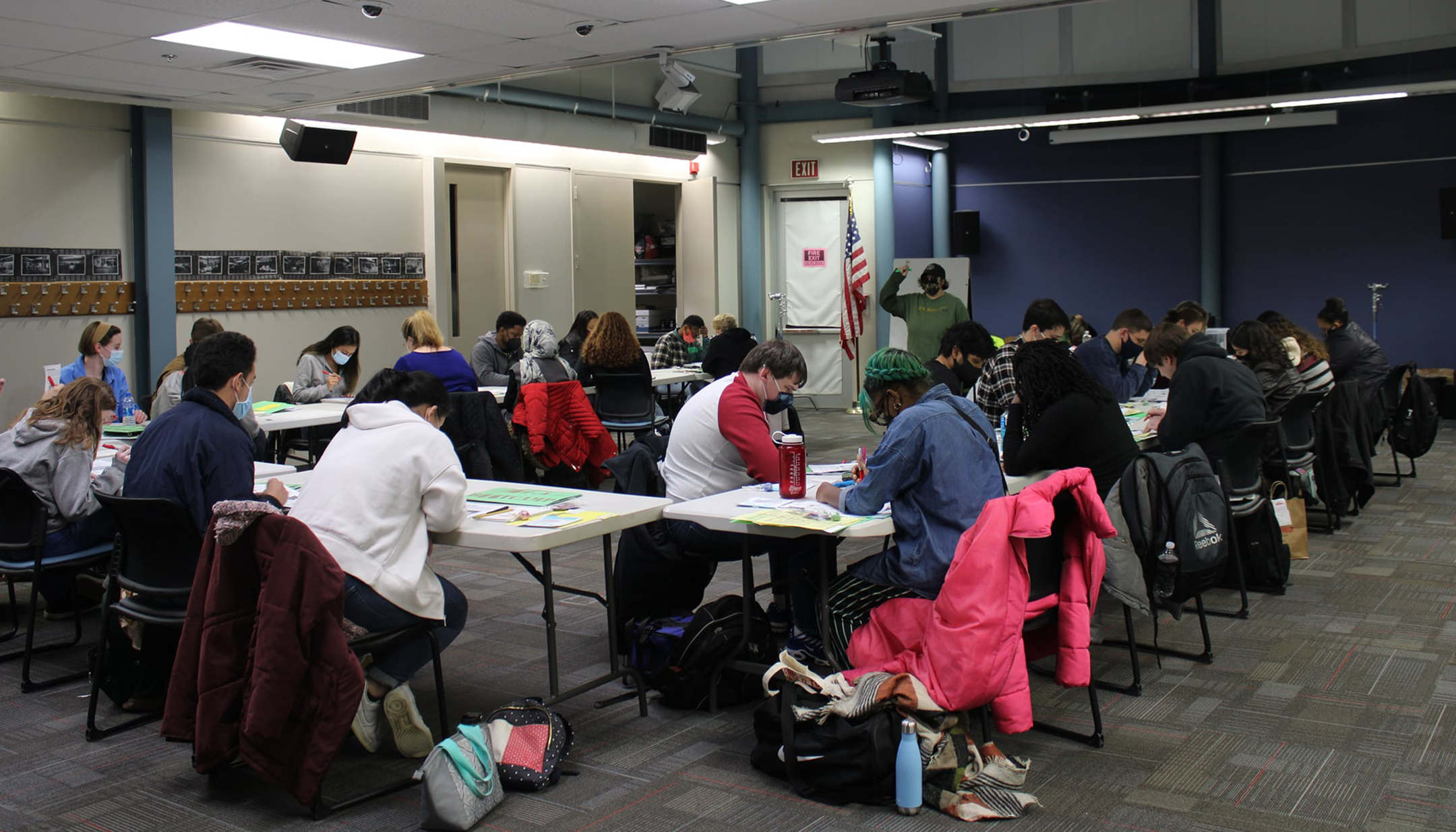 And that's what drew Joisanne to participate in the P.A. Bootcamp in Jersey City in 2018. She tells The Elective that she had a bit of on-set experience prior to the intensive, but it was a necessary refresher.

“An eye-opener was learning the language, how they speak on-set,” Joisanne recalls. “I think the biggest thing that I took away from that experience was knowing the language that's spoken on-set. So when I reached out for work, I was able to sound like I was on-set for all my life. I didn't come off being green, I came off as if I work in this industry."

This two-day crash course on all things production assistant has operated at rotating locations in New Jersey since 2018. It's open to college-aged Jerseyites and is free, thanks to sponsorship by companies like NBC Universal and Sony Pictures Entertainment. But acceptance into the program isn't guaranteed. For an April 2022 P.A. Bootcamp at Mercer County Community College, for instance, 25 participants were chosen from 125 applications.

“I’m helping New Jersey build their workforce; I’m not helping somebody who’s a Princeton senior who just is looking for something fun to do in the summer before ‘I start my big job at Google,’” program director Jody Brockway told NJ Spotlight News. "What we’re trying to get is someone who will actually do the job, not browse.”

Ensuring P.A. Bootcamps accept committed industry hopefuls is important to the sponsoring media partners looking to train the next generation of entry-level employees. But it’s also important to the people going through the training.

“You're learning the ins and outs very early on, you're getting exposure very early on, you're networking very early on," David Schoner, production coordinator for the New Jersey Motion Picture and Television Commission, tells The Elective. "Those are keys to any business, but they're even more important in the film business because people work with the same people over and over again."

And there’s plenty of P.A. work to be had in New Jersey, thanks to the state's booming production economy.

Four years ago, Governor Phil Murphy reinstated a film and TV tax incentive, including a diversity bonus for productions with at least 15% of its cast/crew being women or people of color, that had expired under the previous administration. In 2017, productions shot in the state contributed $67 million to its economy. By 2021, that number ballooned to $501 million. In 2019 alone, the tax credit helped create 10,300 production industry jobs.

Paterson, New Jersey, in particular has hosted some high profile sets: 2016’s Paterson, 2019’s The Irishman, and 2021’s West Side Story and The Many Saints of Newark. (A decade earlier, it was utilized for several episodes of The Sopranos.) 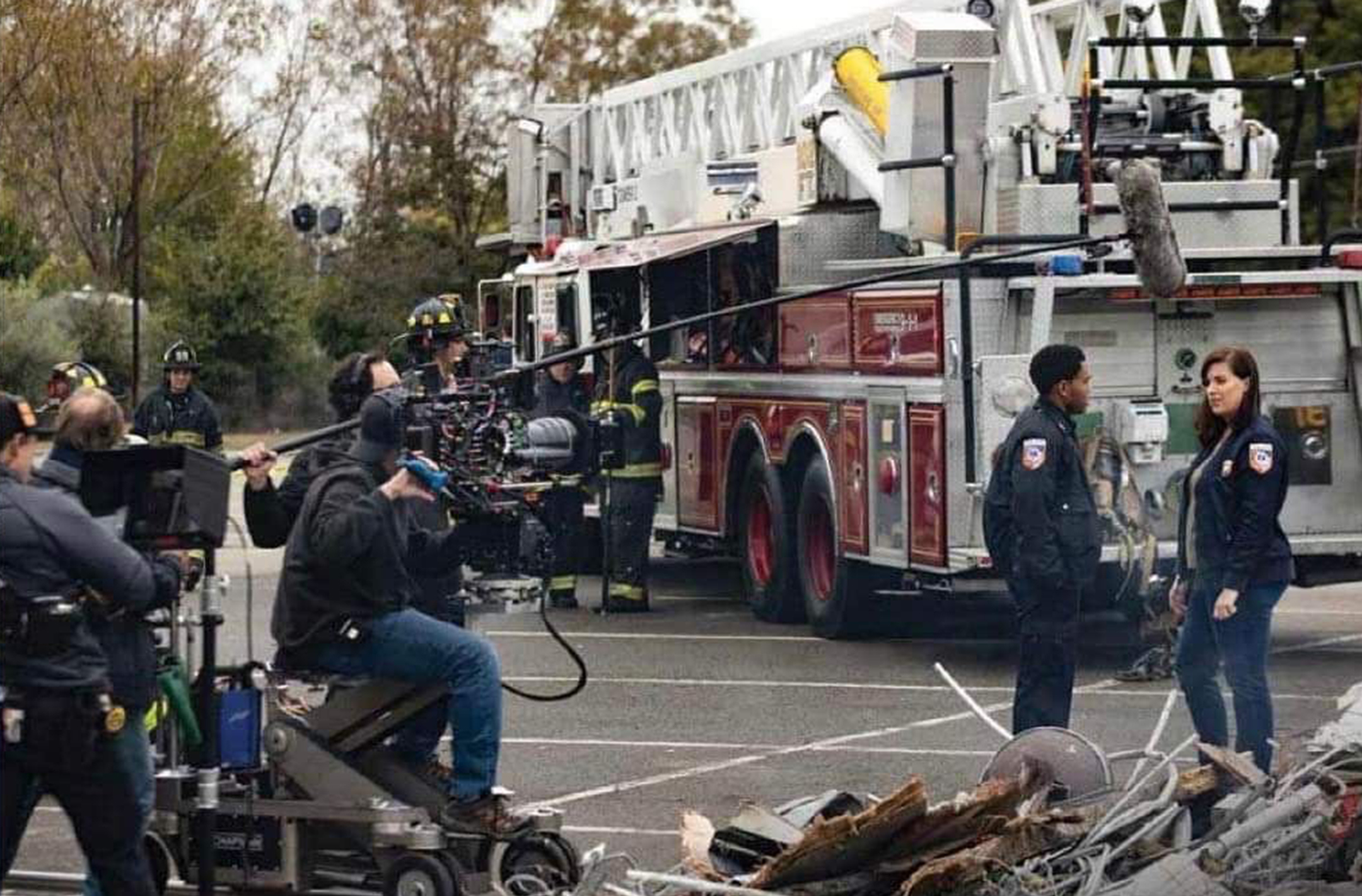 A scene from the show "Emergence," filming on the streets of Secaucus, New Jersey.

One of the people keeping New Jersey film and TV sets humming was Dalton Snider-Smith. A recent graduate of Montclair State University, she participated in a 2019 P.A. Bootcamp in Paterson, picking up some long-lasting skills while toting the iconic P.A. walkie-talkie.

“We did this very fun exercise where we had to switch out the batteries of our walkies as fast as possible,” Snider-Smith tells The Elective. “We did a little race for it, which seems silly. But now, as I've worked on-set full-time for several years, it really is valuable. You never know when they're going to call your name over a walkie. If you miss it, that doesn't sound so good."

Since her bootcamp, Snider-Smith has been a P.A. on several films and TV shoots, including Awkwafina Is Nora From Queens and The Politician. In 2020, she wrote and directed the short film Fantasy Master, and earlier this year she moved to New York City to work on The Marvelous Mrs. Maisel.

The trajectories of both Joisanne and Snider-Smith show the value of the P.A. Bootcamp. After going through it, aspiring film and TV professionals are more prepared to take up that walkie-talkie and be the unseen backbone of your next favorite movie or show. And, more importantly, they’re proof that actual filmmaking can be the next step after P.A. work.

So have some sympathy the next time a P.A. politely prevents you from walking into a street shot. They may be the one making your favorite films and shows one day.

School Days Influences: Inside the World of New Yorker Cartoonists