This week we feature an oil-on-canvas work made by Anastassiya Skripchenko from the High School of Art and Design in New York, which was included in the 2019-20 AP Studio Art online exhibition. (You’ll find the exhibition halfway down the page, under the heading AP Exhibit.) 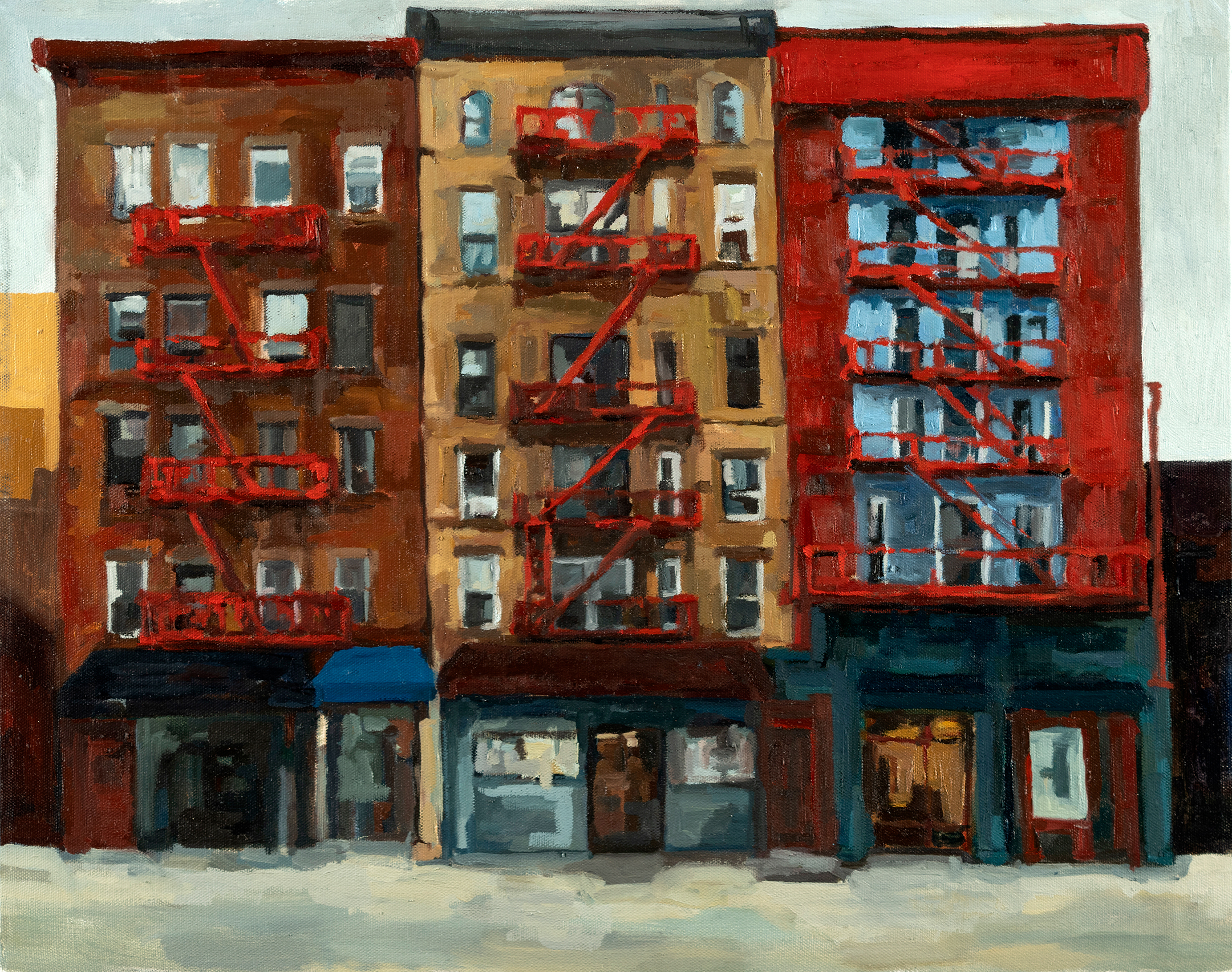 Here’s Anastassiya’s statement on the work:

And here is teacher James Harrington’s thought’s on Anastassiya’s work:

This painting was created as part of Ana’s concentration series. Ana’s initial focus was on NYC genre scenes that evolved into a personal portrait of her own significant NYC places. I give students complete freedom to explore their subject and try to keep the concentration themes as open as possible until very late into the process. The common link is always the artists themselves. A body of work coming from a single artist engaged in exploring her creative direction will have a unifying thread, even if the work meanders as it evolves. Finding the words to describe that thread is part of the awakening of the artist’s identity. Ana’s strong painterly style was evident from the beginning. She has the realist temperament of observing and capturing the world around her. I never dictate a style or subject matter, but Ana’s aesthetic aligns closely with my own, so I always had a keen appreciation for her paintings.

I believe that the classroom culture of openness and acceptance of everyone’s creative direction is essential. As the students develop, I very deliberately step further away, allowing them to be the authority on their own work. I provide structure and support in an atmosphere of creative freedom, exploration, and striving.