Welcome to The Elective’s digital art museum, dedicated to the incredible work of AP Arts students. This week we feature a drawing made by Sophia Jortner from Joel Barlow High School in Redding, Connecticut.

This week we feature a drawing made by Sophia Jortner from Joel Barlow High School in Redding, Connecticut.

Here’s Sophia’s statement on the work:

"It took me a while to find a specific way to display time and age because it is such a complex subject. This piece that I selected was my first ever painting that I had done in my portfolio and I wanted to show the two most essential times of a human's life for my first study, which was childhood and adulthood. The child is the smaller face in the painting showing that it is a small part of our life compared to adulthood but still essential. Underneath the childhood face there's a line almost showing the timeline of one's life. I wanted to represent that time and age go hand in hand when it comes to growing up. As time goes on we grow older and as an outcome we build more knowledge and experience.

“There are many little hidden symbols that are all significant. On the bottom right the phrase "So many choices" are written alone with question marks, meaning In our lifetime there are so many paths and choices that we can take. The bright colors that are especially highlighted around the adult represents the youth that is still present in an adult's life no matter the age. Another major part of this painting is the red clock in the back. While painting this painting I wanted to try and find a way to represent a clock that is a symbol for time in an indirect way. The Face on the clock is showing that we, as humans, are the clock. Not so much controlling time but controlling what we do with the time given. My goal with this piece is to bring the struggles with childhood and the choices that we make as we grow older with time and the lack of youth and brightness that adults still hold.” 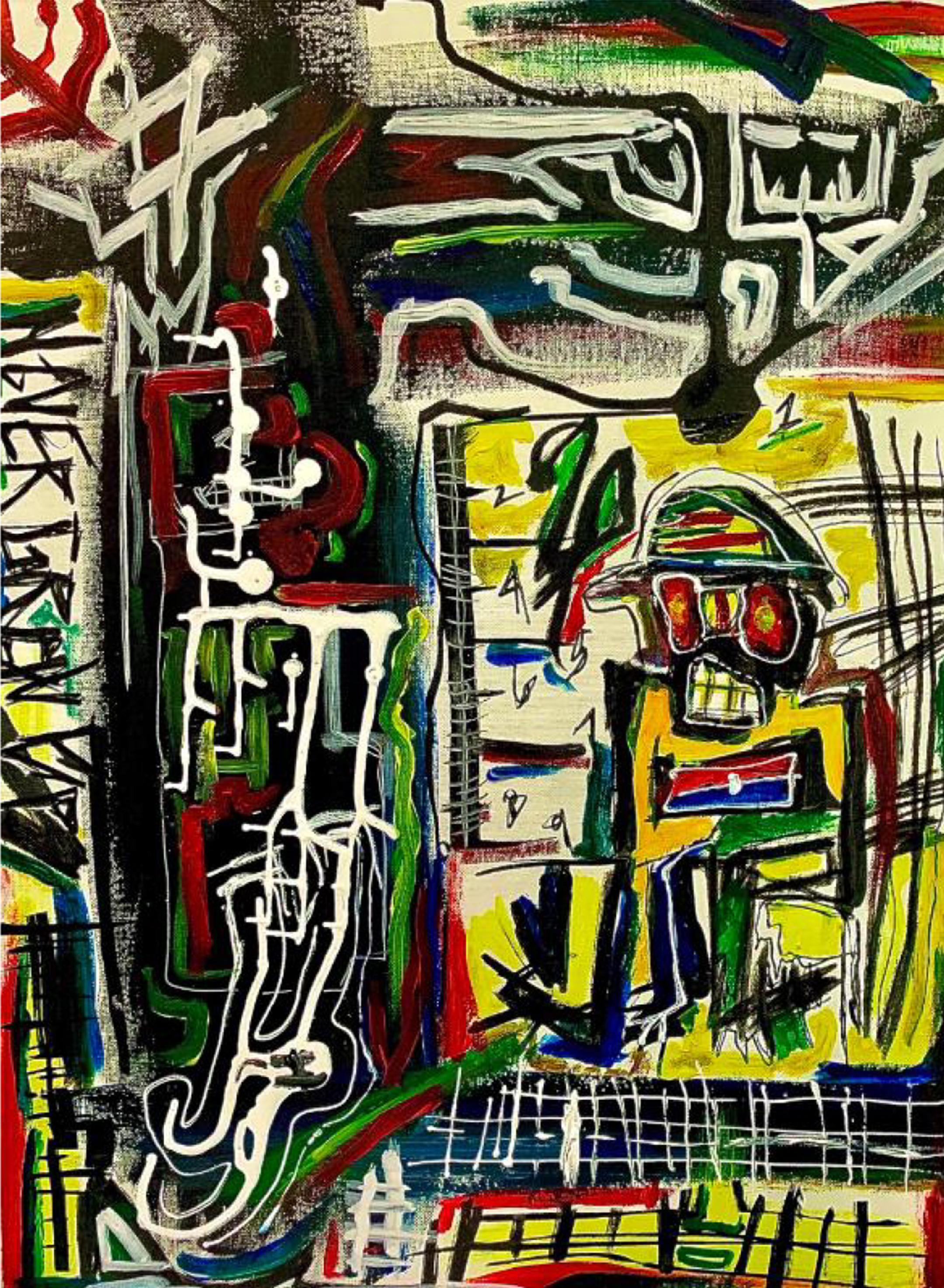 Used paint and paint markers to demonstrate the complex ways of parenthood through time and age. It displays the demons and greatness of age/time of parenting through indirect ways with abstract symbols.

“Prior to AP Sophia had already taken several studio classes, and my overall assessment was that she was exceptionally talented but was hesitant to take risks or make decisions without seeking guidance. AP began much the same way and with additional challenges, namely only one other junior being in the class, and the demands of the portfolio to create work out of personal experience. Her summer work and initial theme ideas were strong, but quickly she realized she was in uncharted territory. We began the year in hybrid, and as I knew we’d be out at some point I had to immediately hammer on the tenets of the portfolio process with a heavy emphasis on experimentation, connection of materials to concept, and writing sustained investigation statements and piece descriptions. It was a lot right away, and Sophia was one of many who had trouble adapting to the demands of the assignments.

“The lack of physical critiques was damaging to everyone—we had 42 minutes each day where I attempted to either implement a lesson or run a hybrid critique. It was downright awful, and by the time we went out in November due to infections I was depressed about the status of everyone’s work.

“Our collective experience as a class was a microcosm of humanity and education during the winter. In five months we watched as we all fell behind on our artistic development, tasks, and mental health. The pandemic consumed everyone’s dreams and waking thoughts. As a survival mechanism, many humans, including Sophia, turned inward to reflection and self-exploration, reaching deep into the timelessness of isolation to find herself. She released her inhibitions and let things flow. She began to produce work at a pace I hadn’t seen. Typically a slow and methodical worker, she was now painting with energy and speed on larger and larger canvases

“Each crit she had something new started. She started asking questions of the group for herself, and not for what she thought others would do or want. When we went back in mid-January, she opted out and stayed home, giving herself more studio time. When she did return in late April, she had metamorphosed. She was asking me what art schools she should look at, and how to find gallery shows and internships. When she hung her work at the end of the year she received outward, expressive adoration from so many students and staff.

“In terms of defining her success in AP, it seems it was synthesis of: maturity, time to process what she was intaking (on the news, in her world and in her thoughts), and a year-long challenge to grapple with in the form of the final 20 works, and she found her artistic release valve. Her work reflects the outlook of someone who considers herself an artist. She found her artistic confidence, and currently has a summer internship at a gallery and artwork up in it. She’s on her way.”

And here are a few other works from Sophia’s portfolio: 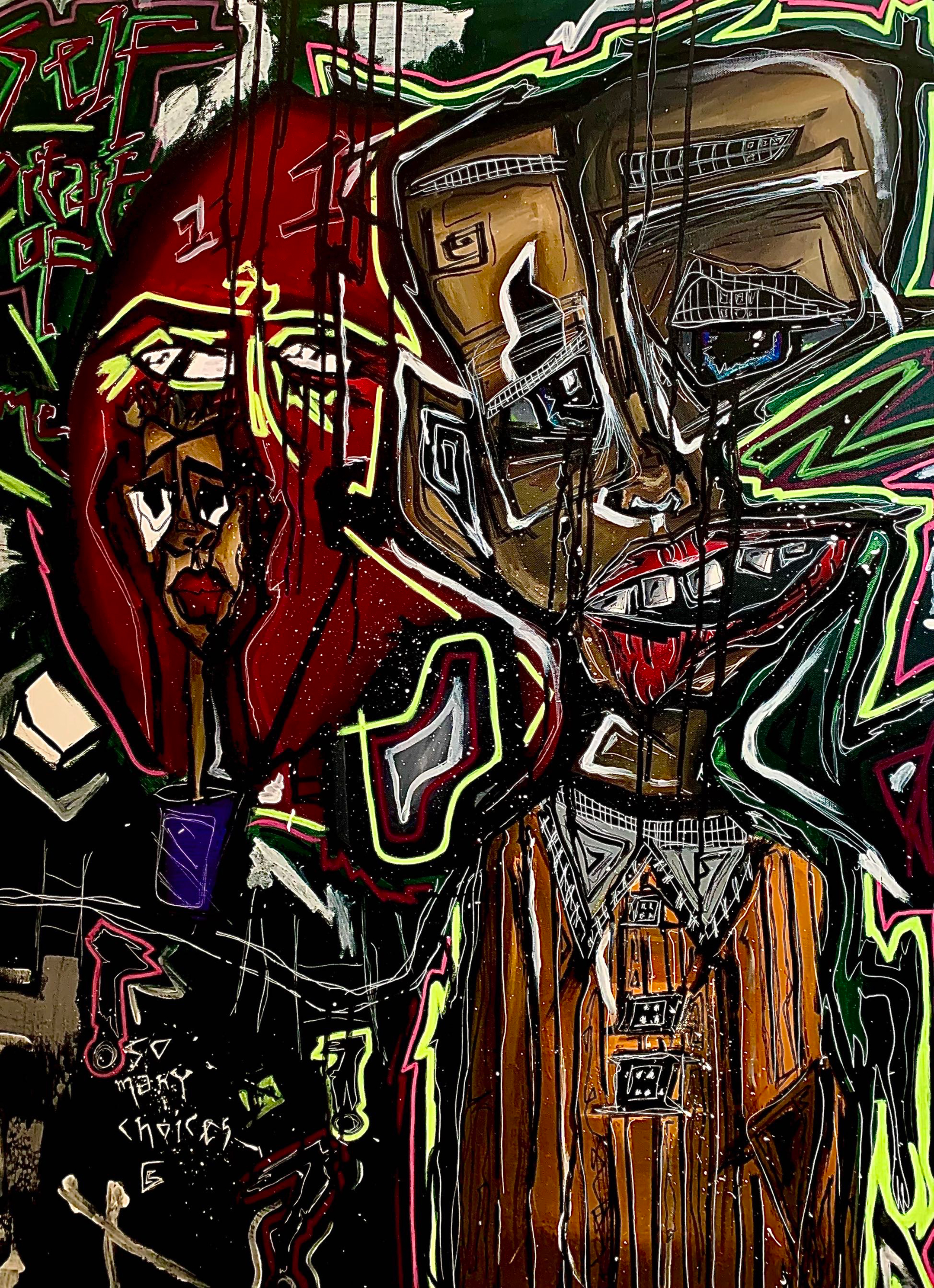 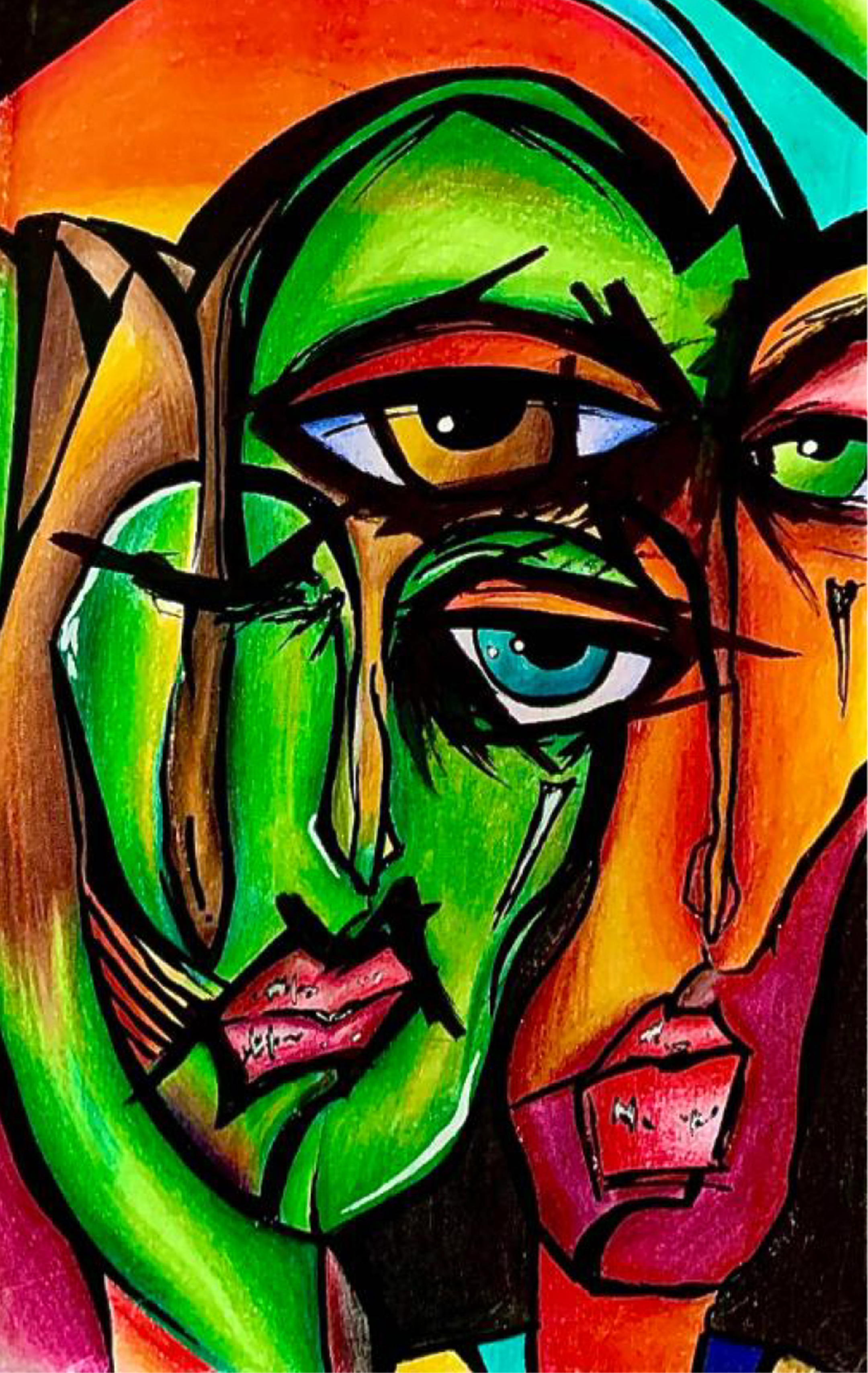 Colored pencils were used to show emotions of two people connected to each other. 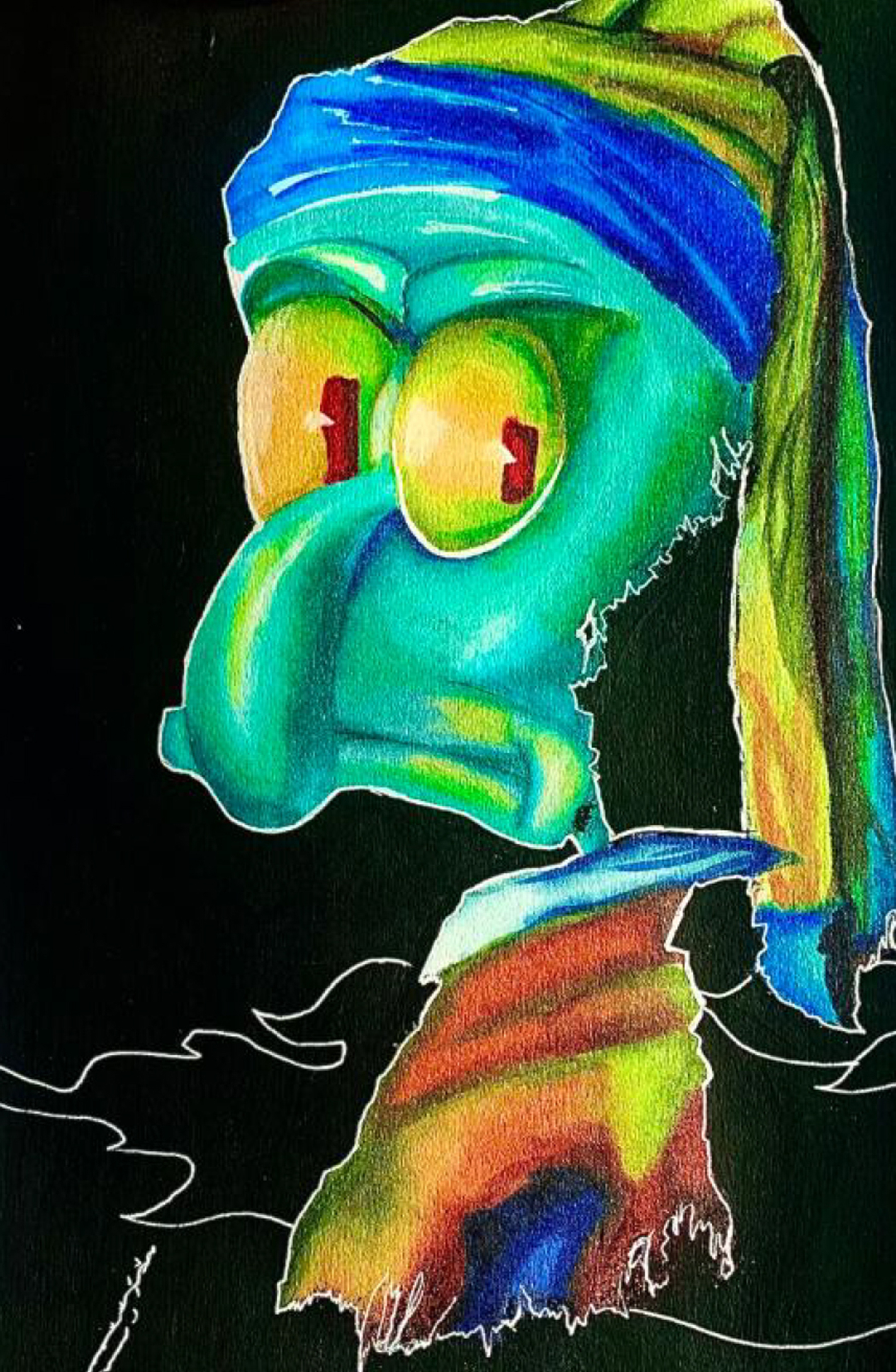 Used marker to perfect the blending by creating a piece showing unity between time. This represents a classic painting and a character familiar to young people, a bridge between generations. 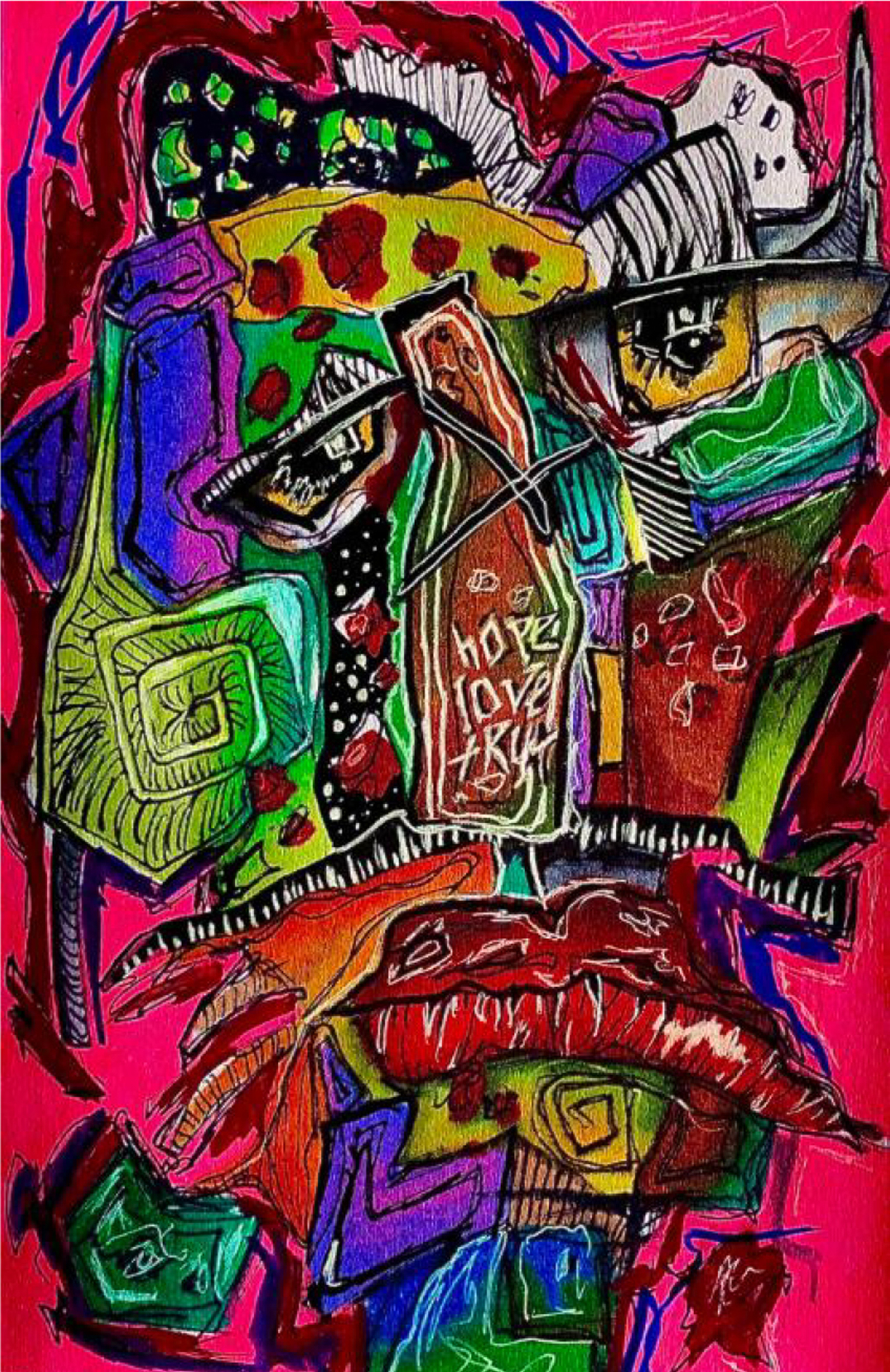 Used alcohol-based markers to show the vividness of a young mind with an untainted view of the world when not much time has passed. 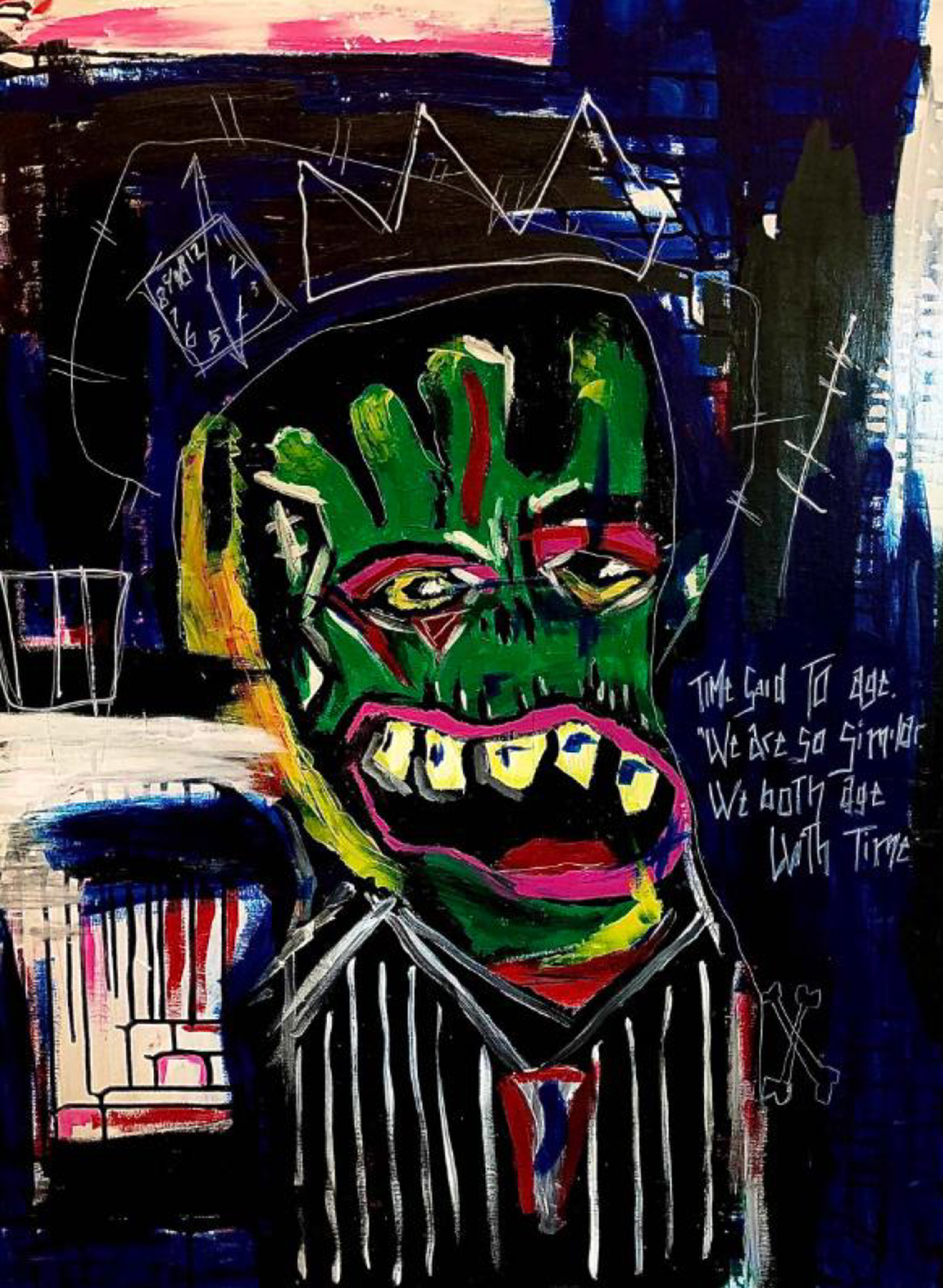 This expands the idea of Frankenstein and challenging the standard time and age of one's living self. 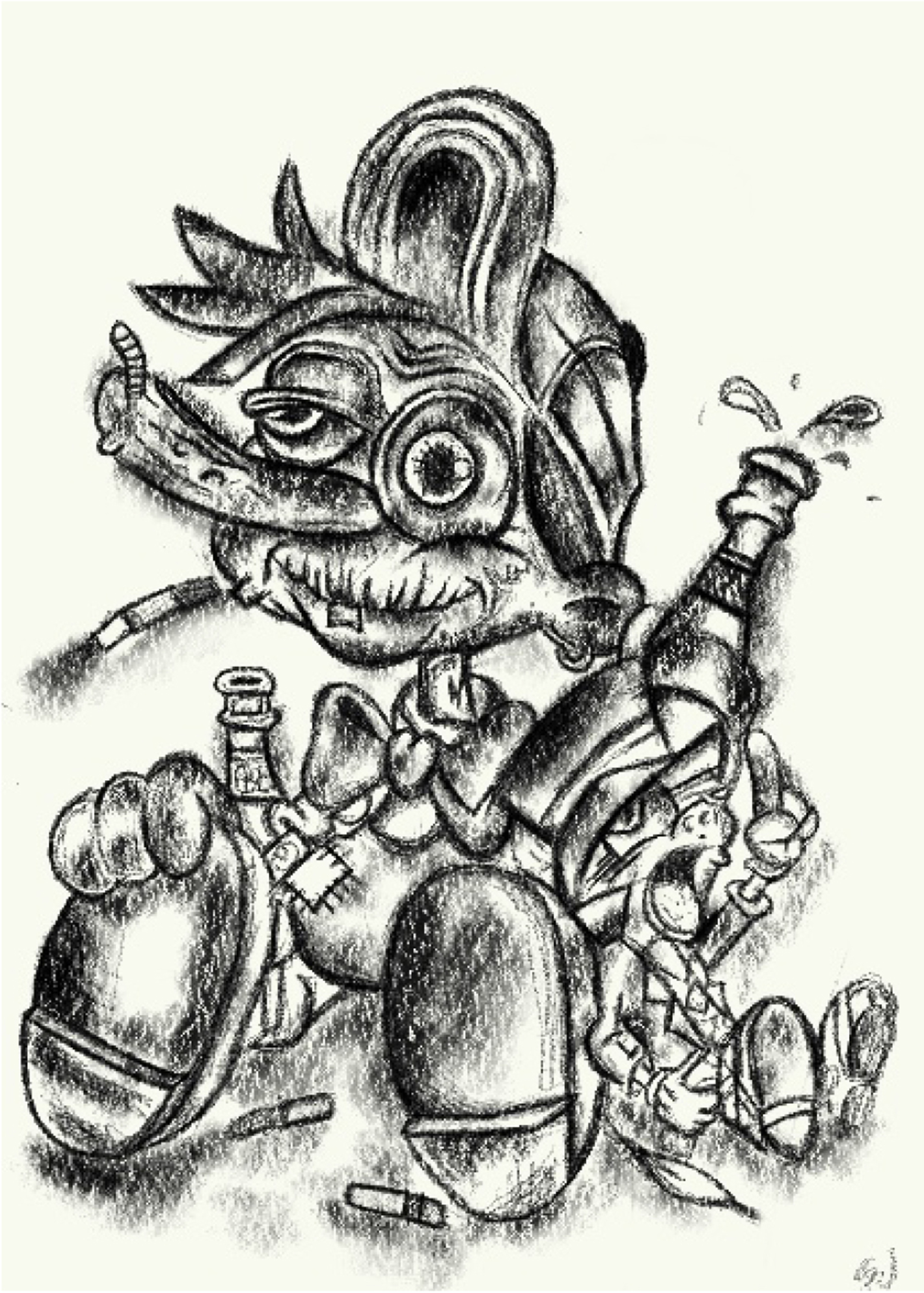 A digital sketch of a classic animation putting a modern twist on it to show the bridge of time and age. 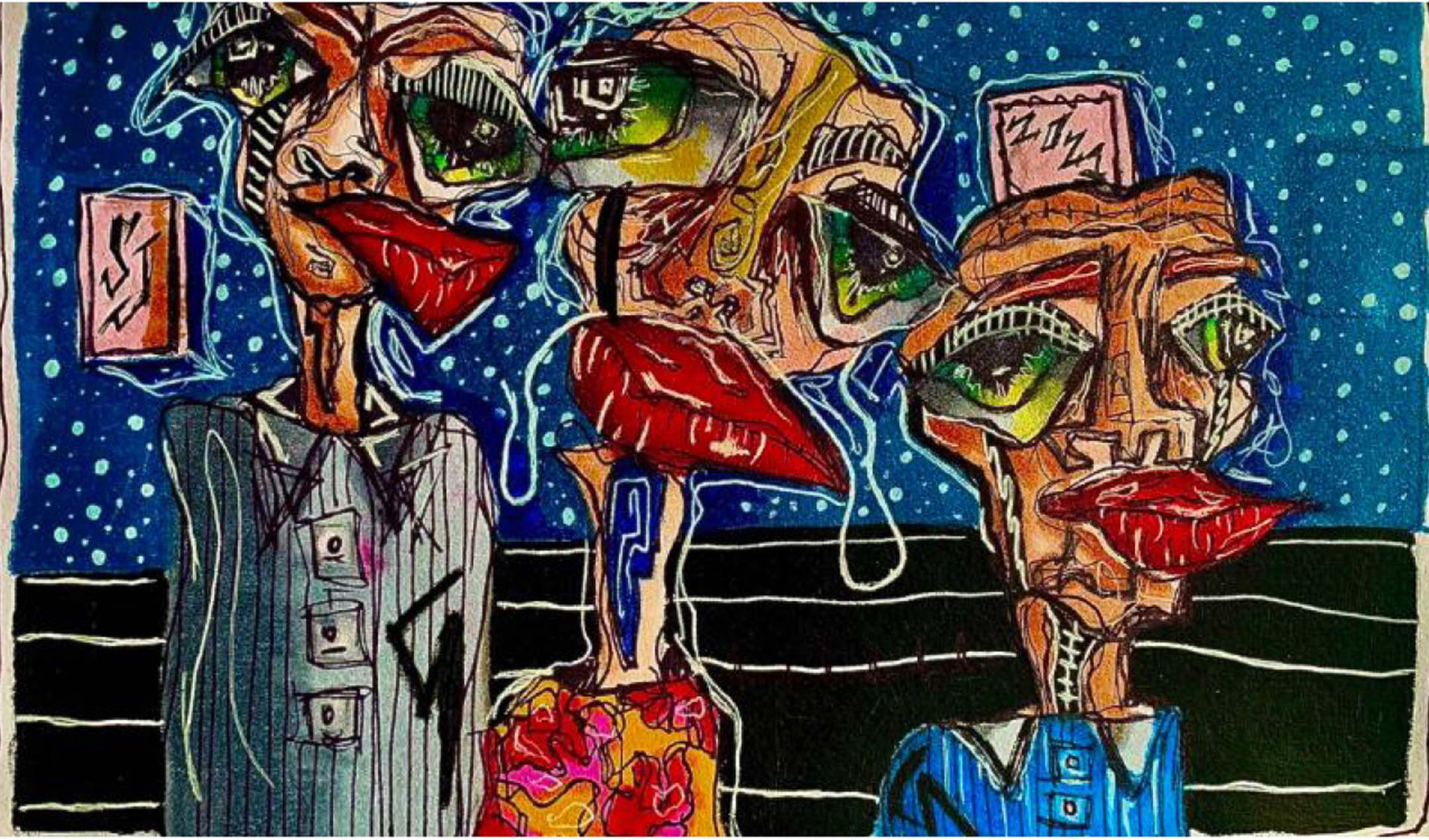 Used marker to show the vibrance of a family contrasting to the happiness in a dull time.