The Student Loan Crisis Is More Complicated Than a Number

The student debt crisis—more than $1.6 trillion in debt owed by almost 43 million borrowers—has become an important issue in the 2020 election. The gauntlet was thrown down by Senator Elizabeth Warren last April when she announced that, if elected president, she would fight not just for free college but also the cancellation of up to $50,000 in student loan debt for 42 million Americans making less than $100,000 per year. Bernie Sanders responded with a plan to forgive all debt for all Americans. Joe Biden has not come out in favor of student loan forgiveness, but he does support stronger financial aid packages for low-income students and other supports to drive down the cost of college.

It’s no surprise that Democratic candidates are talking about debt. In a 2019 Morning Consult/Politico poll, a majority of voters favored eliminating up to $50,000 of student loans for individuals making less than $250,000 per year. More than three-quarters of those who voted for Hilary Clinton in 2016 strongly support or somewhat support loan forgiveness.

A 2019 Federal Reserve report suggests that student debt burdens play some role in the decline of homeownership among people in their late 20s, but the causes of the drop are multiple and complex. “On the one hand, student loan payments may reduce an individual’s ability to save for a down payment or qualify for a mortgage,” the report’s authors write. “On the other hand, investments in higher education also, on average, result in higher earnings and lower rates of unemployment.”

Even with those conditions, there’s hardly unanimous agreement when it comes to student debt. Some scholars, such as Matthew Chingos of the Urban Institute and Beth Akers of the Manhattan Institute, have questioned whether there is a crisis at all.

Let’s look to some facts to help put things into perspective.

Some of the growth in total student debt is a product of more Americans earning bachelor’s degrees, but a large portion of total student debt is from graduate studies, including business, medical, and law school. Those three professional programs have very low rates of discounting tuition or providing grants to students, but historically they all have high rates of return in terms of lifetime income.

Medical students, for example, borrow a lot of money to go to school. The average amount of debt held by doctors who attended a public medical school is $180,000; that jumps to $200,000 for doctors who attended a private medical school. But doctors also earn high salaries over long careers. According to Medscape’s Physician Compensation Report 2019 survey, the average primary care provider earned $237,000 in 2019, while specialists’ averaged $341,000.

It’s perhaps best to think of the student debt crisis not as a lump sum—who isn’t shocked by numbers in the trillions?—but as harm done. It’s important to pay attention to who gets hurt by student debt. Spoiler alert: It’s not (usually) doctors and lawyers.

College Board’s Trends in Student Aid 2019 report* found that 18% of borrowers were in default on their loans. But those borrowers accounted for only 12% of total debt owed. That disparity is explained by the disproportionate number of borrowers in default with small amounts of debt.

It’s those small borrowers who are at greatest risk. Higher education economist Susan Dynarski has shown that student borrowing under $5,000 default at a rate of 34%, compared to 18% for those borrowing more than $100,000. Smart policy on student loans may be more effective if it is directed at borrowers who might seem to have a small amount of debt to a wealthy person but is a crushing burden for someone who is poor. According to College Board data, “Two-thirds of those who defaulted owed $10,000 or less.” Default rates are especially high among African Americans and students who attend for-profit institutions. 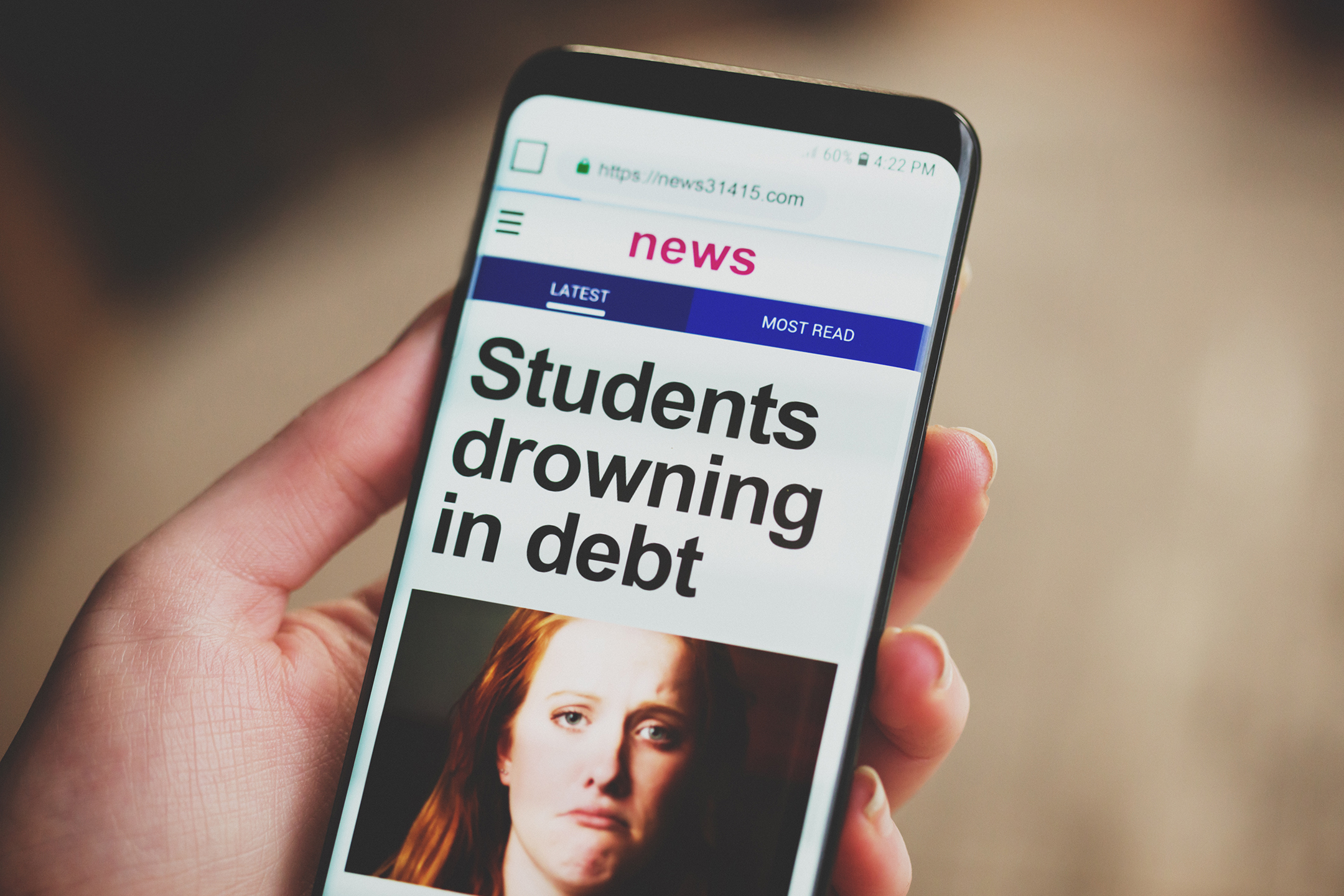 In order to solve the student debt problem, then, it might be more useful to focus on loan defaults and their causes. A paper recently published by the Philadelphia Federal Reserve claims that education loan defaults are largely due to the federal government relaxing accountability measures for higher ed institutions.

Looney and Yannelis compare the student debt crisis to the subprime mortgage crisis more than a decade ago. Legitimate concerns about access to home loans provided a cover for shady operators to give loans to people who should have never gotten them. (When the bottom finally dropped out, in 2008, we got the Great Recession.)

The important argument the paper makes is that the biggest driver in defaults isn’t large forces like recessions or college affordability. Instead, it’s the new, mostly for-profit schools that spring up when the federal government lowers the bar for entry and reduces the risks of lending without including quality and accountability checks.

When the federal government says it will cover the loans banks make, Looney and Yannelis write, new institutions spring up to grab that money. Many of them will be of low quality, and, in the case of two separate booms of for-profit colleges, they will enroll students poorly prepared academically and financially for higher education. When the inevitable defaults start happening in large numbers, the government starts restricting the easy flow of cash, and a bunch of for-profit schools die, leaving inadequately educated students stranded with crushing debt loads. It’s a cycle that causes real harm to individuals and the economy.

The reality of student loan debt—crisis or no crisis—isn’t easily boiled down to a single cause. But if the nation wants to have any hope of bringing it under control and ensuring it doesn’t worsen, a good place to start would be with defaults and the for-profit institutions where a disproportionate number of them originate.

Ensuring students aren’t saddled with paying for a substandard education that may or may not result in a degree that will help them get a job would be a victory for students, families, schools, and the nation.

The Push to Make FAFSA Completion a Requirement