Unlocking a Future by Studying the Past

George Mason University History Professor Peter N. Stearns, co-author of the book Why Study History?, makes the case for why students need the subject—and why the subject needs students

In the years since the Great Recession of 2008–2009, humanities departments across the country have struggled to convince career-minded students that a degree in English, philosophy, or political science will pay off. But no discipline has been a harder sell than history.

The number of students majoring in history was already low, and declining, before the recession. The share of students majoring in history peaked in the 1960s, and it has lost ground to other majors ever since. But enrollment in history departments has plummeted by nearly a third since 2008. “There has been much more concern about jobs,” Peter N. Stearns, longtime history professor at George Mason University, tells The Elective. “Happily, historians have some pretty good answers and pretty encouraging data.”

Stearns lays out those answers in Why Study History?, co-written with Marcus Collins, senior lecturer in cultural history at England's Loughborough University. The book, which was released in June, is a guide for how history majors can make their way in the world beyond college. “History majors get good jobs. The range of options is wide,” Stearns says. “Only a small minority become history teachers.”

Business, law, office administration, and even information technology are common career paths followed by those who study history. But those options aren’t obvious to high schoolers weighing their college choices or career-conscious undergrads making what they consider a safer bet on STEM disciplines. Although there’s strong evidence that engineers make more money straight out of school, Stearns points out that the pay gap narrows over time. The average early-career salary for history majors is roughly $45,000, according to the National Center for Education Statistics. That’s slightly below the $50,000 mean for graduates overall, but it’s higher than social work, education, or criminal justice. 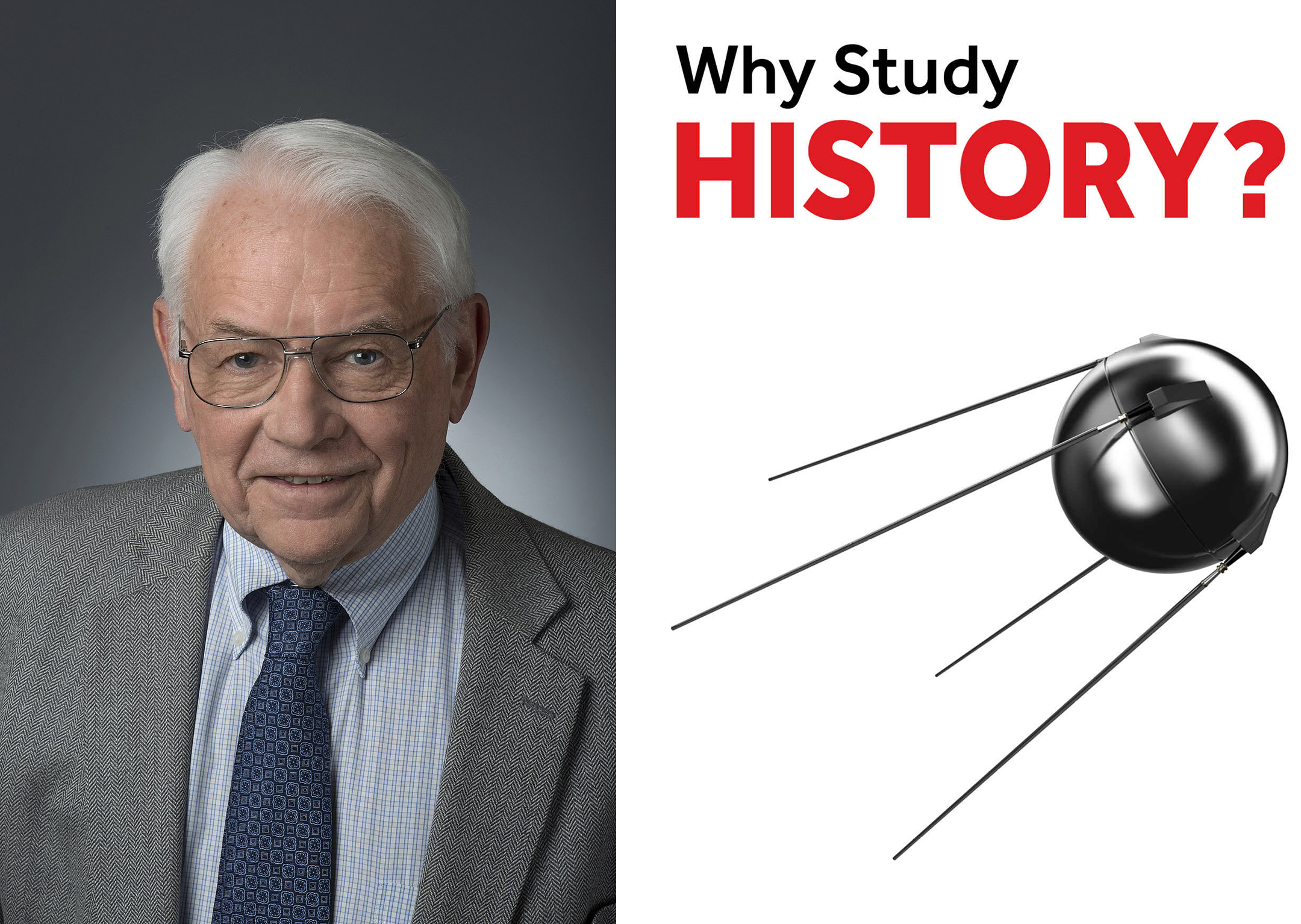 “History gives you experience finding data, organizing data into arguments, and evaluating data. The basic skill set is really quite impressive,” Stearns says. “The ability to assess data, deal with complexity, make strong arguments—these are skills that apply in all sorts of situations.”

Plus—and this is crucial—you get to study history.

Given the intense career anxiety that many college students feel, it makes sense that Why Study History? builds its case with job-focused arguments. Stearns says he hears all the time that enthusiastic high school students opt out of pursuing history in college, largely because they’re uncertain about the long-range prospects for majors. Stearns and Collins also highlight the broad benefits that come from knowing the past, understanding how archival research is done, and—what will become increasingly important to students who opted in—devoting time to a subject you love.

The book aims to change the perception many students have that history is just about memorizing important dates or the biographies of famous statesmen. Specialization within the field means students can focus on specific issues that interest them, like environmental history, health history, or the history of technology. Stearns’s own career has focused on world history, cultural change, and even the history of emotions. One of his courses at George Mason looks at the long tradition of public shaming and community standards in the United States. It’s an opportunity for students to get a broader context for the kinds of outrage and posturing they experience on social media. And that’s not all. It’s an example of how deeper familiarity with the past helps illuminate the tumultuous present.

“Historians have been massively expanding the kind of topics available for historical analysis over the past half-century,” Stearns and Collins write. “The field has become, once again, an engine for discovery and innovation, in terms of both the new kinds of data historians have uncovered and the types of human and social behavior that can be explored to yield a meaningful past.” 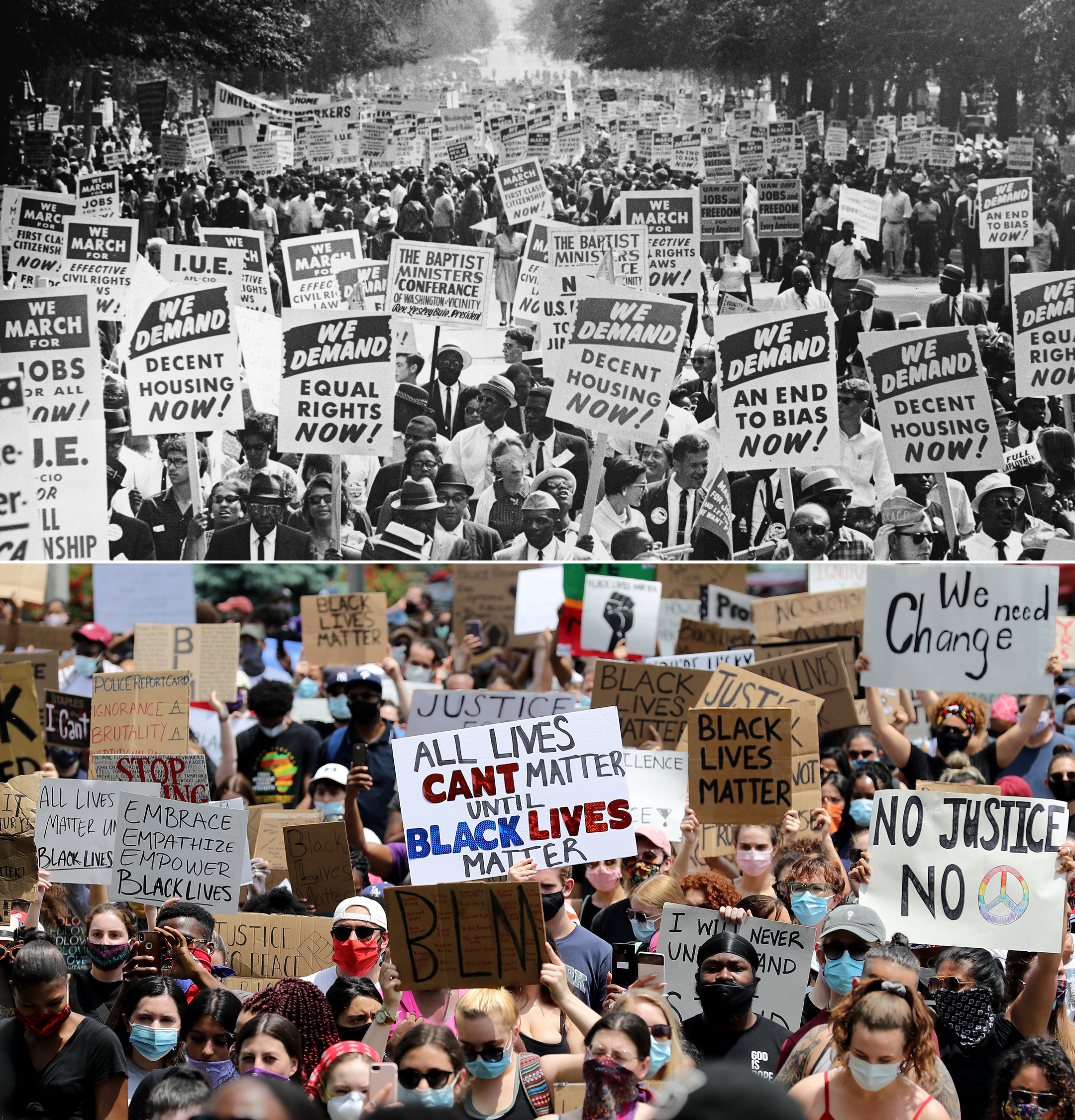 Demonstrators during the March on Washington on Aug. 28, 1963 (top), and community members in West Orange, NJ rally during a Black Lives Matter protest on June 6, 2020. Studying history can help make sense of the present by finding parallels in the past.

Stearns says that his “research interests really focus on social and cultural history. I love trying to understand the lives of normal people.” That’s what allows him to build and share his hope for a more meaningful present. Although he’s careful not to wade into politics, he suggests that a decline in social studies courses and college history majors might be contributing to the rancor of American public life. “History provides a set of skills and perspectives that contribute directly to citizenship, including the capacity to evaluate fake news,” he says. “People have been complaining about a lack of citizen knowledge for a long time, so it’s not a new issue. But less than half of all Americans can pass the citizenship test.”

High school teachers, Stearns believes, are our best chance to reverse the decline in history majors. If they can convince students that a love of history and a desire to be well employed aren’t mutually exclusive, the discipline might have a fighting chance.

“History majors may take a little longer to settle into their career, but job satisfaction is high,” Stearns says. "It’s not stupid. It’s not flying against the grain. It works out.”

Teaching the Vietnam Era: A Course in History and Literature