A high school graduation with 213 valedictorians. A student denied college admission because they're in the top 7% but not 6% of their high school. These are strange days for high school class rankings.

Parents and students don't like them. High school administrators and college admissions officers have mixed feelings. Many schools (particularly wealthy ones) have eliminated class rank from transcripts, but several states have adopted policies rewarding highly ranked students: Texas, California, Florida, and at least five others auto-admit highly ranked students into public universities. (Some of those states have implemented this policy to increase diversity in their universities and help decrease the advantage held by students from wealthy school districts or who go to private schools.)

Class rankings don't matter. Except when then do. That confusion makes the discussion around the value and utility of rankings difficult. And the challenge begins with understanding what we're actually talking about when we say "class rankings."

At their simplest, class rankings order students according to GPA. But, of course, ranking is often not that simple. Many high schools weight their classes so that, for example, a B in a "regular" U.S. History class is worth 3.0 points, but a B in an honors class might be worth 3.4 points and a B in an AP class might be a 4.0. This means that for students to compete on class rank, they almost certainly need not just to do well but take as many (if not more) AP classes as their peers.

The pursuit of weighted grades adds to students' work and, likely, stress levels. But it also means they may be forced out of taking courses that could be academically or financially valuable for them, such as a dual credit course taken at a community college. It could save students more money by providing college credits and AP might not, but it might be a bad choice for a student competing for a top class ranking if the high school does not weight it as much an AP class. Or perhaps a student just wants to take studio art or chorus. Taking either could be personally enriching but ding the student's class ranking. Such choices limit a student's education. 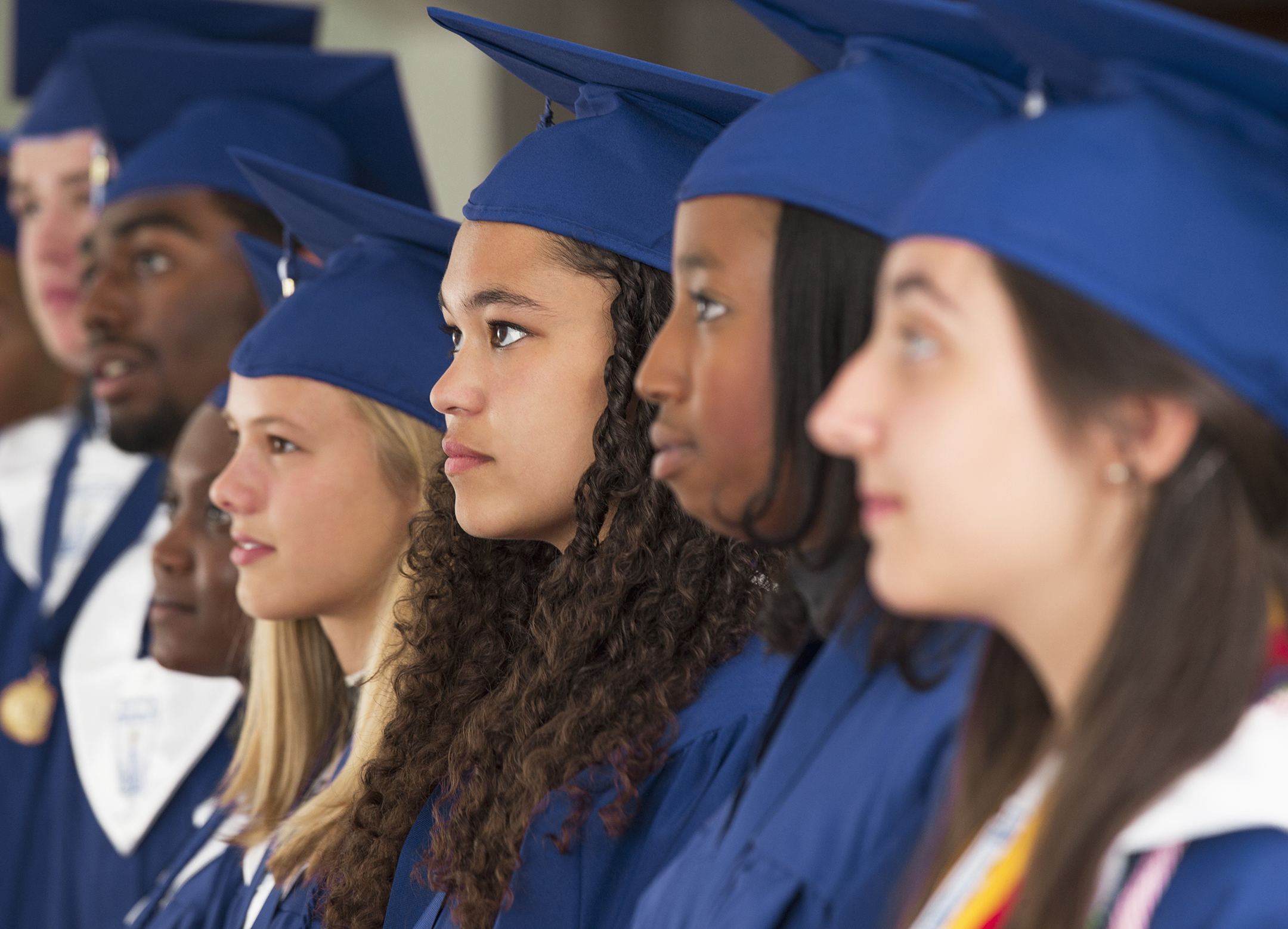 It's perfectly rational to rate people and institutions on their performance. But rankings encourage us to make irrational distinctions. Is the top-ranked college in one survey that much better than numbers 2 or 20? The same applies to students. Is the top-ranked student in a school that much stronger than the remaining top 10? Maybe, but rankings won't tell you that. At some schools, the level of academic preparation is so high that students in the bottom half of their class might be ranked number one at another school.

There is anecdotal evidence that suggests eliminating class rank from a student's transcript can increase their odds of getting accepted into a college. One high school principal in Wisconsin claimed that after that his district dropped class rankings, the number of students admitted to the University of Wisconsin-Madison more than doubled. A Pennsylvania school district finally dropped class rankings, the Associated Press reported, after a "University of Pennsylvania admissions officer told school officials that a highly qualified graduate had been rejected because she was ranked 15th out of 320 students."

If these stories are true at a broader level, then students at high schools that use class ranks might be at a disadvantage. But ditching class rank comes with its own drawbacks, the biggest being that it becomes harder to evaluate a student's academic performances within their context.

An admissions officer considering a student with a less-than-stellar GPA (relative to other applicants) will have a better sense of the student's accomplishments if she is among the highest ranked students in her school. As evidence mounts of grade inflation occurring at a faster rate in wealthier schools, especially private ones, the move away from ranking at those places makes it harder to interpret GPAs. That problem will likely worsen as some of America's wealthiest private schools move to abandon GPAs and traditional grades altogether.

While there are conflicting signals about the utility of class rankings, the trend has decidedly been away from them. A survey of 220 colleges found only 9.1% gave rank considerable importance. That's down from 23% in 2007. (In states where class rank automatically admits a student, it's still clearly an important metric.) 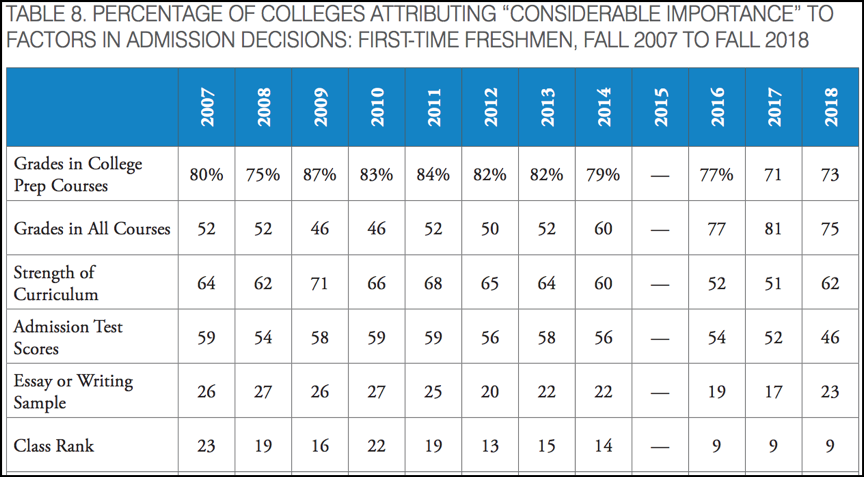 That data reflects the class rank feedback loop: As more high schools have abandoned rankings, colleges have placed less importance on them, which in turn encourages high schools to drop them. The College Board's Annual Survey of Colleges collects information from more than 3,000 higher education institutions each year and asks what percentage of enrolled freshmen submitted a class ranking as part of their application. The average share of students in public and private institutions who submitted class rank declined about 10 points between 2007 and 2017. Highly selective colleges (i.e., those that accept no more than 25% of applicants), saw a 14-point decline over the same period. Ivy Plus schools recorded a 22-point drop.

Further research is needed to determine why highly selective schools tend to enroll more students from schools that don’t rank their students and whether being unranked might play a role in their being admitted. (One possibility is that these schools enroll more students from wealthy public and private high schools, where it’s more common to forego ranking.) But these differences between highly selective schools and more accessible ones, as well as differences between state systems that require or reward highly ranked students, raise questions about fairness and equity when it comes to class rank and its future.

If the trends continue, the ranking gap between large state systems—like Florida, Texas, and California—and highly selective private schools will only widen and it will be important to monitor it. But the most important question to consider might be the one posed to colleges and high schools by Thomas Guskey, a professor of educational psychology and an opponent of class ranking: "Is my purpose to select talent, or is my purpose to develop talent?"

College Admissions Has Never Not Been Complicated