The Data Behind the Youth Vote

When Bernie Sanders suspended his presidential campaign on April 8, the Vermont senator briefly highlighted a key difference between himself and his now-former opponents. “We are winning the ideological battle,” Sanders said, “and … we are winning the support of so many young people and working people throughout the country.”

Young voters have always been key to Sanders’ two bids for the White House. And supporters of now-presumptive Democratic nominee, former Vice President Joe Biden, know they have to tap that excitement. “…the ideas [Sanders] has championed; the energy and enthusiasm he inspired, especially in young people, will be critical in moving America in a direction of progress and hope,” President Barack Obama said in his endorsement of Biden.

But in the 49 years since the ratification of the 26th Amendment, which gave Americans ages 18–20 the right to vote, that bloc has been a source of hope—and frustration—for politicians. The tens of millions of people in that cohort could tip an election, if only they turned out. Sanders himself nodded to this reality in his last debate with Biden on March 15.

“I have my doubts about how you win a general election against Trump, [who] will be a very, very tough opponent, unless you have energy, excitement, the largest voter turnout in history,” Sanders said. “And to do that you are going to have to bring young people who are not great voters. They don’t vote in the kinds of numbers they should into the political process.” 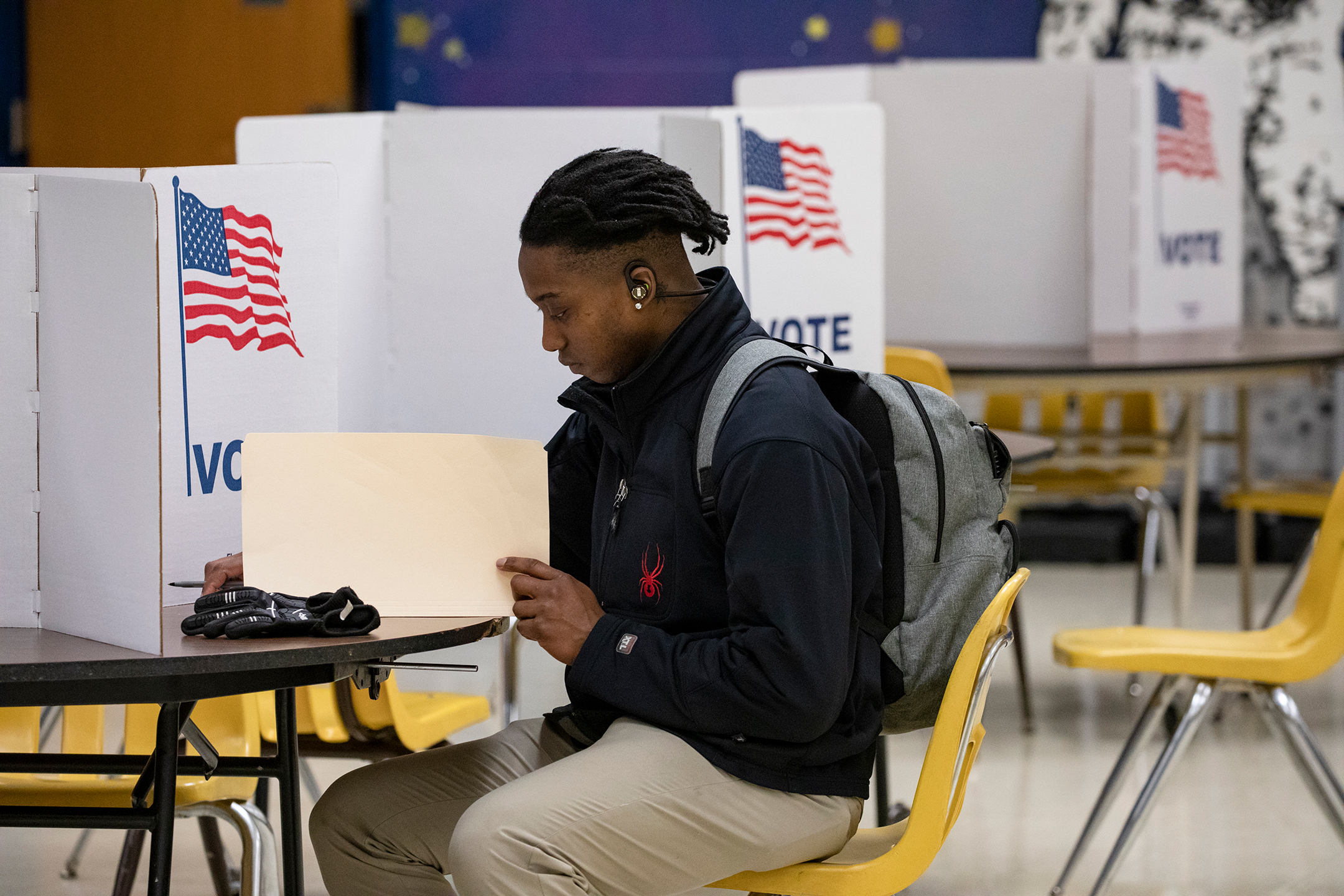 A voter fills in his ballots for the Democratic presidential primary election at a polling place in Armstrong Elementary School on Super Tuesday, March 3, 2020 in Herndon, Virginia.

How true is that sentiment? Are young voters difficult to bring to the polls? Some answers can be found in data from recent elections.

There was every indication youth turnout would continue to increase this year. But the coronavirus pandemic fundamentally upended the 2020 presidential election, with many states scheduled to hold primary votes in the spring delaying their election day or moving to mail-in balloting. Among those states that did hold primaries, though, Gen Z made up an important bloc of voters.

In the 13 March 3 Super Tuesday primaries, CIRCLE estimated youth turnout in 11 states for which it had data ranging from 5.5% in Tennessee to 19% in Minnesota and Massachusetts. Young voters represented no less than a 10% share of the votes in those states. Sanders, coincidentally, won the youth vote in all those states, and by wide margins. 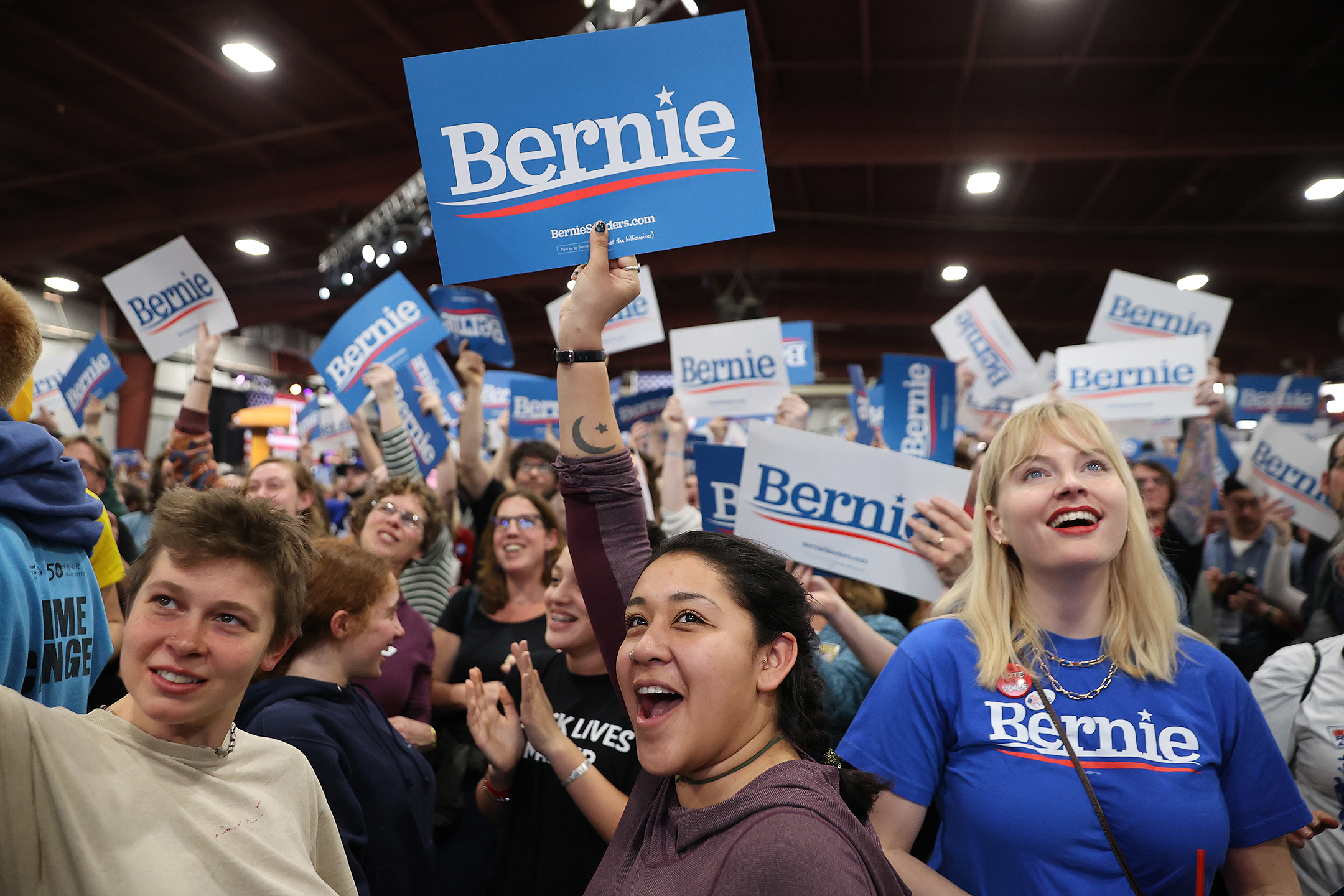 The next primaries—in Florida, Illinois, and Arizona—took place among escalating coronavirus precautions. This included universities closing across Florida, which impacted in-person youth turnout. One Florida student, Terriayna Spillman of Bethune-Cookman University, wrote an editorial in Teen Vogue describing how her “opportunity to vote has been stripped away from me.” Due to the measures taken by states to reduce potential coronavirus infections, reliable data gleaned from exit polling about turnout was difficult to obtain. Still, utilizing AP VoteCast data, CIRCLE estimated youth turnout to be 7% in Florida and 12% in Illinois, but it wouldn’t compare those numbers to previous elections due to differences in methodology.

Despite challenges in getting to the voting booth, young voters found other ways to get involved in those primaries. In Illinois, for example, poll site judges dropped out due to coronavirus fears. Teens, like 17-year-old Noah Kern, helped boost the ranks. He couldn’t vote, but Kern engages with politics through his North Side high school’s debate team. “They’re wonderful judges and learn very quickly,” Vickie Simmons, an election coordinator, told the Chicago Sun-Times.

An engaged teenager like Kern might not need encouragement to register to vote. But there is an increasing push to get more teens prepared to become active voters. Twenty-five states now allow high schools to run voter registration drives. Fifteen states, meanwhile, allow 16- and 17-year-olds to preregister to vote. Since 2016, California has signed up more than 500,000 of those teens—44.5% have registered as Democrats, 25.9% as unaffiliated, and 23.7% as Republicans. And in Colorado, a 2019 law allowed 17-year-olds to vote in its 2020 Super Tuesday primary if they turned 18 by November 3, 2020. More than 7,000 such voters cast ballots—a 30% turnout for a group of 24,000 teens that were empowered to vote under the new law.

Increasing turnout and engagement among young voters—coupled with policies meant to get them involved in the nation’s electoral system when they reach voting age—would seem to be an argument for why no one should discount this demographic bloc. But this group still faces challenges that make voting difficult. 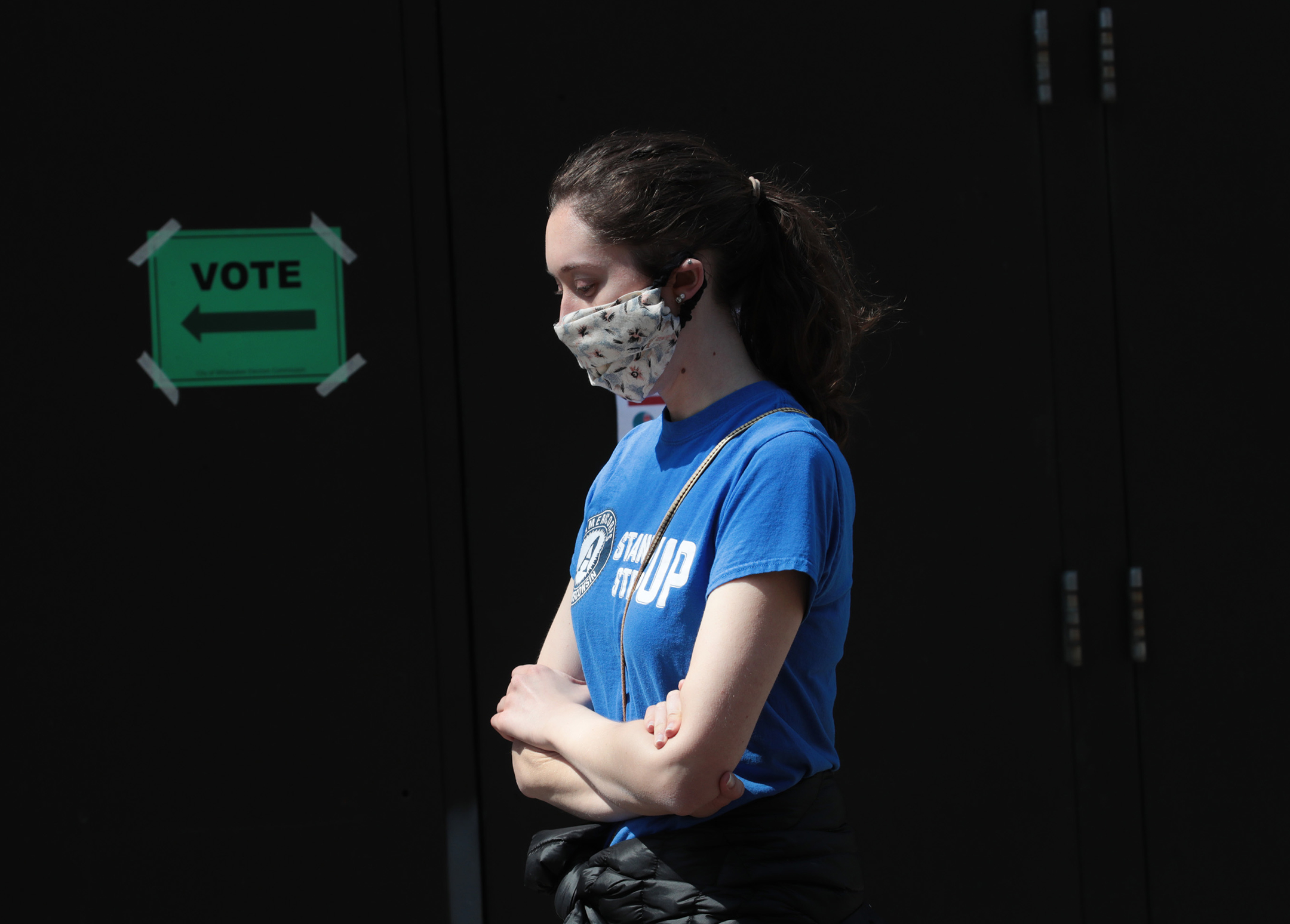 A resident waits in line to vote at a polling place at Riverside University High School on April 07, 2020 in Milwaukee, Wisconsin.

Why would a teen voter not cast a ballot in 2020? Beyond the new fear of the coronavirus, CIRCLE polled youth voters about barriers they face. Among the reasons, 52% cited a “need to rearrange their work or school schedule,” 39% said they “did not know where to vote,” and 26% said they “need help discerning truth vs. fake news.”

The pandemic exacerbates all of those issues, especially as states and the federal government decide how best to execute the November 3 general election. But one thing is certain: In 2020, when it comes to who will elect the next President of the United States, young voters have the potential to cast the decisive ballot.