A celebration of this year's graduating seniors, a group of students who have had to adapt to so much—and are uniquely ready for whatever comes next

Stefanie Sanford, College Board's Chief of Global Policy, serves on the board of America's Promise Alliance. America's Promise launched a Letters2Grads campaign to celebrate the class of 2020. This is Stefanie's message to this year’s graduates.

I’m a commencement enthusiast; a graduation groupie. So far, I've walked in four ceremonies of my own and given three speeches at other graduations. What I’ve learned is that caps and gowns get more elaborate the longer you stay in school, but the speeches don’t really change. At least not until this year, with what my college-aged nieces call "The 'Rona" class of 2020.

My first pomp-and-circumstance memory is from a big Texas high school, a place that produced two NFL MVPs. Then came a relatively small undergraduate Christian university that lost most of its games when I was there, but won the Rose Bowl in 2011, followed by a 350-year-old Ivy League college, and finally a Ph.D. ceremony at one of the biggest public universities in the country. It wasn’t during my year, unfortunately, but University of Texas at Austin’s most famous graduation speaker is probably Admiral William H. McRaven. He led the team that caught Osama bin Laden, then focused his commencement address on the importance of making your bed every day. Greatness begins at Zero-Dark-Thirty. I love that speech.

My best commencement speech was the one I gave last week during an online ceremony for my College Board colleagues and their families who missed out on their in-person ceremonies this year. The secret to the success of that talk was a one-minute time limit — a lesson I’ve already tossed aside in writing this letter.

I mention all this because I’ve seen a lot when it comes to graduation, but I've never seen anything like what you’ve been through these past few months.

You finished out the year with virtual classes. Your triumphant walk across the stage became a bittersweet Zoom across a screen. All the end-of-year partying, all the well-earned time to celebrate with friends, was reduced to online hangouts. And now your generation is helping lead a long-overdue push for racial justice in America. That's quite a lot to cap off a high school career, and I know this is not the senior year you—or anyone else—ever imagined. 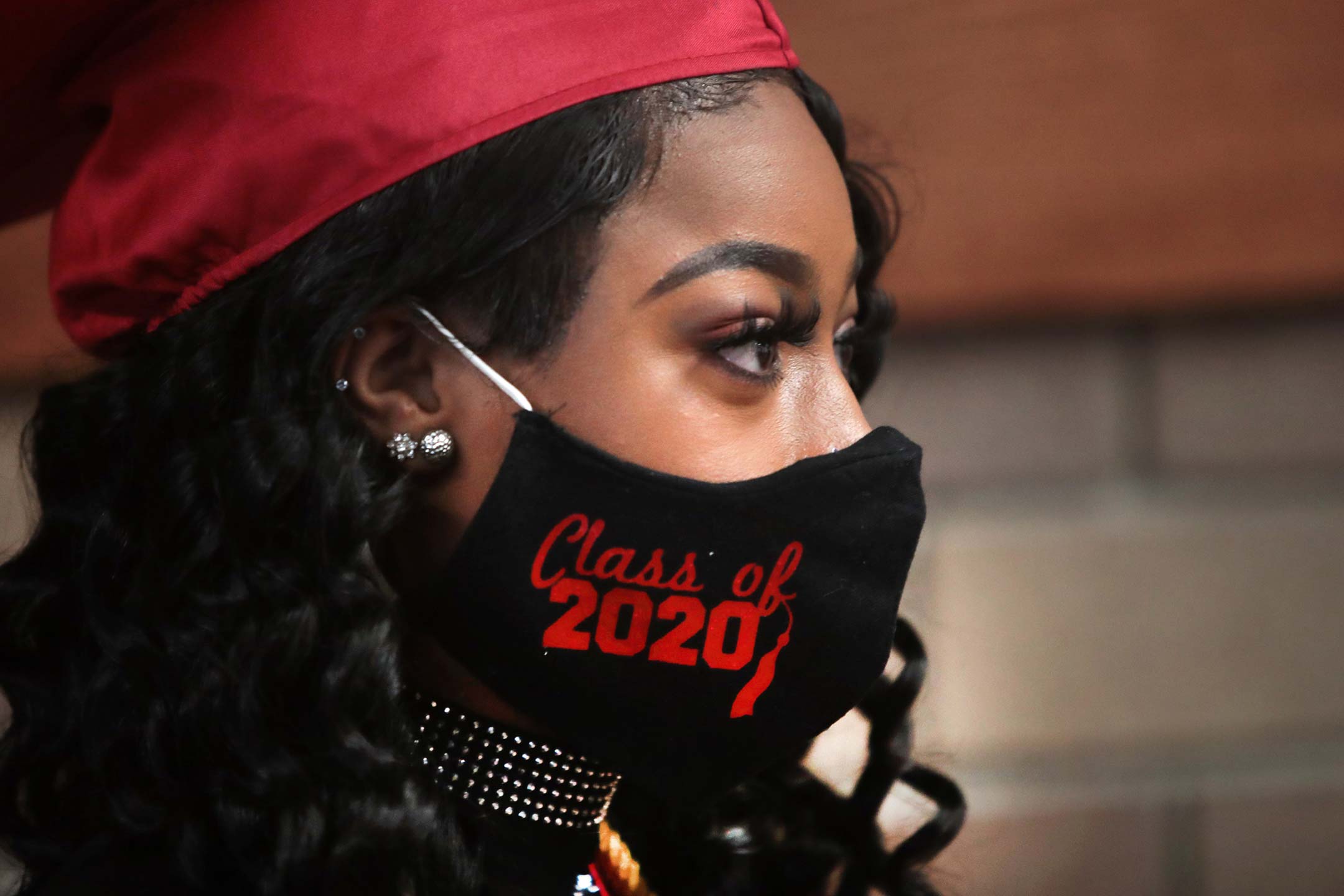 Makeya Butler waits to receive her diploma at a graduation ceremony at Bradley-Bourbonnais Community High School in Illinois, held in a nearly-empty auditorium with no friends, family or relatives allowed to attend.

But there is nothing virtual or simulated about your achievement. You made it through one of the strangest, toughest school years in the modern era. New York Times columnist Tom Friedman pointed out recently that people who thrive through the toughest times are most adaptive and resilient. No graduating class in my lifetime has ever had to adapt to so much, so fast. More than any graduating class in memory, you’re ready for whatever comes next.

When we held that online commencement for all the 2020 graduates in the College Board family, I went back to a text I first read on the day I became Dr. Sanford—a classic by the late, great Dr. Seuss.

Oh, the Places You’ll Go! is a staple of graduation speeches, from preschool to post-doc. The opening lines speak to the freedom, the promise, the heady momentum of finishing one chapter of life and speeding off to the next: “You’re off to great places! / You’re off and away!” 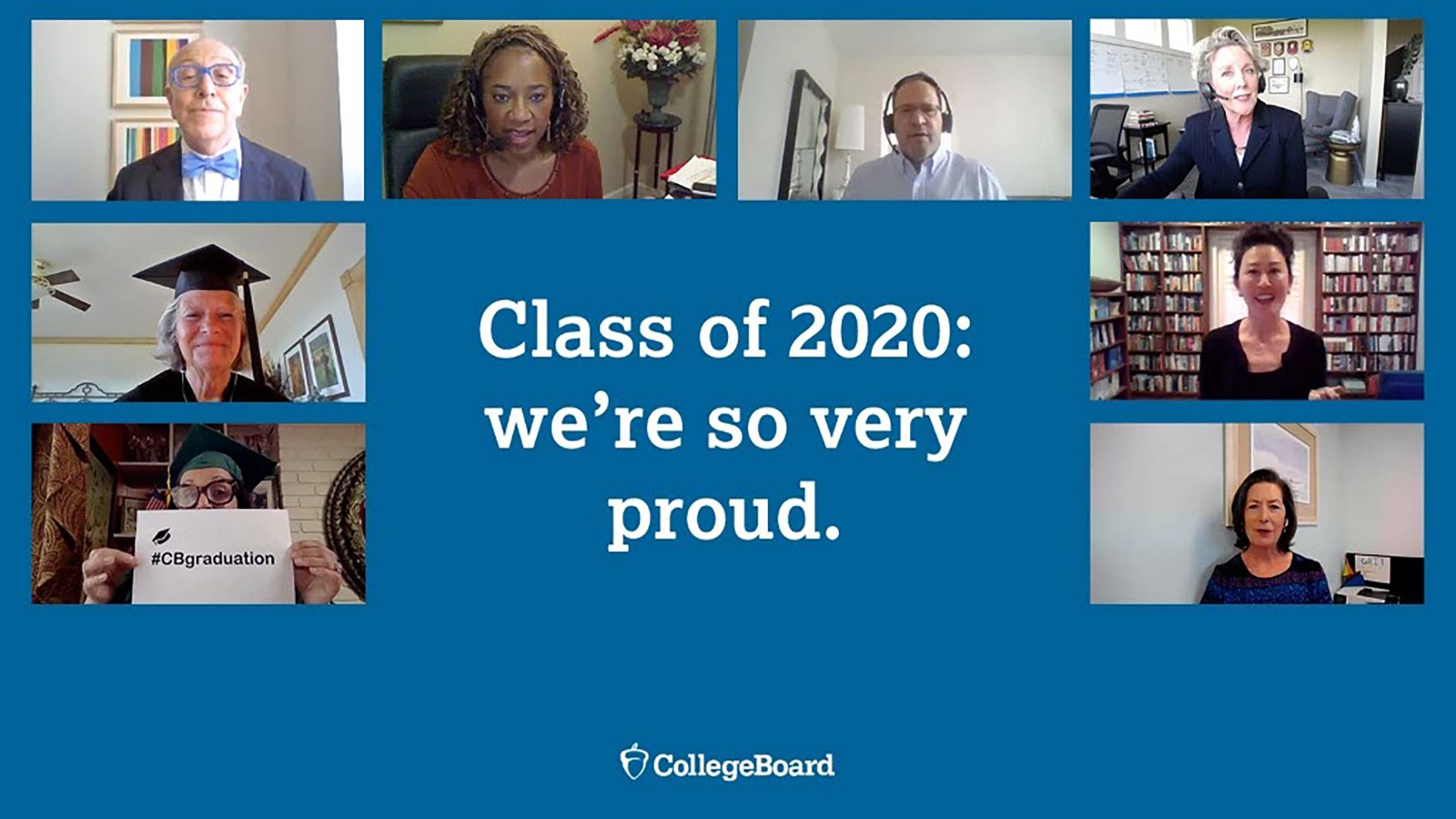 The College Board held a virtual ceremony for colleagues and their families who graduated this year. Stefanie Sanford, top right, was one of the people who delivered a one-minute commencement address.

Of course, no one is off to great places right now. We're quarantining, protesting, worrying, and waiting. Dr. Seuss knew something about that, too. There’s a less-remembered section in Oh, the Places You’ll Go! that’s about not going at all, about being stuck in The Waiting Place. “Waiting around for a Yes or No / or waiting for their hair to grow. / Everyone is just waiting.”

I know the feeling. I’m a grown woman with a doctorate, and right now I’m spending most of my days in a suite over Mom’s garage, wearing yoga pants and passing long hours in front of a screen. This is definitely The Waiting Place.

But it won’t be forever. When I graduated 30 years ago, in the middle of a deep recession, my Waiting Place was a series of what seemed like dead-end jobs—waiting tables, going door-to-door selling Cutco knives, and trying to convince companies to hire temporary help at a time when they were laying off permanent employees. I did not feel like I was off and away to great places. 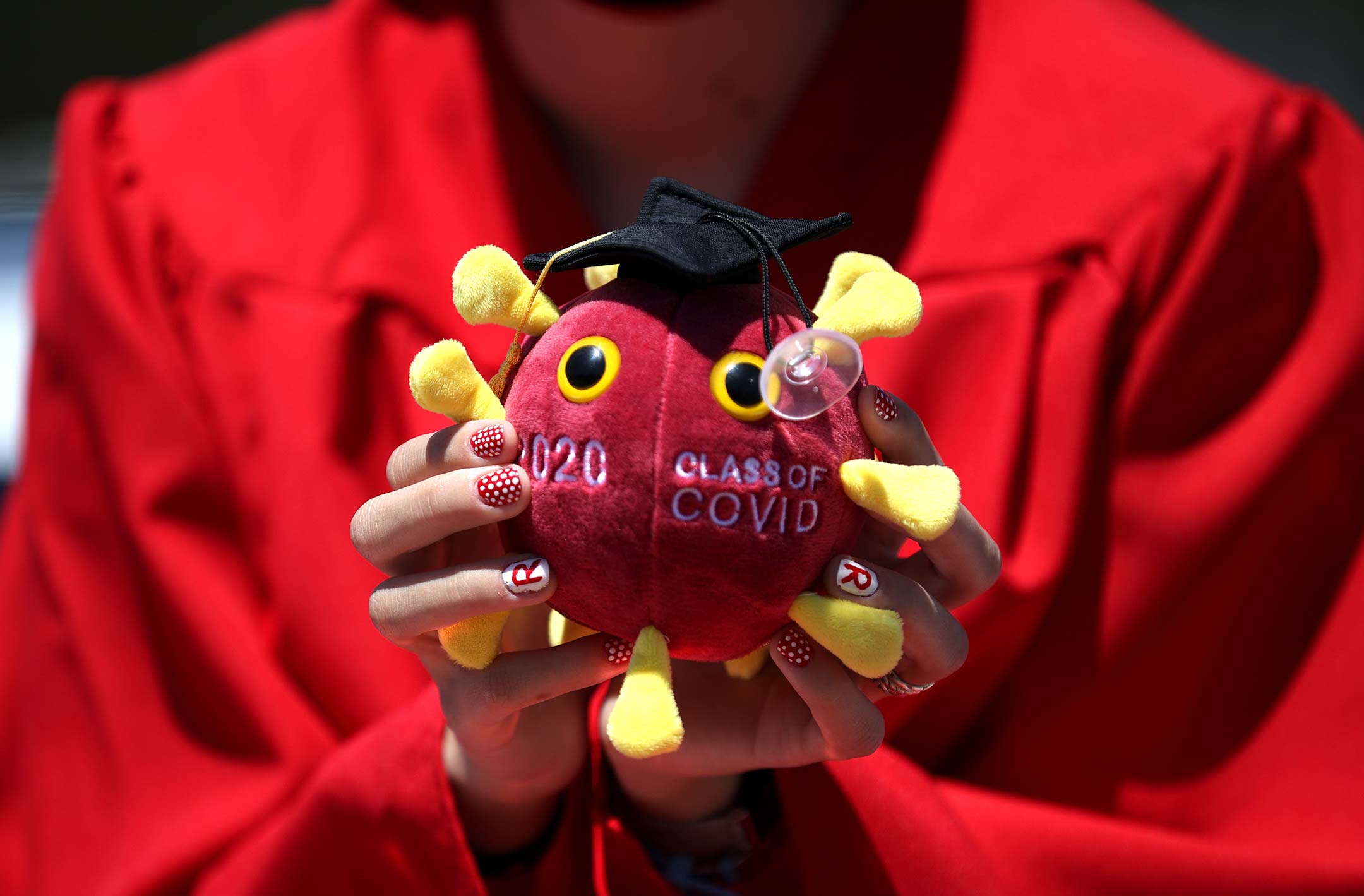 The trick is to keep moving; to remember the goals that got you through graduation in the first place. The great Lily Tomlin once observed, "I used to want to grow up and be somebody. I see now I should have been more specific."

So make specific goals, and be flexible about how you reach them. Keep those college dreams, even if this Fall looks different than you hoped. Keep those career dreams, even if the path is more winding than you imagined. Most of all, keep learning and thinking and bringing every ounce of creativity and hard work to a world that so desperately needs it.

You already know that you’re capable of extraordinary things under extraordinary circumstances. Hold onto that knowledge, and use it.

Because, as Dr. Seuss wrote, “Somehow you'll escape / all that waiting and staying.”

Helping Students Close a Chapter When So Much Has Been Lost