When people use the term “digital divide,” it’s often meant to indicate access to technology, like a computer connected to the internet. But there is more to the problem of access than just technology. There is also a question of how you use that access.

It’s one thing to have Wi-Fi and a Chromebook; it’s another thing entirely to have a parent who can help a child use those tools effectively to make up for the deficits created by remote learning. A recent paper by a trio of academics suggests that wealthy parents are much more likely to hunt down online educational resources for their children than other parents, and they begin looking early on in their child’s development.

During a normal school year, searches for school-centered resources vastly outnumber those for parent-centered ones. Searches for both spike at the start of the school year, then dwindle to nearly nothing by the summer.

In March and April 2020, however, searches for both kinds of resources almost doubled. School closures sent parents searching for supports and supplements to make sure their children’s education stayed on track. 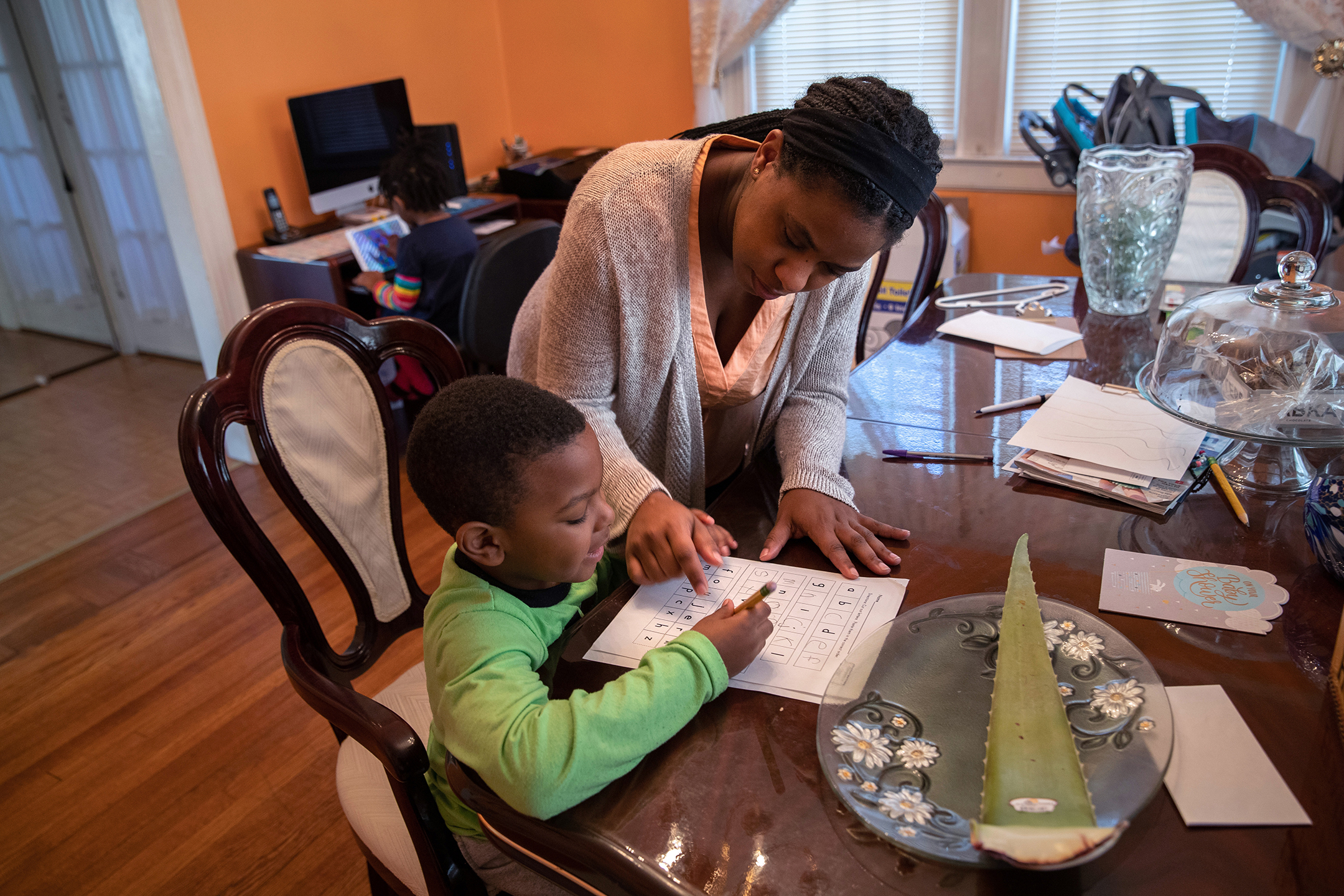 Goodman tells The Elective that he was inspired to dig into this data by his own family’s “scramble to plug the gaps left by the closure of [his] three kids' public schools. Some of it involved interacting with the resources the school set up for remote learning (Google Classroom), but we also hunted for activities independent of the school.”

The internet was there to provide for parents like Goodman—but not all parents. A disproportionate number of these searches came from zip codes with higher incomes, larger shares of parents with higher degrees, and broader online access. Researchers found that well-off families increased their searches for learning resources 30% more than poor families did. This search gap was not present before the school closures.

The researchers don’t speculate as to why the search gap exists. But one likely cause is that internet access and parents’ ability to stay home and deeply engage in their children’s remote schooling influenced the intensity of searches. 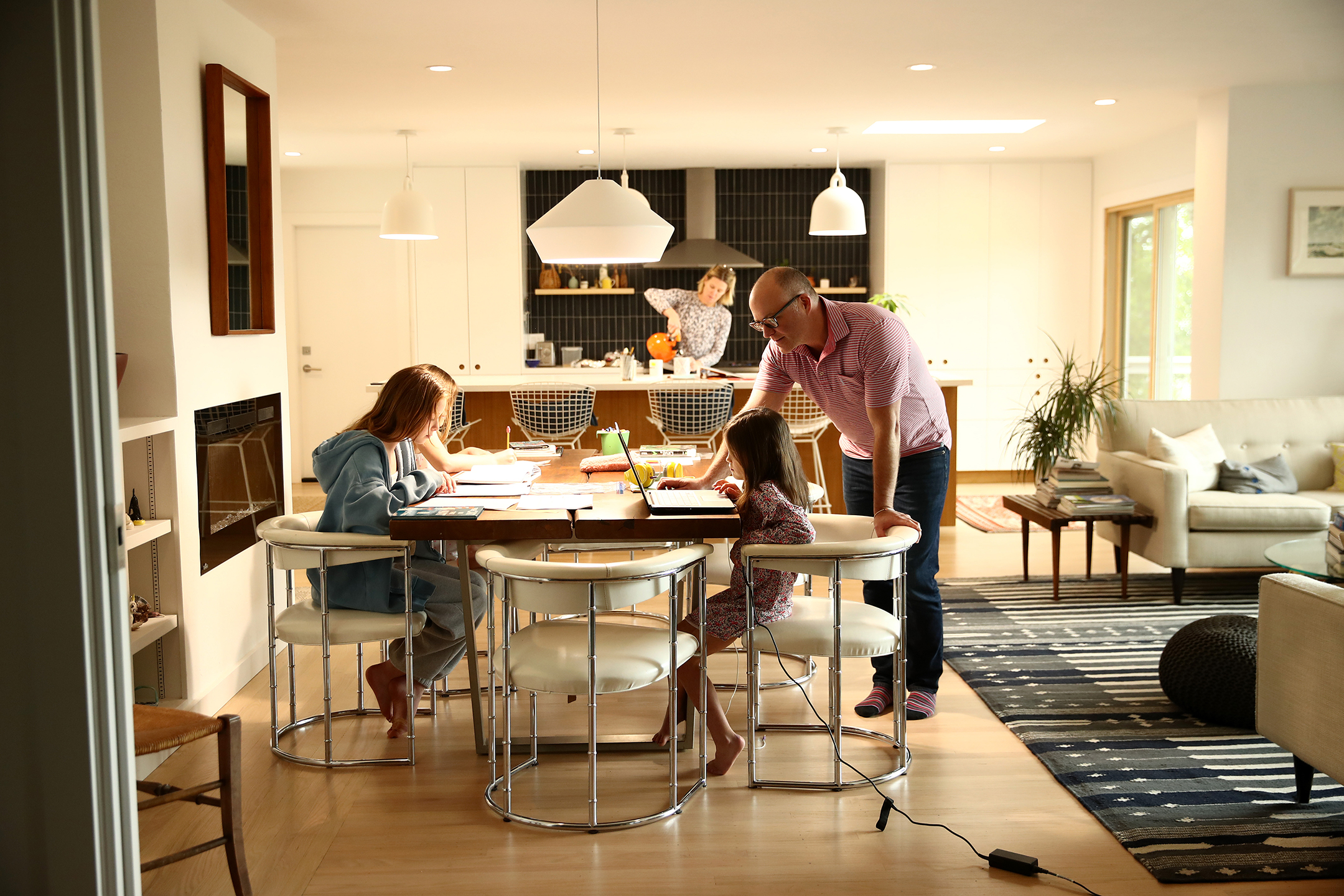 Matt Kramer helps his daughter, Meg, who is in kindergarten, with schoolwork at home on March 18, 2020 in San Anselmo, California. Sixth grader Frances Kramer and fourth grader Lucy Kramer are also sitting at the table doing schoolwork.

Richard Rusczyk, the CEO of Art of Problem Solving and Beast Academy, which provide an advanced curriculum for students in math and other subjects, noted another important, non-technological component of the digital divide. “Networks are very important” when it comes to parents’ ability to identify educational resources, Rusczyk told The Elective. Many educational companies thrive on word-of-mouth, so connections to other parents who can recommend resources like Beast Academy are themselves a form of capital, particularly during this pandemic, and that capital tends to be possessed by families with higher education degrees. The Art of Problem Solving provides support for the non-profit Bridge to Enter Advanced Mathematics (BEAM) in order to expand access to highly motivated math students from underrepresented communities.

Mulhern, Bacher-Hicks, and Goodman suggest that policymakers need to both expand access to the internet and monitor how parents—and which parents—are using it to expand educational opportunities for all students.

But as Rusczyk pointed out, there’s not just a digital divide in American education and society. There is a social divide, and it also needs to be closed.