As Esports Booms, So Do Scholarship Opportunities

For our story about the growing popularity of esports at high schools and on college campuses, The Elective spoke with Bubba Gaeddert, executive director of the Varsity Esports Foundation, and Michael Brooks, executive director of the National Association of Collegiate Esports. They had a lot to say about scholarship opportunities for student gamers and how a recent NCAA® decision on the use and monetization of student-athlete names, images, and likenesses could impact the college esports experience. Here’s more of their insight and perspective.

On the Varsity Esports Foundation

Gaeddert: We’ve got major functions of education, awareness, advocacy, and support. The support side is really about supporting high school students with a pipeline for them to go from high school, through college, and then beyond that. And that can be into any field, career, or potential esport profession. One side of what we do is providing scholarships for students. We also provide league-fee support for schools, if they’re Title I or free/reduced[-price] lunch schools. We also offer grant opportunities to provide equipment—mouse, keyboard, computers, all that stuff—for students to form esports teams at their schools. We do granting and scholarships on the financial side, and on the other side is the advocacy, awareness, and education around the literacy of the industry. It’s helping people inside and outside the industry understand esports as a whole and as a positive impact for students and parents. We have something called Gaming Concepts, which is a 150-page curriculum designed by a teacher in Kansas, and I think there are about 10 schools around the country that use it as an elective class right now. About 900 schools have requested it and are working on implementing that curriculum. What’s great about that curriculum is, the data show that GPA has gone up on average by 1.4 points, and class attendance has gone up 10%.

Gaeddert: Two hundred schools or so have programs. All the numbers are great. But honestly, the biggest thing with esports, just like football or any other sport or any other scholarship opportunity in college: all of this is a ticket and not the destination. I love that. Esports can be a ticket just as much as any other traditional sport for a student to come out of wherever they are from and be able to have a college education. I’m a millennial. I have plenty of student debt, and it’s not getting easier for us right now, for people my age and students even younger. It’s good for them to get into college, but when they’re 37, like me, and you’re making $500 in loan payments, that’s not fun. So, if we can meet these students where they are, to give them that ticket to an opportunity for that pipeline to go beyond, that’s really the benefit. The scholarships we’re giving, or the scholarships that the schools are giving, are huge. These schools could be giving $2,000 to $3,000 a year, but their return on investment is pretty good because they’re probably bringing in $10,000 on that student. A lot of them are giving away full rides. It’s another opportunity to find a co-ed sport, a Title IX opportunity, where they can have male and female athletes, they can build their athletic department, find sponsors and boosters at the college level, and get more students in and taking classes. 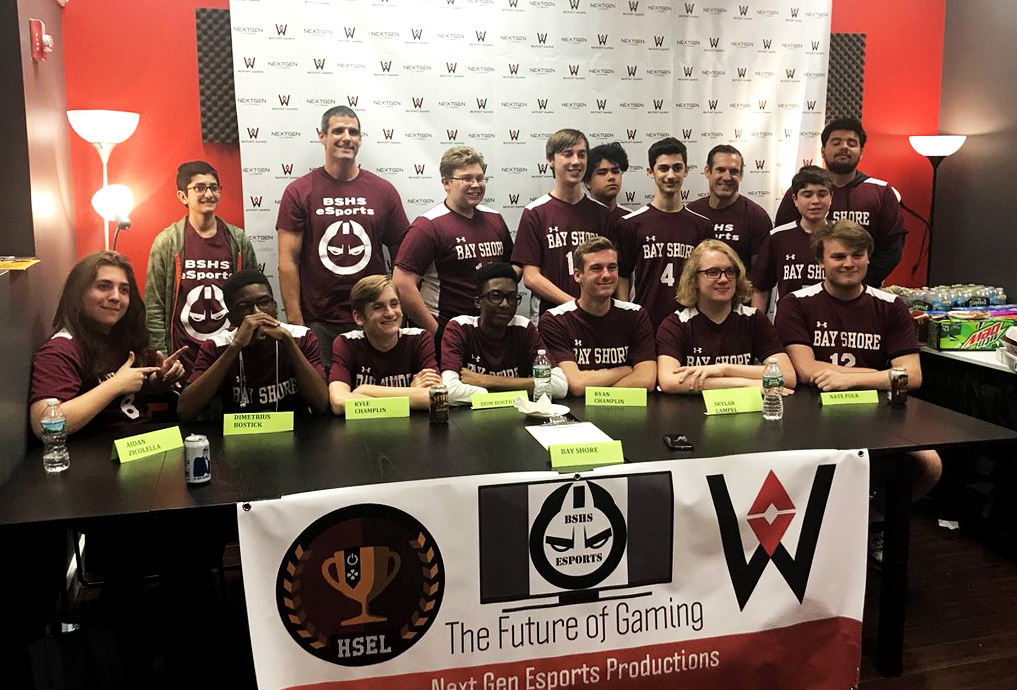 Brooks: We don’t track individual student scholarships, but we do track aggregates. So, for example, the 2018-19 school year in total, our schools offered a little under $16 million in esports scholarships to their students—and that was just through that year, with about half the number of member institutions we have now. The majority of our institutions do offer scholarships. There are a handful of Division III schools that have decided to maintain the Division III philosophy of not awarding financial aid based upon athletic skill or ability. But that is by far the minority. Most schools are offering esports-specific scholarships, and that’s been pretty incredible to see. Even full-ride scholarships in esports is now a thing at quite a few institutions. Not the majority, but a significant minority.

For our schools that offer full-ride scholarships, it’s based upon two main criteria. The first being, do you have the academic strength to be successful in this institution? Very few schools are going to be interested in offering scholarships to students that they don’t think will succeed academically at their institution. Just to be frank, that means that student probably isn’t going to be there more than a year, and that’s not a smart investment. That’s really what a scholarship is: an investment by the school in that student.

For students, though, it’s the same story that we hear in traditional athletics: these could be academically sound and highly skilled students, but financially they didn’t have the opportunities that we would hope for, really, [for] all students. Esports is now another way for you to get access to a high-level college [or] university degree. That’s incredibly exciting to see. It’s a little bit early to really know what story is going to come out of that, in terms of esports forging the way for someone to do some really incredible things for the rest of their lives as they choose their next adventure outside of gaming. But the floor has been set for that, and that’s exciting. Again, anything we can do to create more opportunities to lower the cost to attend and graduate from a college or university, that’s the real success story. Gaming, particularly the work that NACE has done with our member schools, has done a lot to make those opportunities real.

On the impact NCAA rules changes for using student-athlete names, images, and likenesses could have on esports

Brooks: I’m incredibly interested to see how that shakes out for us looking at esports in comparison to traditional athletics. I think the NCAA made the right decision in basically not engaging with esports right now. Things might change in the future. But if I was an employee of the NCAA in charge of directing the best interest of that association for its member institutions, I would look at esports and be scratching my head as to why would the NCAA be interested in housing esports under their association. It’s complicated. It’s messy. It’s new and there isn’t a clear way to monetize it. So, for the NCAA, because of the nature of esports, if this is going to create more threats upon their core business without bringing in any additional resources or a feasible plan to accomplish that, then why risk it? Why add more headaches when there really isn’t a benefit to be seen?

Is esports worth the NCAA putting football and basketball in jeopardy? The answer is clearly “no” right now. In the future, it could change. Certainly, me working at NACE, I hope it does change. I think esports is going to grow. I think it is growing right now at a very substantial rate. But there are still critical questions that haven’t been answered as to how this will shake out in the long term for college[s and] universities in the States. And that doesn’t even account for the new group at the table: the companies that actually own the games, and what they want to see happen with their games. There have been very few publishers, with one exception, who’ve been interested in having the NCAA engaged at all in esports. But without that approval and permission, you literally can’t touch the game. So it kind of creates a core issue there. 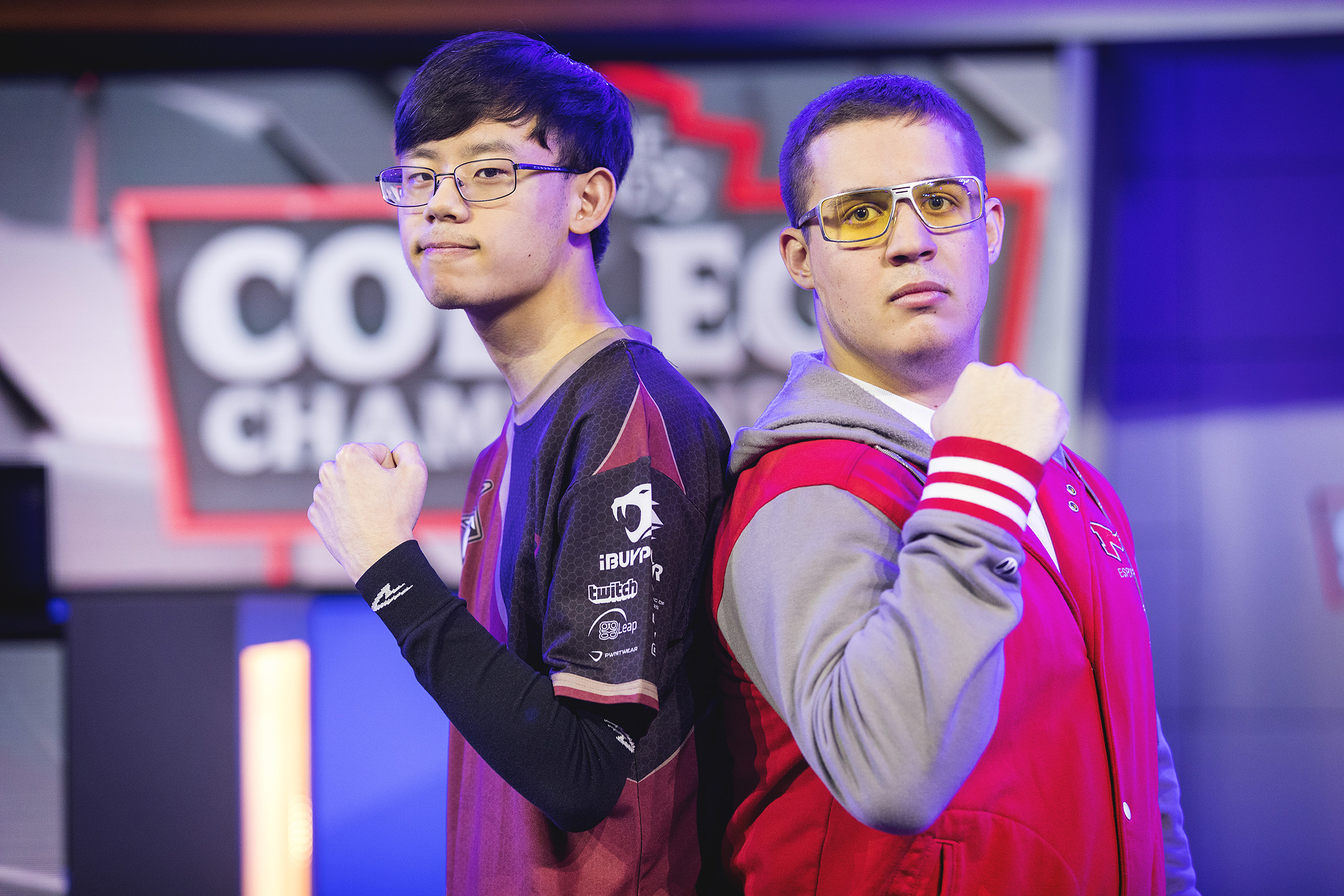 On scholastic esports developments over the next decade

Gaeddert: Over the next year, the NCAA is looking into how student-athletes can use their likeness to get funding for themselves from these universities, sell their jerseys, and license it for their video games. This conversation is getting heavier. Just thinking about NCAA regulation... When I was in the athletics department at Oklahoma State University, we worked with a lot of students that couldn’t have full-time jobs. There was no way they could. When I was doing ministry with students through Fellowship of Christian Athletes, we took students to go and rake leaves for 2 hours, get paid $10 an hour, both of us. We both had to get paid equally, otherwise compliance would question it. But when I look at it now, and with this conversation happening with the NCAA, what’s great is that now maybe these student-athletes can be influencers on social media, get sponsored that way, make some income.

If I think about that for a high school student, what opportunities does that provide? Well, if you are a streamer in high school and you’re earning dollars by getting subscriptions or people donating to your stream, where does that leave you a couple of years later if esports becomes an actual collegiate sport under the NCAA? Where does it go in terms of regulations for high schools if the National Federation of State High School Associations does more than just partner with certain leagues and recognize it as an actual sport

Esports growth is happening really, really fast. So, hopefully by January 2021, the NCAA is going to have a final conversation about what esports is, and that’s going to trickle down to high school. It’s funny—esports is very much created backwards. It started at the professional level with these huge arenas full of 100,000 fans watching 10 people on a platform. Now it’s gone back to college, and then gone back to high school, and now [it’s] getting into middle schools. It’s working its way backwards. But that flow will reverse. Here in the Midwest lacrosse isn’t a huge sport, but it’s big on the coasts. It’s really taken some time to work itself into the Midwest, where now middle school recreational programs are offering it and high schools have varsity programs, which didn’t exist before because there was no feeder program. Now it’s all feeding from that lower level up. That’s where I think esports is going.

These interviews have been edited and condensed for length and clarity.