Tom Brady, LeBron James, Serena Williams—these sports superstars are household names. Richard Tyler Blevins? Not so much. Unless there’s an esports fan in the house.

Blevins is one of the most popular professional video gamers in the world. Under the avatar Ninja, the 28-year-old has built a massive following, boasting 14 million subscribers on Twitch, which allows gamers to livestream their play, and an additional 22.7 million subscribers on YouTube. He began by playing Halo 3 professionally in 2009, moved to streaming in 2011, and, in 2018, was the first esports pro featured on the cover of ESPN the Magazine. On Twitch, he earned $500,000 a month—that’s right, a month—from 160,000 subscribers who paid to watch him play Fortnite. But last August, Ninja announced he was leaving Twitch for Mixer, a rival streaming service, in a deal worth $20–$30 million. All that’s on top of his sponsorship deals with Adidas and Red Bull.

Ninja is a microcosm of esports’ meteoric growth. According to WePC, esports’ worldwide revenue in 2012 was $130 million. In 2019, it grew to an estimated $1.2 billion. Pro gamers are covered by CNBC and CNN, while their matches are broadcast by ESPN. And like other sports, esports has become a pathway to college, with more than 100 schools offering varsity esports programs. 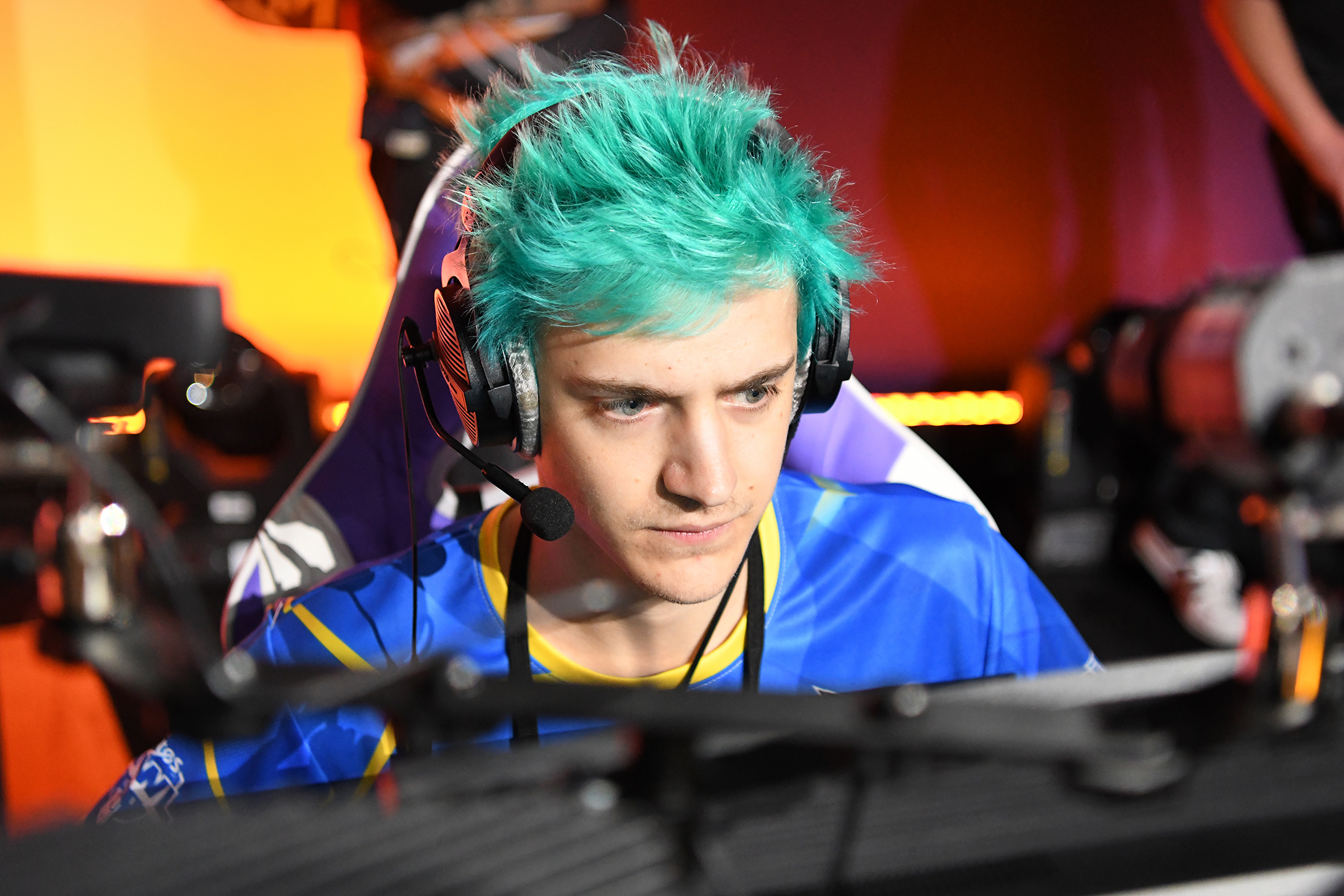 Anyone raised on Super Mario Bros. or Sonic the Hedgehog might be surprised there’s real coin to be made chasing after digital riches. But kids around the world have opportunistically eyed video games’ transformation from a simple hobby to a (potentially) lucrative career. And just as football, basketball, and baseball players are scouted and recruited in high school, gamers are getting the attention of higher-ed esports programs at Miami University of Ohio, University of California Irvine, and other schools.

One way for students to get noticed: classroom participation in organized competition, like High School Esports League (HSEL) events. Founded in 2012, HSEL is the first and largest esports organization aimed at high schoolers and boasts the participation of 2,000 schools and 50,000 students. (The league’s most popular games are currently Rainbow Six: Siege, followed by Overwatch.) 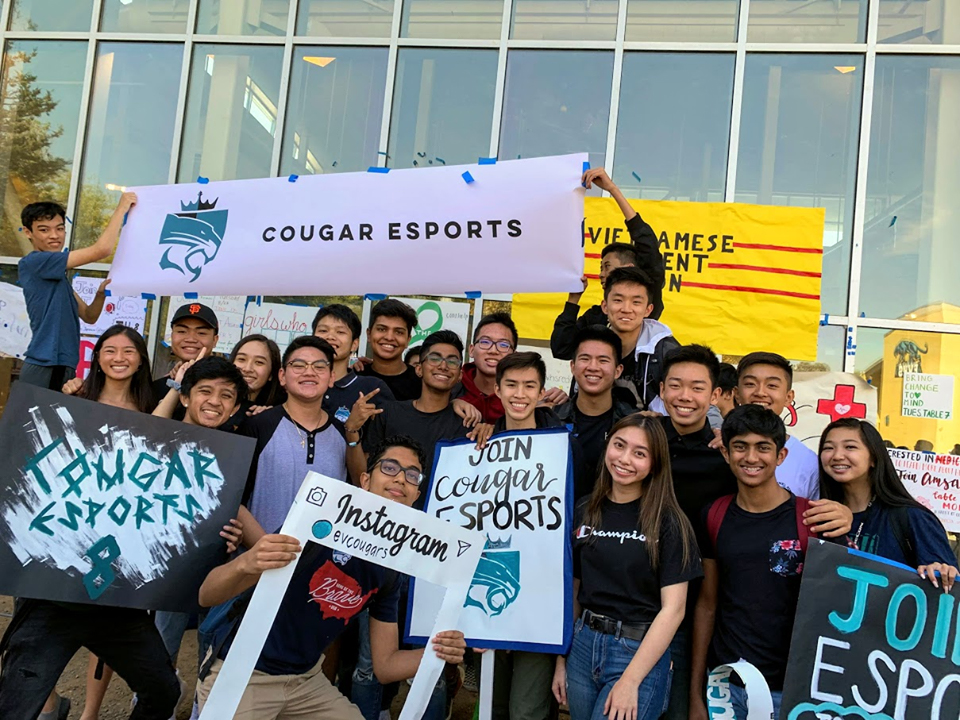 To help level the playing field, HSEL partnered last fall with the year-old Varsity Esports Foundation (VEF) to award $200,000 in grants and scholarships, with a goal of $300,000 for 2020. Bubba Gaedart, Executive Director of VEF, tells The Elective that such investments have long-term implications for young recipients—and they’re not all necessarily esports-related.

“It’s really about supporting high school students with a pipeline for them to go from high school, through college, and then beyond that,” he says. “That can be in any field, or any profession, or any potential esport career.”

VEF also advocates esports’ benefits for students by offering solutions for interested educators. Gaming Concepts is a free, 150-page teacher-created curriculum, released in 2018, that helps bring gaming and esports into the classroom. “About 900 schools have requested it,” Gaedart says. “What’s great about that curriculum is, the data show that GPA has gone up on average by 1.4 points, and class attendance has gone up 10%.”

All this talk of video games, sports, and tech might conjure an image of a male-only opportunity. Not so. Mullenioux estimates between 10% and 15% of HSEL participants are girls. (The Entertainment Software Association reports that 46% of all gamers are female.) And at the pro level, organizations like Counter Logic Gaming and Dignitas include all-female teams—Dignitas even contributes a poster of its female team to a pack of materials HSEL sends to schools. “The hope is that they hang it up in their classroom, the girls see it and say, ‘Hey, this is a place that you can come and participate too,’” Mullenioux says. 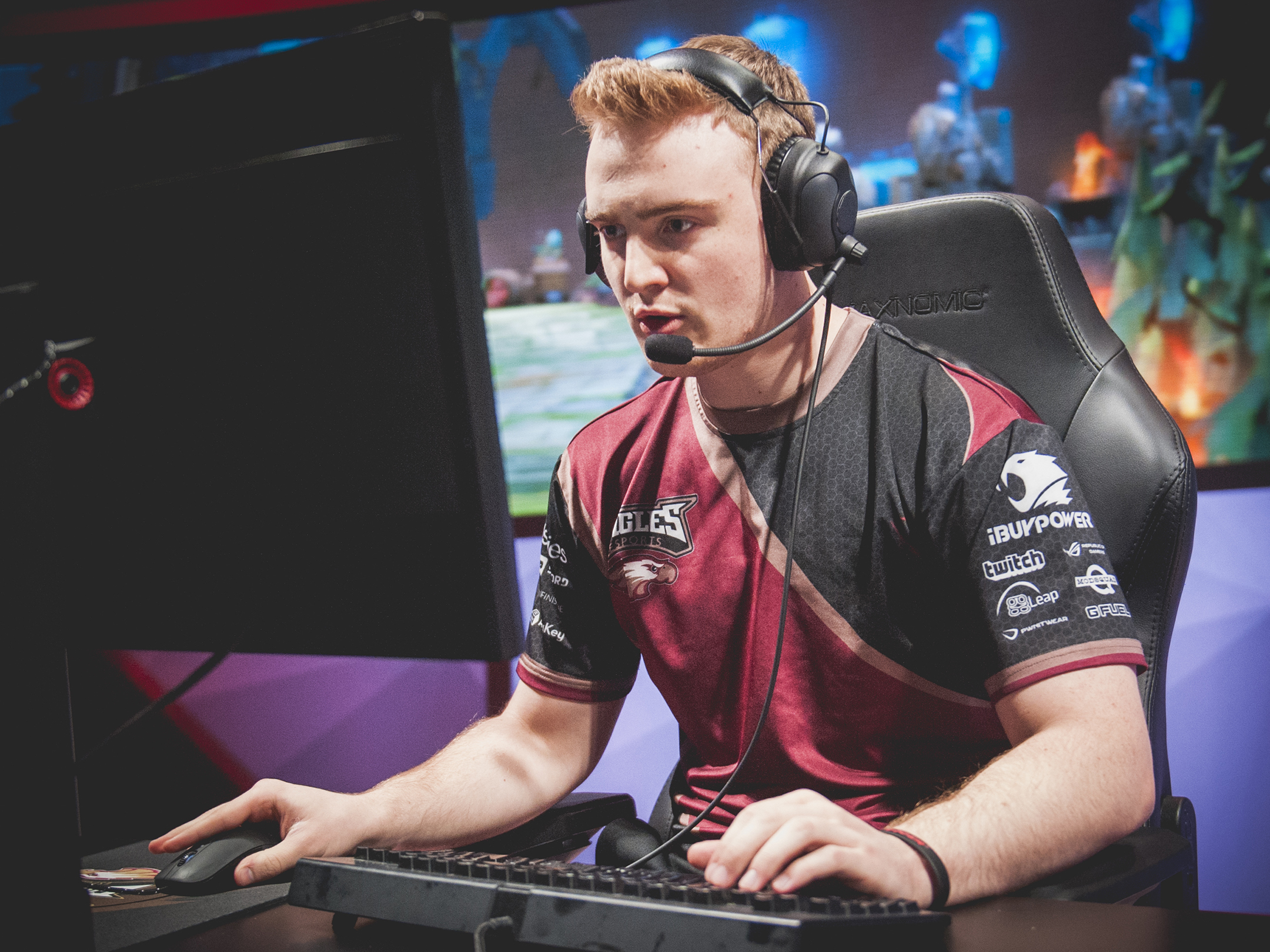 A member of the Robert Morris University esports team competes in a match against Maryville University.

Still, esports has a way to go to reach gender parity—and some high schools are taking active measures. One is Hathaway Brown, a private all-girls school near Cleveland, Ohio, which launched a varsity esports program in July 2019. Its 10-girl team is coached by former U.S. Department of Education liaison J Collins and competes against 10 teams from local schools and libraries.

Collins knew, on arriving at the school, that colleges had a hard time getting women to participate in esports. One of the major barriers girls face is game selection—and for good reason. League of Legends, an online action-strategy game and the world’s most popular esports competition, features no women in its upper ranks. When Collins began the esports program, it focused on games the students preferred, like Super Smash Bros. and Just Dance. Hardly any went for League. The game-selection strategy worked. “This helped me stick with it,” student and avid gamer Claire Hofstra told the Associated Press. “I definitely felt the pressure—just because I’m a girl, people don’t really take you seriously.”

Ultimately, the goal of these high school teams and efforts is to create new education and career opportunities for students. And higher-education institutions are responding: Ohio State University and Becker College offer esports majors, while UNLV and Syracuse University offer courses. And more and more colleges are fielding competitive esports teams, recruiting talented high school gamers to their campuses.

The National Association of Collegiate Esports (NACE) is the governing body for a number of these teams. Founded in July 2016 with 6 schools, NACE now has 188 member schools representing more than 6,500 students. “We’re growing at an exponential rate,” NACE Executive Director Michael Brooks tells The Elective. “We’re more than doubling our membership size every single year. I don’t expect that’s going to slow down in the near-term future.”

The majority of NACE’s schools offer scholarships, with total dollars already in the eight figures. “It totaled a little under $16 million in the last academic school year,” Brooks says. “That was just through that year, with about half the number of institutions we have now.” He adds that a “significant minority” of colleges with esports scholarships offer full rides. And when it comes to that level of investment, Brooks notes that a student’s strength in the classroom becomes a key factor. “Very few schools are going to be interested in offering scholarships to students that they don’t think will succeed academically.” 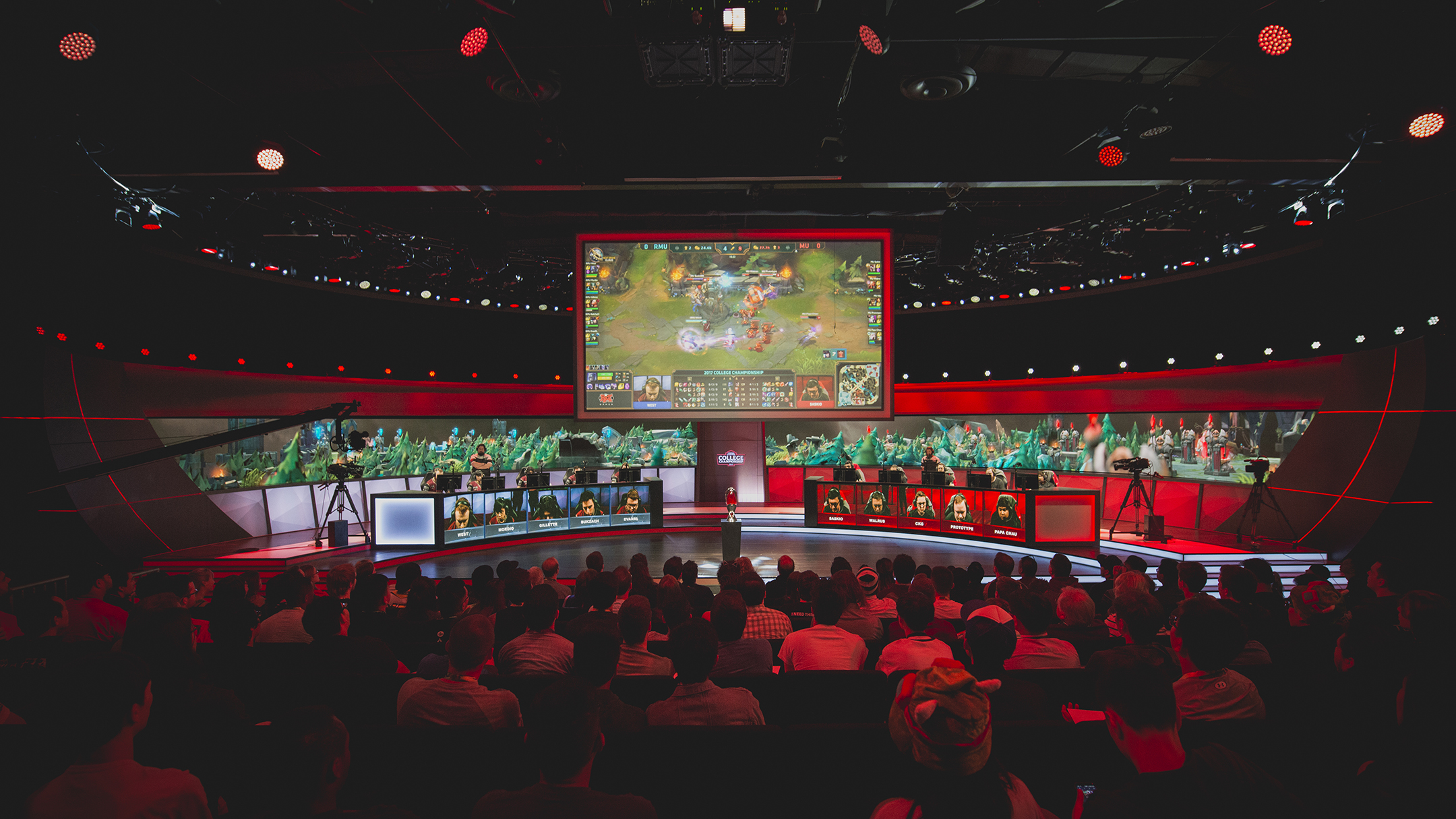 Teams from Robert Morris University and Maryville University compete in an esports match.

That academic requirement is especially important because not all esports roads lead to a playing career. Unlike conventional college athletics, which rely on traditional sporting goods and playing surfaces, esports teams need software so they can play, practice, and compete. And that can pose tricky copyright and usage issues. “We’re talking about games that are produced, distributed, and sold by publishers who own the rights to how their games are utilized and how they’re displayed,” Brooks says.

It’s an issue for high schools and colleges alike, but it opens up new opportunities. For instance, esports recruits without game access can use their skills, talents, and interests in the growing game design field—and earn scholarships for their work and creativity.

One such opportunity is offered by New York University’s Game Center. Founded in 2008, it’s “dedicated to the exploration of games as a cultural form and game design as creative practice” and serves as the Tisch School of the Arts’ Department of Game Design. Game Center students pursue both 4-year BFA (50 students per year, 200 total) and 2-year MFA (30 students per year, 60 total) degrees. (Sixty-five percent of BFA students and 60% of MFA students are male.)

Crossover interest between esports and video game design plays out in the classroom too, says Dylan McKenzie, NYU Game Center Incubator director and program coordinator who also teaches Intro to Game Studies and Games 101. “I think we’ve been a little bit ahead of the curve in terms of signaling to people that NYU is a place where you could come explore what happens next,” McKenzie tells The Elective. “I hope that our belief that games come in many shapes and sizes, and that you can have people that are making the next esports and the next walking simulators in the same class, will pay dividends.” 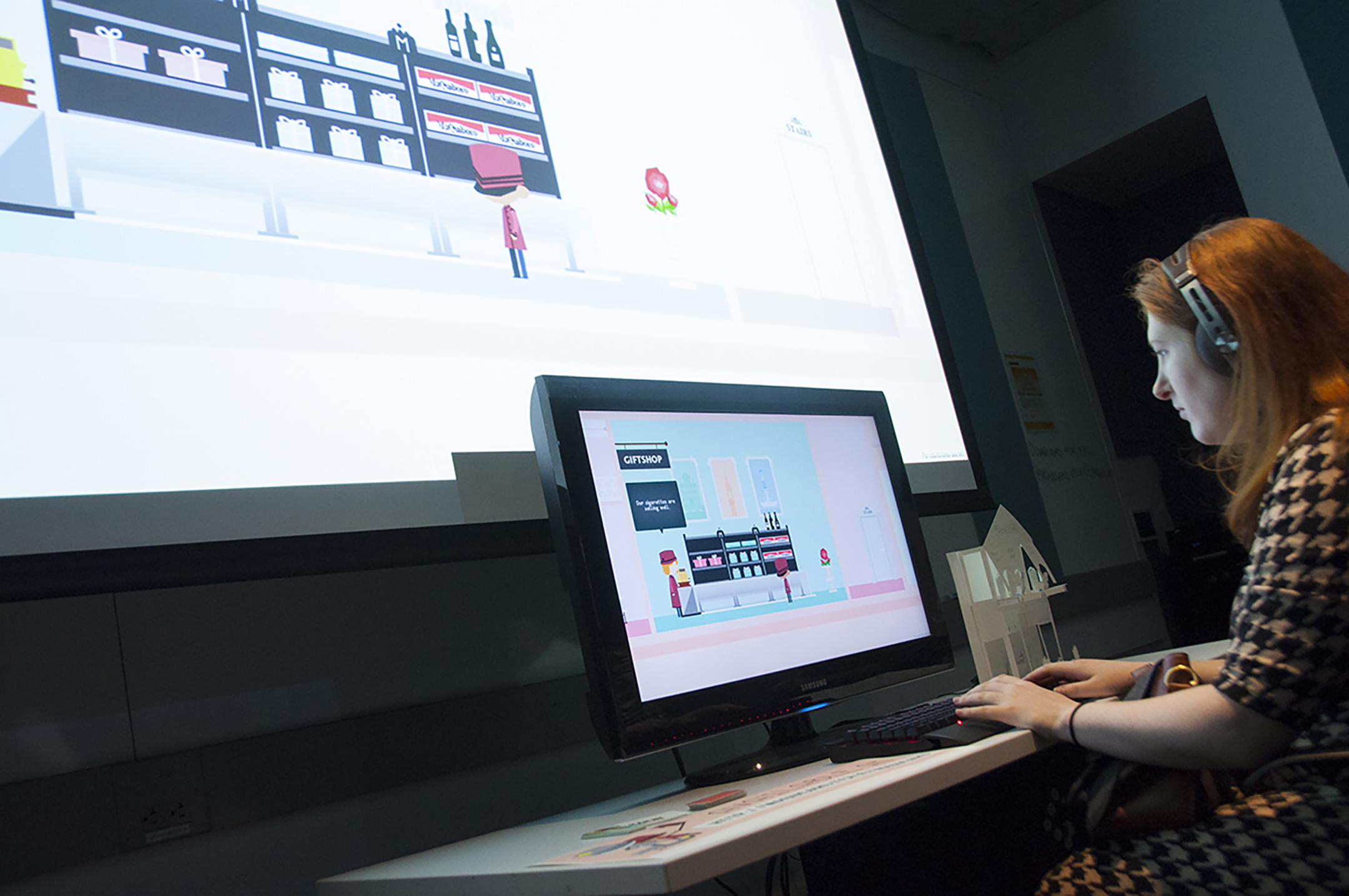 A student works on programming at game at the NYU Game Center Incubator.

NYU offers four named scholarships for game design, including the Barlovento Scholarship for Women in Games and the Festival Scholarship. The EVO Scholarship is partially funded by a gift from esports fighting game champion Daigo Umehara. And the new Take-Two Scholarship is a partnership with local game development company Take-Two Interactive that aims to keep recipients within New York’s game design market after graduation. Annual salaries at local companies T2 and Avalanche can be more than $100,000.

The earning potential of a professional player or game designer makes esports an attractive athletic path to both an education and career. (Avoiding the physical scars of a collegiate football career doesn’t hurt.) And by all accounts, esports participation, both in schools and professionally, will continue to grow.

But even if a student’s participation doesn’t translate into a life in gaming, the rewards of esports extend beyond celebrity and riches.

“We talk about building effective communication skills, team leadership, servant leadership, and character building in our citizens, our future employees, our future employers,” Brooks says. “Athletics, by their nature, help encourage the development of those skill sets. And esports develop almost the exact same skill sets. Even though the competition is digital rather than in-person, you get all those positive benefits.”