The First Veep of Color, the Supreme Taylor Swift, and Gatsby Beats On: What Made Us Smarter This Week 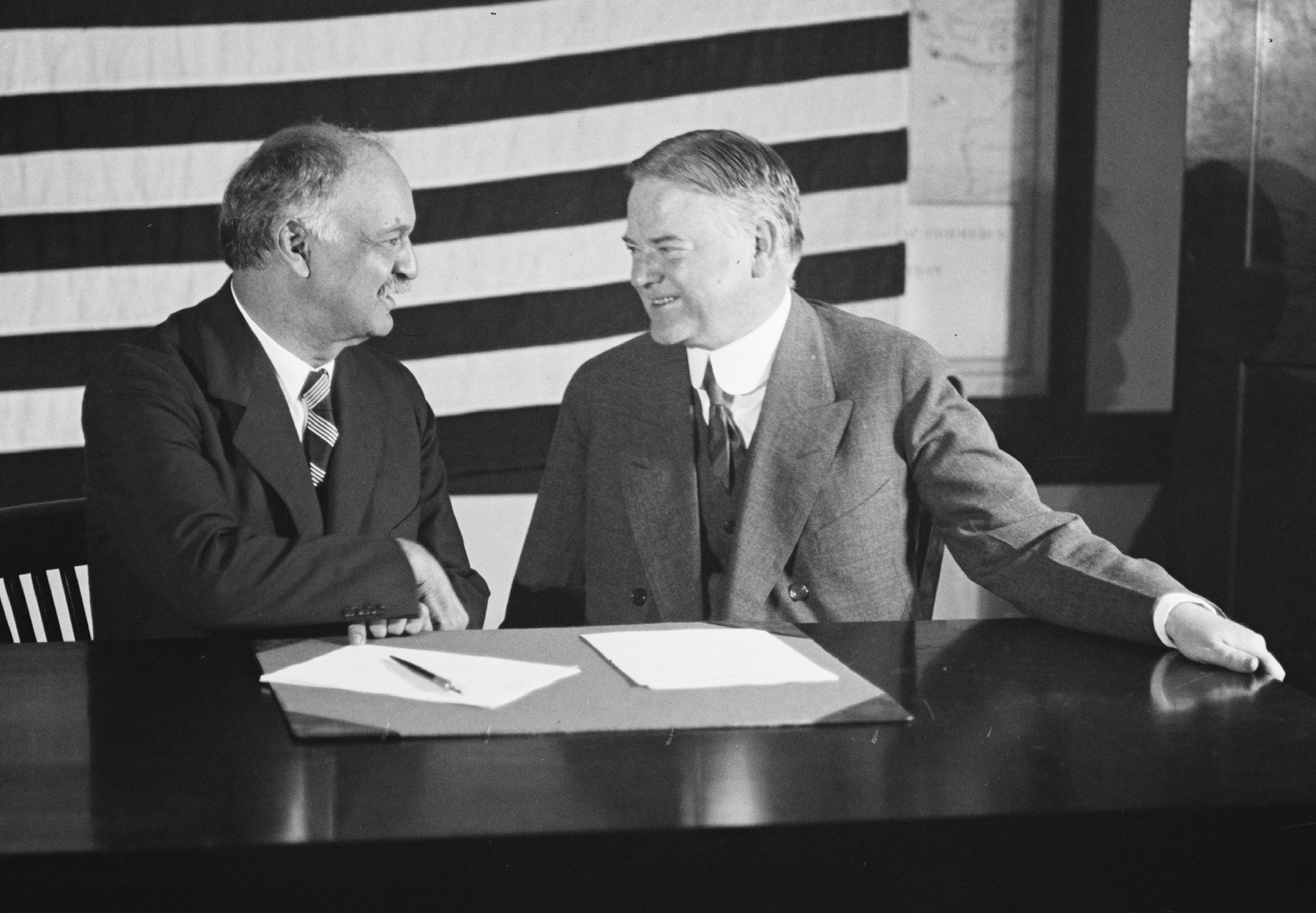 Charles Curtis (left) sits with Herbert Hoover in 1928. The look chummy in this posed shot, likely taken during that year's presidential campaign, but Hoover and Curtis had a frosty relationship.

A Veep to Remember

When Kamala Harris is sworn in on January 21 as the 49th Vice President of the United States, she will become the first woman, first African American, and first person of South Asian heritage to hold the office. But thanks to Livia Gershon and Smithsonian Magazine, I learned this week that she won’t be the first person of color to be VP. That title belongs to Charles Curtis, Herbert Hoover’s veep from 1929-33—and a member of the Kaw Nation. Curtis was born in 1860 in Topeka, Kansas. His father was white and mother was one-quarter Kaw. In 1863, after Mom died and Dad went to fight in the Civil War (for the U.S.), young Charles shuttled between grandparents. For eight years, he lived on the Kaw Reservation and spoke French and Kansa before English. In 1873, the Kaw were forcibly removed from their land and sent to what would become Oklahoma. At his maternal grandparents’ urging, Charles went with his father’s family, continued his education, and became a lawyer. A staunch Republican, he represented Kansas in Congress from 1892 until becoming VP in 1929. (His prior role: Senate majority leader.)

Curtis’ career is complex. As vice president he embraced his heritage, enlisting an Indigenous jazz group to play the inauguration and decorating his office with tribal artifacts. But in Congress, he supported the Dawes Act, which carved up tribal lands to sell to the public, and supported the repressive, abusive, and culturally genocidal boarding schools that “[killed] the Indian and [saved] the man” in Native children stolen from their families. Reading about Curtis left me dumbfounded and incredulous. A man who claimed membership in a Native tribe was Vice President of the United States—and he never appeared in any of my American History classes why? I can’t wait to learn more about him, and his tangled legacy. —Dante A. Ciampaglia 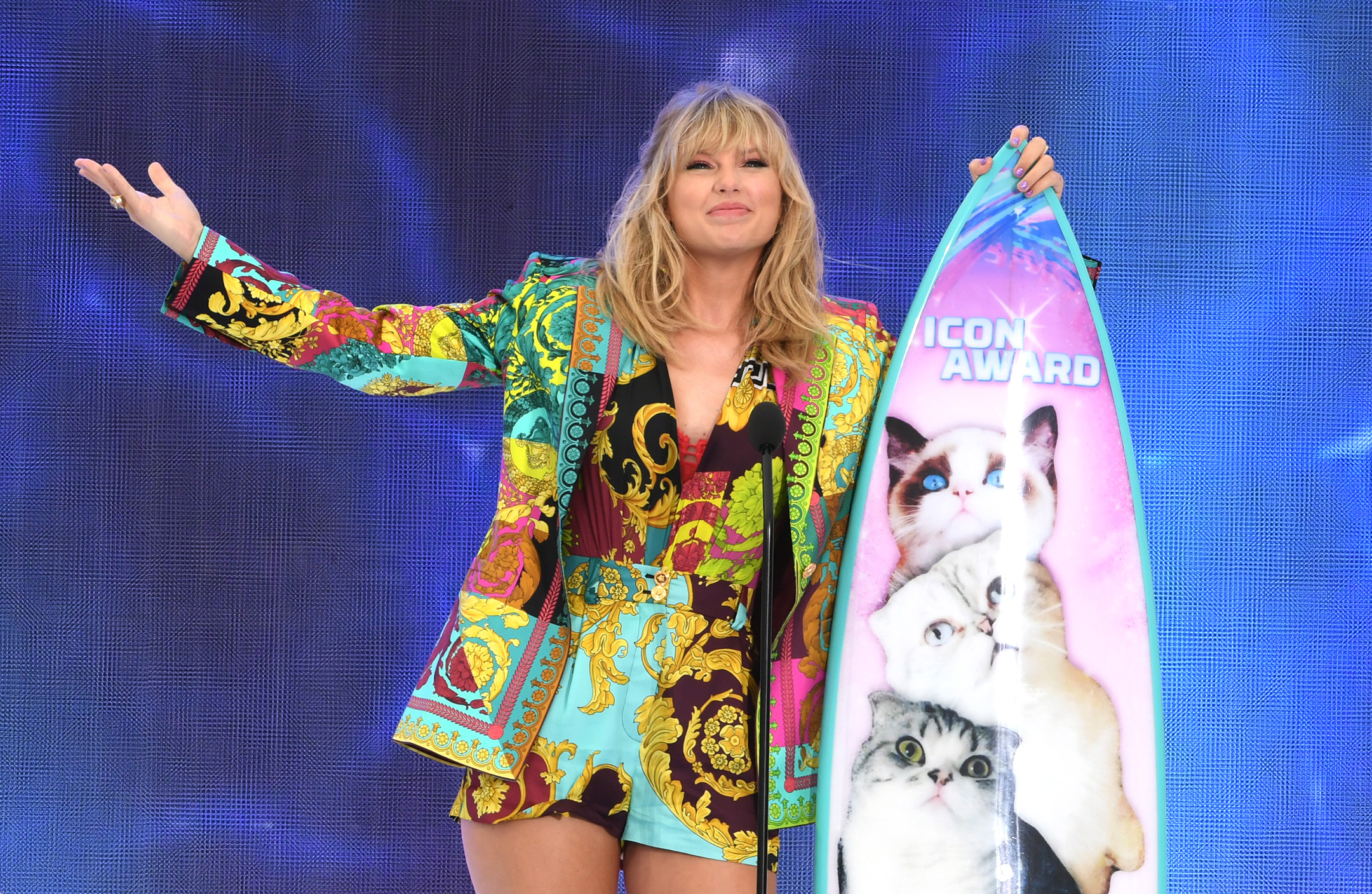 Not Shaking It Off

Maybe Taylor Swift’s next album should be titled precedent. After listening to folklore and evermore on repeat for the last few months, I took a break to hear several Supreme Court justices cite Swift during oral arguments this week in Uzuegbunam v. Preczewski, a case on student speech rights. The issue is whether lawsuits for nominal damages can be pursued—essentially, whether you can go to court just to make a point. That’s what Swift did in 2017 when she filed a sexual assault lawsuit against a Denver radio host for $1. She wasn’t interested in money; she wanted to send a message about assault and accountability. Four years later, the Supreme Court is weighing whether two students from Georgia Gwinnett College can seek nominal damages after they were punished for evangelizing on campus. The college has already changed its policy, but the students want to press forward to get a clear ruling about free speech on campus. That made Justice Elana Kagan think of Swift. “Nobody thinks that sexual assault is only worth a dollar,” Kagan said. “But that’s all she wanted. She wanted to prove a point.” We’ll know at the end of this court term whether those Georgia students can do the same. Inside Higher Ed has a good summary of the case, while the New York Times dug into its Swiftian connection. —Eric Johnson 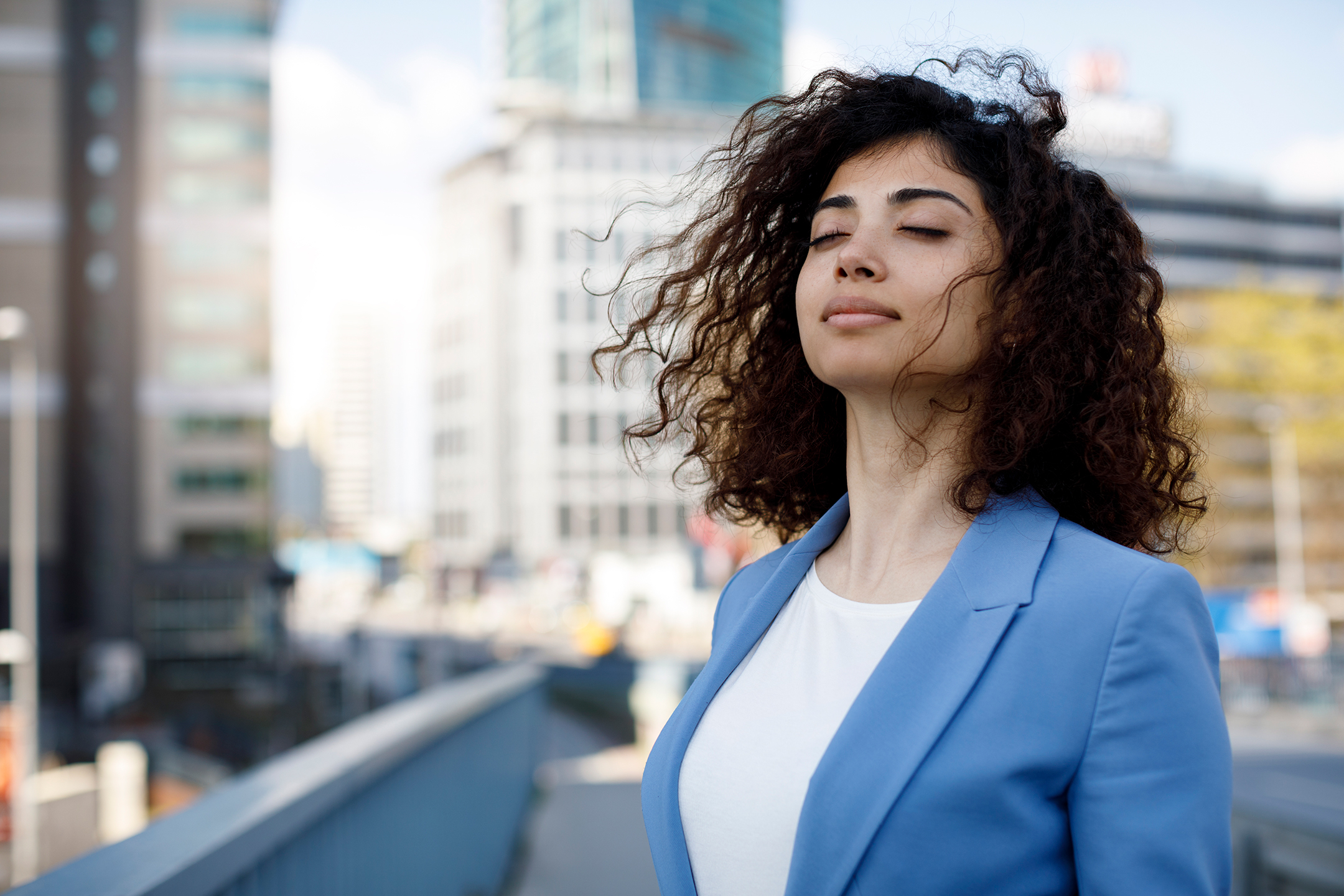 Take a deep breath—but only where it's safe. And only after reading how to improve your breathing.

It’s something we rarely talk about in polite company, but there’s nothing to be embarrassed about! We all do it—in fact, most of us do it 25,000 times a day. I’m talking about breathing. (What did you think this was about?) And it turns out we’re doing it wrong. James Nestor’s Breath is a radical yet incredibly, hilariously elemental book. It will take your breath away, then give it back by teaching you a better way to breathe. Why bother? For starters, better health, longer life, and less stress. (The TL;DR version: Breathe through your nose, not your mouth; breathe slowly, ideally, 5.5 breaths per minute; rapid breathing stresses you out, and long exhales are dreamy.) So save your breath—and maybe your life. —Bob Roe 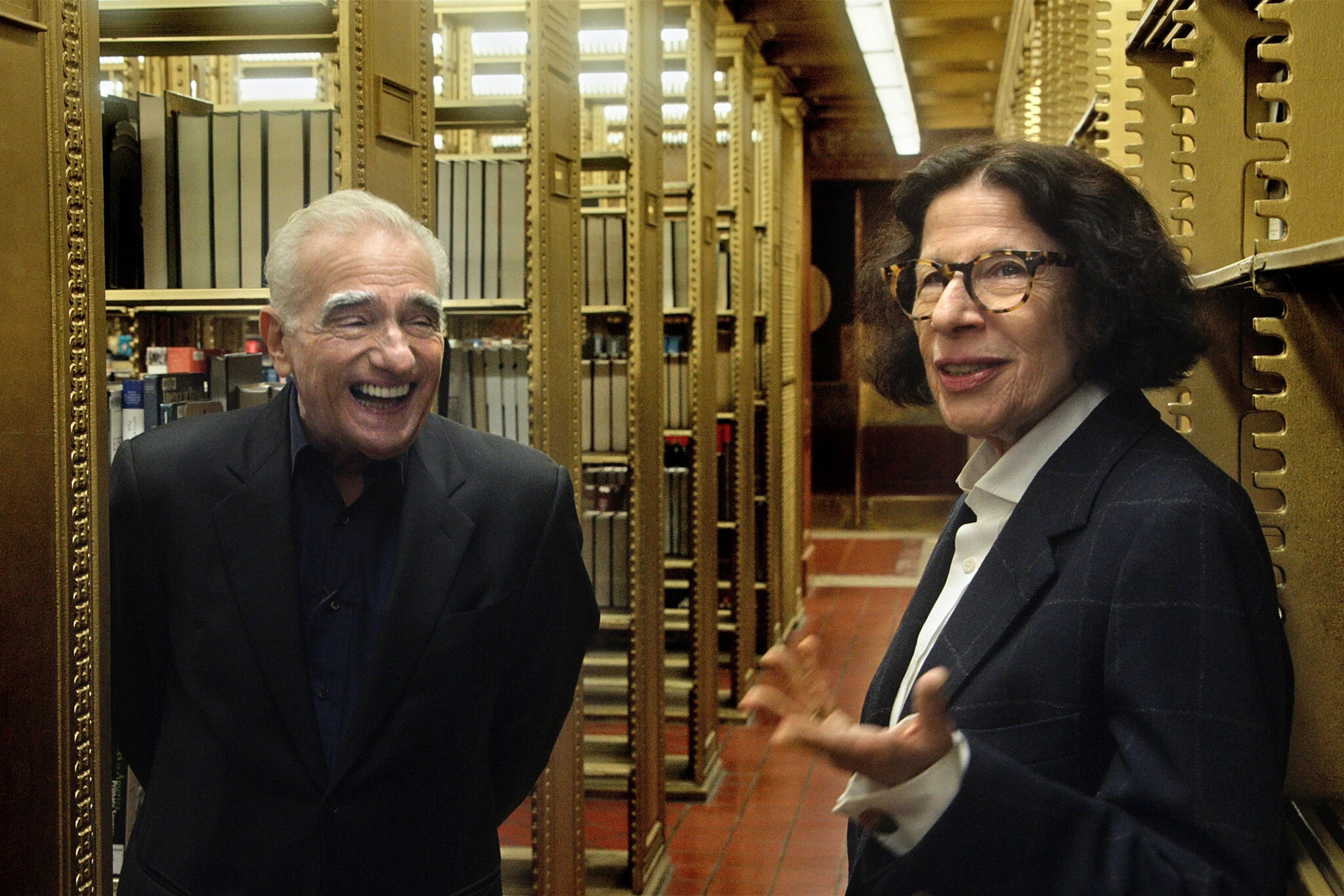 The most New York moment you're likely to get onscreen during the pandemic—director Martin Scorsese and humorist Fran Lebowitz share a moment at the New York Public Library.

The City I Love and Hate Equally

I’ve lived in New York City for 13 years. I’ve earned my right to kvetch: about the subways, the invasion of chain stores, the tourists—my god, the tourists. So. Many. Tourists. And none of them understand that people live here! New York isn’t just a giant amusement park where locals are there to keep visitors entertained…! Deep breath. (Where’s that book Bob recommended…?) Anyway, I complain, but I’m no Fran Lebowitz, author, humorist, and commentator on all things wrong, lovely, but definitely wrong about NYC. Her observations are funny and pointed, but she can be a lot. Still, being in the room—and on the streets—as she riffs on the city in Martin Scorsese’s new seven-part, three-and-a-half-hour miniseries Pretend It’s a City is a balm in these bleak times. I am absolutely here for Fran giving savage side-eye to someone walking up a public staircase while ensconced in their phone, or watching with morbid curiosity as Crossfitters pull massive tractor tires down a busy avenue sidewalk. But the show is also, in its way, moving. I miss Manhattan desperately— I can count on one hand the number of times I’ve been to the borough since the city went into pandemic lockdown—and seeing her navigate Grand Central, midtown, and the Financial District is elevating. And each episode left me feeling I knew my city better than before. —Dante A. Ciampaglia 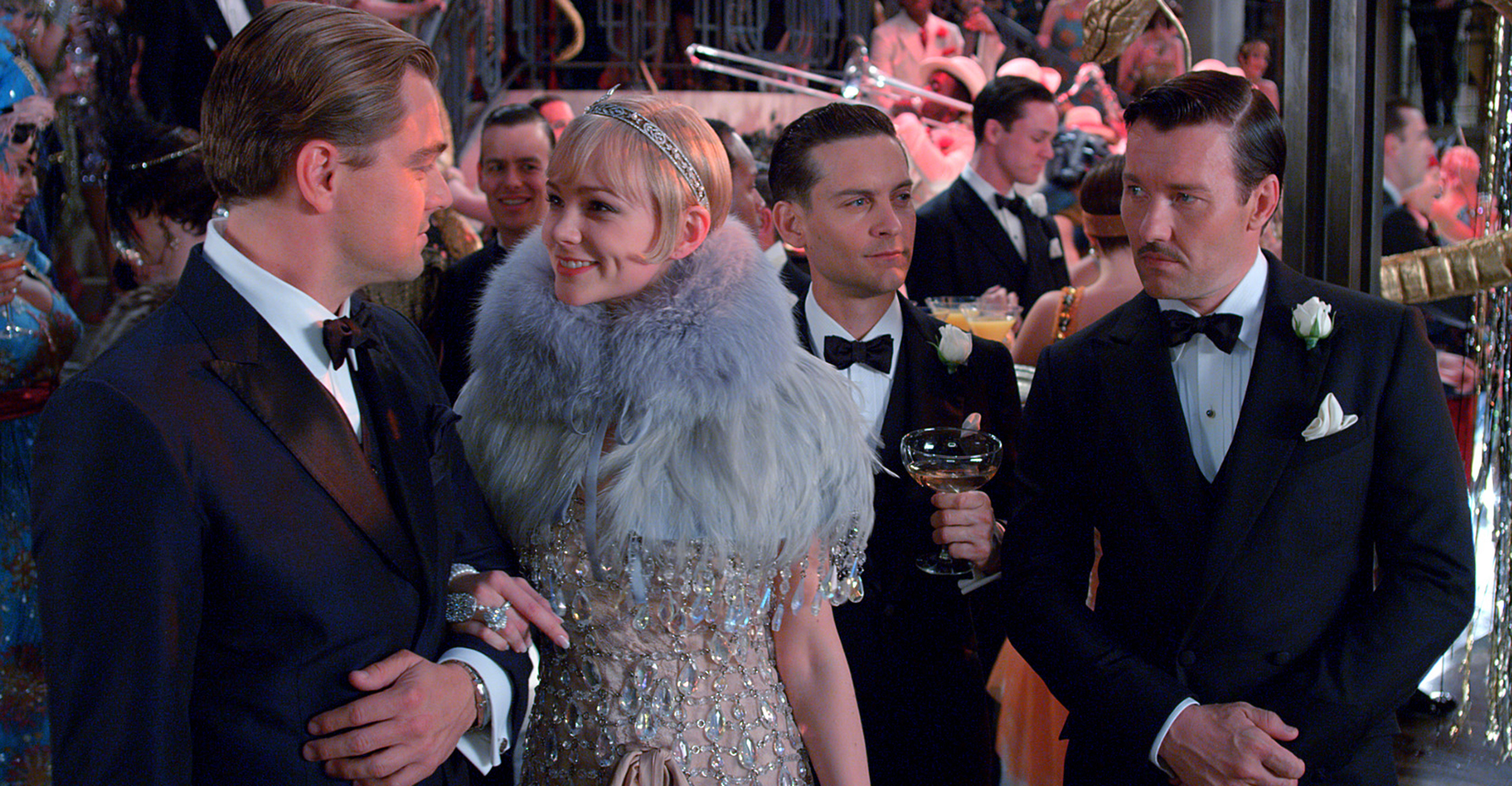 For most of my life I’ve loved The Great Gatsby—and grievously shortchanged it. Reading it as the tragedy of an all-consuming love that leads to ruin is only partly right. Jay Gatsby’s pursuit of Daisy Buchanan was just a device for F. Scott Fitzgerald to explore his real subject: the beauty and horror of the American Dream. “The tragedy is not that usual stuff about love not being enough... It’s creepier and profoundly, inexorably true to the spirit of the nation,” writes New York Times critic Wesley Morris in his preface to the Modern Library reissue of Gatsby. And that led me to Greil Marcus’s latest book, Under the Red White and Blue (which was Fitzgerald’s preferred title). “To be an American,” Marcus writes, “is to feel the promise [of the nation] as a birthright, and to feel alone and haunted when the promise fails.” The novel, he argues, is about “the deadly dance between America’s promises and their betrayal.” He suggests that Jay Gatsby represents the conflicted nature of America: big, transcendent dreams yoked to sordid violence and greed. “What if Fitzgerald’s goal was to create... a doubled, shifting image of beauty and crime?” We saw some of that greed, those delusions—and the sordid violence—on display at the U.S. Capitol on January 6. And to complete that tableau, Marcus quotes the book’s assessment of rich, bigoted bully Tom Buchanan: “[His] transition from libertine to prig was so complete… you realize how wrong George Will was when he watched the inauguration of Donald J. Trump... and called him a Gatsby for our time. Adulterer or president, Trump was always Tom.” —Bob Roe

The Shape of Donuts, the Universe, and Everything