We hear a lot about microchips, especially how we don’t have enough of them. And for good reason. They're in everything, from computers and smartphones to cars and home appliances.

In an earlier age, though, machines ran on semiconductors. And in the 1960s, one of the industry's leading manufacturers was San Jose's Fairchild Semiconductor. Frank S. Greene was a major reason why.

Greene was born in 1938 and grew up in segregated St. Louis. “Making it through life was a civil-rights activity in itself," he said. Attending college in that environment seemed like an impossibility, never mind a career in an industry like technology.

But things changed after Washington University's undergraduate programs were desegregated in 1952. Greene received a scholarship to the school and graduated as part of the second class with Black students. While there, Greene was part of the growing Civil Rights movement, telling Palo Alto Weekly in 2009, "We went to sit-ins to see if we could integrate some places around the school. We would sit there until the cops closed the place." Greene also made history, becoming, in 1961, the first Black cadet to complete the Air Force ROTC program. (He later became an Air Force captain.)

In 1962, Greene earned a master’s in electrical engineering from Purdue University and headed west to work in Fairchild's research and development department. There, he patented the integrated circuit that powered the company's semiconductors and helped develop what was, at the time, the world's fastest memory chip—"all of 256 bits," he said in 2009. 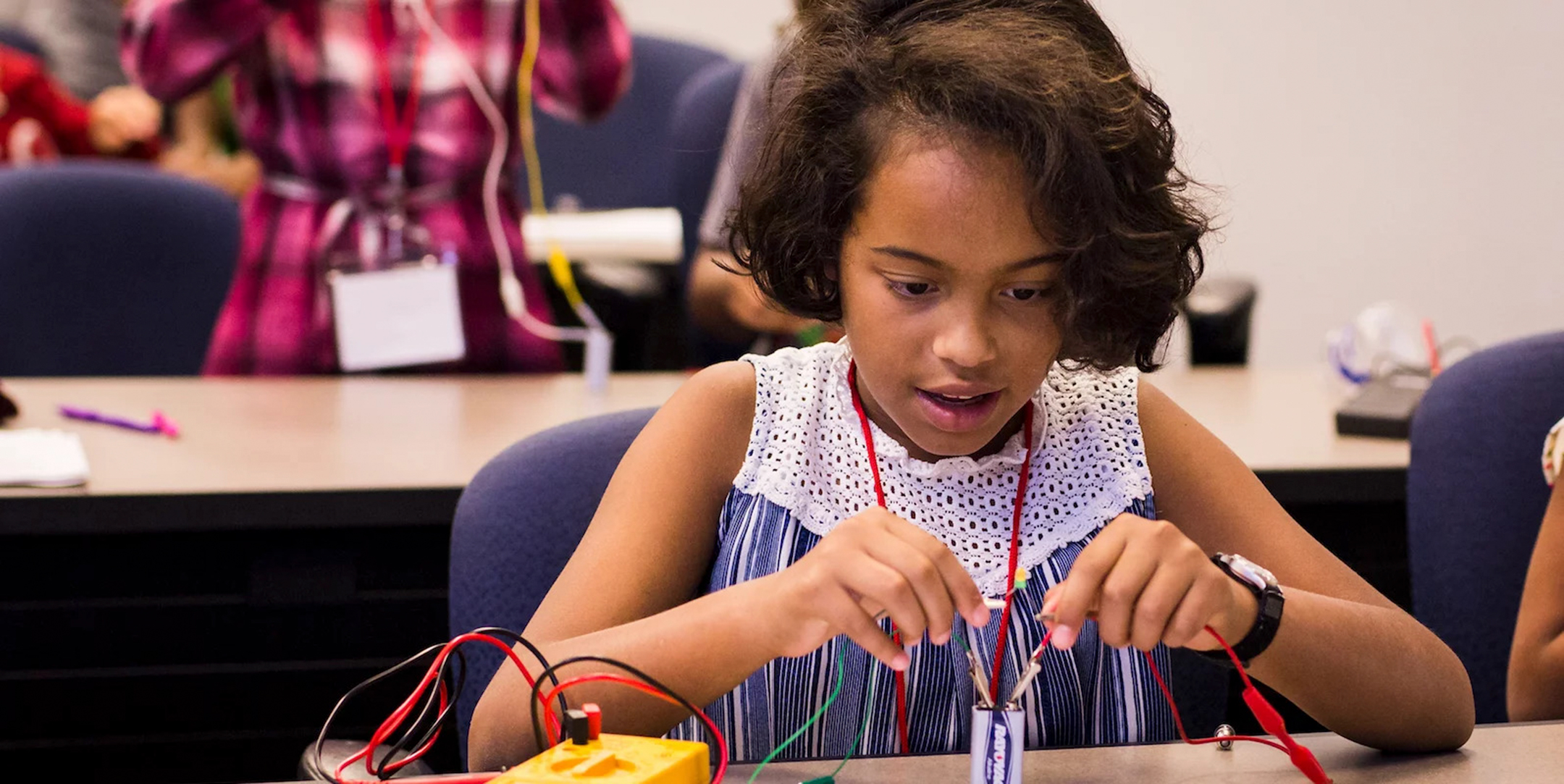 A student participates in an engineering activity as part of the Frank S. Greene Scholars program.

As Silicon Valley began to take shape, Greene earned a reputation as one of the first Black technologists—not only because of his work at Fairchild, but for his entrepreneurial drive. He founded the software companies Technology Development Corporation and Zero One Systems, as well as NewVista Capital, a venture capital firm that focused on investments in minority- and female-led companies.

Greene, who died in 2009, is a member of the Silicon Valley Engineering Hall of Fame, the inspiration for a Bay Area scholars program, and, in 2018, a San Jose middle school was named in his honor. "This is a transformative event for our school," then-principal Valerie Royaltey-Quandt said at the rededication ceremony. It’s also a fitting tribute for a pioneer who spent his life leading by example—and the kind of role model future generations of scientists and technologists should grow up celebrating.