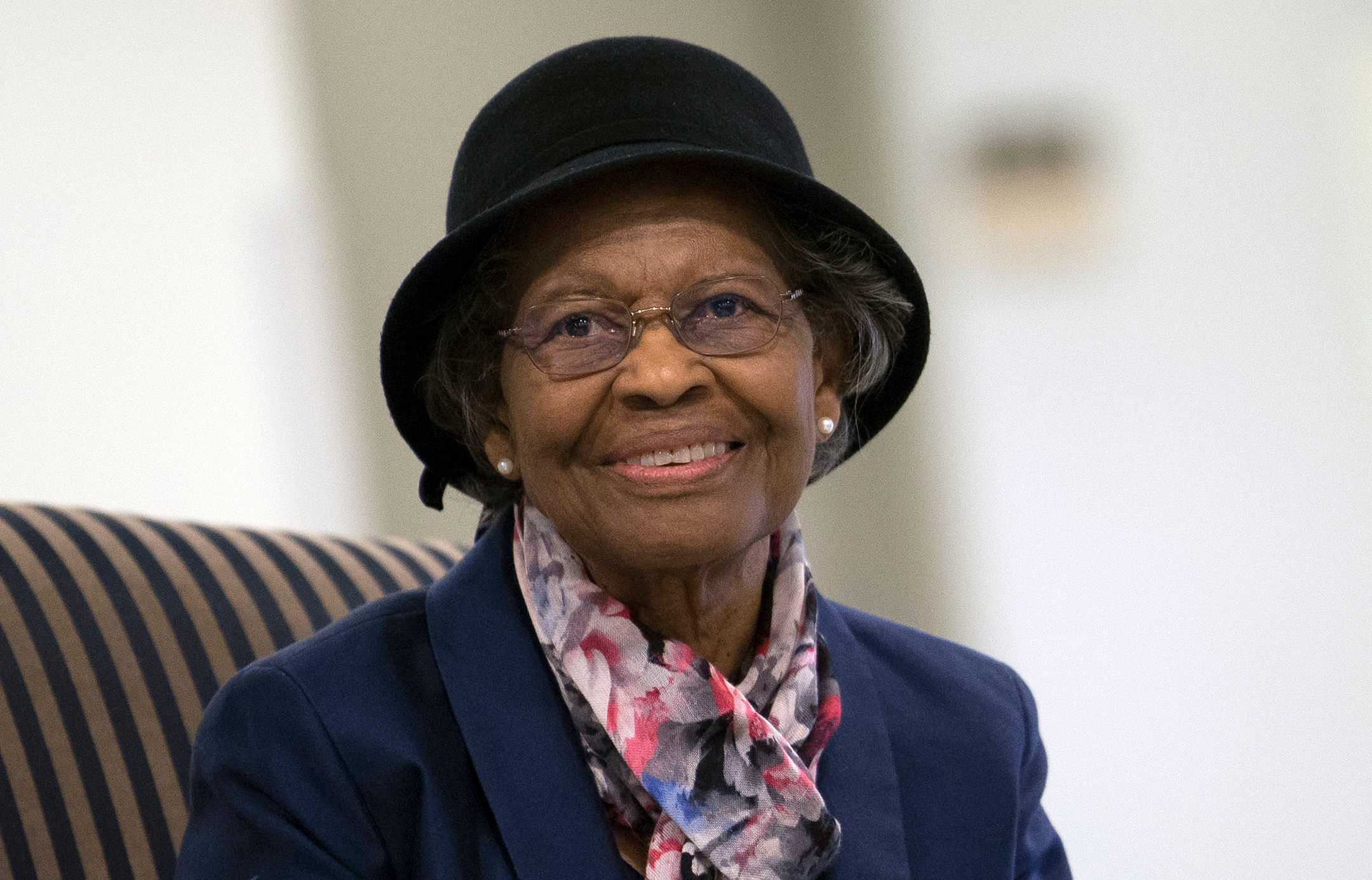 Dr. Gladys West is inducted into the Air Force Space and Missile Pioneers Hall of Fame during a ceremony in her honor at the Pentagon in Washington, D.C., Dec. 6, 2018.

"GPS Only Exists Because Of Two People," reads a 2021 Forbes headline, "Albert Einstein And Gladys West." One of those people is a household name—the other is Gladys West, another "hidden figure" whose ideas and scientific contributions are so important to our everyday lives she should be as well known as Einstein.

Born in Sutherland, Virginia, in 1930, she was part of a family of sharecroppers and as a child worked on a small farm. She knew education would be key to avoiding a sharecropper life, and giving her a laser-like focus on her studies. West was valedictorian of her senior class, which earned her a full scholarship to what was then called Virginia State College. She received a bachelor’s in mathematics in 1952, taught for a bit, returned to VSC to get her master’s in 1955, then started a job in 1956 as a mathematician at the Naval Proving Ground in Dahlgren, Virginia. (That same year she earned a master’s in public administration from the University of Oklahoma.)

Like Annie Easley, West was one of only four Black staffers and only the second Black woman ever hired there. She worked as a programmer on large computers and project-managed data systems that analyzed satellite data. Eventually, West "participated in a path-breaking, award-winning astronomical study that proved, during the early 1960s, the regularity of Pluto’s motion relative to Neptune," per a U.S. Air Force press release, leading to her major breakthrough. 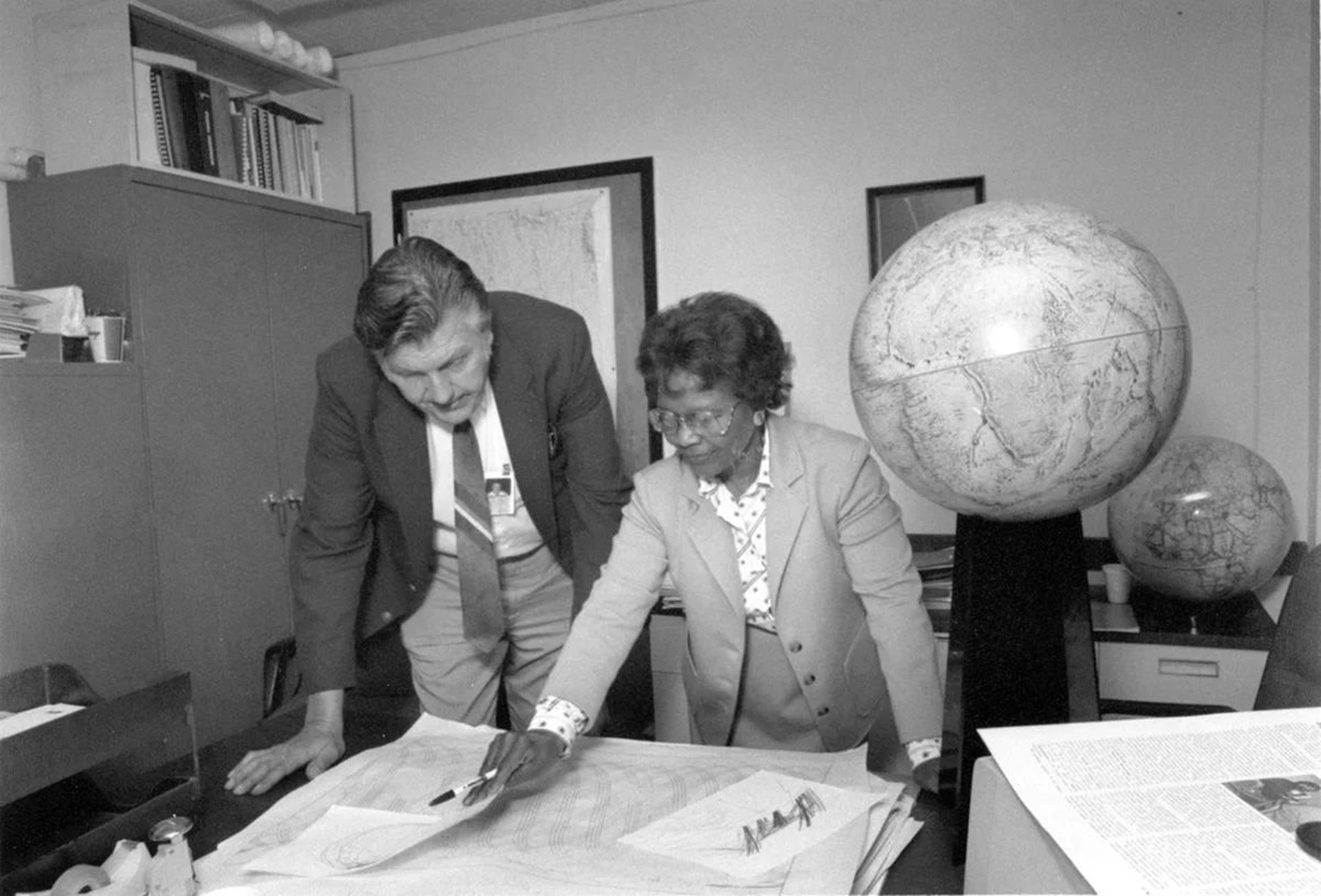 Gladys West and Sam Smith look over data from the Global Positioning System, which Gladys helped develop at the Naval Proving Ground in Dahlgren, Virginia, in 1985.

In the early 1980s, West was a project manager heading a team of five working with Seasat, the first ocean-monitoring satellite. It was here where she programmed an IBM 7030 "Stretch" computer, generating increasingly refined calculations to create a geoid, or an extremely accurate geodetic Earth model, that was ultimately optimized and used as the basis for the Global Positioning System, or GPS, which in turn is the basis for, well, everything in our digital (and analog) lives.

"You never think that anything you are doing militarily is going to be that exciting," West told The Guardian in 2020. "We never thought about it being transferred to civilian life, so that was a pleasant surprise."

West retired in 1998—which gave her time to earn her PhD, in public administration and policy affairs, which she completed in 2000 at the age of 70. In 2018, she was inducted into the Air Force Space and Missiles Pioneers Hall of Fame.

"We always get pushed to the back because we are not usually the ones that are writing the book of the past. It was always them writing and they wrote about people they thought were acceptable," she told The Guardian. "And now we’re getting a little bit more desire to pull up everyone else that’s made a difference."