Hammerin’ Hank, the Zuck Court, and Beethoven’s Ear: Five Things That Made Us Smarter This Week

From tuning our ears to tech's impact on our society, we learned a lot over the last seven days 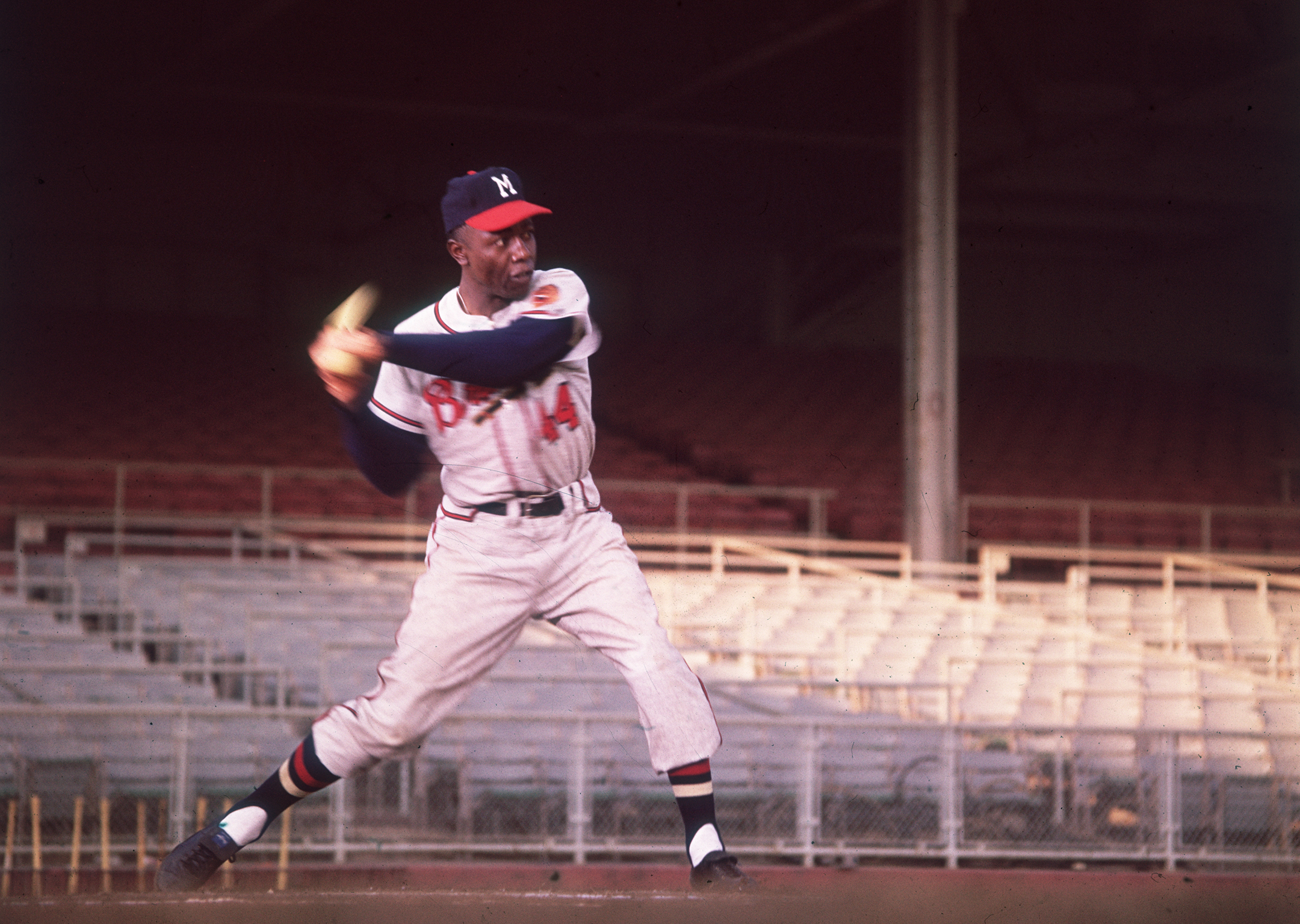 Henry Aaron demonstrates his swing in this photo taken in 1955 when he played for the then-Milwaukee Braves.

We Had a Hammer

As a baseball-mad kid, I was obsessed with this library book of MLB history and stats. I carried it with me everywhere and treasured it like a sacred text. I’ve never been a stats-head, and my 7-year-old brain retained few of the numbers. But one record was very easy to grasp: 755 home runs. Growing up in the mid-1980s, I knew Babe Ruth—the Sultan of Swat, the home run king who called his shot, etc etc etc—but rarely heard about Henry Aaron. Yet here was this book! Hammerin’ Hank had more homers than the Bambino! Incredible! My admiration for Aaron became awe as I got older and learned more about the man, his journey from the Negro Leagues to the Atlanta (née Milwaukee) Braves, and, especially, the hatred and vitrol he faced in 1973-74 as a Black man chasing and eclipsing White Ruth’s record—which was perhaps the most hallowed in all of sports—and doing so while playing in the heart of the south.

When the 86-year-old Aaron died on January 22, a wave of celebrations and remembrances washed over the Internet. Many reiterated his greatness on the field and heroism off it; others, like this interview with former Dodgers pitcher Al Downing, who gave up Aaron’s record-setting 715th home run, show the depths of Aaron’s commitment to justice and fairness. But my favorite might be Douglas Brinkley’s final interview with Aaron, if only for the memory Aaron shares of being a kid in Mobile, Alabama, and seeing Jackie Robinson speak at a grocery story. “I was in the presence of greatness,” Aaron said. “I wasn’t associated with him, he didn’t know me from Adam, but just to be in his presence transformed me. And later in life I realized that he was a lot like Dr. King, you know. They were just human beings, and that’s what made them so magnificent.” That’s an experience kids of my generation and the one before us had too—except Henry Aaron was that transformational figure, connecting with us through baseball cards and books and television, and revealing his quiet magnificence later, as the depths of his struggle and sweep of his experience revealed itself. Perhaps 44 should be the next number retired across the majors.

And because we should take every opportunity to watch it, here’s legendary Dodgers broadcaster Vin Scully’s call of Aaron’s 715th home run—as brilliant today as it was 47 years ago. —Dante A. Ciampaglia 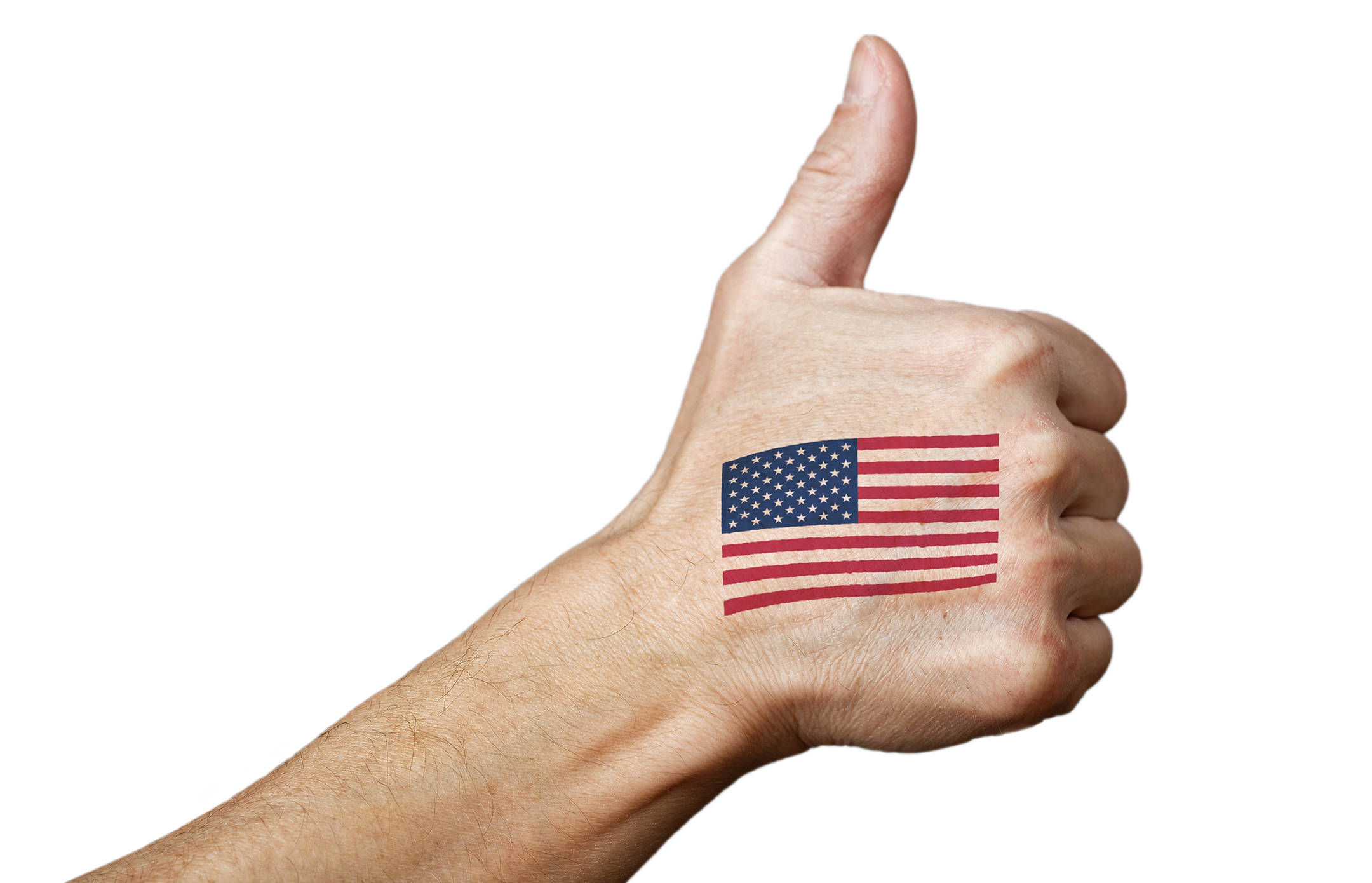 How do you show your pride in democracy, by wearing a *sticker*?

Where Can I Get an “I Voted” Tattoo?

Friends and coworkers have recommended podcasts for years, but they've just never fit into my day. I don't have a long commute (and in the age of covid-19 lockdowns, no commute at all), and I prefer listening to music when I work out. I need motivation with my exercise, not enlightenment. So I realize I'm arriving late to the party, but after much cajoling I've finally come around! Last weekend I listened to writer and political scientist Yascha Mounk’s sprawling conversation with Steven Pinker, the Harvard psychologist famed for his optimistic outlook on the world, for the publication Persuasion. They tackled a modest topic—human rationality and the fate of democracy—perfectly suited to Pinker's style. He covers the same ground as an excellent graduate seminar, but with the rhythm of a storyteller. "Why did everyone get tattoos? Who predicted that, who could have legislated that, how could you have stopped it?" And what does the tattoo craze have to do with political tribalism? No spoilers here! —Stefanie Sanford 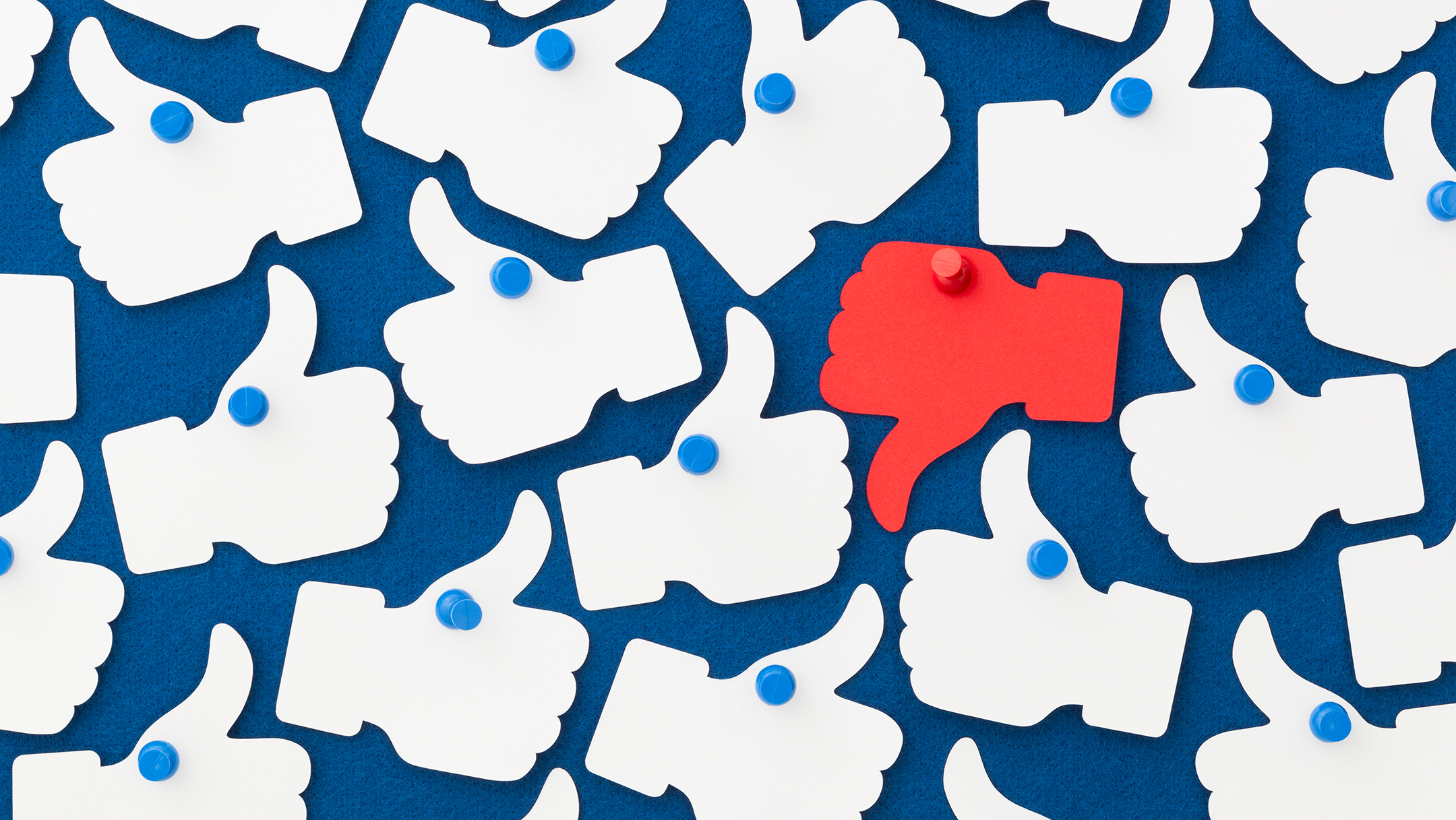 Do swear to friend the truth, the whole truth, and nothing but the truth? And do you swear to share to click on the ad next to the truth?

Will the Unfriended Please Approach the Bench

What do a bunch of law professors, a former Danish prime minister, and the retired editor of The Guardian have in common? They’re all members of the Facebook Supreme Court—officially called the Oversight Board—that will decide whether Donald Trump can log back onto the world’s largest social network. The company spent more nearly two years launching this quasi-independent review board to decide some of the hard questions that arise when you serve as “town square” for 2.6 billion humans: What qualifies as “hate speech”? When are nude pictures educational or newsworthy, and when are they just obscene? Is there ever a good time to quote Nazi propaganda czar Joseph Goebbels? These are real-world questions the board is deliberating, alongside the fraught riddle of whether a former American president can be trusted with Facebook access. (Great analysis has been published by the New York Times, Washington Post, the blog Lawfare, and New York magazine.)

I have always loved the dense case law around the First Amendment, with centuries of precedent and public argument defining what “free speech” means in a democracy. The idea that a private company—controlled by one guy, who is 36—will take on similar questions on global scale is just… well, kind of nuts. (And it’s not without controversy.) Bloomberg writer Matt Levine, who pens a brilliant daily newsletter about business and finance, put it best: “Facebook knows that it’s a government now. It’s trying to act like it.” —Eric Johnson 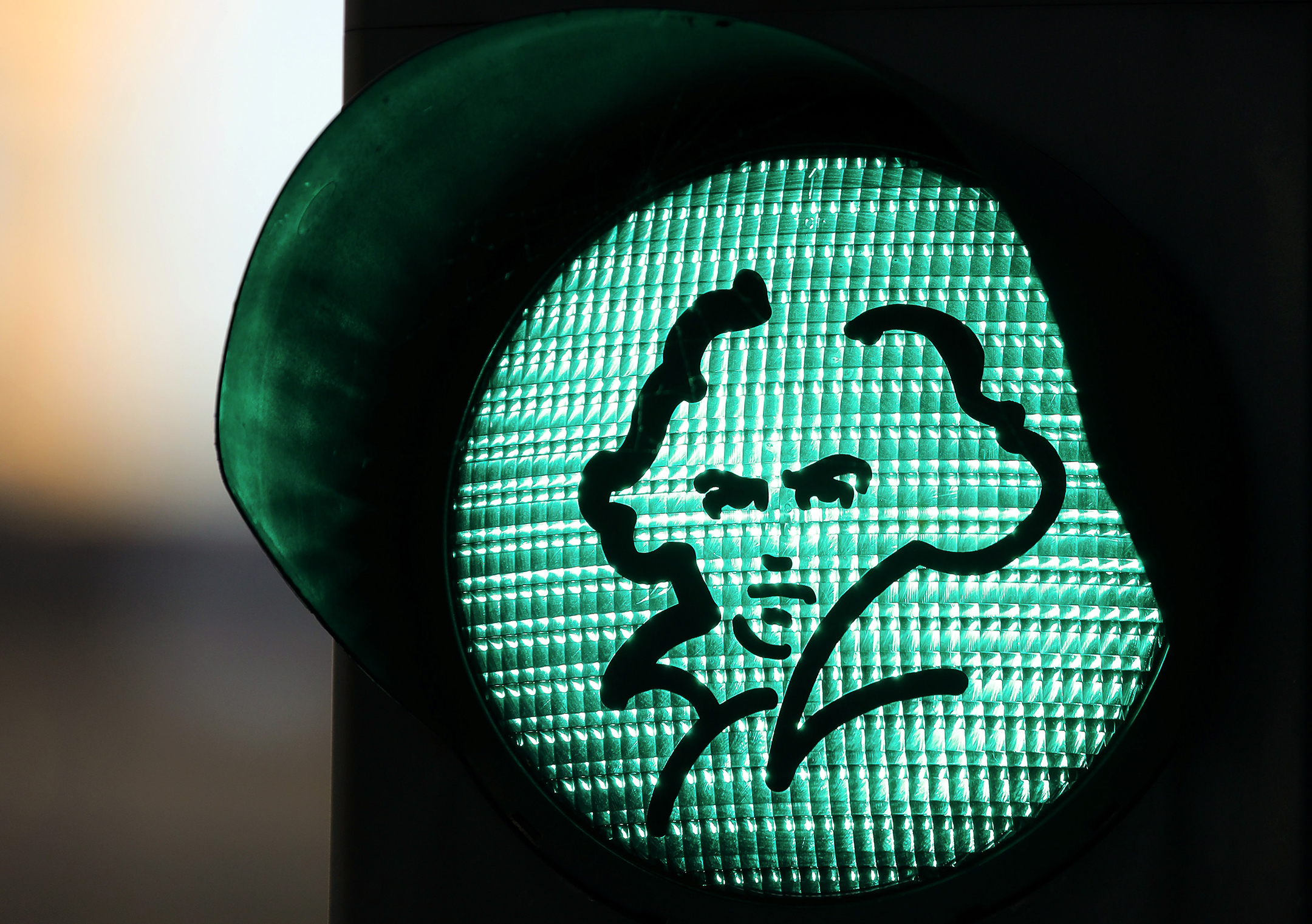 A green traffic light with the portrait of German pianist and composer Ludwig van Beethoven is pictured on January 21, 2020 in Bonn, Germany.

Hear ye, hear ye! Today’s riddle is a classic: How did Beethoven write all that amazing music despite being deaf? Record producer Rick Beato, the musical genius behind my favorite YouTube channel, explains in one of his hundreds of riveting videos that Ludwig van was only able to do it because he had perfect pitch: he could recognize any note, and could imagine—could hear in his mind—an exact note or series of notes. Beato also talks about the desperate gambits the composer used, including clenching a pencil in his teeth and placing it on the piano to pick up the vibrations, laying his head on the piano or even sawing off the legs of a piano and setting it on the floor, making it a sounding board. Beato, who seems to love (and know way too much about) every kind of music, helps me hear things I never would have heard on my own, and gives me fresh ears. My favorite of his many recurring features is “What Makes This Song Great?,” dissecting a track with his musician friends, multi-track soundboard, and computer. (A great introduction is his love-fest on Nirvana’s “Smells Like Teen Spirit.”) From “Ode to Joy” to Cardi B’s “WAP,” Beato makes my favorite songs sing. —Bob Roe 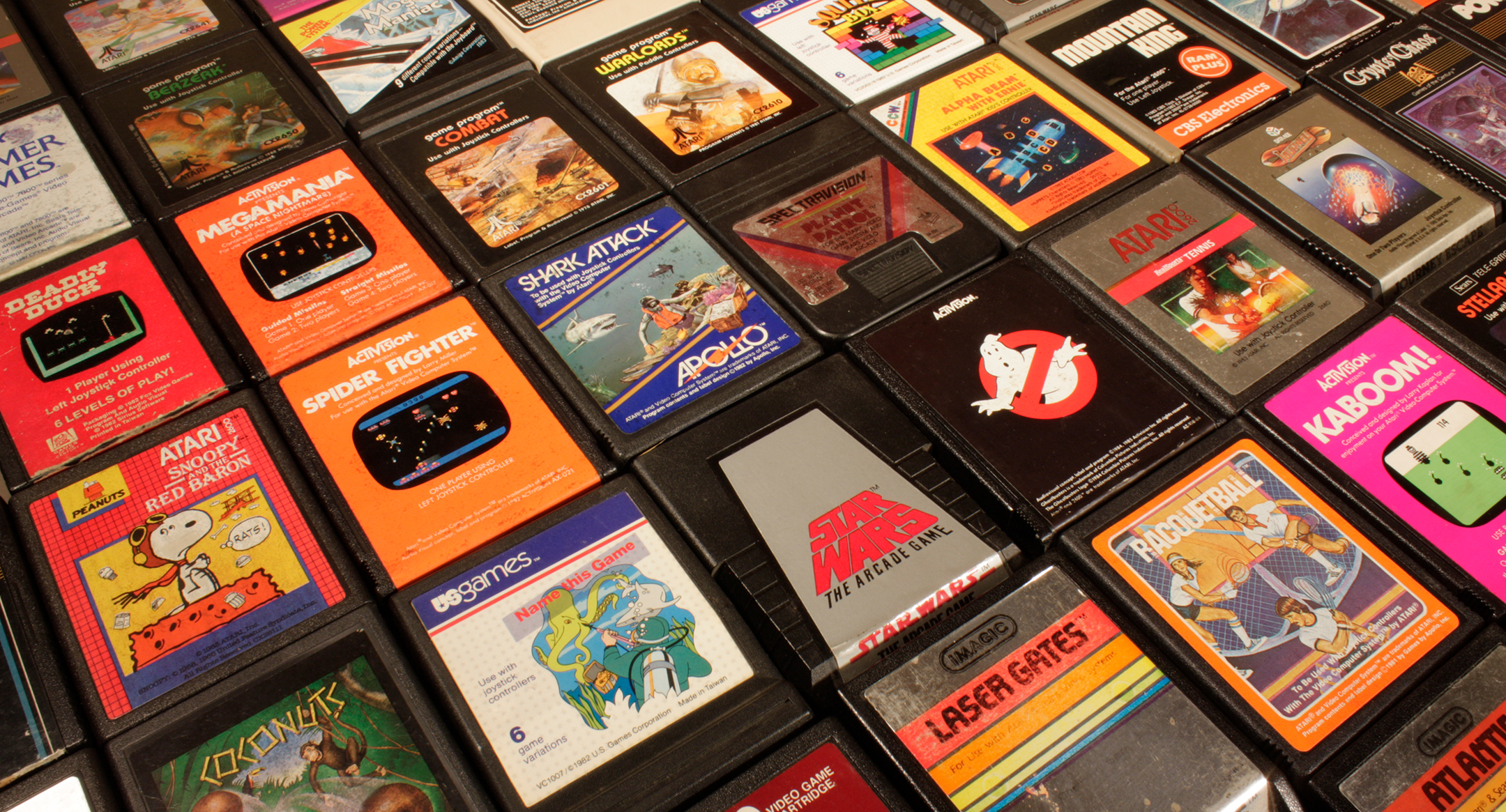 These games once represented the height of technological innovation. Now, a previous generation's treasure is this generation's trash to sift through to learn about that prior cohort.

When I used to cover tech-industry product events, I was always left aghast by the disposability of the digital revolution. Phones more powerful than the computers that sent Apollo 11 to the moon get junked with the release of the next, sexier model. High-def TVs have a lifespan of years; their CRT predecessors lasted decades. And don’t even think about looking at smartwatches, smartspeakers, smartlocks, or smart thermostats as long-term investments. (It’s dumb how ephemeral smart stuff is.) But where does all that old tech go? I used to imagine some far-off civilization excavating layers of detritus left by late-capitalist anthropocene society. Turns out the warp-speed development of technology has collapsed that timeline. We’re already digging up old tech and pondering what it says about that long-ago era of the 1970s.* One of the best stories of the last 10 years is the unearthing of a cache of old E.T. Atari cartridges from the New Mexico desert. And thanks to the latest episode of the New Yorker Radio Hour podcast, about the Atari 2600 game Entombed, I’ve learned there’s a field of study called digital archaeology. The 20-minute show features two such archaeologists digging into the code of the game to learn more about it, the programmers who created it, and a myth about its origins. It’s fascinating, massively entertaining, and left me wanting more—and wanting to know if it’s too late to go back to school. —Dante A. Ciampaglia

* And we’re experiencing the very real consequences of tech disposability, in the form of a horrifying ecological and human-rights disaster.

First Veep of Color, the Supreme Taylor Swift, and Gatsby Beats On