How the Yellow School Bus Got That Way

Fire trucks and police cars are easily spotted in crowds. Boxy Zambonis®, ubiquitous at ice rinks, are unique jalopies. And garbage trucks can be heard (and smelled) coming a mile away.

Fine, upstanding vehicles all. But when it comes to rides with emotional resonance, the yellow school bus is in a class by itself. Almost every kid sings “Wheels on the Bus” at some point in their life. And chances are great you’ve bumped along in some version of the school bus, either going to and from school or as a mode of field-trip transportation, those springy, high-backed green seats letting you feel every pothole as if there was nothing separating you from the road.

The school bus is so omnipresent it’s easy to take for granted that they’re yellow, the same way that the sky is blue and grass is green. But have you ever stopped and wondered, “Why are school buses yellow? And why do they all look more or less the same?”

It turns out that school buses seem like they’ve always been yellow because they kind of always were. And you have Dr. Frank W. Cyr to thank for it.

In 1937, Cyr, a professor of rural education at New York’s Columbia Teachers College, found that among the 10 states he studied there was no standard way for kids to get to school. Some rode buses, others trucks, and in Kansas some students went to school in wooden wheat wagons.

“The local districts all told me they were in trouble,” Cyr told the Associated Press in 1989. “They all said state officials had standards for manufacturing vehicles and kept changing them. … I visited bus companies and they were having more trouble than anyone.”

To remedy the problem, he convened a conference in April 1939 at Columbia University. All 48 states sent representatives, and they were joined by 100 automotive engineers. The goal: to establish “national construction standards for the American school bus,” according to Smithsonian Magazine, and make it easier and safer for the 3 million students who relied on some form of transportation to get to school.

During the seven-day meeting, attendees considered and debated numerous colors for the nation’s school buses—from lemon yellow to deep orange-red—before settling on what has become known as National School Bus Yellow Chrome. “The color was selected because black lettering on that color is easiest to see in the semidarkness of early morning and late afternoon,” Columbia wrote in its obituary for Cyr, who died at age 95 in 2002. 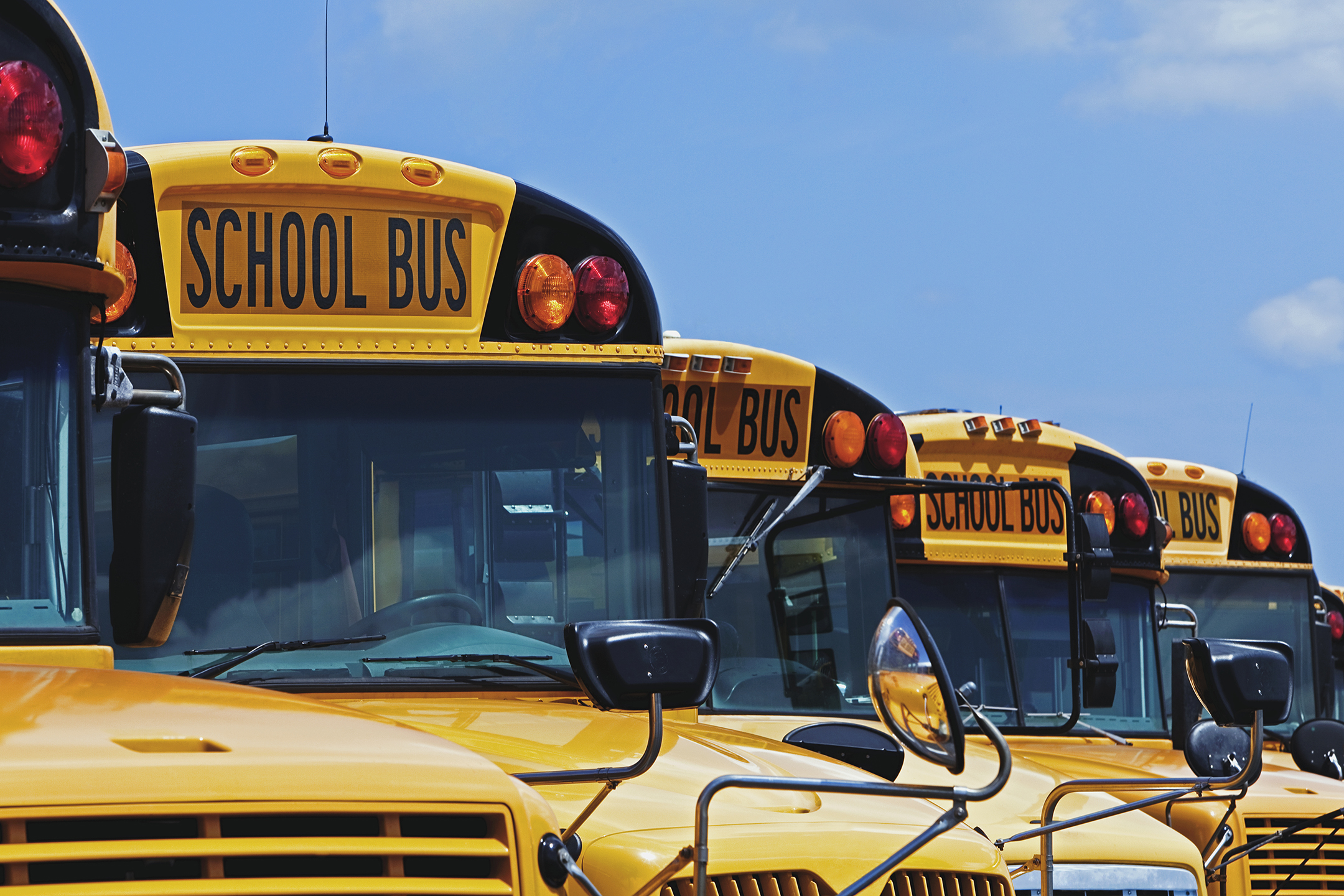 The color is now known as National School Bus Glossy Yellow (#f5a400 color hex), and it indeed had the intended effect. The school bus is the safest vehicle on the road, according to the National Highway Traffic Safety Administration. The American School Bus Council says that students who take a school bus are 70 times safer than those who travel to school by car—crucially important with more than 25 million students taking 10 billion school bus rides every year.

Of course, it’s not just the yellow color that has made the school bus so safe. Other advancements, like the addition of blinking stop signs on the outside and better engineering inside, get credit too. And manufacturers are always looking to improve the school bus by integrating new tools, such as Wi-Fi, video, and tracking technology.

Ron Kinney, of the National Association for Pupil Transportation, told Smithsonian that the meeting is a “democratic process” and someone could suggest changing the color. “It’s come up in the past,” he said, with some suggesting a “fluorescent lime color sometimes seen on fire trucks.”

A tip from us National School Bus Glossy Yellow stans: that change would be a five-alarm scandal.

Can Anyone Here Drive a Bus?