The Moments That Make Us

In his latest book, a chronicle of “the future of us,” author Jeff Hobbs documents the interior lives too many young men keep hidden

For Jeff Hobbs, one of the most important moments of his life was the freshman roommate lottery at Yale. The luck of the draw was how he ended up spending four incredibly formative years with Robert Peace. Peace was a charismatic and brilliant student from Newark who dazzled his classmates and overcame enormous barriers to reach the Ivy League.

When he was 30, Peace was killed in a drug-related shooting.

“When he died, a community of people formed—Rob had a really wide social orbit—and these people just didn’t want to let him go, wanted to keep celebrating his life,” Hobbs told The Elective. “We celebrate by telling stories, and at a certain point I volunteered to write a thousand words for his family. A thousand words turned into a thousand pages of interviews, which turned into a book called The Short and Tragic Life of Robert Peace. I call that book a eulogy that got out of hand.”

Hobbs’ warm and heartbreaking biography, released in 2014, became a bestseller. It’s also widely taught in high schools and colleges across the country. In the years since, his interest in life’s turning points—the moments that shift our paths profoundly, for better or worse—has only deepened. In his latest book, Show Them You’re Good: Four Boys and the Quest for College, released in August 2020, Hobbs followed four high school students in Los Angeles as they applied to college, weighed their options, and made choices that will shape their lives.

“For the most part, I just sat with these boys, typically over takeout from In-N-Out Burger,” Hobbs writes in the book’s introduction, “and talked frequently throughout the year: about their days, their futures, their hopes and doubts, their challenges both known and unknown, as well as the whimsical moments from which much of their lives were wrought.”

“This is a book about people—mostly young people who are foolish and flawed and impulsive, of course, but who are also (I believe) among the best of us. They are certainly the future of us.”

Hobbs recently spoke with The Elective about the experience of interviewing students from very different backgrounds, the struggle of young men to get help and express their feelings, and the way personal relationships can change the direction of our lives. 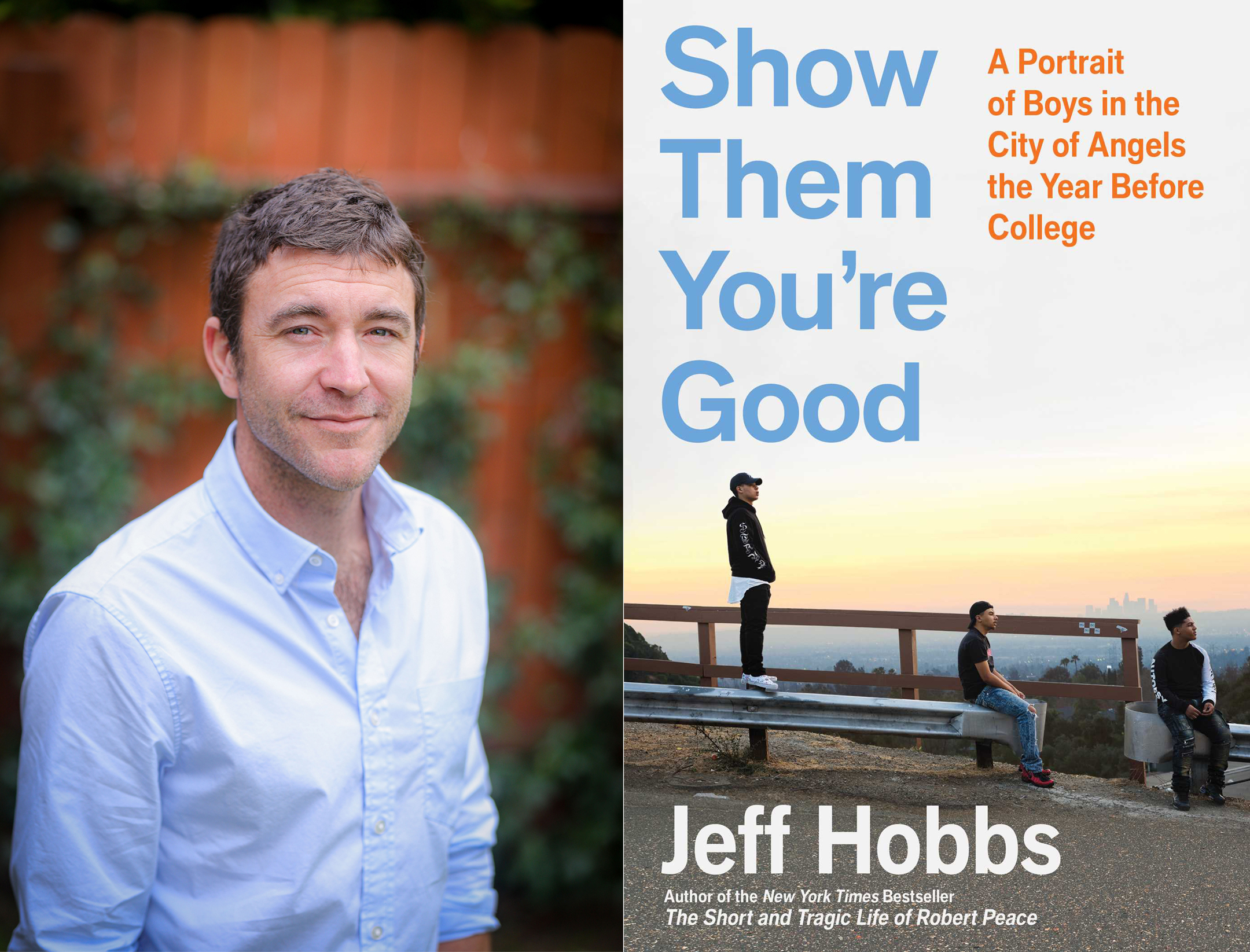 Where did the idea for this book come from? How did you decide to spend time with young men in high school, hearing about their lives and ambitions as they applied to college?

After my book about Robert Peace was published, it was read a lot more widely than I expected. Rob wasn’t famous, and it’s a hard and sad story, but people responded to it. A lot of schools started reaching out and asking me to come speak to students, which was kind of scary for me. I’m a pretty quiet person—I’m shy and was really never meant to speak in public. That’s why I write books.

But it felt important to honor those requests. So I figured out how to talk and I had the privilege of visiting all these schools, from Ivy League universities to juvenile detention centers. But most of the invitations came from public high school teachers who wanted me to help facilitate conversations about race and class and college access and entitlement.

When you get students thinking about these big concepts, you end up talking about life and living and being a person, a young person, in a very stressful world. Something about Robert Peace’s story somehow compelled and empowered young people, particularly young men, to share their own stories. And that was very powerful.

There are all these big, national conversations about privilege and equity and the cost of college and the stress of getting into college. I thought maybe there was a way to just spend some time with kids—different kids in different spaces—to talk about what they were thinking as they went through this passage in life, this ephemeral but pretty high stakes derby around college admissions. Preparing for college is really the end of childhood, in many ways, and I wanted to know what that felt like to the young people going through it.

Getting that kind of insight means making room for some deep conversations at a time when students are especially stressed and busy. How did you manage that?

These young men were incredibly generous—they gave an awful lot of time. It was about four hours each week throughout the school year, just sitting in a classroom and having a roundtable conversation about what was going on. No real agenda, just whatever was on their minds that day.

It’s hard to carve out that kind of time when you’re in high school. These kids had homework and AP classes and jobs and families and friends. The space to really reflect and dig in and share doesn’t come about naturally. I was this awkward guy showing up at their schools, listening to anyone who wanted to share their stories. And I brought pizza, which helped.

I think it ended up being therapeutic without quite being therapy. The conversations for this book became a quiet space in the middle of frenetic days, where these guys could goof off but could also vent about the hard stuff—the fear and the heartaches.

I’m not a social scientist, so my data on this is just anecdotal, asking these young men about what’s going on and how they feel. But my sense is that this is still a very macho culture we live in. It’s hard for our fathers and brothers and sons and friends to emote, hard for American boys to ask for help even when they need it, even when it’s right there in front of them. I’ve seen situations where a teacher is sitting with a young man earnestly asking him what he needs and getting no answer.

I wish a lot more young men felt comfortable asking. It’s not just about getting help for the hard stuff, like family dysfunction or illness or trauma but the basic logistics of navigating the transition into being an adult. The boys who can knock on a counselor’s door, who can ask a teacher for help tracking down information for whatever form is due that week—they face a lot less stress and feel a lot freer in their daily lives. That habit and comfort with being able to ask is so important, and there are a lot of class differences there we don’t talk about enough. Those kids who have an easy time asking tend to have been led to believe from the day they were born that adults exist to help them. Others born into circumstances where they needed to act as functioning adults from a very young age struggle a lot more with identity in asking for even the most basic assistance, like directions to get somewhere. But you should be able to expect that the adults around you at school are there to help you. 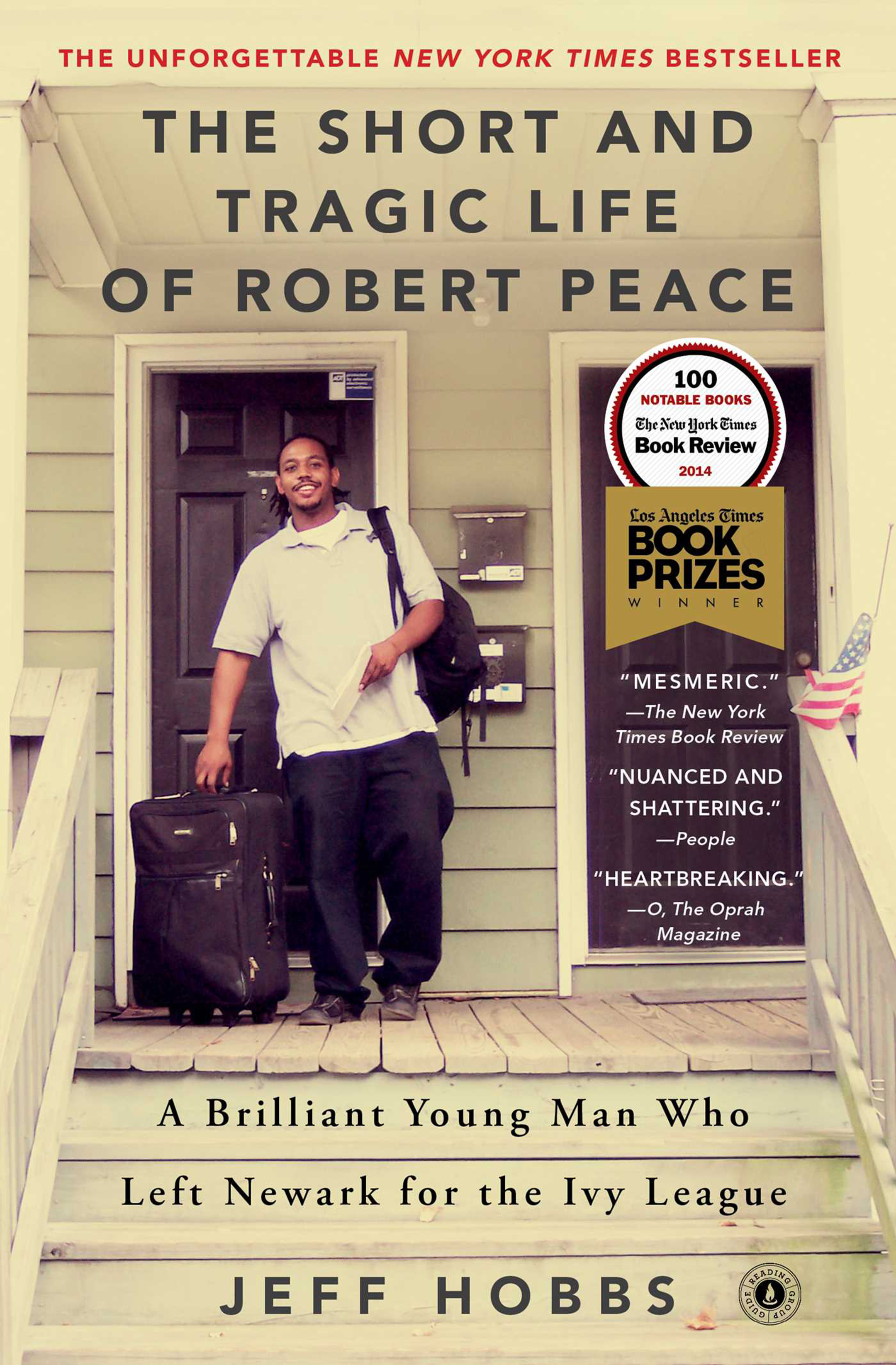 The students you write about in this book opened up to you about all kinds of sensitive topics: families, insecurities, conflicts with friends and teachers. Are there ethical dilemmas in doing this kind of writing? How do you handle hard topics with honesty and sensitivity toward the people you’re interviewing?

It is a really meaningful question. I don’t enter people’s lives with a tactical plan. I knock on a lot of people’s doors, and people don’t always open them. When they do, I think my ethical approach has a lot to do with listening very carefully. I also let people read a lot of what I write about them, particularly when it deals with feelings they’ve shared, so they can consider and calibrate their comfort level. It’s a huge responsibility, writing someone’s story that way, and knowing that not every word or feeling is going to mean the same thing to every person.

I’ve found that the divisions between people when it comes to race, class, life experience—that can be profound in many circumstances, but it can also fade away in the commonality of caring about the same thing or the same person. In writing The Short and Tragic Life of Robert Peace, I was talking to other people who cared about Rob, whether it was Yale professors or drug dealers. There are huge differences, sure, but we’re all crying together over the same person.

For Show Them You’re Good, I’m sitting with Latino kids in South LA who were 20 years younger than me, but we’re interested in the same moment of life, the same place in the world, the same fundamental questions about family and fairness. How you feel about those things can be such a powerful form of connection. That’s why I ask about feelings all the time, and I work hard to describe and honor those feelings.

For this book, you intentionally picked students from very different backgrounds in terms of wealth, race, and family background. Can shared feelings really be a way of bridging such huge divides?

But when you can find quiet spaces where people can just talk about how they’re experiencing joy, what brings them joy, or how they’ve gone through heartbreak and what caused it, you can find common experience, common humanity in those feelings.

What are some of the major turning points in your life, the moments when your path shifted in some profound way?

I get a little self-conscious talking about my unremarkable and sheltered life. But when I reflect back, the turning points are always people. I don’t know what algorithm paired me with Robert Peace as a roommate, but being his friend was formative. And I’m not talking about the book or anything that happened later—just having Rob as a friend changed my life.

A few years ago, a friend of my college girlfriend asked me if I would talk to a book club in south Los Angeles, and through a series of conversations and connections that turned into years of writing Show Them You’re Good.

The big turning points—not just work, but life stuff—happened because of the people whose paths I’ve crossed. It’s relationships that change you.

An Investment in Latino Opportunity