Twenty-one million Americans live without reliable high-speed internet, which creates barriers to opportunity and advancement, especially for students. An intense push to bring broadband into those homes would have far-ranging benefits, particularly in rural communities.

That was the assessment of two former governors, Bev Perdue of North Carolina and Bob Wise of West Virginia, who participated in a conversation hosted by the Hunt Institute on August 13.

During the webinar, Perdue and Wise pointed to overwhelming public support for extending internet access for students. But investing in extending broadband into rural areas would also pay off for millions of other Americans.

“It’s not just for education; it’s for the economy,” Perdue argued. “Businesses cannot thrive in this kind of climate without infrastructure.” And remote workers can’t choose to live in rural communities if they don’t have a reliable connection to their employer. 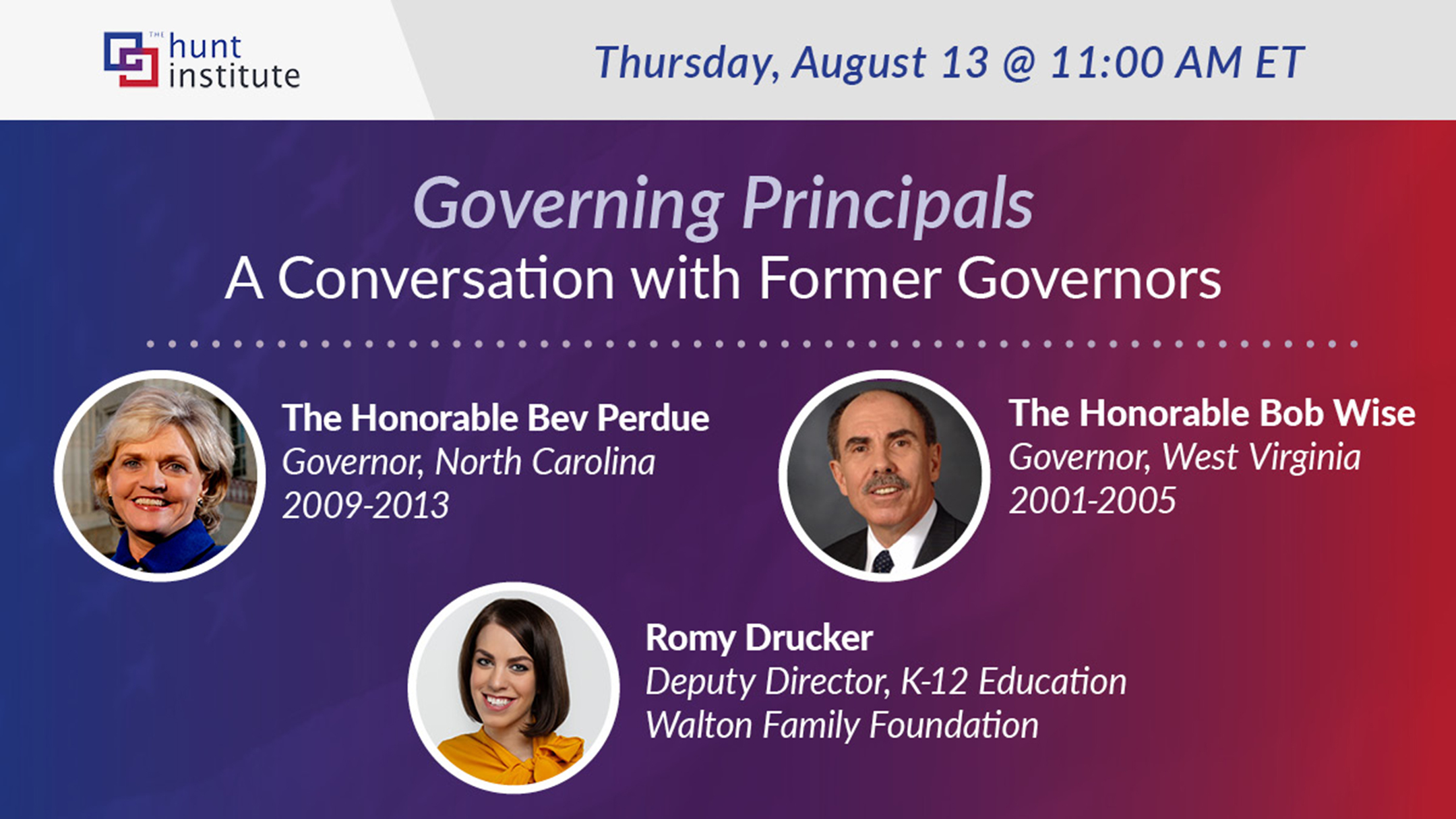 Perdue pointed to the major investment in the Rural Electrification Administration during the Great Depression as a model for spreading vital services to every part of the country. “I’m from the rural part of North Carolina,” she said. “I’ve heard stories about the Rural Electric Authority way back when, in the ‘30s. It’s time, in the 21st century, that we do the same thing. We’ve got to urge and beg and plead and maybe mandate that our elected leaders … lay down access to connectivity and technology.”

Wise agreed, saying it will take a partnership between the federal government, the states, and private industry to fix the nation’s “broadband deserts.” It’s a model that allowed for past expansions of vital infrastructure, like building the railroads, electrical grids, and the interstate highway system.

He argued that in the context of the trillions of dollars that the federal government is already allocating to coronavirus relief, adding the necessary investments in broadband infrastructure amounts to “budget dust.”

“This is an investment in the future of the country,” he said. “Economic growth only happens when our workforce becomes more productive.”

Both North Carolina and West Virginia have large rural populations, and both former governors spoke about the possibility that many rural residents without reliable broadband connections could be left behind as the economy increasingly moves online. The urgency to close that gap has only grown during the pandemic, as core functions of the economy—from retail sales to health care—have rapidly become online experiences.

“This is about more than education,” Wise said. “It’s about the basic services we all depend on.”

Still, education is a crucial component of the conversation—and students are among the most vulnerable populations when it comes to lack of high-speed access. A 2020 study by Common Sense Media estimates that up to 16 million students in America lack the devices or internet access they need to complete schoolwork. And a 2019 Purdue University study found that more than a quarter of rural households couldn’t access high-speed internet.

Even when schools are able to resume in-person instruction, both governors said they expect some level of online instruction to become part of the new normal of education. Students, families, and teachers will need the tools to simply have the chance to adapt to remote learning and be part of the conversation about how to use personalization and digital resources to improve the classroom experience.

Wise pointed out that students across the world are engaged in some version of online or hybrid learning, and that all of the experimentation happening in response to the pandemic was likely to produce new ideas that could benefit American students.

“Every country and culture and type of region is going through the same thing at the same time,” he said. “What has been shown to work? What kind of research on the science of learning do we need to be doing to advance students in the covid age? Normal was never good enough. I’m interested in how we improve.”

Perdue added that millions of parents have now had the experience of trying to teach their kids at home, and teachers have been trying to balance their own obligations as both parents and teachers. That grueling balancing act should produce a renewed appreciation for all the roles that schools fulfill—and help focus attention on the social and psychological benefits of the school community, in addition to the learning process, and academics in general.

“It’s much more than a place you go to learn,” Perdue said. “I dream of the day we can have some normality in our schools.”