In the years after World War II, an English math lover became the first woman to program a commercial computer—and helped carve a path forward for technology

The last two years hastened the next evolutionary step of the white-collar office job. Dim clerical experiences of Dickensian London gave way to the modernist and efficient mid-century office, which begat the computer-dominated cubicle farms and later open-plan workspaces that dominated until 2020, when remote work went from the exception to the rule.

The start of the covid-19 pandemic changed how we viewed the workplace. In a similar way, it was English food and hospitality chain J. Lyons & Co. that opened the door to the digital office when, in 1953, it began using a computer to handle accounting, stock and cost control, statistics, and payroll tasks.

The Lyons Electronic Office (LEO) I was the first commercial computer designed for office work—and it wouldn’t have succeeded without Mary Coombs.

Coombs, who, at 93, died on February 28 following a covid-19 infection, holds a unique claim to fame. “It’s said that I’m the first female commercial computer programmer,” Coombs said in 2013. “It’s really rather nice to feel a pioneer, but then I was feeling something of a pioneer anyhow being so early into programming computers.” 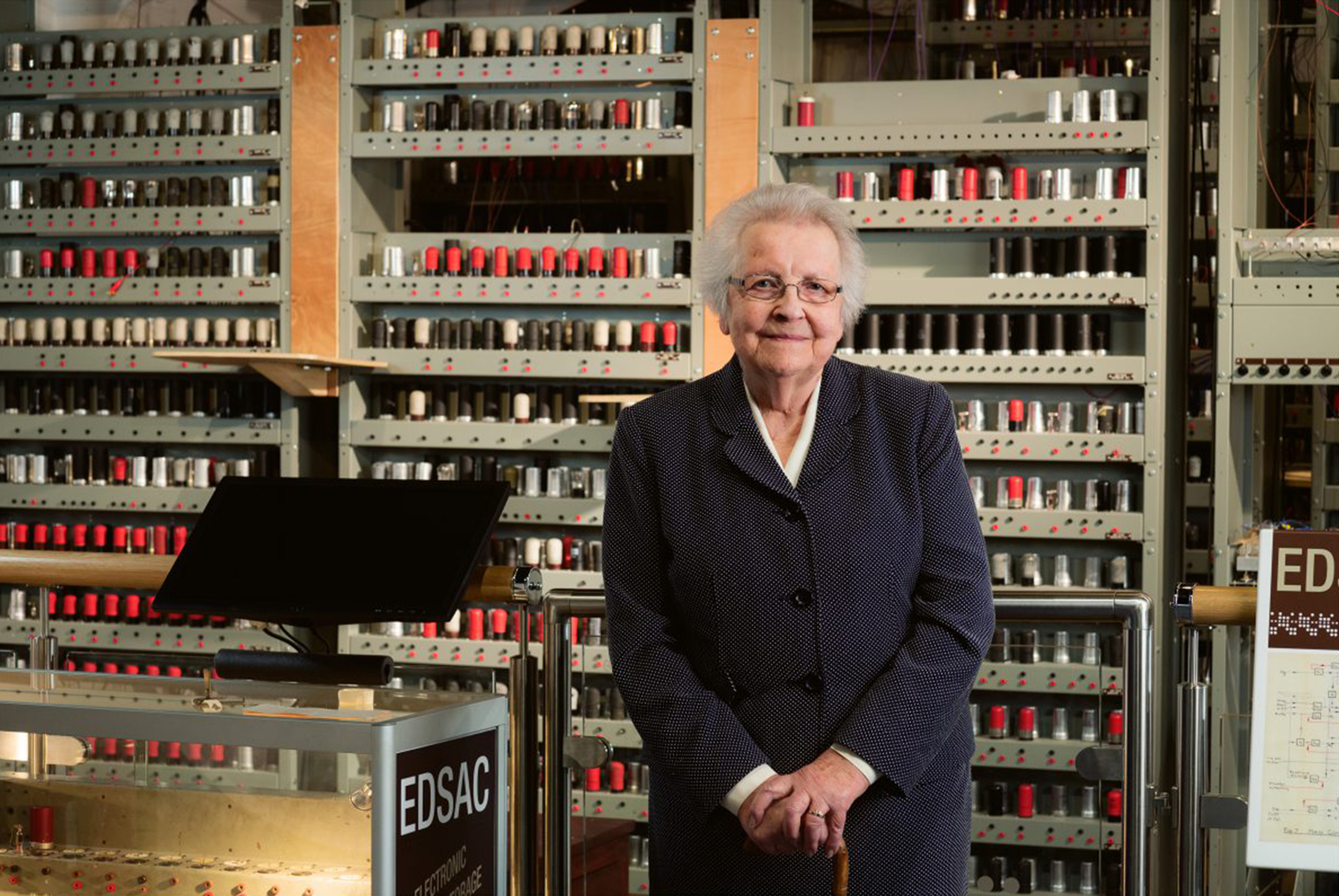 Mary Coombs at the National Museum of Computing in 2017, standing in front of a recreated EDSAC computer.

Born Mary Blood on February 4, 1929, in London, she was a shy student who, by her own admission, “didn’t stand out.” In high school she loved and excelled in math, but studied French and history at Queen Mary’s College. After graduating, in 1952, Blood went to Switzerland, and taught English for a summer. When she returned to London, she took what she thought was a temporary job with Lyons, where her father was a medical officer. She worked in the ice cream sales office, enjoyed it, and became a management trainee in the statistical office.

At this time, John Simmons, a Lyons manager, convinced the company’s board to go in on a computer. During World War II, room-sized machines like the University of Pennsylvania's Electronic Numerical Integrator and Computer (ENIAC) aided the war effort and completed other scientific tasks. As the future of computing took shape after the war, Simmons thought one way they could be used was to help manage numbers-oriented statistical tasks. Lyons’ entry into the computing game came by funding the in-development Electronic Delay Storage Automatic Calculator (EDSAC) at Cambridge University and building its own version for commercial use: the Lyons Electronic Office.

To find LEO programmers, Lyons created a week-long “computer appreciation course.” Ten employees joined the program, including Blood, drawn to the math-like nature of the work. She was the only woman—and one of two people offered a job working on the LEO I. Like so many other women computer science pioneers, Coombs was the right person in the right place at the right time.

“It was valves and mercury delay tubes,” Coombs said in a 2019 oral history. (She married John Coombs, a LEO coworker, in 1955.) “We learnt about binary, we learnt about how the actual computer was organized, we learnt about what were known as the initial orders, which were the instructions which we used to take everything in and set it up on the computer. There were some things that you couldn’t at that stage do. You could add and subtract and multiply.”

The computer also only had 2 KB of memory, which complicated Coombs’ work on payroll and statistical operations. As she remembered in 2013, working with the machine’s limitations to create programs that would actually work was a challenge. “I remember we spent one very long session trying to find an intermittent error,” she said. “Eventually it was found—it was interference from the manager’s lift, which wasn’t very far from where the computer was.” 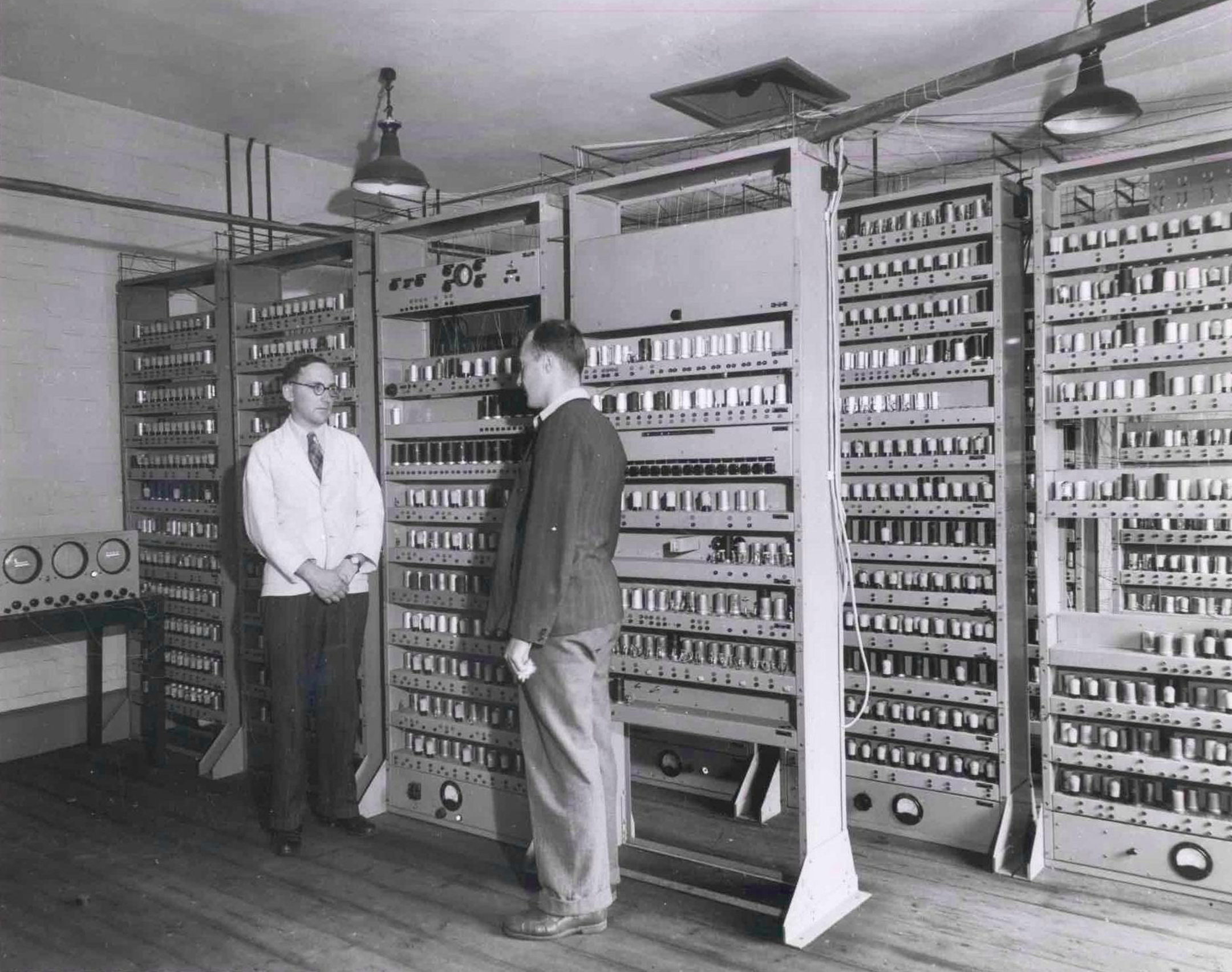 Maurice Wilkes and Bill Renwick in front of the complete EDSAC.

Thanks to Coombs and Frank Land, the other programmer hired to work on the machine, the LEO was up and fully functional in late 1953. It worked so well that, a year later, Lyons created Leo Computers Ltd. to sell future models to other commercial organizations. The automation of work—and the digitization of the office—was on.

In 1955, Coombs married, and, in 1961, had a daughter, Anne, who died of pneumonia at the age of six. (The Coombs’ later adopted three children.) She worked as a programmer until 1963 and trained and supervised other programmers, including a group of 15 that worked with British Oxygen Company. She worked part-time for the company until 1969, editing computing manuals at home.

Coombs’ career also included teaching primary school and working as a buyer for a water treatment company. But it’s her work on the LEO, the development of commercial computing, and her legacy as a pioneering programmer that will continue to resonate—even if that seemed unlikely in the early 1950s. “I doubt if any of us anticipated just how far computers would go,” Coombs said.

They wouldn’t have gone as far without her.