‘Minecraft’ in the Classroom: A User’s Guide

What do most students want to do when they get home (or even while at school) instead of their homework? For many kids, the answer is fire up their PlayStation or Xbox or Nintendo Switch. And anyone who has heard horror stories of students nursing addictions to games like Fortnite, Overwatch, Call of Duty, or Red Dead Redemption 2 may be hesitant to encourage playing video games, let alone bring them into your classroom.

But Minecraft is different.

Minecraft is a Swedish “sandbox” video game developed in 2011 and purchased by Microsoft in 2014. Sandbox games drop players in a complex digital space that they can interact with, affecting what looks like a natural environment and communicating with other human avatars, which are controlled by other players. In the beginning, you can chop down trees, dig for natural resources, build yourself a home, and capture and raise animals. As you spend more time in the game, you learn how to run electrical currents, build underground cities, and erect King’s Landing in its entirety.

Rather than passive escapism, Minecraft encourages collaboration and attention to detail. It’s also crafted to aid educators in importing all kinds of subject matter to connect with students beyond the textbook (and where many of them are already). Indeed, Minecraft has made its way into some classrooms around the country.

For any teacher considering adding it to their curricula—and any student who wants to make a case for adding the game to the class—here are seven benefits to teaching Minecraft. (And no, playing with digital sheep doesn’t count, though it’s admittedly very fun.) 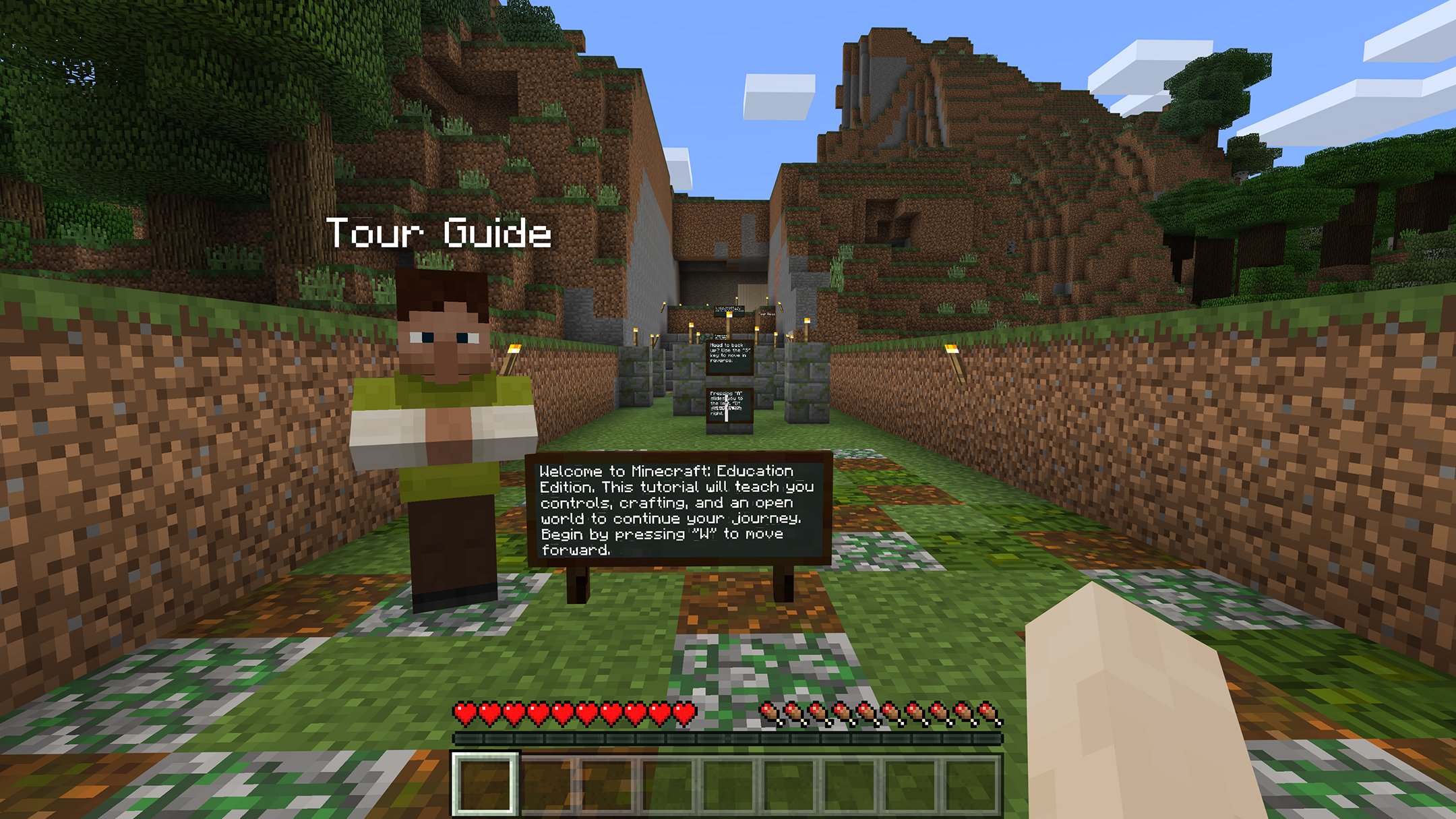 You’re not starting from scratch

Incorporating Minecraft into your lesson plan isn’t a journey into the digital unknown. In fact, Minecraft is such a well-established tool for educators that Mojang, the game’s distributor, has a robust online resource hub for teachers. The company says Minecraft is well attuned to teaching subjects as diverse as “history, chemistry, sustainability, and foreign languages,” and it has published lesson plans and boosts for teachers looking to get started.

To aid in early experimentation, Minecraft offers student access to precreated worlds. Some are replicas of actual areas around the globe, from underwater coral reefs to specific neighborhoods in Paris, while others are sets from films like Wes Anderson’s Fantastic Mr. Fox. Wherever students are placed on a Minecraft server, they can learn the mechanics of the game by exploring digital worlds. Eventually, with guidance and Minecraft’s many published guides, students will be hungry to create their own digital spaces. And that’s when the real fun begins.

Unlike titles that ease players into gameplay with play-along tutorial segments, Minecraft starts with a sink-or-swim scenario. It drops players off in a forest (most of the time), and before the sun sets they must build a shelter and gather vital resources. Self-reliance is an important lesson for young students, and Minecraft allows them to try out actions, make mistakes, and come back to complex problems having learned from their missteps. They harvest materials from the natural world, take them home to their self-built shelters, and tinker around with the items they’ve collected. Once they discover that adding certain elements together and exposing them to heat, cold, or friction will allow them to create new objects, students will excitedly share their findings with each other. In this way, the game is far more focused on exploration and experimentation than combat or mindless task-fulfillment. 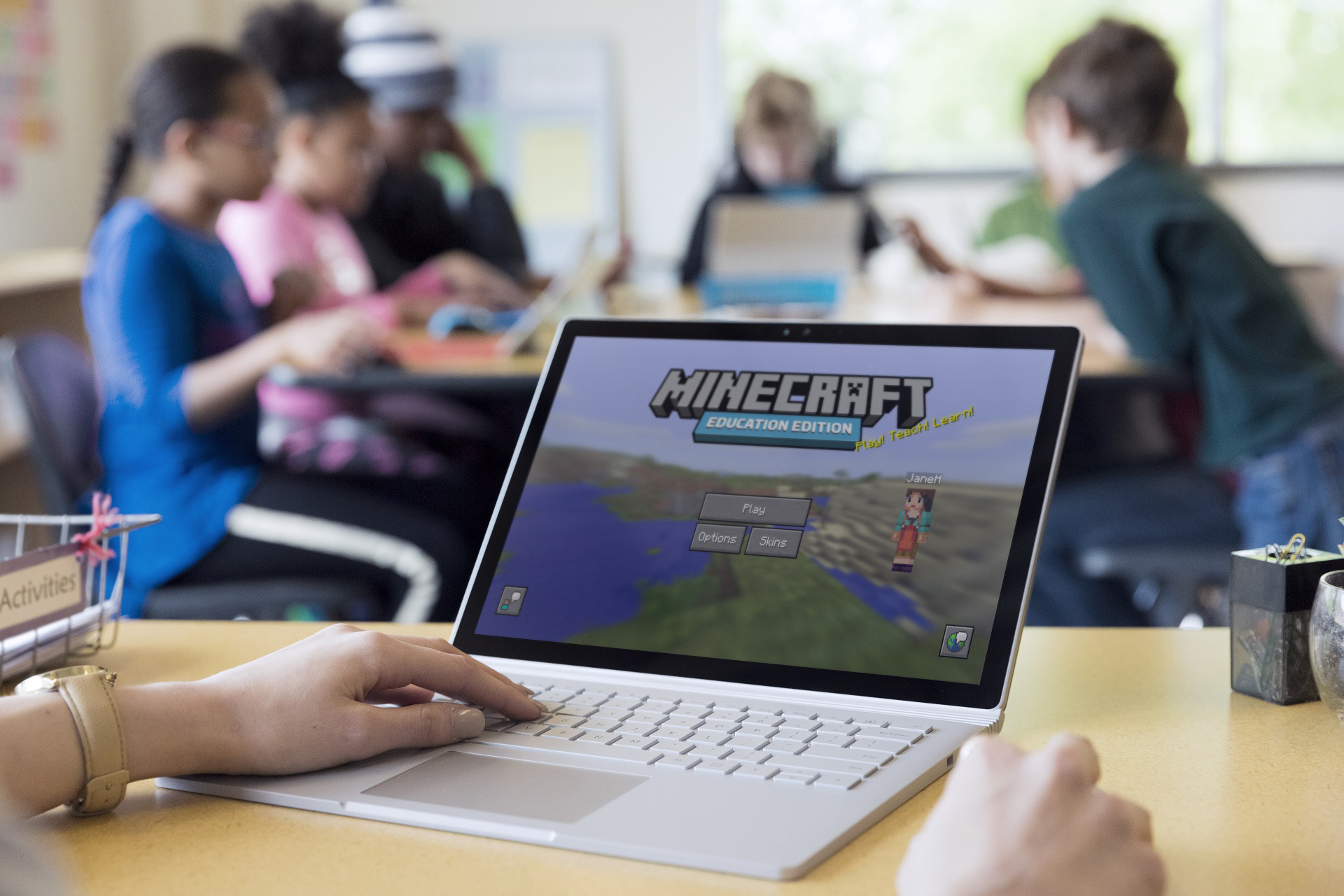 If a player works hard for hours on building their digital home, personalizing their items, and caring for livestock they’ve captured and domesticated, they’ll naturally begin to feel ownership over their little corner of the Minecraft world. But if players take a criminal route and start pillaging others’ places, they leave themselves open to a response from the digital community. Educators may find students will band together and create rules for their digital society, which is an opportunity to discuss civics, government structure, and even ethical quandaries.

Allowing students to experience conflict in a healthy, digitally bound manner will often lead to compromises that allow them to protect their work on the server. Sharing a single digital world will remind students—no matter how old they are—to treasure certain elements of human interaction, like sharing, collaboration, and making space for their differences. 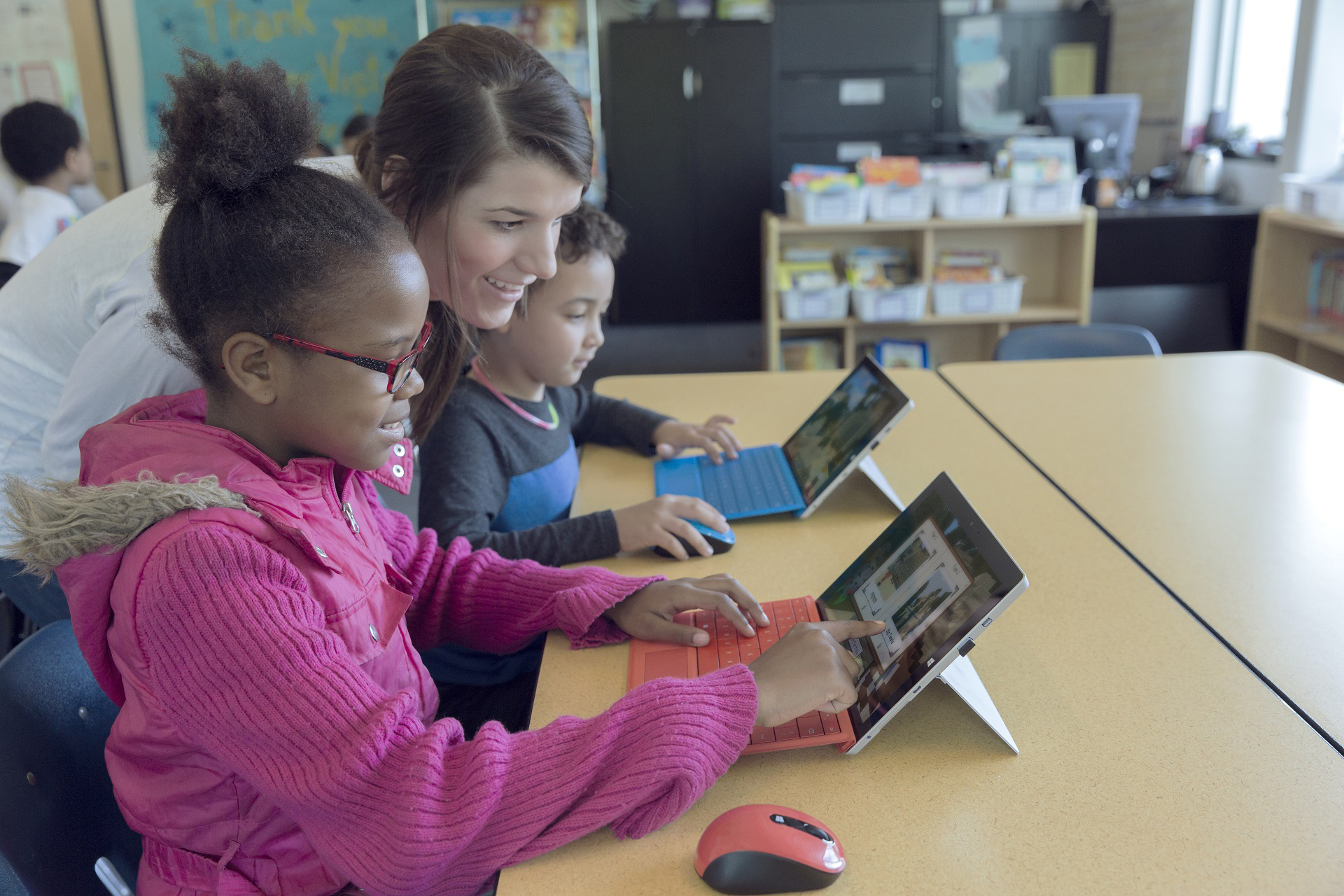 Minecraft is the antithesis to popular “battle royale” games like Fortnite. Rarely are players tasked with surviving the elements all alone, and gameplay is way more fun if they’re able to pool resources, travel across the digital landscape together, and barter for goods and information. If one student builds her home on top of a diamond mine, she may find that other students are willing to trade the natural resources their homes have allowed them to access—important dyes, horses, sheep, access to waterways—for the precious gemstone.

Students will only get so far trying to live out destructive lives of digital crime. If they’re unable to visit others in their homes or borrow mining and crafting knowledge, they’ll find themselves quickly left out in the digital cold. Communicating with peers online is a skill students need more and more in their everyday lives—to say nothing of the academic and professional worlds—and Minecraft can be a fast track to quality digital literacy.

There’s increasing understanding among educators, parents, and students that success in the workforce will one day require basic coding skills—or, at least, a working knowledge of how code works—and Minecraft is an exceptional tool for aspiring engineers. Minecraft’s coding suite adds storylines to the coding curriculum, prompting students to help villages put out fires, build bridges, and train animals by programming the correct solutions. 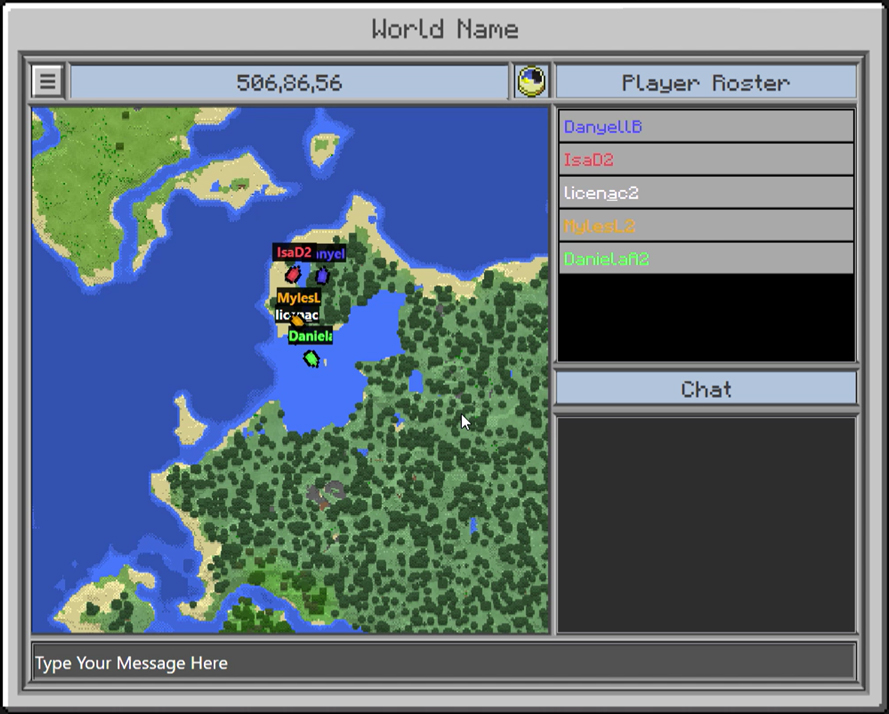 Students will work to earn time on their server

The role of the computer in the classroom has changed since it was first introduced in the 1980s and ‘90s. Back then, students spent lab time learning BASIC or Logo coding languages, being introduced to Microsoft Office, or honing their typing skills to not die of dysentery playing Oregon Trail. Minecraft innovates by combining video games’ rush of dopamine delivery with a real opportunity to learn several different digital skills—and teachers can wield Minecraft as a rare multitool. It’s an activity students will benefit from in myriad ways, but they’ll also ask to play.

Because Minecraft allows students to chat with each other verbally or in text-based forums, and because the game can be made accessible through assistive technology to kids with different levels of motor control, a diverse player base can get the full experience. The game’s servers are a great place for students with behavioral challenges, mental health concerns, or social anxiety to practice engaging with peers in a setting that doesn’t feel as pressurized as, say, the cafeteria or a school dance. By living behind a digital avatar, students will discover a kind of expressive freedom in Minecraft. In a world where knowledge, diligence, and openness to community determine success, the litany of challenges that plague many students in their real lives will fade into the background.

A User’s Guide to Classroom Podcasting