Mod Squads, Hacking DNA, and Sounds of Sounds: Five Things That Made Us Smarter This Week

From turning down the heat of hot-take culture to how the Hollywood sausage gets made, we learned a lot over the last seven days 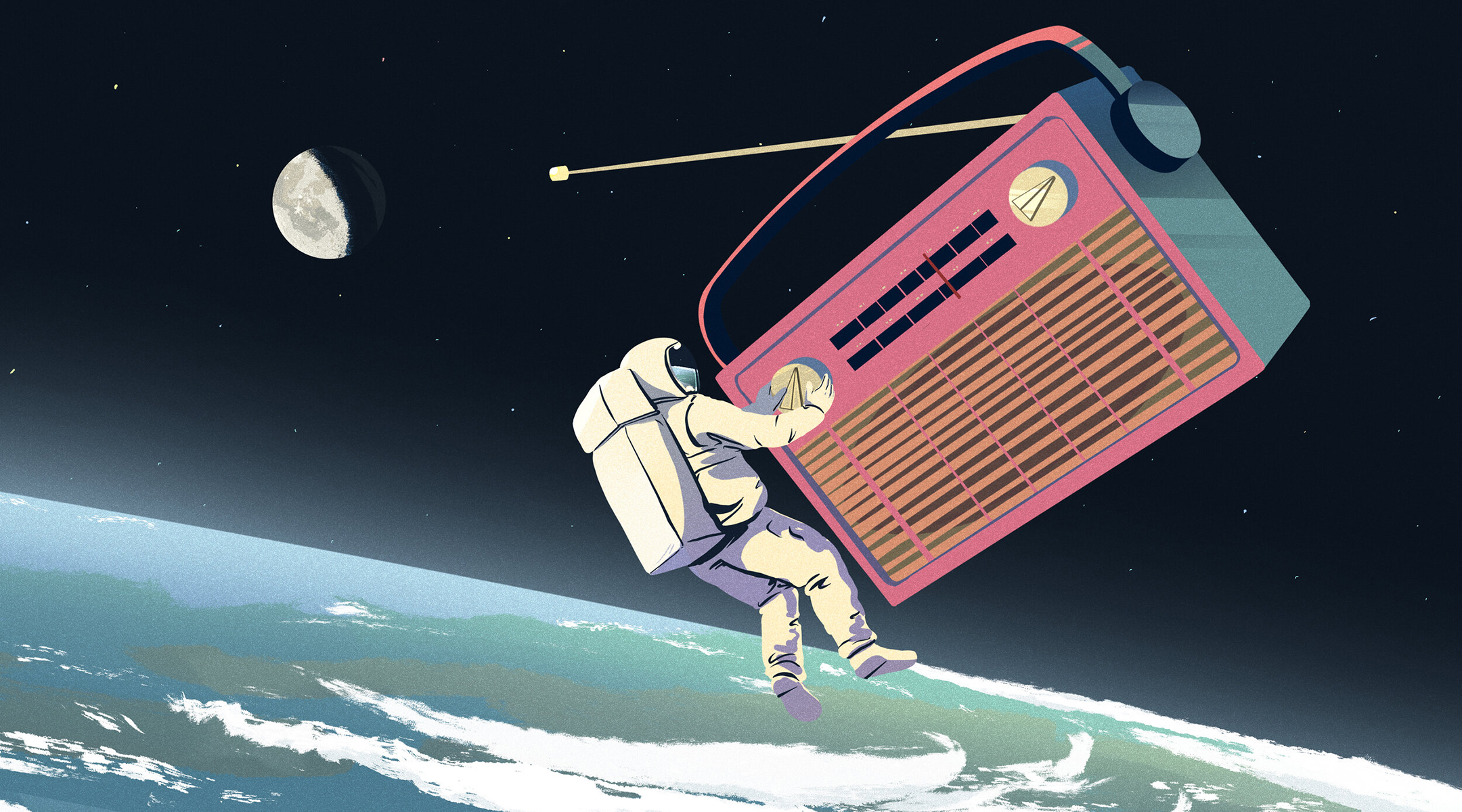 We might be able to tune into the Big Frequency, but that doesn't mean we can't develop a better appreciation for the soundscapes that surround us everyday.

It’s no secret that the world is awash in podcasts—especially about politics, true crime, news, and celebrity. And, look, I listen to a lot of them. Which is why my ears perk up when I find one that’s both unexpected and, most importantly, good. Twenty Thousand Hertz hits both notes, and then some. Hosted by Dallas Taylor, Creative Director of Defacto Sound, which also produces the show, Twenty Thousand Hertz tells the “stories behind the world's most recognizable and interesting sounds.” It’s first episode, posted on October 31, 2016, focused on the voice of Siri, Apple’s personal assistant. The latest, number 118, is about the Twentieth Century Fox fanfare. In between are deep dives into birdsong, the THX deep note, Voyager’s golden record, the McDonald's jingle, sound extinction, and (be still my ears!) the Seinfeld theme. Besides how expertly reported and constructed the episodes are, what makes it highly listenable is its accessibility. A podcast about sounds made by people who make their livings working with sound could very easily be a naval-gazing nerdout. Instead, it’s an open invite to everyone to nerd out on our fascinatingly complex and resonant (and increasingly saturated) world of sound. Plus, many of Twenty Thousand Hertz’s early episodes are sponsored by Ohio—as in the state of—which just makes the show so much more endearing —Dante A. Ciampaglia 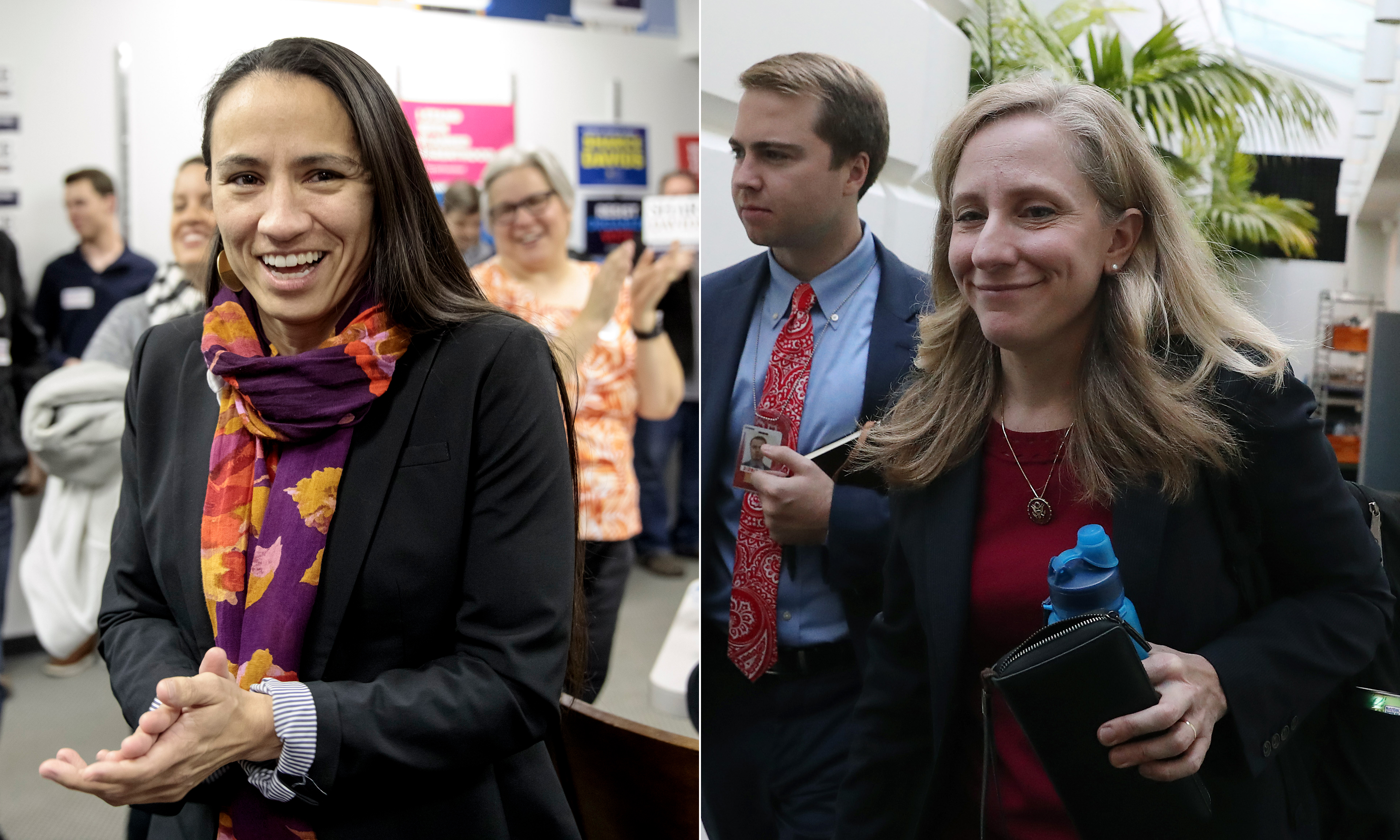 Sharice Davids (left), greeted by supporters during a rally at a field office on November 5, 2018; Abigail Spanberger (right) leaving a meeting with the House Democratic caucus on on September 25, 2019.

Meet You in the Middle

When so much of the conversational oxygen is sucked up by clickbait and hot takes, our attention tends to gravitate toward the simplest soundbites and most intense performances. Which means moderates don’t get a lot of airtime; in fact, the word “moderate” has become a synonym for boring. But after reading this great piece published by Persuasion, profiling Congress’ new “Mod Squad,” you’ll think differently.

Who’s in this Mod Squad? Rep. Sharice Davids, for one. I’ve known Davids since her time as a White House Fellow, and I love her backstory. A member of the Ho-Chunk Nation from Kansas’s 3rd District, her mom was an Army drill sergeant, and Davids worked at a Sonic Drive-In, went to community college en route to law school, spent some time as a professional MMA fighter, then did a stint in reality TV before turning to politics. Her superpower in Congress? She actually reads the bills and listens to her colleagues. Meanwhile, Rep. Abigail Spanberger is a former undercover CIA officer who now spends her days as vice chair of the aptly named Problem Solvers Caucus, the people in Congress who are willing to work across party lines to get things done. According to Persuasion, she has a “low threshold for nonsense,” but a high threshold for negotiation. “The ‘How can we get to yes?’ conversation is not one that every lawmaker likes to have,” she said. “When other people want to walk away from the table, find reasons to bring people back.” That’s what leadership in a big, diverse democracy has to be about—finding reasons to come back to the table, to keep listening and working. Maybe the center will hold after all. —Stefanie Sanford 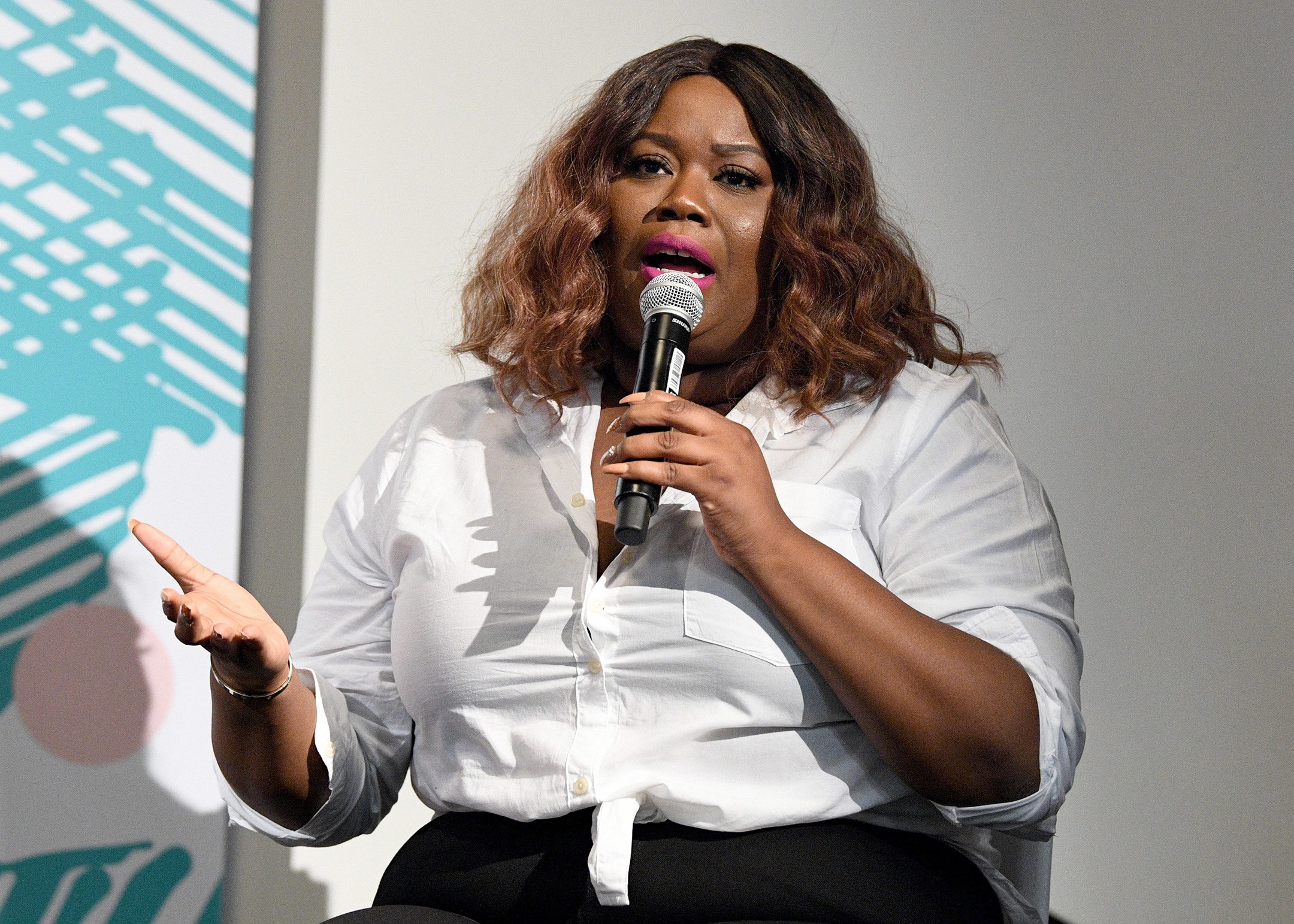 A teacher playing Two Truths and a Lie with a class of high schoolers sounds like a setup for disaster. A teacher doing it the first time they walk into the classroom just increases the chances of things going off the rails. And they’re doing it to talk about the fraught topic of guns and trauma? I can’t look…. But for Shaina Harrison, an advocate with New Yorkers Against Gun Violence, the tactic works brilliantly. “When the class began, most of the students were in one of two modes: poker-faced and shut down, or in groups of several kids locked on to one another with that kind of teen-age telepathy in which the slightest raised eyebrow can produce screams of laughter,” writes Ian Frazier in this week’s New Yorker. “By the end, they were like citizens of the classroom.”

The article is about the delicate, difficult work of violence interrupters—community educators working to end the cycle of shootings that cause so much trauma in many American cities. The detailed look at how Harrison gets kids to open up—“I’m Instagram famous,” she tells students at one point, accurately—is a fantastic lesson in the art of connection that drives all good teaching. “Between periods, the corridors filled up and feet thundered in the stairwells. Lots of kids knew Harrison from previous classes. She received hugs and greetings in the corridors; she always remembers names. Over the years, she has kept in touch with hundreds of kids, and she gets calls at all hours from those who need to talk or just want to say hi.” We think of teaching as an academic profession; the act of passing along knowledge about a defined subject. What shines through in Frazier’s article is teaching as a way to demonstrate care—to fundamentally shift the way students think about themselves and the world. It’s teaching as a way to literally save lives. —Eric Johnson 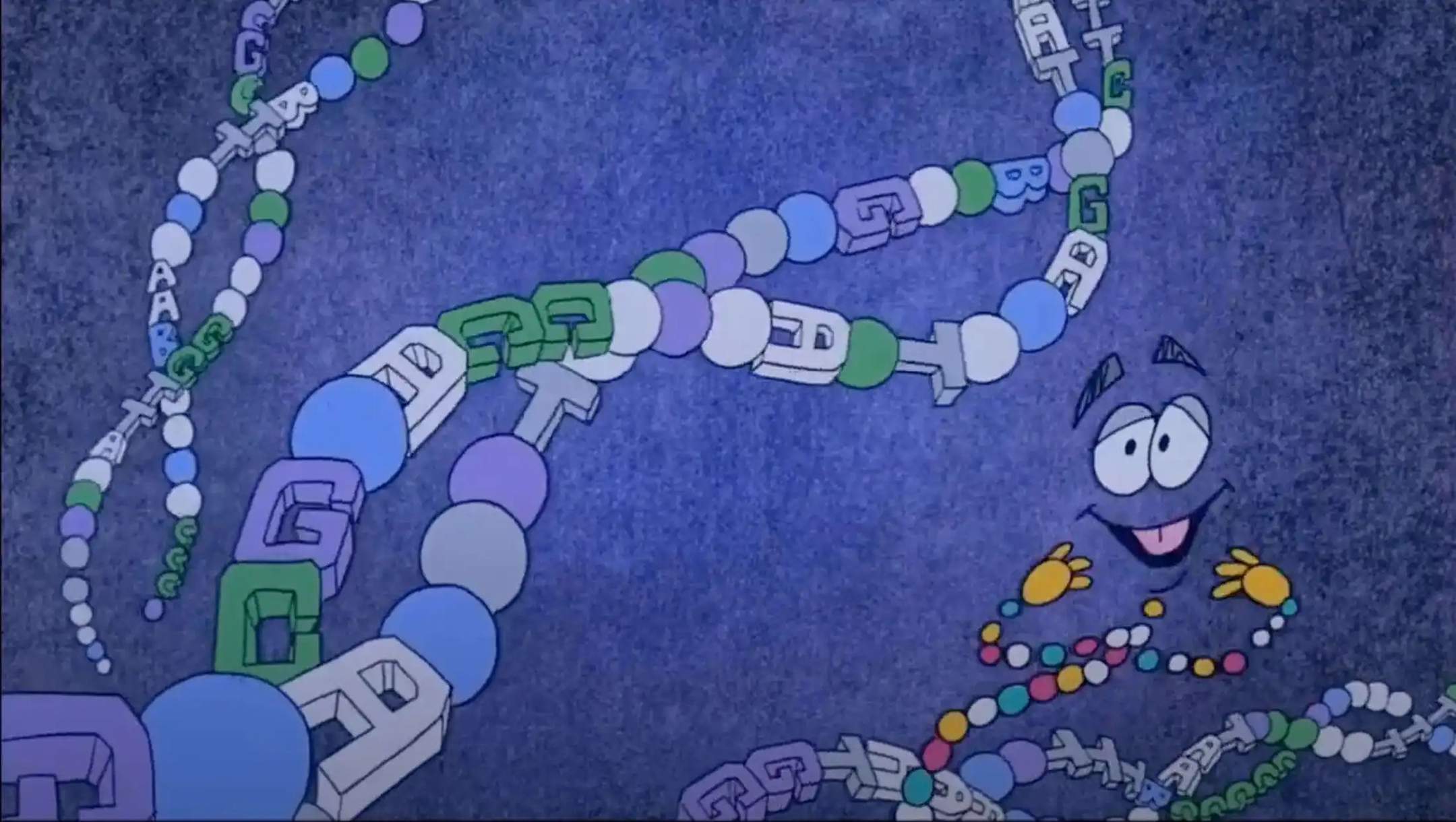 I still vividly remember the debate in my seventh grade science class about “designer babies.” This was back in the late ‘90s, when the Human Genome Project was well underway and public awareness about genetic engineering was still murky. Scientists were just starting to grapple with the idea we might one day be able to tinker with our own genetic code, and public reactions ranged from eager fascination to outright horror. The ethical reasoning of my fellow middle schoolers was equally broad, with some arguing that humans had no business playing God while one enterprising student held that designer babies should not only be allowed but ought to come with receipts in the event parents didn’t get the genetic traits they ordered and wanted a refund. (That kid probably works in the tech industry now.)

I flashed back to that classroom discussion when my dad sent me this short article about scientists at the Venter Institute creating a synthetic cell using computer-designed DNA. It’s the simplest living organism in the known world, and they’ve been messing around with it by adding and subtracting genes to see what happens. This is stuff that would have sounded like pure science fiction to my seventh grade teacher, and yet here it is, all of two decades later. “Reminds me of children playing with a chemistry set,” Dad wrote in his email, pointing to this part of the article: “If removing a gene disrupted the normal process, they'd put it back and try another. Of the seven genes added to this organism for normal cell division, scientists know what only two of them do.” In other words, our prowess at tinkering with the building blocks of life has rapidly outpaced our understanding of the implications. It really is impossible to imagine the ethical quandaries seventh graders will be debating in the next 20 years. —Eric Johnson 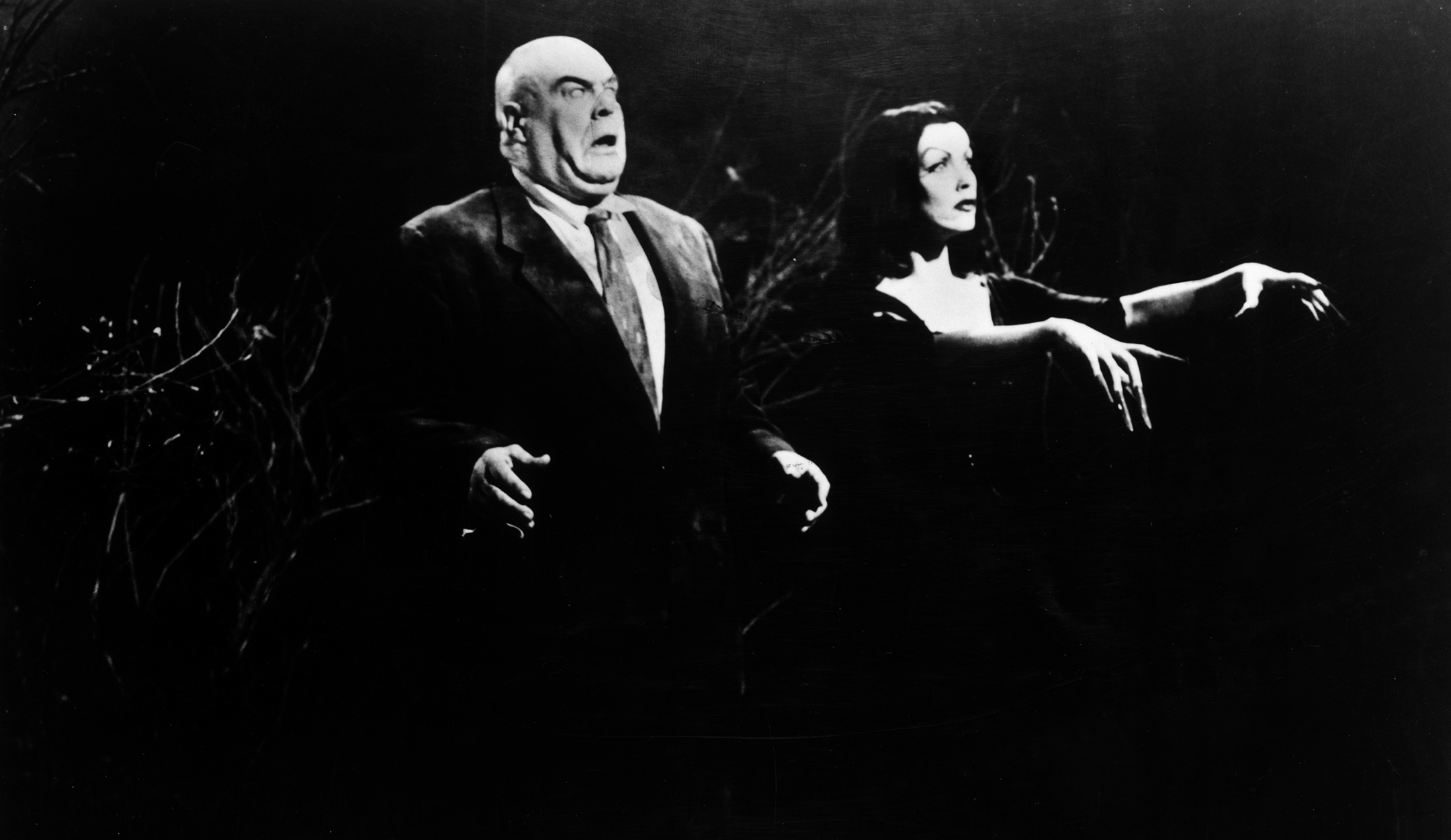 Is this a scene from Plan 9 From Outer Space or the latest direct-to-stream Steven Segal opus? Who can say!

When it comes to watching movies, I love deep, thought-provoking work that expands both my worldview and what’s possible in terms of cinematic storytelling—something directed by Martin Scorsese, for instance, or Spike Lee or Christopher Nolan or Joan Micklen Silver. But sometimes I just want a greasy cheeseburger and will plan a Saturday around seeing, say, Escape Plan (Stallone and Schwarzenegger!) or Righteous Kill (Pacino and De Niro!). Are they good? No way! Do they appeal to my inner 13-year-old? Naturally! Do they scratch a certain itch? Absolutely! Bad movies can be so incredibly good, and there’s a magnificent Hollywood tradition—from Edward D. Wood Jr. to Cannon Films—of B-, C-, and D-movies littering grindhouse theaters, Blockbuster stores, DVD shelves, and now streaming services. But the easier it gets to make them, the worse the movies get—and the sketchier the people behind the scenes. (Again, another great Hollywood tradition!) Joshua Hunt’s feature in the new issue of New York magazine, the brilliantly titled “King of the Geezer Teasers,” digs into the latest batch of basement-dwelling trash—vehicles for Bruce Willis, Steven Segal, Robert De Niro, and a sundry assortment of washed up action stars—and the impresario of this empire of schlock, Randall Emmett. “There’s a crude, blunt brilliance to Emmett’s filmmaking formula,” Hunt writes. “Accept money from just about anyone willing to hand it over, offer vast sums of it to an aging star for a day or two of work, then leverage that actor’s name to presell the movie in foreign markets.” The piece is a masterclass in opening the books on a less glamorous-yet-more-ubiquitous side of the Dream Factory (Hollywood has been, is, and will always be a really scummy business), and it’s a must-read for anyone who loves watching movies. It also has my hands-down favorite description of one of these on-the-margins slingers of cinematic trash, which originated in the LA Times but why quibble: “If you throw Randy out the door, he comes in the window. If you throw him from the window, he comes down the chimney.” And that, kids, is how you build a shady movie empire built on sand and faded celebrity. —Dante A. Ciampaglia

In Our Feeds Tag Culture Tag