The enjoyment of learning can often be in tension with how learning happens, especially in school. As a high school student in New Jersey, I liked learning new things but not necessarily the monotonous rhythm of daily classroom life. And that included the the bunch of AP classes I took. As I understood them, you memorized a bunch of facts, and then regurgitated them on an exam to prove you had been listening.

The best teacher I had in high school proved how wrong that was.

Joe Coleman was my AP U.S. History II teacher in 2008, and his coursework covered the second half of our nation’s long, sordid story. It’s bizarre things about his class I remember: PowerPoint presentations with goofy transitions and clipart, lectures sprinkled with puns delivered in a deadpan voice. Mr. Coleman’s students all had the sense they were the only ones picking up on his subtle humor. “Am I crazy,” my friend Kasey once asked me, “or is Mr. Coleman funny? Like, really funny?” We started a Facebook group to catalog the funny things he’d say, and it grew to hundreds of students and alumni.

Mr. Coleman’s class was beyond enjoyable, but I didn’t know how to deal with it at first. Before it, school had been a one-way street: My teacher would explain something, and I’d simply commit it to memory. But Coleman wasn’t interested in shoving historical trivia down our throats. Instead, he challenged each of us to develop critical thinking skills and approach the status quo with skepticism. Lacing the lectures with dry humor was just one tool to get us to actively listen and engage with his class.

“I was a teacher at Northern Burlington County Regional High School for 29 years, and I taught for 6 years before Northern,” Coleman tells The Elective. “I jumped around a lot in the beginning, but I ended up focusing on American history because I found it interesting myself. The curriculum helped me understand society, and I found it enjoyable to teach it—every year, the students would discover they had direct connections to the material.” 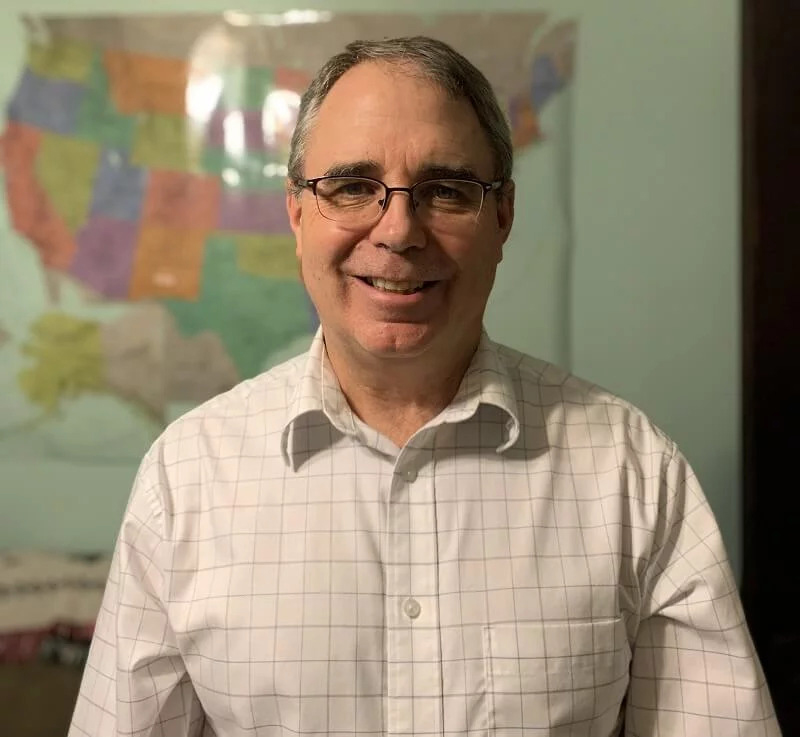 Coleman studied at an accelerated program for new AP teachers at La Salle University, just after he was promoted. He eventually became the AP department lead and oversaw the program as it doubled in size. (It makes perfect sense that he became the linchpin of my school’s AP curriculum—he was the ideal AP instructor.)

He taught using The American Pageant, an oddly sarcastic textbook that actually inspired a small online fandom. In a chapter on early American settlements, it states some colonists in Massachusetts were less pious, or, “they seemed to care more about cod than about God.” In another chapter, about the purchase of Alaska from Russia, it reads, “Americans did not feel that they could offend their great and good friend, the tsar, by hurling his walrus-covered icebergs back into his face.” But Coleman also assigned us Carl Degler’s Out of Our Past: The Forces That Shaped Modern America and Howard Zinn’s A People’s History of the United States. The latter disturbed my conservative father, which told me it was cool (and sort of punk rock) and I was thrilled to read it.

Coleman also wanted us to argue about the texts in class, which we did only after weeks of encouragement. I remember heated conversations bleeding out into the hallway, which Coleman confesses was part of his plan. “I started doing debates in the classroom because I know that high school students are very competitive,” he says. “I figured I could have them use that competitive energy to make sense of the readings for themselves.”

My high school, Northern Burlington County Regional in Columbus, New Jersey, was surrounded by acres of farmland punctuated with the occasional cluster of McMansions. It could be a homogeneous place with homogeneous ideas and homogeneous opinions. (When we held a mock 2008 election on campus, George W. Bush won by a mile, not a hanging chad in sight.) But Coleman’s classroom was an oasis of intellectual individuality. Conflict was the point, and you could make a case for whatever you wanted—provided you had evidence.

“I started out telling students that if they did well in the class, they’d have credits when they started college,” Coleman remembers. “After a while, I began saying, ‘If you take this class, you will be successful in college.’” This directive earned Coleman a reputation for challenging even the most disaffected kids into actually trying. I deeply resented prepping for AP Biology and AP Statistics—both classes I had no business taking—but Coleman’s AP U.S. History felt like a puzzle anyone could solve if they only had the confidence.

Coleman’s curriculum built to a project that students whispered about through the second semester. About a month out from the exam, between all the after-hours study sessions he led with his students, Coleman introduced a competitive trading card game he had designed. Each card featured a figure, event, object, or theme from American history, and we were all tasked with making trades in order to put together a compelling, cohesive deck. I was on a mission to put together a Badly Behaving Women deck, and I remember trying for weeks to convince my classmate Ian to hand over the card for Rachel Carson’s Silent Spring. The process was so intense I forgot the immense pressure I was under to score well on the exam. This, too, was part of the plan.

Coleman passed out pieces of mint gum before the exam, telling us that mint was proven to improve concentration. After months and months of emotional conversations, funny presentations, and card tradings, the AP U.S. History Exam felt like a party game—at least to me. I wasn’t simply regurgitating memorized facts. I was teasing out details from the complex human story Coleman had walked us through, making connections, analyzing language, and feeling empathy for other Americans. It was over before I knew it, and I earned a 5.

Coleman, who retired last year, taught me—and countless others—how to think independently, read the news with a discerning eye, and question authority. And in an ideal world, every AP teacher would approach their job the way he did.

“I got paid to teach history for 30 years,” he says, “and the greatest part was the enthusiasm of students like you, people who were continually learning.”

Immigration and the Traditions of Liberty