Holt is making the most of his second act in education after a long, consequential, sometimes classified career as an engineer. Holt grew up in Compton, California, and planned to study forestry in college before a physics class changed his mind and sent him down a path to computer engineering. Today, Holt’s students know they’re working with an experienced teacher, but most have no idea they’re learning robotics from a computer science pioneer—one of the founding fathers of microprocessing.

“They don’t even know what a microprocessor is,” Holt tells The Elective. “They’ve grown up with all this technology. It’s just part of their world.”

It wasn’t part of anyone’s world until Holt and his colleagues at Garrett AiResearch designed one of the world’s first microprocessors, earmarked for the Navy’s F-14 Tomcat fighter jet. “For the project I was on, the directive was to replace a mechanical computer with an all-electric computer,” Holt recalls. “It had so many requirements that if you used the standard electronics of the day, there was no way to do it. We had to push the technology.”

They succeeded—then couldn’t tell anyone. Holt and team’s work was classified for decades, which had the effect, as Sarah Fallon wrote in a 2020 feature for Wired, of obscuring Holt and Garrett’s accomplishment “as other engineers were awarded credit for inventing firsts.”

Today, Holt’s students in rural Mississippi get to work with a set of hardware far more advanced than the computer chips on 1970s-era jets. But convincing them to make a career of technology and engineering is still a hard sell. “It’s not an academic learning problem,” Holt insists. “It’s a problem of opportunity, of equipment and skilled teachers. Students can learn. There’s nothing wrong with the students.”

With a detailed model of an F-14 on the bookshelf behind him, Holt spoke with The Elective about the value of competition, the thrill of making a robot move, and helping small-town students see a future for themselves in science and technology. 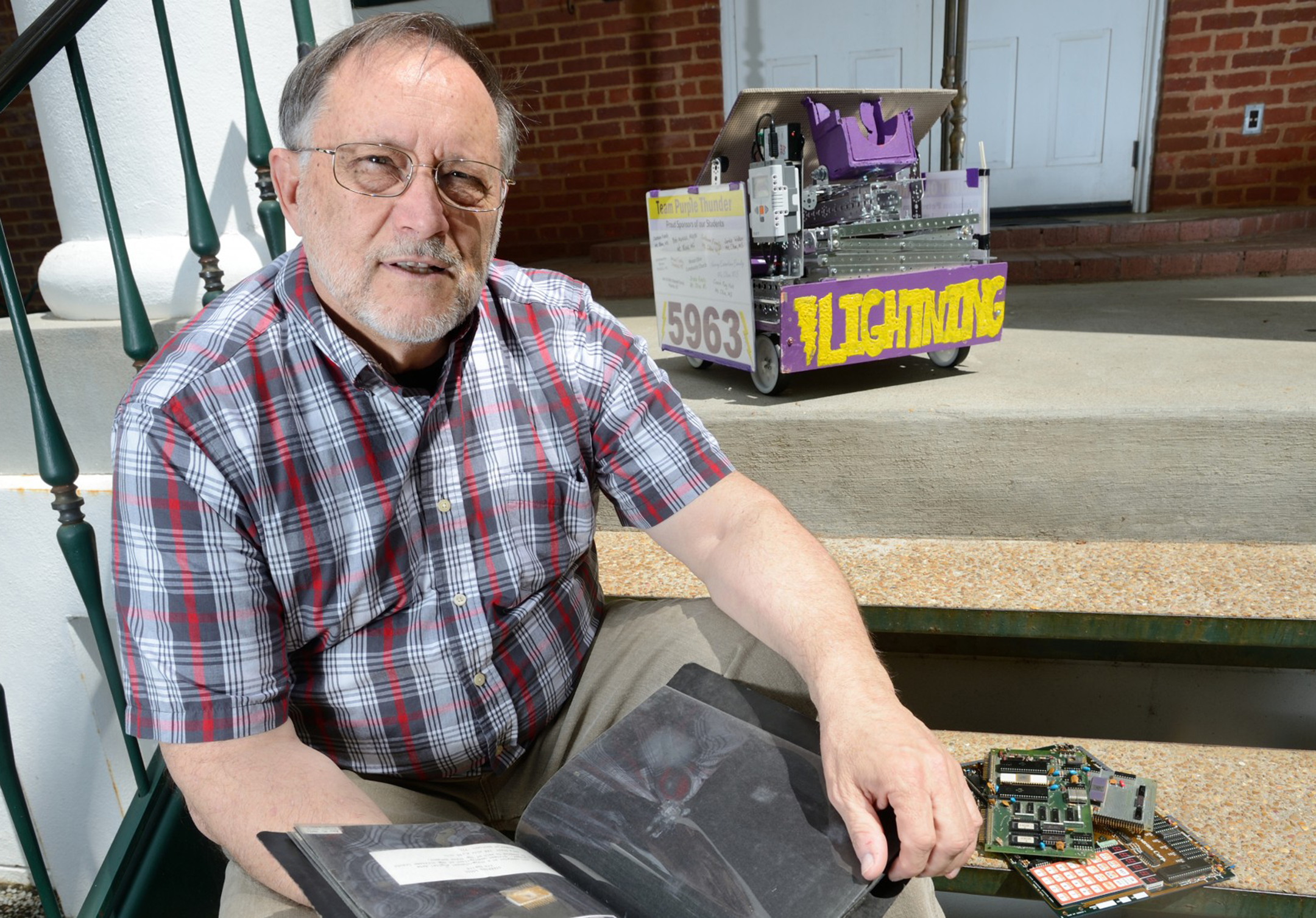 Ray Holt photographed by University of Mississippi after receiving his master's degree in education from the school.

Do the kids in your program know they’re learning from an engineering legend?

Younger students don’t care what I’ve done. It’s more the parents and teachers who are sometimes excited—they understand what it meant to build a microprocessor back then. For the kids, they’ve grown up with all this stuff. “You mean you didn’t have a cell phone when you were my age?” Well, no, of course not! But it’s just the world they live in.

I tell them, “With what you’re learning, you can write your own apps someday!” That gets their attention. They understand how to use all of the technology, but they don’t really know how it works or how they could design it from scratch. Somehow you have to get them at the level where they can actually build something. They see Google and Facebook and all these big companies, and they figure they’ll let the companies do all the work and the kids can just use the products. But I try to tell them, “Someday you can do the work—and get paid for it.”

How do you get them to that moment of discovery, to the realization that they can actually build the technology that they use every day?

It’s hard! One of the biggest things that helps is hands-on work. Put something in front of them, let them build it, let them fail, teach them how to troubleshoot.

We start with robotics kits, which take anywhere from four to 12 hours to build. They get a feel for how it’s going to work—arms are going to move and wheels are going to turn. But they don’t know how. So, then we tell them that one part of the robot is an actual computer and you’re going to give it instructions to turn the wheels. We pull it up on a computer and I show them how to program it. They download their program to the robot, push the start button, and it moves! Their mouths just drop. “Wow, I made it do that?” It’s thrilling, and they want to do more and more.

Why are you such a big fan of robotics competitions and other STEM events that put project teams head-to-head?

Competitions are really great. Almost every student I can think of that went on to college in engineering was heavy into competition. They get into the problem-solving, the solutions-based builds, and then they get to have the robot in an actual competition where they can win or lose. At that point, they’re hooked. They really own the success of that project.

Years ago, I had a group of 10 kids who placed second in the state-level robotics competition, which meant they got to go on to the international competition. So, you have these 10 kids from small-town Mississippi competing with kids from all over the world. They ended up taking 13th place in their category, which is very good at that level. 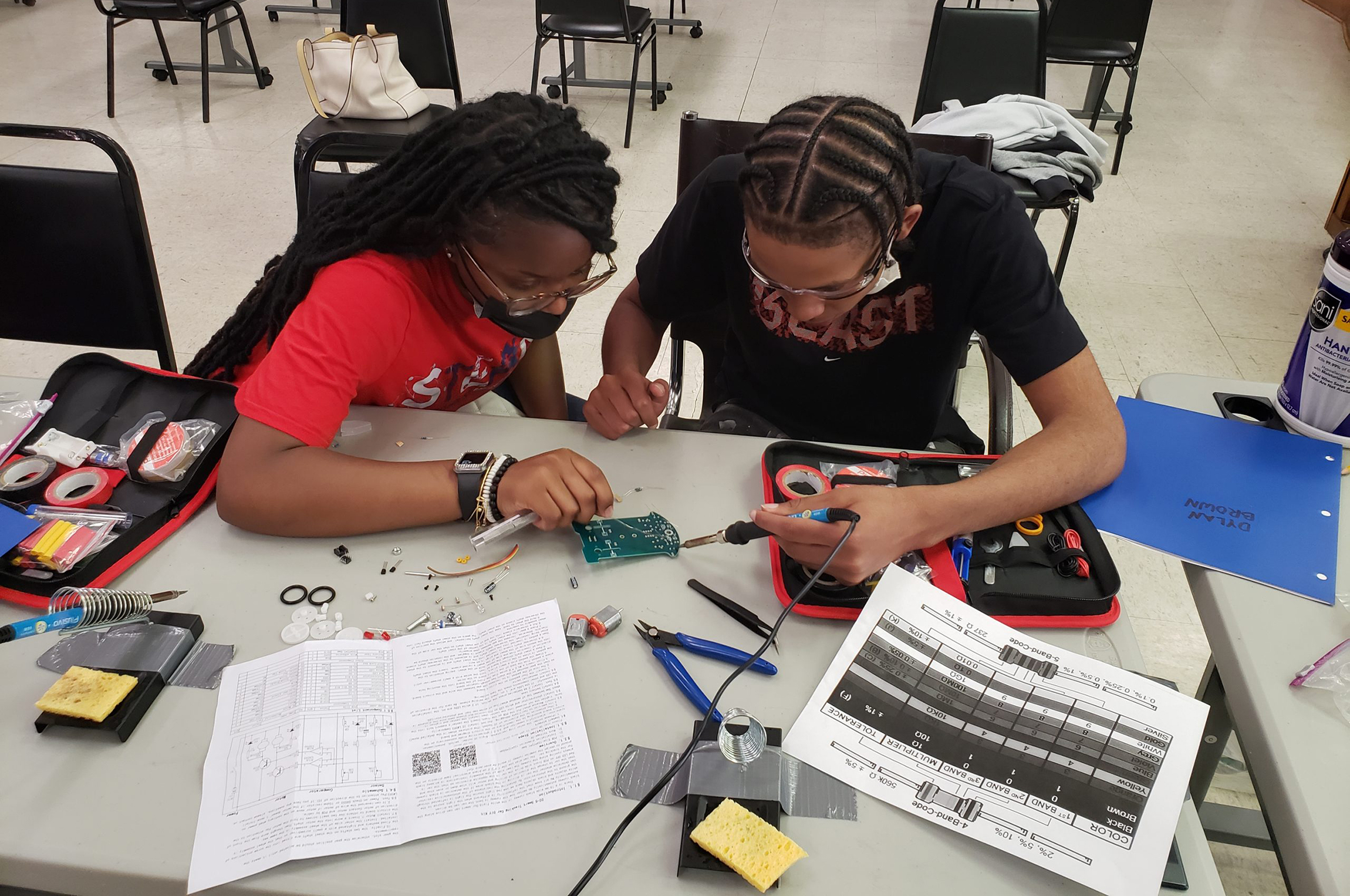 It’s not just the experience of building a successful robot and seeing that you can win against others. There are all kinds of things that go with that experience: creating project notebooks, dressing up for a big event, and participating in the marketing and the award presentations. None of these kids had done it before, but they rose to the occasion.

Eight of those 10 went to college and are all in professional careers. Two of them went into the military and are doing well. But none of them dropped out, and that’s remarkable in a community where the dropout rate is something like 25%.

I can’t say they loved every minute of it, because sometimes it was rigorous. Something didn’t work and we had to keep going until it worked. But when it was all over, they understood the whole process. Even today, they’re like a little bonded team. They stay in touch. They keep in touch with me. The whole experience just helped them become mature adults and do well.

I imagine that kind of experience is a big deal not just for the students but their families, as well.

Absolutely. You have to remember, in rural Mississippi, we’re working with a lot of kids who have never traveled outside their community. I meet students all the time in sixth or seventh grade who have never left the county. When they go to a statewide competition, they come to Jackson, and they get to see the big city. They get to travel for a few hours and then spend time with 200 or 300 kids working on the same thing they’re working on—that’s all amazing to them.

For that project team that went on to the international competition, they all were pretty good students going in, and all of them increased their skills and their grades. But a big part of it was the impact on their parents. They were just so excited that their kids succeeded at that level. They saw that their kids could succeed in the wider world.

What made you fall in love with teaching, and with teaching in rural Mississippi? You have all kinds of opportunities at this stage in your life, and you’ve devoted the last two decades to STEM education in a very challenging place. Why?

The kids. There’s enough of them that are eager to learn, and I teach them new things they normally don’t get in school. So much of the useful, hands-on stuff in life comes from classes like the ones I teach. The students are usually so excited for the STEM period or the STEM after-school program, often in ways that they aren’t excited about the rest of school. I love that.

But it’s hard. Parents are sometimes skeptical, there aren’t enough trained teachers to run programs like this in many places, and then school administrators focus on sports and extracurriculars over STEM programs. Everyone talks STEM, but it’s not a priority at all. We lose students to sports, we lose them to gymnastics, we lose them to boyfriends and girlfriends. Keeping them interested in this kind of work, showing them there’s a path to college—it’s tough. 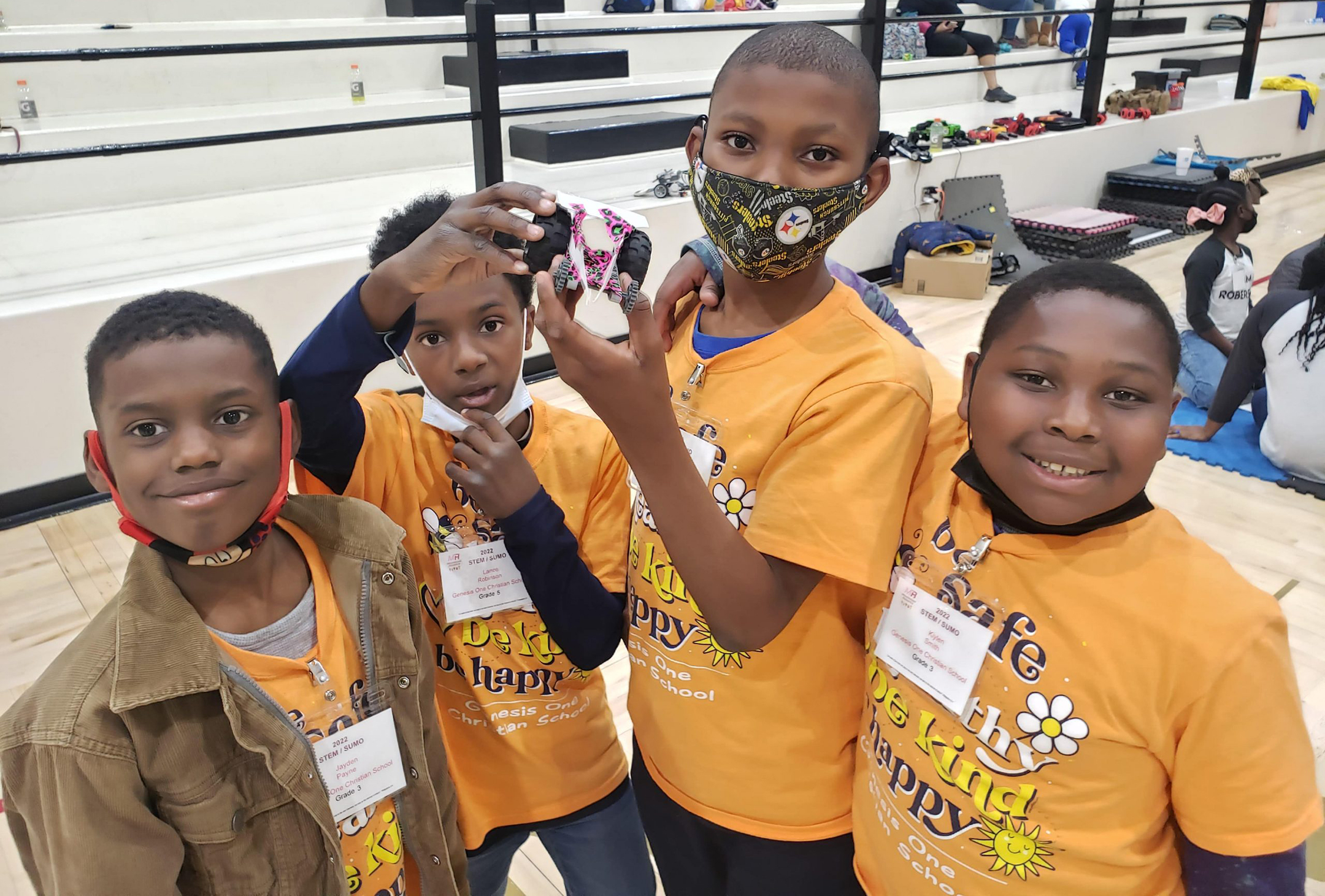 A team of students participate in the 7th Annual STEM/SUMO Robotics Competition, sponsored by Mississippi Robotics, on March 12, 2022, at Hartfield Academy in Flowed, Mississippi.

Tell me a little more about the college aspirations of the kids you’re teaching. Do they know what kind of options are available?

There was a girl I met as an eighth grader who went on to become an engineer. When I first met her, she did not know what college was and had never heard of engineering. She came from a town of about 800 people, and she just didn’t have any sense of these things. She was sharp in math, she could do math in her head, and I just told her she should go into math and engineering. And at a young age, I’m sure that stuck with her. She went all the way through without a hiccup. She called me when she graduated college and said, “Ray, I’m an engineer now!”

You have to start talking to them early, and you have to be ready for some resistance. Community ties are really strong here. I’ve had parents say to me, “The reason my student is not in your program is that they’ll go to college and they’ll leave. And we need them here on the farm.” I want these students to follow their interests and talents as far as they can, but it’s hard when people believe that college means leaving your home behind.

Who’s the teacher that helped motivate you, helped you think about the wider world?

My father was an itinerant welder, a pipe fitter. So, we moved around a lot when I was a kid. I think I was in a half-dozen elementary schools by the time I was in third grade.

But there was one teacher—a young girl, maybe 24 years old—who taught me for about three months during second grade in Ulysses, Kansas. She seemed to love my stories about moving around and working with Dad. She did everything she could to motivate me and develop my confidence. I was pretty shy, and I could tell she was trying to break through that.

Then one night, my parents hooked up the trailer and we were on to the next town and that was the end of it. But through all the tough times in my life, I kept thinking about what that teacher was trying to do for me, what she saw in me. Even now, I can still feel the impression she left on me. I wish I could find her. It would be great to share the impact she had on my life.

Taking the Metaversity on the Road