Getting More Kids Outdoors Through STEM

When kids learn about science, technology, engineering, and mathematics (STEM), it’s typically in school. But plenty of education organizations utilize nature’s wide-open spaces to impart STEM lessons. And over the past few years, the Society for Science (SFS) has stepped up to help fund educators with grants aimed at engaging students in STEM disciplines both inside and (sometimes far) outside the classroom.

The mission of SFS, a century-old national nonprofit, centers on expanding scientific literacy and research as well as effective STEM education. In February, it announced $135,000 in STEM Research Grants to 95 middle and high school teachers in the continental United States and Puerto Rico, Guam, American Samoa, and South America. Schools and programs focused on educating STEM-underrepresented and low-income students were given priority.

The grants would be valuable and necessary in normal times. But during the covid-19 pandemic, and after a winter surge in infections, they took on greater urgency. "With the ongoing public health emergency challenging education systems everywhere,” SFS said in a press release, “these awards pay tribute to the perseverance, labor, and critical role teachers and mentors play in supporting future STEM talent and leaders, including the next generation of climate scientists, astronomers, geneticists, data analysts and engineers."

This is the second round of SFS grants in less than a year. In July 2021, the organization announced an even larger sum of $165,000 in microgrants, where 38 nonprofit organizations in 21 states received up to $5,000 through its STEM Action Grants program. In all, SFS has awarded $410,000 in Action Grants to 64 organizations since 2016.

“The STEM Action Grant program bolsters and improves outcomes for groups that have been historically left behind in STEM education and careers,” SFS says, “including Black and Latinx individuals, women and gender-expansive persons, the hearing and visually impaired as well as low-income students.” 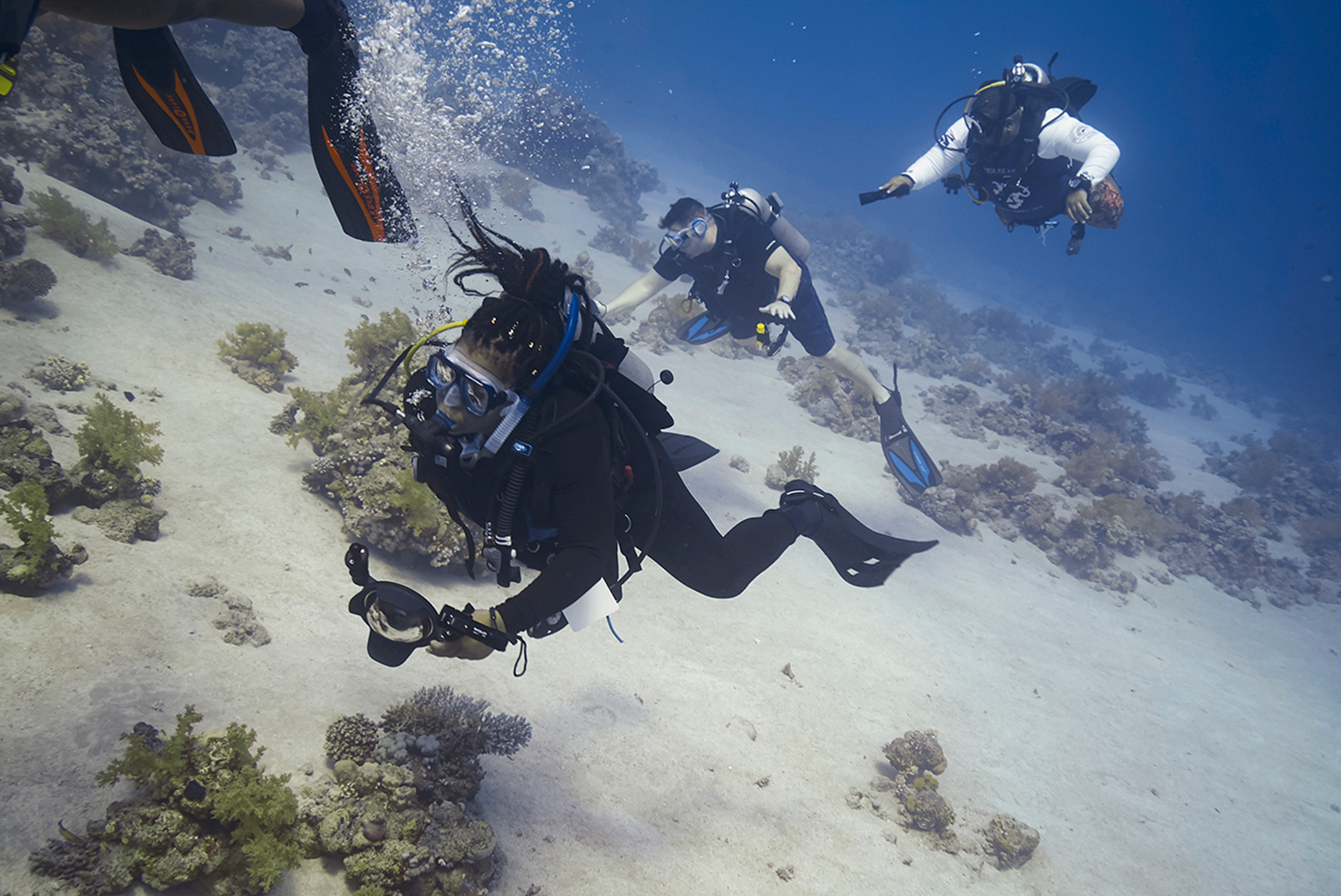 A young woman participates in a Black Girls Dive experience, exploring the bottom of a body of water.

Those STEM Action Grantees include nonprofits who impart lessons in outdoors settings, both on land and at sea. Among them is Black Girls Dive Foundation, based in Owings Mills, Maryland, which received a $2,500 grant last July. It was the organization’s fourth SFS award.

Black Girls Dive is focused on addressing America’s racial and socioeconomic achievement gap, instilling agency in young people, and cultivating the next generation of scientists and conservationists. One of its programs, STREAMS, highlighted in a 2021 SFS grantee roundup published by The 74, is aimed specifically at Black girls between the ages of 9–17 and integrates STEAM (STEM plus art) and robotics with SCUBA diving. In STREAMS, students work toward building and piloting “underwater remote operate vehicles with video recording capabilities to study the biodiversity of ecosystems.”

Another 2021 grantee included in the round-up was the Pittsburgh-based Venture Outdoors. It was lauded for its after-school programs—especially hiking, biking, and lake and river kayaking—aimed at low-income minority youth in the Allegheny Mountain region. “Instead of simply promoting exploration, the organization uses the outdoors as a backdrop to curriculum to teach about nature and practical survival skills," The 74 noted. "By opening up new programs and curriculum, additional students can gain access not only to an understanding of the environment, but a STEM education along the way."

Venture Outdoors used a previous $2,500 SFS grant to create Explorer STEM kits. “Each kit contains six different experiments with directions and explanations about the experiments and their results,” Eden Auslander wrote on Venture Outdoors’ blog. “[They’re] not only super fun but inspire children to critically think while learning more about science!” 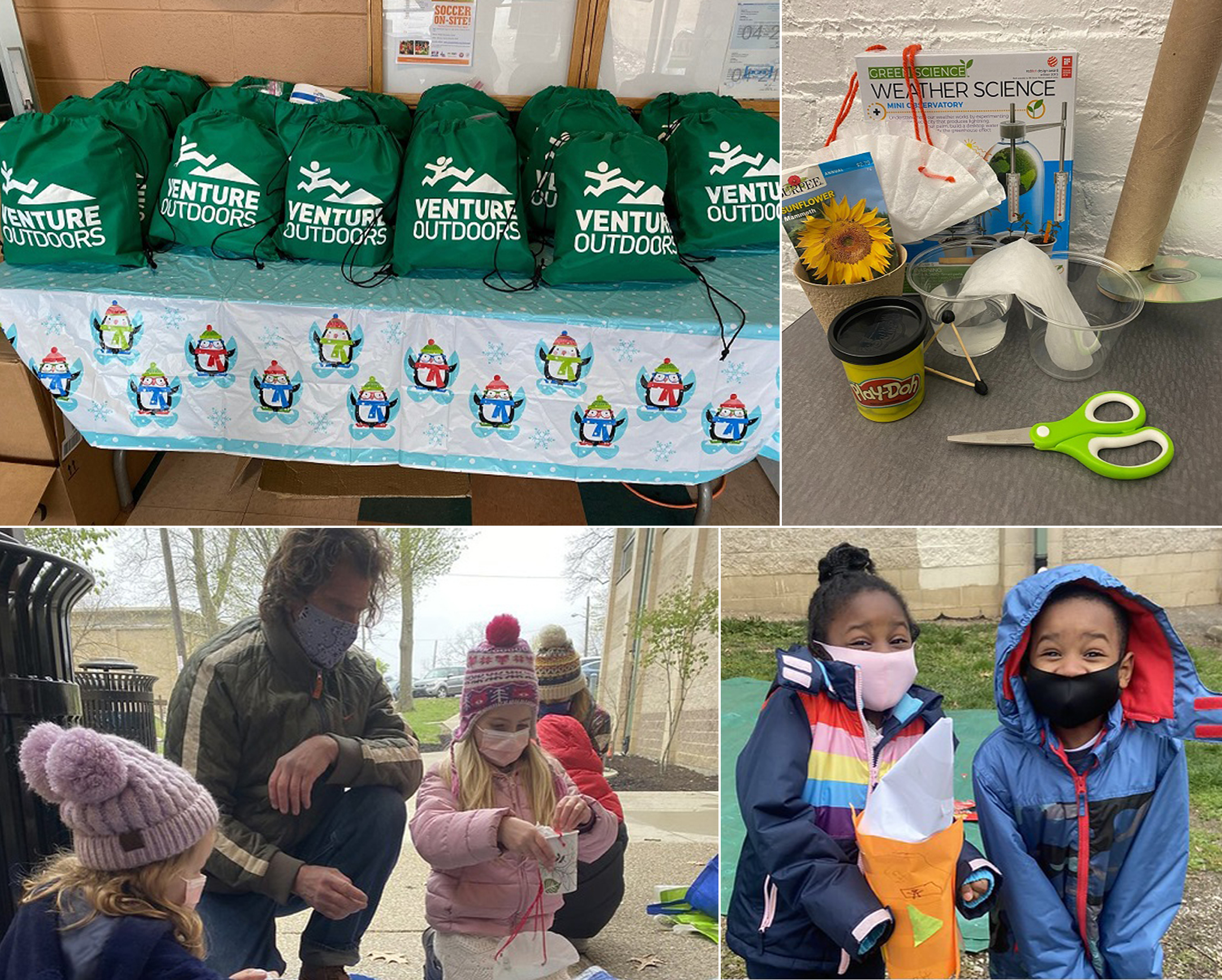 A display of Venture Outdoors' STEM Kits, along with some photos of kids putting them to good use.

Further south, where the Alleghenies give way to the Appalachians, is the 15-acre Rural Resources Farm & Food Education Center in Greeneville, Tennessee. Among the features The 74 highlighted were "a Farm & Food Teen Training Program, a four-year curriculum that demonstrates agronomy and food production, animal science and soil science while giving rural—and typically low-income—participants access to STEM, leadership skills, and growing confidence."

Black Girls Dive, Venture Outdoors, and Rural Resources are only three of the latest beneficiaries of SFS grants. Other outdoor-focused grantees teach STEM in the skies (a chapter of Black Pilots of America in Mukilteo, Washington), in deserts (California Desert Land Conservancy/Mojave Desert Land Trust in Joshua Tree, California), and forests (a National Forest Foundation distance learning program in Arizona).

What connects them—besides the Society for Science—is that they all prove a complete STEM education means getting out of the classroom and getting your hands dirty. Or getting your hair wet.

Climate Change in the Classroom