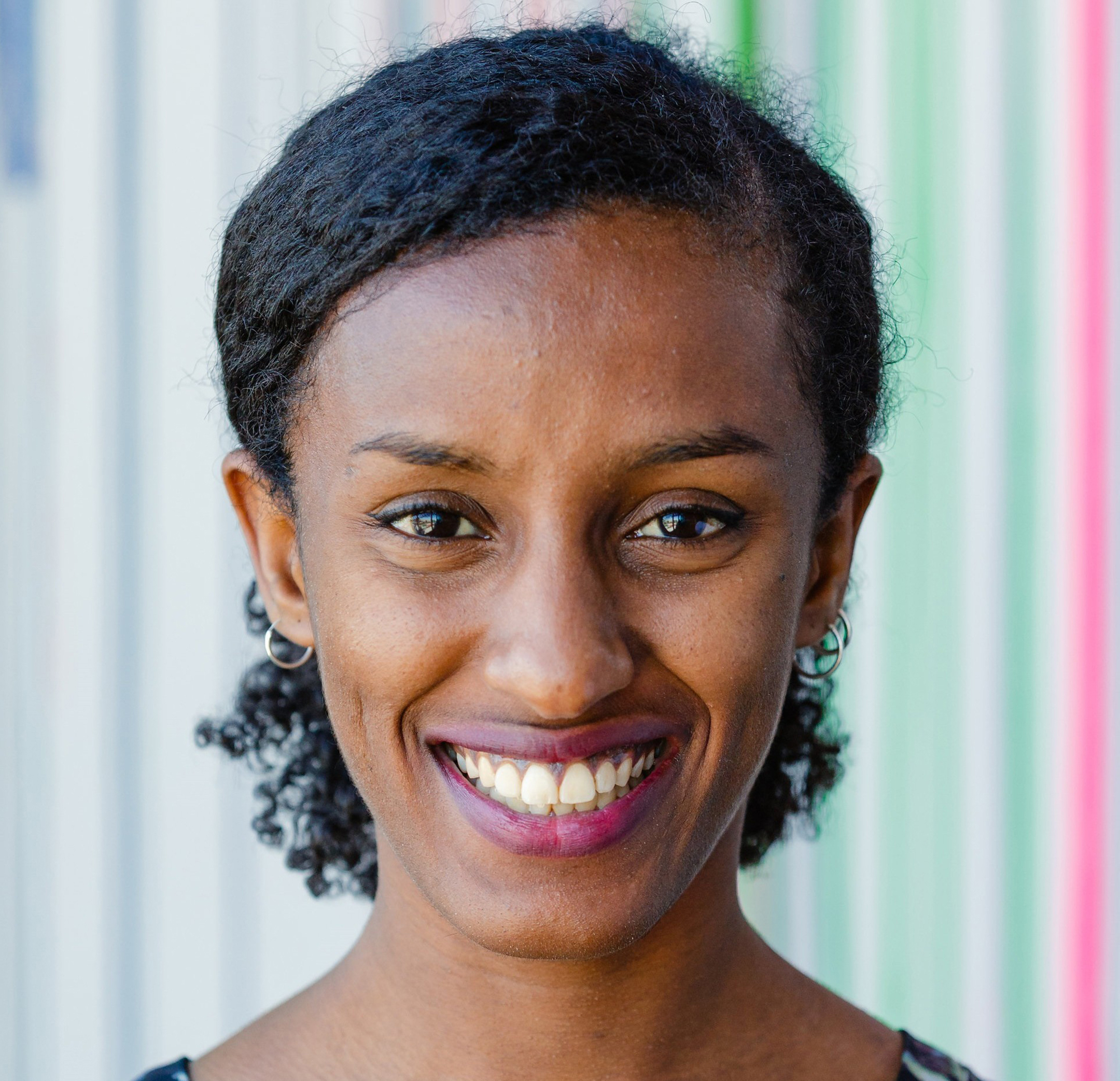 Born in 1991 in Addis Ababa, Ethiopia, Rediet Abebe grew up appreciating the city's "rich history and beautiful culture.” But students like herself had limited access to educational opportunities. So after graduating from high school, Abebe knew she needed to go abroad to continue her studies. And in 2009, she arrived in Cambridge, Mass., to study mathematics at Harvard.

To learn about her new home, she began attending school board and other community meetings. What she found was a place with the kind of socioeconomic and academic challenges she recognized from Addis Ababa. And she discovered that algorithms—the technology determining what news we see on social media, what ads we’re given on websites, and the shows we’re recommended on streaming services—were central to these problems perpetuating. Artificial intelligence and lines of code were sorting and assigning students to public schools in ways that exacerbated and entrenched inequality.

She quickly determined her academic interests and personal experiences gave her a role in improving things.

“I realized that actually, if you do computer science or applied mathematics and ultimately other fields, you can work on really interesting challenging mathematical questions, you can do a lot of data-driven work, you can play with data,” Abebe told the Atlanta Black Star in 2019. “But you can also think about problems that affect society immediately.”

Finding solutions to algorithmic bias—not only in education but across the cultural, economic, and social justice spectrum—formed the basis of her work at Harvard, and beyond. "Just as there's risk there is also potential for many missed opportunities to use AI for the good of many,” Abebe said in her 2018 TEDx talk, "Can Algorithms Reduce Inequality?" "Central to my research is the idea that algorithms and AI, in conjunction with the social sciences, can be used to promote equality and justice within society."

But more important than Abebe's credentials is how she has mobilized her energies and ideas to improve and diversify the algorithm and artificial intelligence space and create better outcomes—for users, students, and other researchers. 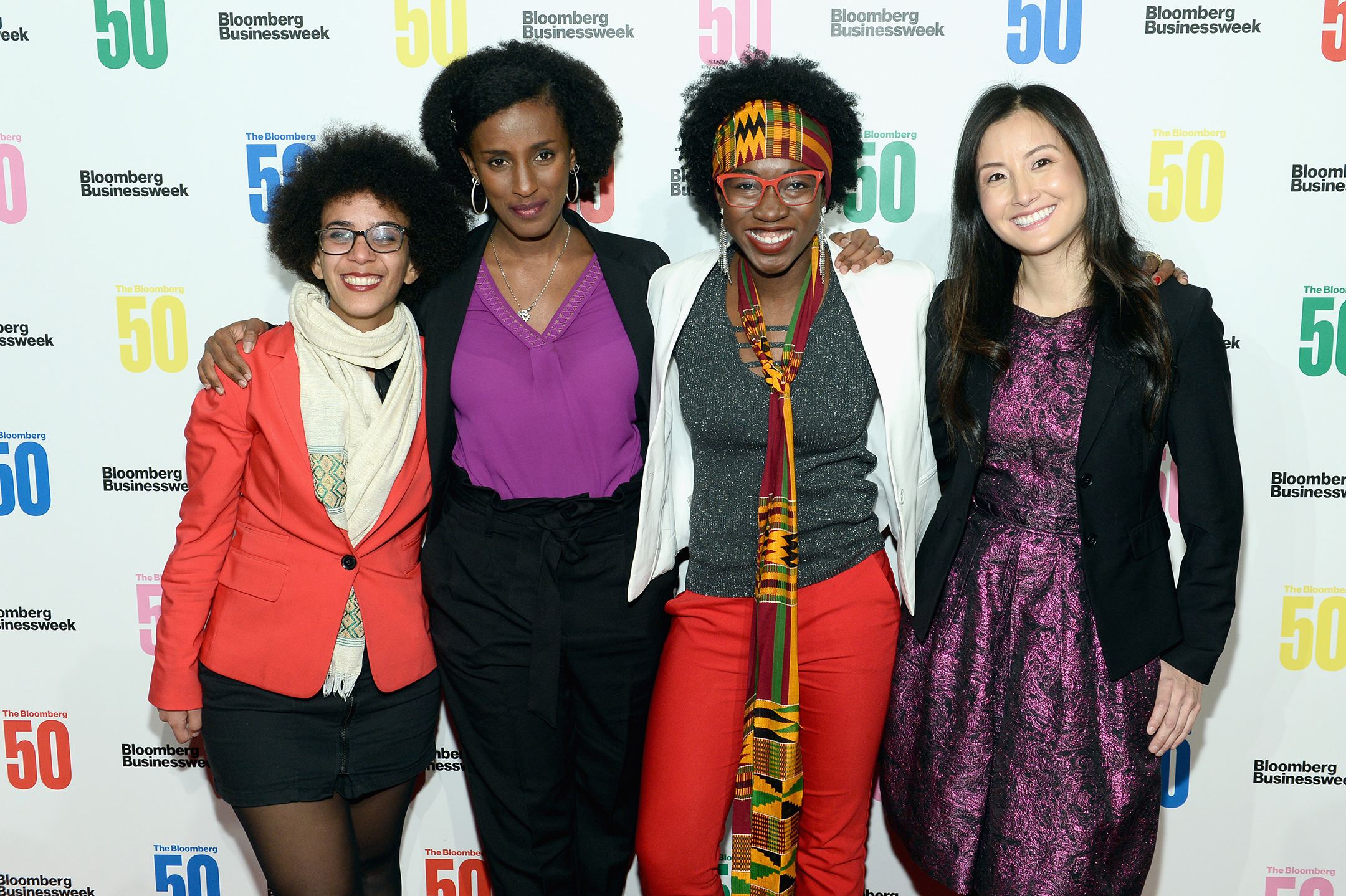 Timnit Gebru, Rediet Abebe, Joy Buolamwini, and Alicia Chong Rodriguez at an evet in December 2018. They are four of the most important voices in the current conversation around ethical AI and computing.

Through her work, she found that a crucial starting point in affecting change is bringing a diverse group of stakeholders to the table to solve problems. "A second key ingredient is that the community of researchers pushing the boundaries of AI is representative of the society that we are serving," Abebe said in 2018. "People's lived experiences matter. People's backgrounds and day-to-day interactions impact what problems they might be interested in and how they might go about solving them."

To that end, in 2016, she cofounded Mechanism Design for Social Good, an interdisciplinary initiative with the goal of improving equity and social welfare for marginalized groups. A year later, she cofounded Black in AI to share ideas, create opportunities for collaboration, and generally increase the number and presence of Black people in AI.

“For the most part, algorithms didn’t create inequity and inequality,” Abebe told the Cornell Chronicle in 2020. “But the fact that we didn’t have people who were engaging with algorithms’ role was exacerbating this existing inequality. With any sort of social issue, an algorithm can make things a lot worse, or it can help you understand what’s going on better and try to move things in a positive direction.”

Abebe is currently an assistant professor in the University of California, Berkeley's Department of Electrical Engineering and Computer Sciences, where she continues her research on algorithms, AI, and their implications for inequality and social justice. She is an important and central voice in the conversations around ethics in the use of artificial intelligence. And through her involvement with MD4SG and Black in AI, she's a leader in creating a more diverse and inclusive tech space.

“It’s important to note what the computer science community looks like and who gets to call themselves computer scientists,” Abebe has said. “There are over 5,000 CS faculty in PhD granting institutions across the U.S. and only about 85 of them are Black. If the discipline is taught by people from a small set of communities, then the benefits and harms of tools we build will also not be evenly distributed across society.”

Thanks to her research and resolve, Rediet Abebe is building toward a better digital future—and ensuring future generations of diverse students see themselves in computer science.