This week we feature a digital piece by Gavin Moses from Cypress Woods High School in Cypress, Texas, which was featured in the 2018-19 AP Studio Art online exhibition. 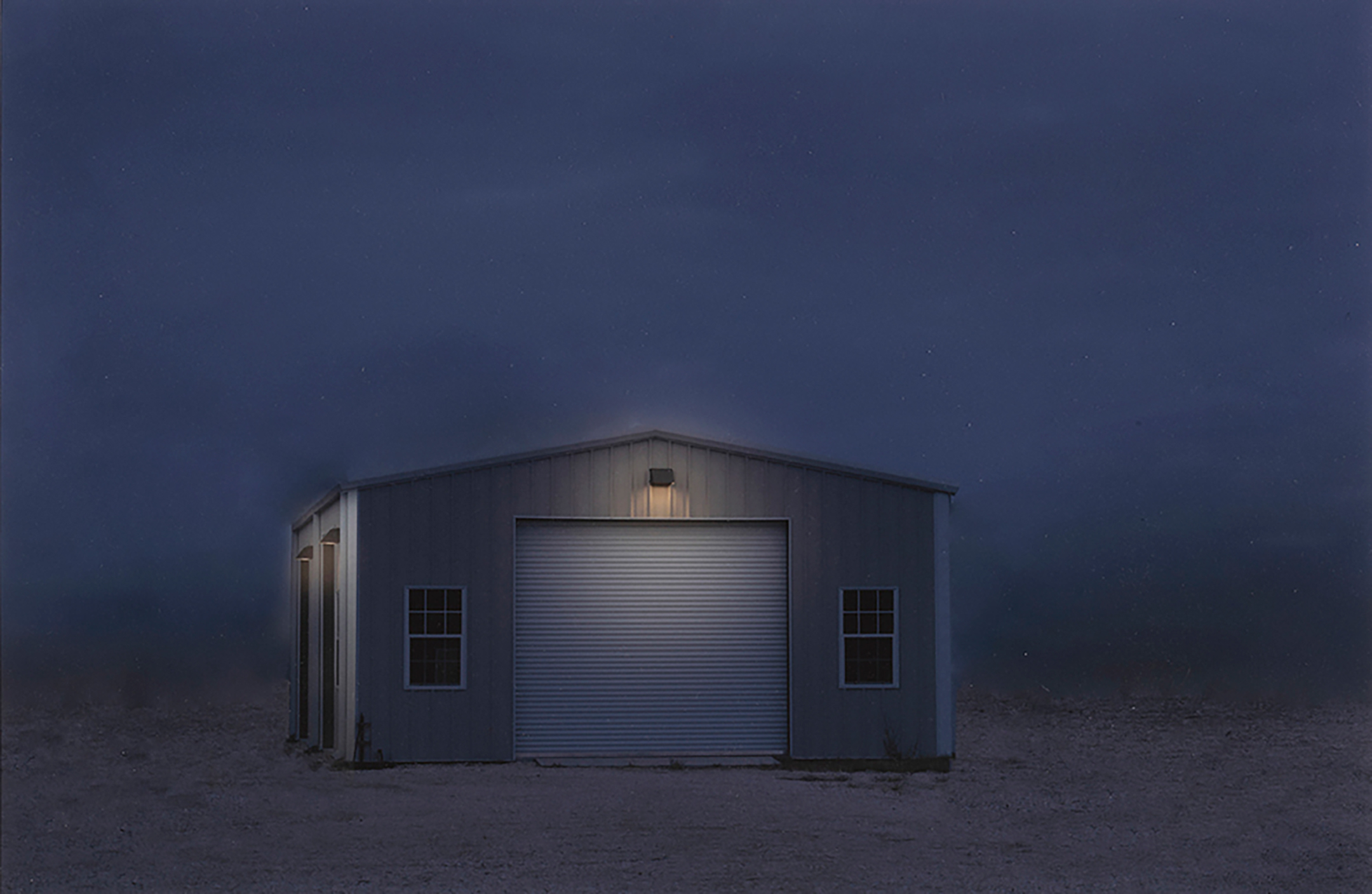 Here’s Gavin’s statement on the work:

It started as an experiment with fabricated lighting and progressed into an image that is largely due to my art influences, which are the works of Gregory Crewdson and Edward Hopper. It was an attempt to push beyond emulation and into new territory as I found my style and create a work that made me feel something, which in this case was loneliness. The work was created with one image I took on a digital camera and Photoshop, removing distracting and unnecessary details and kind of molding the landscape into what I imagined.

And here’s Gavin’s teacher, Natasha Napier, explaining more about the project that led to the piece:

At the beginning of the year I had my students think, discuss, and physically get up in front of the class and explain what their concentration for the year would be. Gavin focused on using the lighting and photography to display the beauty and surreal nature of the suburbs around him. In class, Gavin was introduced to experimentation, both inside and outside of Photoshop, throughout the year. A lot of historical and contemporary artists were continuously shown and discussed and used in reference to certain assignments that were given. Gavin collaborated with his peers, constantly gaining and providing feedback as he developed his own work. He would also participate in class critiques that allowed him to really verbally describe and explain his artistic attempt behind the piece and to gain both positive and negative feedback from the class, from his peers. So when he created this work, I was really excited for him because it was just an amazing, beautiful piece. I felt he had really pushed his boundaries, compared to where he started at the beginning of the year, and really created a work of art that not only molded the landscape but created such an emotional response. He took many different art classes, not just digital art. He did photography, sculpture, he could do drawing. He really brought all of that together, and I think that really tied into a lot of his work and process throughout the year.