This week we feature an acrylic work by Noah Briata from Regis Jesuit High School in Aurora, Colorado, which was featured in the 2018-19 AP Studio Art online exhibition. 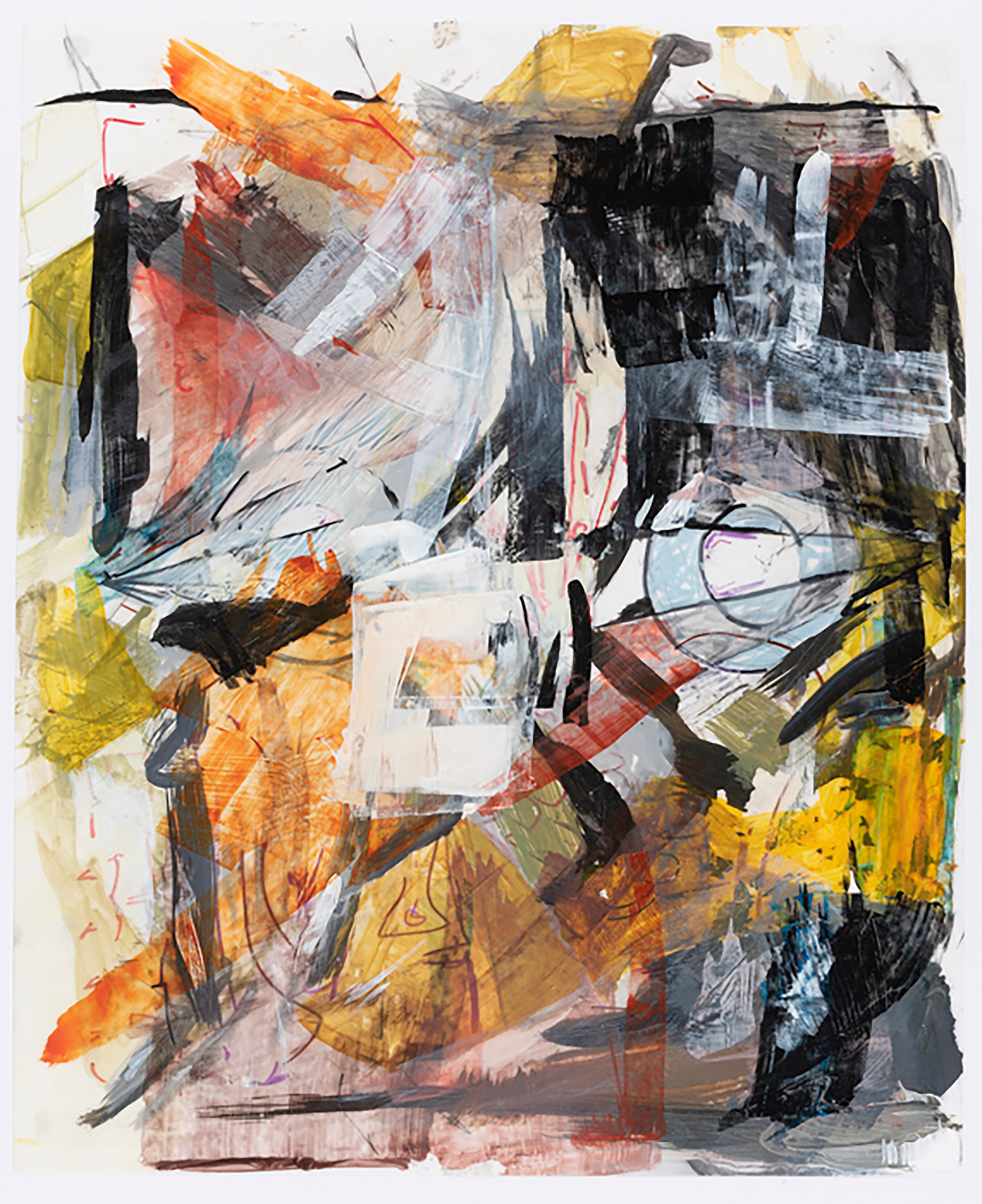 Noah’s teacher, Jennifer Meyerrose, says her students needed to research and find an artist to be in dialogue with, which “required some investigation and analyzing of the artist’s work and choosing elements of the work that spoke to them.”

Here’s Noah’s statement on his work and the artist who inspired it:

I chose Fortunato Depero, who’s a Futurist. Pretty quickly into the process I realized I had nothing in common with him, in terms of subject matter, stylistic choices, so I decided to go in as far opposite a direction as possible. I used Mylar as the base because at first I was thinking, let me just trace some Depero artworks because that will get me thinking. That made me feel like I was a sham, made me kind of upset with the process on the whole, so I took it in as opposite a direction as possible.

Depero came from that Futurist movement where they were trying to design the future and they used a lot of angles, really sharp shapes, and defined flat characters, and oftentimes his pieces were an entire story within a painting. I tried to keep that aspect, I wanted some kind of storytelling, but I wanted to use less form and more movement. My original reasoning for using a razor blade to move paint around is because I wanted big blocky shapes. Depero used big calligraphy pens to get these big, giant shapes, so I tried using a razor blade and what that ended up doing was pulling paint off on the back end but adding paint on the front. It didn’t end up being sharp and blocky, and it ended up moving everything in this very undefined way. But also very defined. You could use it two ways: You could pull the paint off in a way that was adding shapes, and you could put paint on in way that was adding shapes. I think that was my favorite part about making it, using unconventional tools like a big paint marker and a razor blade, and an X-acto knife. And also Mylar because it’s really easy to do that on Mylar. Since it’s a shiny plastic, the paint doesn’t stick that well. I would take acrylic paint and I would paint on it and then take the paint water I was using to wash my brush off and I would pour that onto the Mylar in little small areas and then wait for that to dry and then scrape it off then pour more on and scrape it off until the whole thing was covered.

The back side was the side that I started tracing with the China marker and then I really didn’t like that. So I flipped it over thinking it was just a normal piece of paper, but you could still see it, you could still see all the stuff going on in the front, so I kind of used that information to inform the rest of the painting.

I think going into wanting to copy Depero’s art style, I had some really concrete ideas. And the fact that it went from something so concrete to something that was deconstructivist or whatever was important for those pieces, and where I am today—that piece was important for me. I realized I like to abstract in painting. I really enjoy that process. It made me like the process of painting more, and it made me want to develop a more concrete style or just get better at painting.

When the Teacher is the Dungeon Master