When the Teacher is the Dungeon Master

Since Dungeons & Dragons® (D&D) debuted in 1974, it has inspired a very specific reputation. Whenever the tabletop roleplaying fantasy game shows up in pop culture—like on the shows Freaks & Geeks and Stranger Things—it’s usually played by misfits and socially awkward young guys flipping through D&D sourcebooks, rolling odd-shaped dice, and arguing with the game’s Dungeon Master (the one who oversees everything) as they navigate elaborate quests and strange characters.

In other words: it’s a game for nerdy dudes.

Except, it’s not that at all. D&D is exceptionally inclusive. All you need to join is an imagination. Playing is like creating infinite versions of The Lord of the Rings that you and your friends write—and rewrite and re-rewrite—together. You’re all active participants in writing a unique adventure through different, fantastical worlds and scenarios. There is no winner. Instead, the goal is to deepen your understanding of your character by interacting with other players and their shared environment. And eventually, if you’re lucky, your band of travelers becomes a real team, just as you do with your fellow players, sharing inside jokes and reminiscing on dragons you’ve slayed.

Dungeons & Dragons can be anything players want it to be. It can even be incorporated into classrooms. Teachers can set up campaigns, or minigames, to reinforce material by finding a fantasy analog to real-world topics. Chemistry can become alchemy. World history can become Game of Thrones–style fantasy lore. And then there’s all the math that comes with rolling multiple dice and working out the numbers that relate to a character’s armor class and skill proficiencies. All teachers are asking students to do is engage with an imaginary world with honesty and a spirit of collaboration.

And in that lies a fundamental draw of D&D. Like the best games, it activates and stimulates emotional and intellectual engagement that allows players to learn and grow as they become active participants in the ongoing experience. 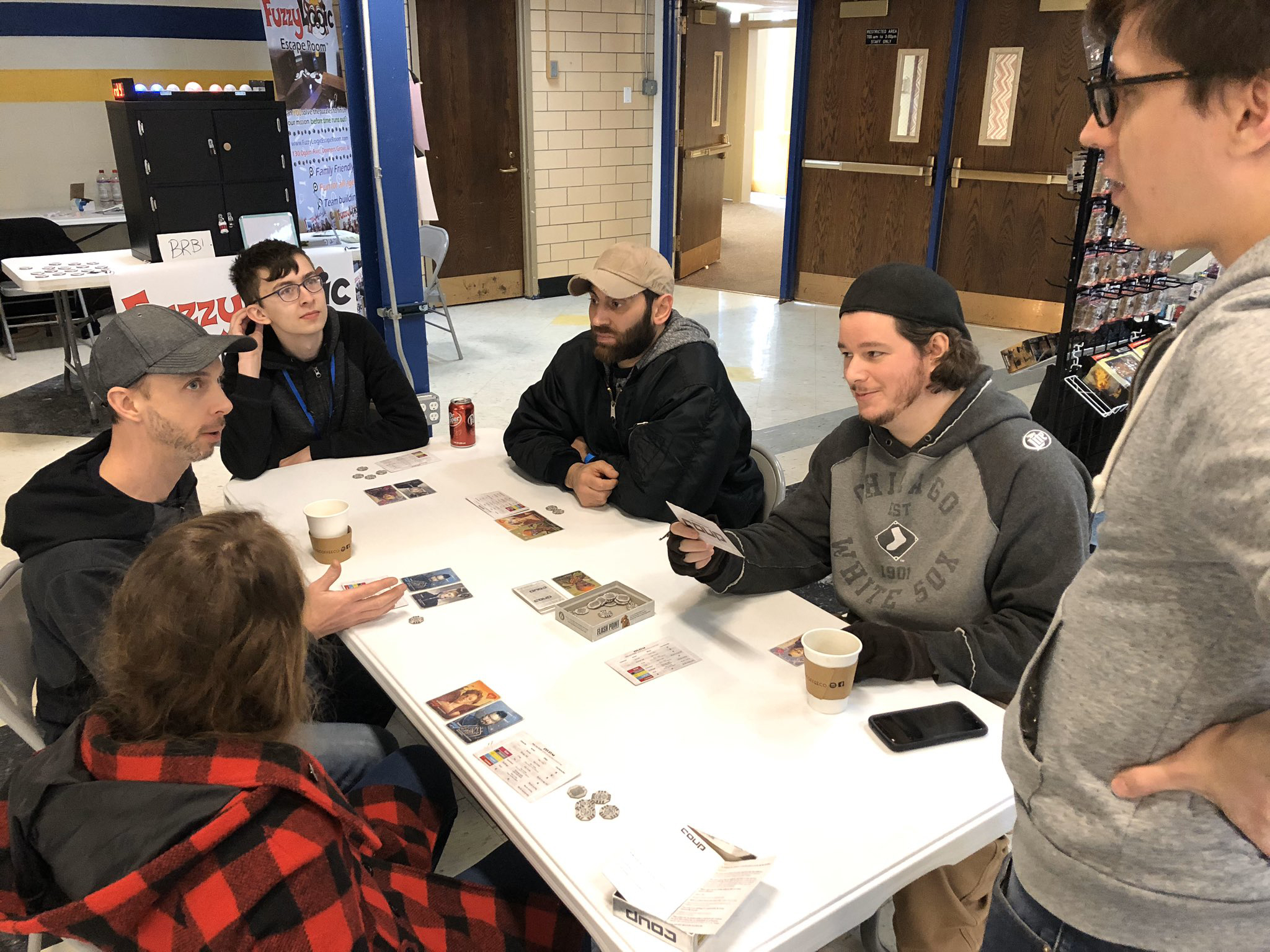 As a Dungeon Master, I’ve personally seen D&D positively affect the lives of my friends and family. My brother can be, let’s say, incorrigible. He often has trouble describing what’s upsetting him. But through D&D he found an outlet. When he read his character sheet to me last Christmas morning, he said, “My character is really hyper and gets excited, and other people sometimes think he’s annoying. But if you get past that, you’ll see that he’s a good guy.” It wasn’t difficult to work out that he was using his character as a kind of avatar.

Todd Carlstrom has had a similar experience. The Brooklyn-based performer has worked as an art and theater teacher in public schools. And as he got more comfortable with the job, he realized “that there was an untapped market for D&D as a scaffold for social-emotional work,” he tells The Elective.

As teaching opportunities began drying up—he began with 15 students, which eventually dwindled to 4—he thought about how to tap into the potential he saw in Dungeons & Dragons. “I had already talked about D&D with one of the kids, and the other three were intrigued,” Carlstrom recalls. “On a lark I ran a game off of the top of my head. It was a big hit, so for the rest of the year we ran a small campaign. I informed the after-school manager at the school and she asked me to do a D&D program starting the following year. That’s how it all started.”

He now teaches D&D to junior high students as a professional Dungeon Master whose game focuses on encouraging “ethically grounded roleplaying.” (Talk about a dream job; my players “pay” me in seltzer and snacks.) Carlstrom’s students began their game like a lot of first-timers: hoping to cut up some bad guys. He says some “are bent on chaos, nihilism, and violence,” and he allows them to indulge those impulses. But he also lets them know very real consequences come from acting antisocially. 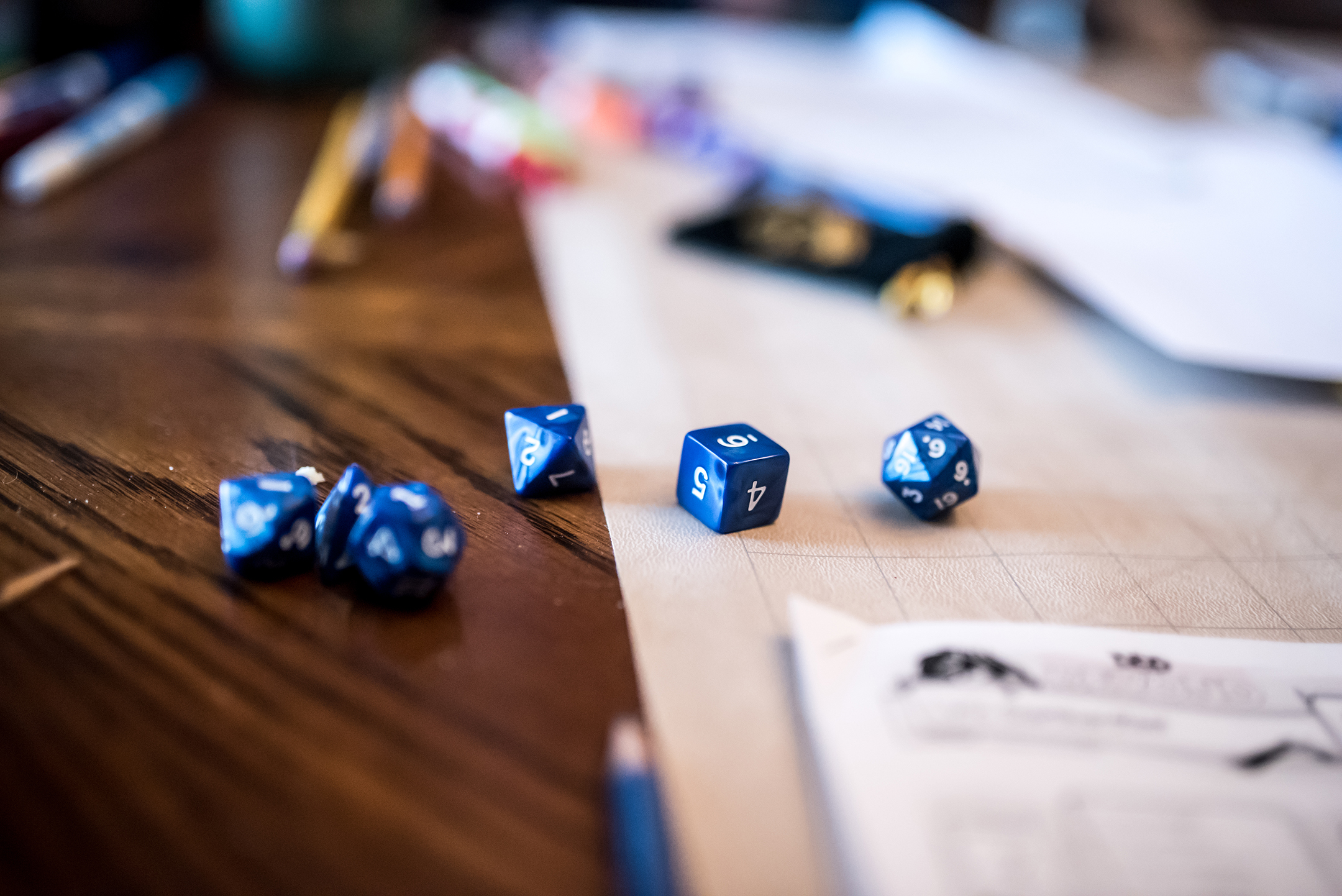 “I had a student character who decided to arbitrarily throw his hot stew in the face of an innkeeper yesterday,” Carlstrom says. “He was held down until the town guard got there, after which he was put in jail for assault. As a result, the party has started to receive colder welcomes in the town, and already it’s clear that they blame the player’s rash actions. He’ll think twice before he does that again.”

Carlstrom says D&D drives home ideals of responsibility, empathy, and balance for his students. He credits the distancing effect of creating a character in a fantasy setting with helping transmit this information to his young players. It’s an experience, he says, that’s not dissimilar to other modes of childhood play. “A fictional character is more relatable and instructive to students because they are a separate, fictional identity,” Carlstrom says. “The things that happen to the character can be examined more dispassionately and intellectually than things that happen to people in real life.”

It’s not just elementary-age kids who can benefit from D&D. Bill Allan is an educator and popular YouTuber who hosts the series “D&D with High School Students.” In his videos, which he films with his students, Allan evangelizes the benefits of tabletop roleplay with teenagers. It’s a topic he’s exceptionally qualified to discuss: Allan has taught media production at Lyons Township High School in La Grange, Illinois, for 14 years and has played D&D since 1978.

“The value of D&D is immense” in terms of individual growth, Allan tells The Elective. “Students learn to think empathetically, imagining how their characters would feel and act, they work collaboratively, they use their imaginations, and so much more.” 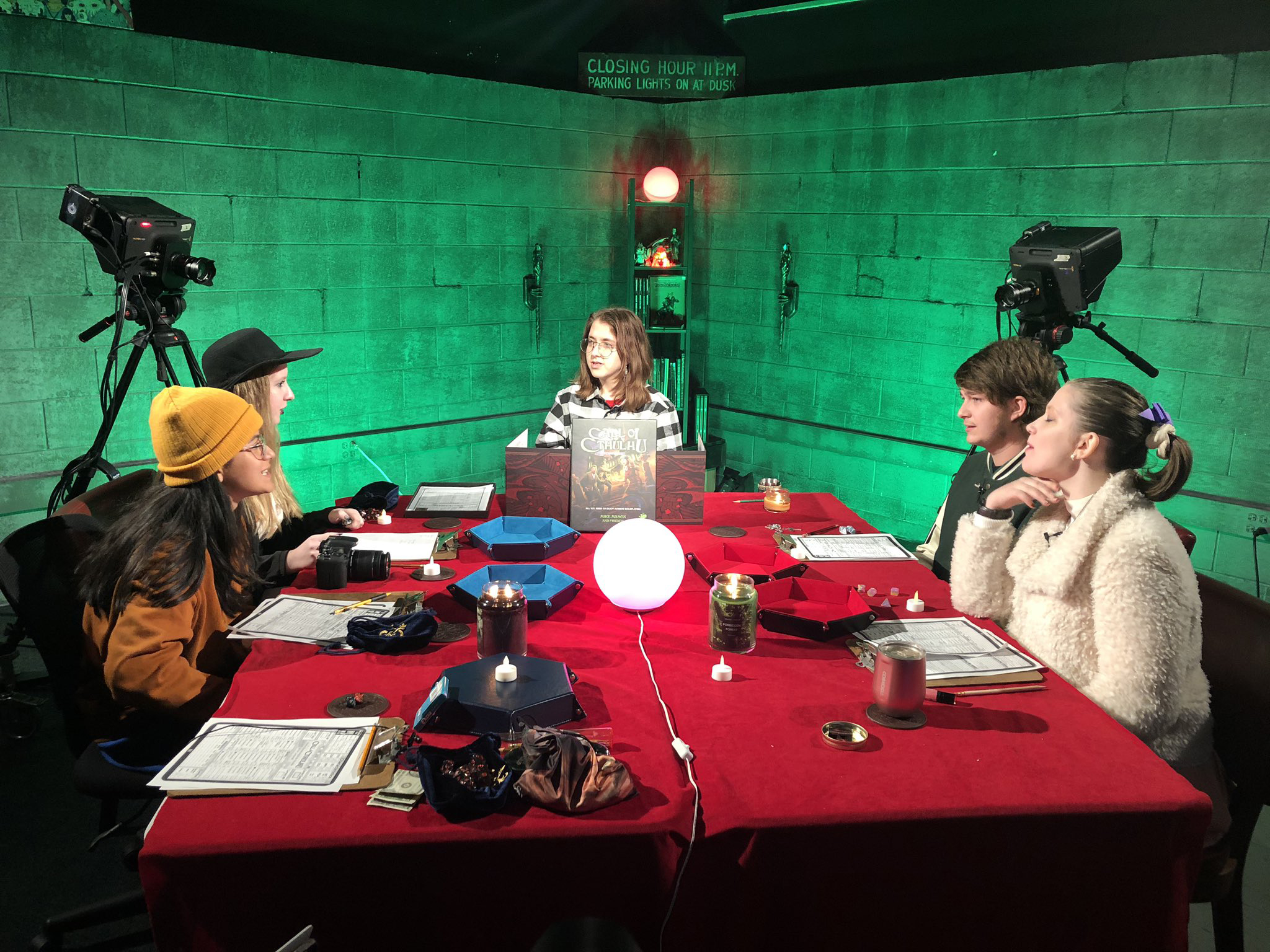 A group of Bill Allan's students record an episode of the Youtube series "Teaching With D&D."

D&D is central to Allan’s classroom experience, where he requires students to be doubly creative. They create characters and worlds in the analog world of Dungeons & Dragons, then use digital multimedia skills to bring them to life. “Our D&D shows allow my media students to hone their video production skills on a regular basis,” Allan says. “They learn lighting design, camera set up and position, operation of the audio board and maintaining microphone levels, operation of the switcher, and directing a live multi-cam production.”

There are abundant resources online for anyone who wants to introduce Dungeons & Dragons into the classroom. Good places to start are visiting the Teaching With D&D homepage and, of course, by watching Allan’s many videos.

“I could easily see English teachers or history teachers use short roleplaying games as a means of immersing students in a specific topic or situation,” Allan says. “I could also see foreign language classes being a lot more immersive and fun if they played a roleplaying game in their classes. Roleplaying games can be superb vehicles for allowing students to explore ideas and topics on a deeper level.”

From True Detective to Real Professor