A STEM Boost for Indigenous Students

In STEM careers and education, where diversity can often be hard to come by, one of the least represented populations is Indigenous and Native peoples. According to 2018 data from the National Action Council for Minorities in Engineering, only 0.5% of science, technology, engineering, and mathematics students and 0.4% of engineers are Indigenous.

One group tackling this inequity is the Albuquerque, New Mexico-based Cultivating Indigenous Research Communities for Leadership in Education, or CIRCLES.

Founded in 2020 by veteran educators with support from the National Science Foundation’s Established Program to Stimulate Competitive Research (EPSCoR) and INCLUDES programs, the CIRCLES Alliance is comprised of partners in six western states: Montana, New Mexico, Idaho, North Dakota, South Dakota, and Wyoming. The goal is to bring STEM to underserved Native American students and boost representation in and out of the classroom.

In August, the NSF awarded a $10 million grant, shared among the six CIRCLES partners, “to address the under-representation of American Indian and Alaska Native (AI/AN) students in the science, technology, engineering, and math (STEM) disciplines and workforce." It was a big financial boost for the upstart organization and its six state partners.

Aaron Thomas, a Native American who grew up in Albuquerque, New Mexico, is a chemistry professor at the University of Montana. He also directs the school’s Indigenous Research and STEM education and is CIRCLES’ leader and principal investigator in Montana. In the past, CIRCLES received small amounts of NSF funding, which was used to gauge views of Indigenous science Native STEM education from more than 100 tribal members and members of the reservation community, like parents and K–12 teachers. Through these interviews, Thomas and his colleagues learned about what has succeeded in the community—and, importantly, what has challenged it.

One of the biggest: lack of a Native-centric lessons. There is some existing support for Native schools in Montana, like the Montana Indian Education For All Act, which helps with access to Native-based curriculum. But it’s not enough, Thomas says, because of a second challenge: difficulty in retaining educators not from the reservation community.

“I've heard of a few occasions,” Thomas tells The Elective, “where maybe a middle school or high school science teacher or math teacher leaves part way through the semester and the school doesn’t have a replacement for the rest of semester, or even the entire year."

UM CIRCLES’ $1.8 million piece of the NSF grant will help close both gaps. Thomas says the bulk of the money is earmarked for curriculum and teacher development. But it will also go toward what Thomas termed a “key hire within our program to help forward our goals.” 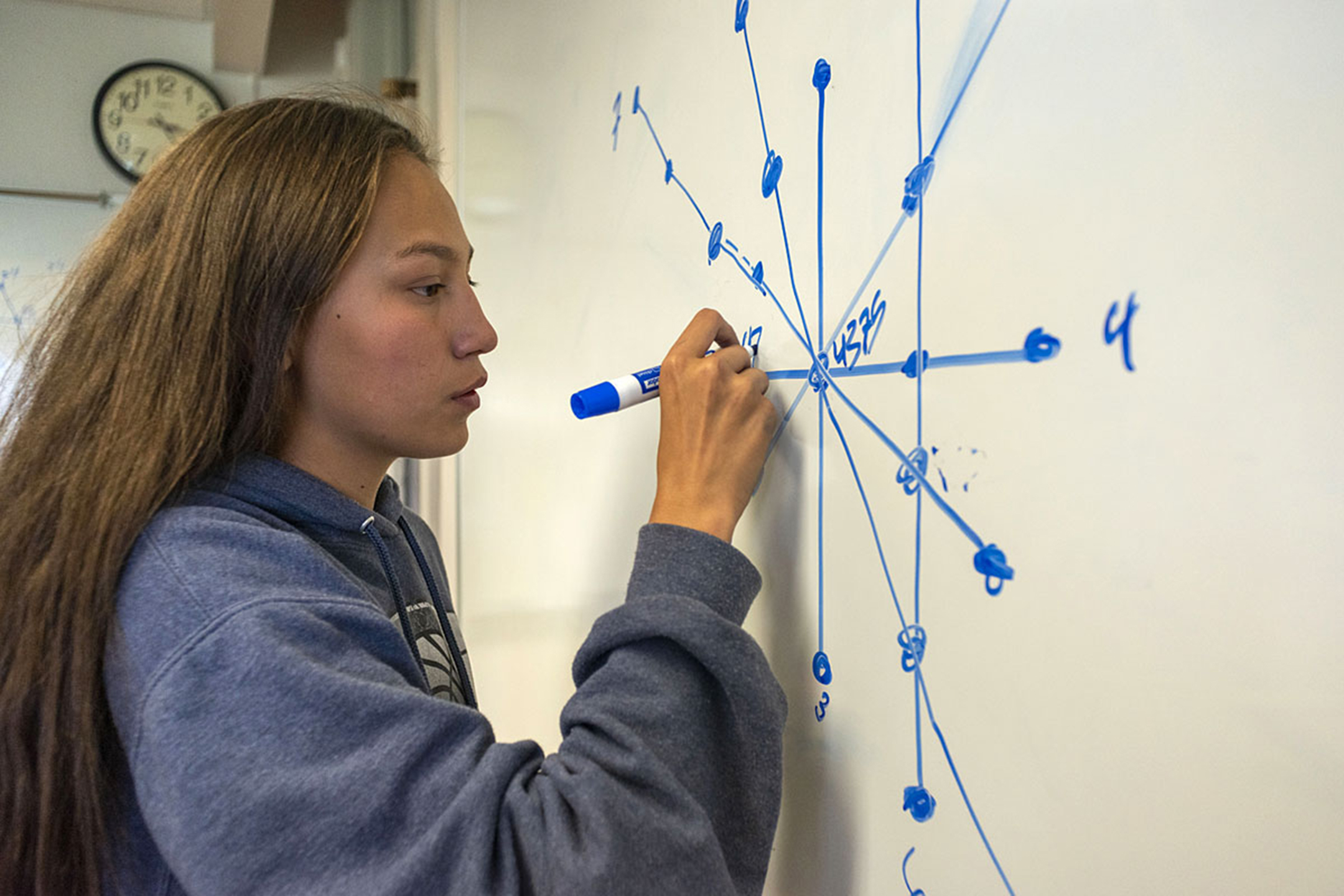 New Mexico is unique among those CIRCLES states, says Selena Connealy, interim associate director of New Mexico EPSCoR and the alliance’s principal investigator in the state.

What sets it apart, Connealy tells The Elective, is that most of its Native students from 23 local tribes are served through the public school system. A Tribal Education Status Report for the 2019–2020 school year, compiled by the New Mexico Public Education Department, found 35,000 K–12 Native students attended public and charter schools, while 6,000 went to tribal and Bureau of Indian Education  schools.

Connealy describes the tone of the report as “look how terrible Native students do in school,” and says such a negative assessment of Native New Mexico students is a primary motivator.

"One of the key tenets of the CIRCLES Alliance is to move away from a deficit model to one that recognizes and incorporates the unique traditional knowledge, sense of place, rights of sovereignty, and cultures of Indigenous peoples,” Connealy says.

Connealy estimates that NM CIRCLES’ share of the NSF award to be roughly $820,000, despite Albuquerque being the largest CIRCLES-covered population center. (The city has roughly twice as many people as the entire state of Wyoming.) It will help, she says, but it’s not a magic wand. NSF grants have come to the state before, she says, with underwhelming results. “There’s been a lot of money invested in supporting Native students in STEM, and we haven’t seen the needle move at all,” Connealy says.

But she’s quick to add that there’s an opportunity now to generate a more lasting outcome.

“Our CIRCLES group is looking at how we can really change the narrative,” Connealy says. “What we've done in the past hasn't helped, so we want to try something different.”

To determine that different approach, Connealy pointed back to the early CIRCLES interviews Aaron Thomas described. “What was very strong was that community is the number one most important thing that you need to consider,” she recalls.

That focus on a student’s life beyond just the classroom led NM CIRCLES to plan family-oriented STEM events with elders. One event, scheduled for Spring 2023 and focusing on math and ecology, specifically water resources, will be led by Native mathematician Belin Tsinnajinnie.

“We’re really interested in having our participants think about ways that math is used,” Connealy says. “What is Native math? How are there elders mathematicians? Who gets to be a mathematician? And who thinks mathematically?” 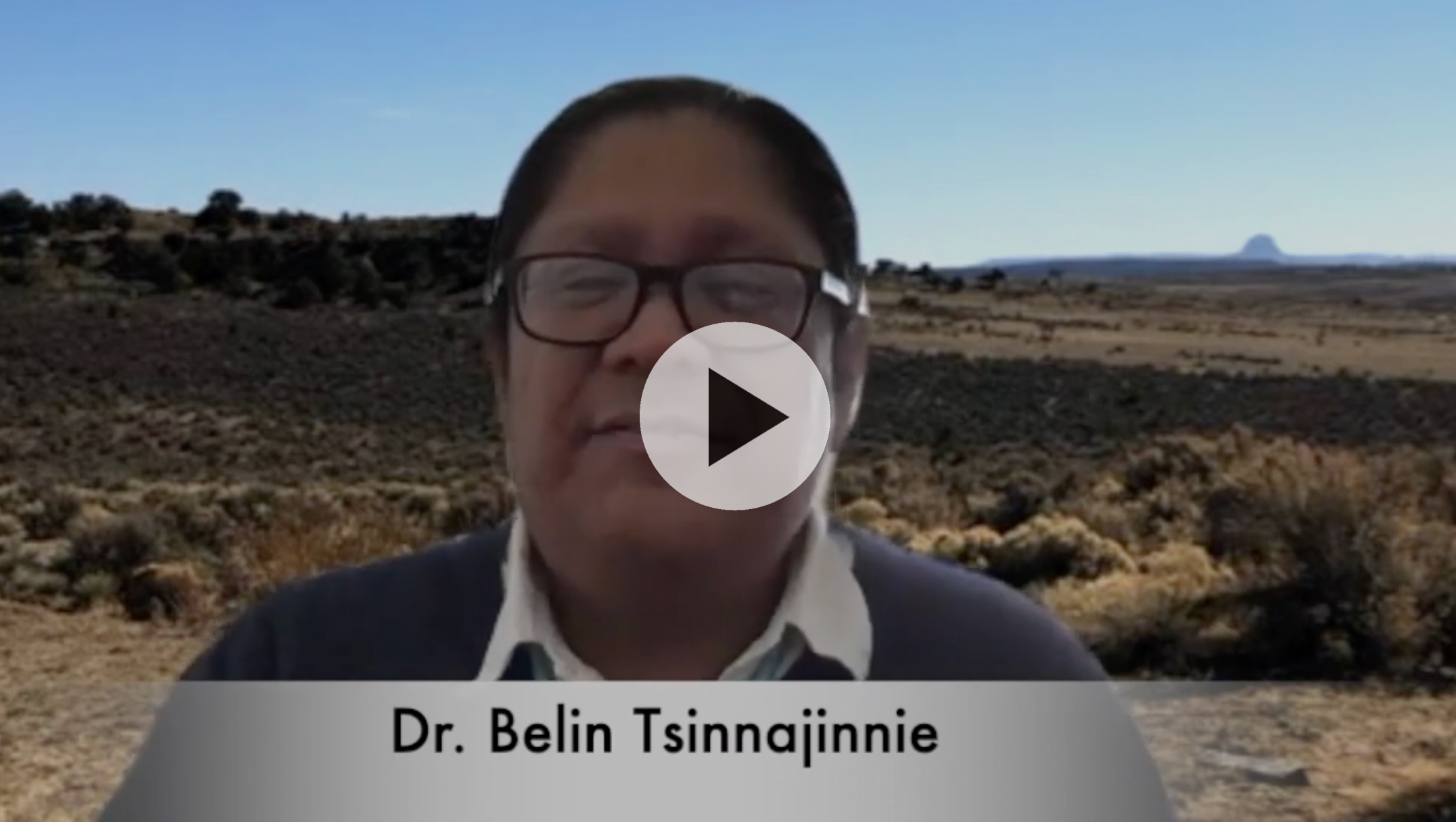 Connealy says the goal of this approach is to show Native students that “math is not something you just do at school.” There’s a practical use to it, too. New Mexico has “an enormous STEM economy, most of it driven by federal investment” in Los Alamos National Lab, Sandia National Laboratories, and the Air Force Research Lab. “They employ a huge number of people—everybody from a technician or somebody working on an administrative level all the way to those with PhDs,” Connealy says. And Native students with STEM skills can find work in those industries.

“I think New Mexico is working towards a tech workforce, and I think one thing that's maybe in our favor is how diverse our state is,” Connealy says. “We look like what the U.S. is going to look like in another 30 years.”

But even if curriculum and classrooms improve, Thomas knows Native students with STEM dreams face another challenge, one that’s systemic and stubbornly intractable: reliable high-speed internet connectivity. Still, Thomas knows this obstacle cannot be a deterrent. Overcoming it is necessary if Native students hope to have any chance of a STEM future.

The Reappearance of the Vanishing American