The Struggle Is Real: Addressing 40-Plus Years of Adversity for Veterans in Higher Education

American servicemembers have for decades faced challenges when trying to enter or return to the classroom. Now is the time to improve their opportunities.

Ted is a successful student veteran attending a community college outside of Washington, D.C. He fought overseas and suffered the catastrophic loss of both legs and one arm. Before joining the military, he grew up in the underserved communities of Chicago and barely graduated high school. Ted struggled to integrate into higher education, but he had support from a Veterans Affairs (VA) counselor and senior campus leaders who encouraged him to enroll full-time. Before he could apply, Ted spent a year reviewing basic learning skills to meet colleges’ strict admissions standards.

If this story sounds familiar, that’s a problem. Ted fought in Vietnam, and his story was featured in a story published in The College Board Review—in 1972.

Adequate support for veterans in higher education has been elusive, and the relationship between institutions of higher learning and veterans a roller coaster. 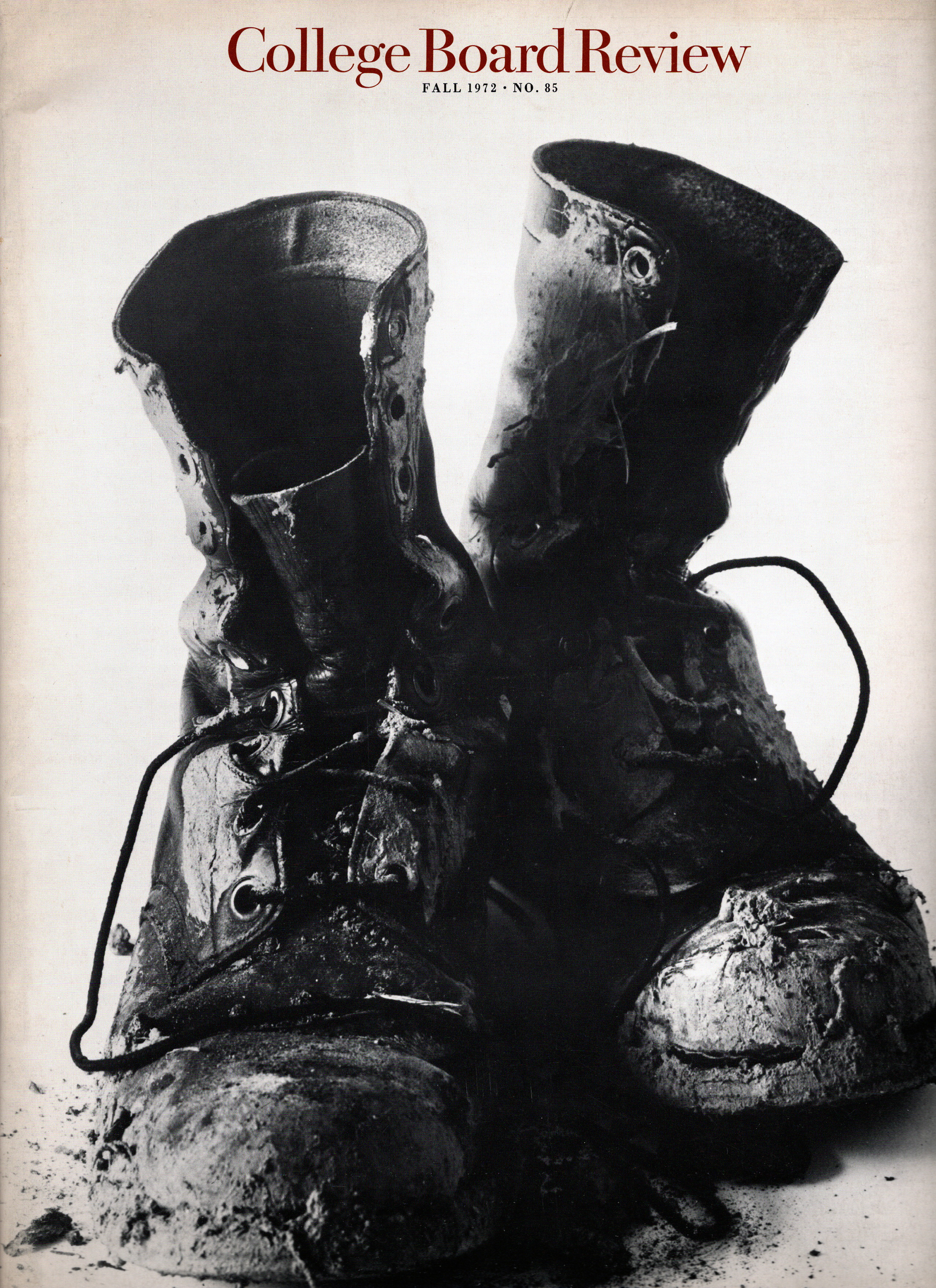 The cover of the Spring 1972 issue of The College Board Review, which included the story featuring Ted's experience after returning from Vietnam.

Starting with the World War II-era GI Bill in 1944, access to postsecondary education was democratized and open to returning service members to aid their transition from the military to civilian life. Enrollment skyrocketed. Access to higher education continued through Korea, Vietnam, and the Cold War eras, yet the number of service members and veterans who enrolled declined.

When the Post-9/11 GI Bill passed in 2008, the number of military-connected students using their generous VA education benefits increased significantly, and higher education renewed its commitment to supporting these students. A renaissance of support programs emerged.

In order to meet the increased number of student veterans taking advantage of their newly earned education benefits, many colleges and universities around the country had burgeoning programs and services in place by 2010 to support military-connected students. Symposiums, online jam sessions, and new research programs supported and guided college administrators, staff, and faculty on ways to bridge the military-civilian divide and meet the needs of student veterans.

But while numerous institutions have made great strides, returning veterans can still face significant gaps in understanding, access, and equity to high-quality programs of education. “Only one in ten veterans using GI Bill benefits enrolls in institutions with graduation rates above 70 percent, while approximately one in three veterans using GI Bill benefits attends a for-profit institution,” according to a report by Ithaka S+R.

As Ted’s experience demonstrates, institutions must address barriers to access that have existed for decades. Some schools fail to understand the needs and limited resources of student veterans and they lack ways to implement outreach, recruitment, and adequate support throughout their academic careers. Meanwhile, predatory and low-quality institutions find ways—indeed, bend over backward—to attract military-connected students. There is no reason high-quality schools should not seek the same. This should be an easy sell. Student veterans perform better than their peers academically; they belong at high-quality colleges and universities. It’s why the College Board and Ithaka S+R hosted two convenings since 2018 with higher education leaders to identify ways high-graduation rate schools can recruit and enroll more veterans.

During the College Board and Ithaka S+R conference in February, Improving College Opportunity for Veterans and Service Members, participants identified ways colleges and universities can better support this population. They discussed the benefit of building partnerships with external organizations to increase their opportunity for outreach to potential students as well as capitalize on the institution’s limited resources. They also recommended the need for tangible commitments in an effort to better serve military-connected students and to educate service members on postsecondary options available to them early in their transition to civilian life. 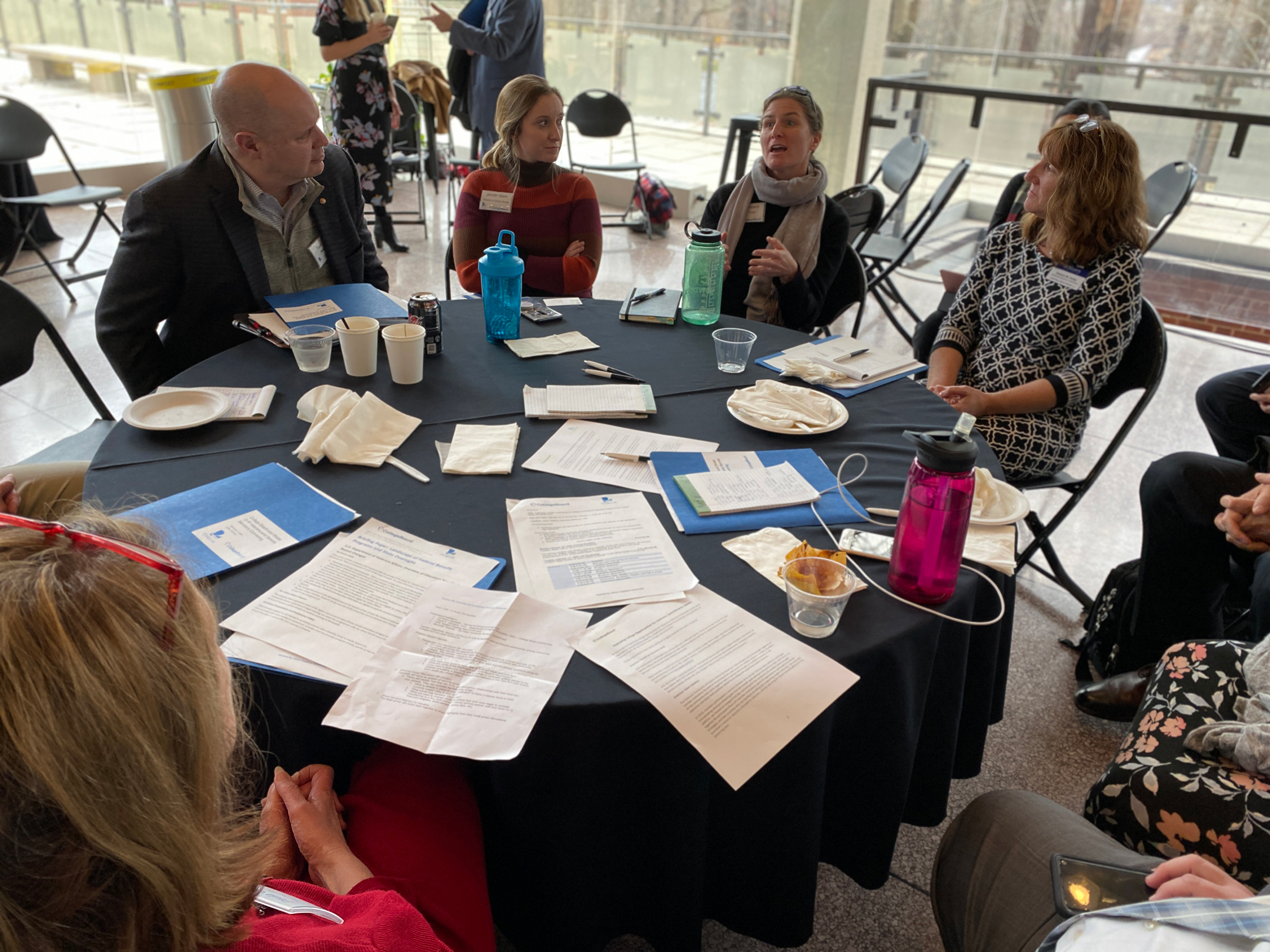 Representatives from military and veterans service organizations and higher-ed institutions discuss ways to sustain veteran-focused partnerships among four-year and community colleges at the 2020 convening hosted by the College Board and Ithaka S+R.

All colleges and universities benefit from having military and veterans students on their campus. They excel in the classroom and succeed in the workforce, earning more money than their peers and having lower unemployment rates. They also are committed alumni who will eagerly share their experience at their alma mater with friends, colleagues, and fellow service members.

With so many benefits student veterans offer a college or university, it is time for high-quality schools to not just talk the talk—it’s time to walk the walk. Don’t wait another 40 years for the next conflict to happen. Now is the time to increase the number of military and student veterans in high-quality college campuses around the country.

Barrett Y. Bogue is president and founder of Evocati LLC.