Why We Celebrate Indigenous Peoples Day

For generations of Americans, the second Monday in October has always been reserved for Columbus Day. It’s perhaps the least memorable holiday on the calendar, bracketed as it is by Labor Day and Thanksgiving, yet some adults count on it for a long weekend (or a deal at the local big-box store) and many kids get a day off from school—or, at least, a break from regularly-scheduled programming to learn how in 1492 Columbus sailed the ocean blue.

But Christopher Columbus did a lot more, and it doesn’t always make it into the curriculum. A fabulist Italian explorer who crossed the Atlantic under the Spanish flag seeking a quicker route to India, Columbus stumbled on islands in the Bahamas and mistook them for East Asia. Very quickly, he and his crew enslaved Native peoples and introduced smallpox and other ravaging diseases that decimated local populations. And he told tall tales of finding cities of gold in the New World, leading countless other explorers to seek fame and fortune and further overwhelm and colonize thriving, vibrant nations of Indigenous peoples. Something he didn't do: step foot on the land that would become the continental United States.

Why, then, does Columbus get a federal holiday? Politics is one reason; history’s malleability is another. (It’s written by the victors, after all.) But it also reflects the place Native peoples occupy in America’s creation myth. When he encountered Indigenous populations, Columbus saw only “Indians” who could be “subjugated and made to do what is required of them.” Early colonists demonized Natives as wild savages; 19th-century expansionists saw a threat to be eradicated; 20th-century Americans further debased and dehumanized the Native peoples who remained.ay still matter and we do have something to contribute to the national narrative." 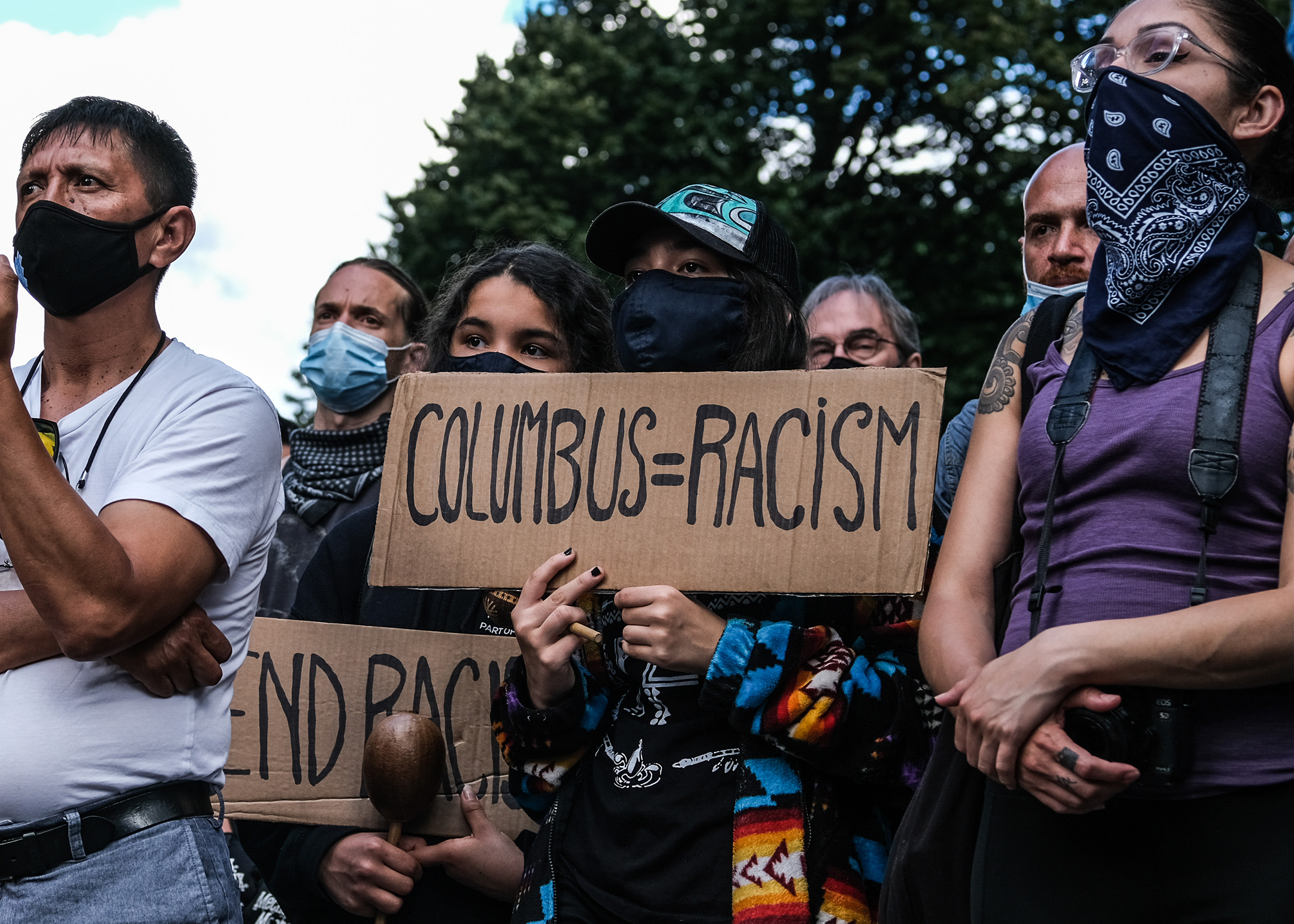 Indigenous Peoples Day, which is also celebrated on the second Monday in October, was conceived as a counter-holiday to recognize the cultures and societies Columbus helped destroy. Perhaps more importantly, it’s also an opportunity for a more expansive, honest conversation about history.

"It's about celebrating people instead of thinking about somebody who actually caused genocide on a population or tried to cause the genocide of an entire population," Baley Champagne, a tribal citizen of the United Houma Nation, told NPR in 2019. Champagne led the effort to get the holiday accepted statewide in Louisiana. "We're bringing awareness that we're not going to allow someone like that to be glorified into a hero, because of the hurt that he caused to Indigenous people of America." 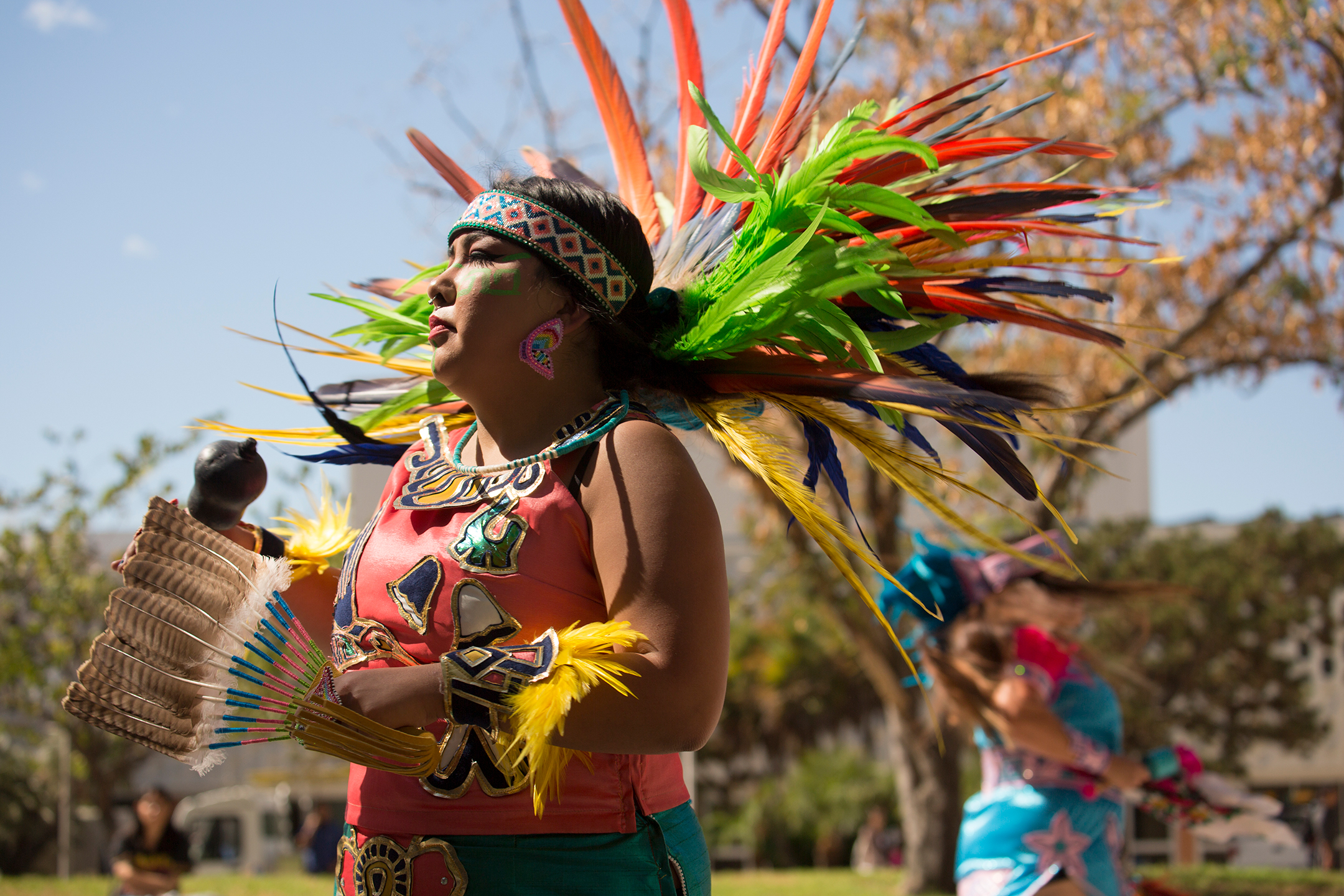 Thirteen years later South Dakota became the first state to do away with Columbus Day, replacing it with Native American Heritage Day. The first Indigenous Peoples Day celebration was in 1992, in Berkeley, California. Since 2014, 14 states, nearly 130 cities and localities, and numerous counties, universities and school districts, as well as the District of Columbia and Trinidad and Tobago, have adopted Indigenous Peoples Day.

“It was proposed to change Columbus Day to Indigenous Peoples Day to recognize Native people as the first inhabitants of the Americas and urging Americans to rethink our collective history," Mandy Van Heuvelen tells The Elective. Van Heuvelen, a member of the Cheyenne River Sioux Tribe, coordinates the Cultural Interpreter program at the Smithsonian’s National Museum of the American Indian. "It's a way to acknowledge that there's really conflicted history there, with the arrival of Columbus and colonization." 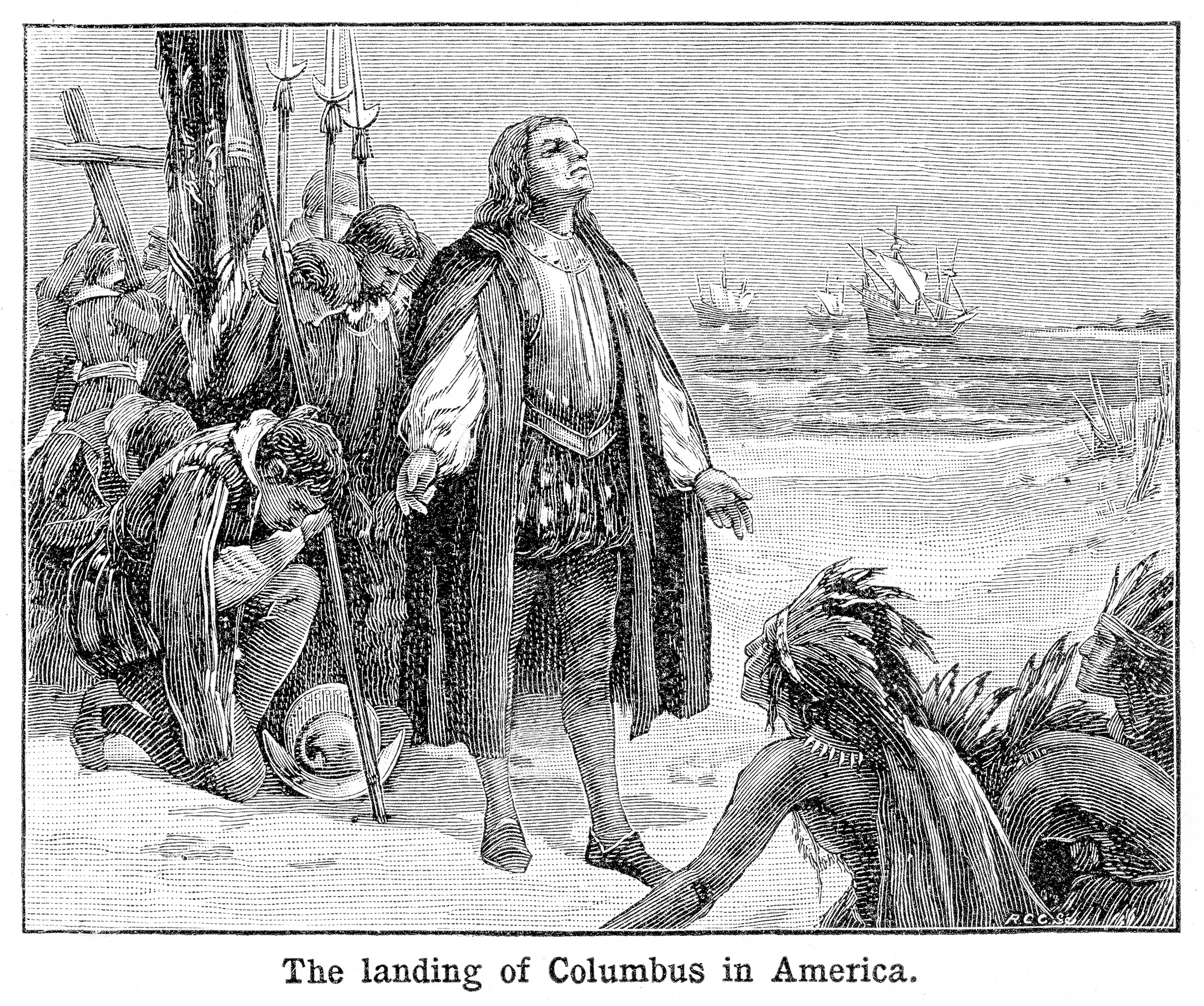 Exaggerated depictions of Columbus arriving in the New World, like this one from 1897, appeared in history and textbooks for generations and helped burnish the image of Columbus as a heroic figure.

That argument has resonated with millions of Americans across the country. But it has also found challengers from traditionalists and, especially, Italian-Americans—the original political force behind Columbus Day.

Columbus, born Cristoforo Colombo in Genoa, Italy, in 1451, became a hero to Italian immigrants in the 19th and 20th centuries. Celebrating Columbus, an Italian, “discovering America” became a way for Italians, who faced vile and racist hate (including lynchings) from “native” Americans, to weave themselves into the national story. Columbus Day emerged as a celebration of Italian-American heritage in 1869, and the first national observance coming on October 12, 1934, thanks to pressure from the New York chapter of the Knights of Columbus. In 1937, Congress made it a national holiday, and a 1972 proclamation codified its observation on the second Monday in October.

"I appreciate that for many people, including some Italian-Americans, the celebration of Columbus is viewed as belittling the suffering of indigenous peoples at the hands of Europeans," John M. Viola, then-president of the National Italian American Foundation, wrote in 2017 in the New York Times. "But for countless people in my community, Columbus, and Columbus Day, represent an opportunity to celebrate our contributions to this country." 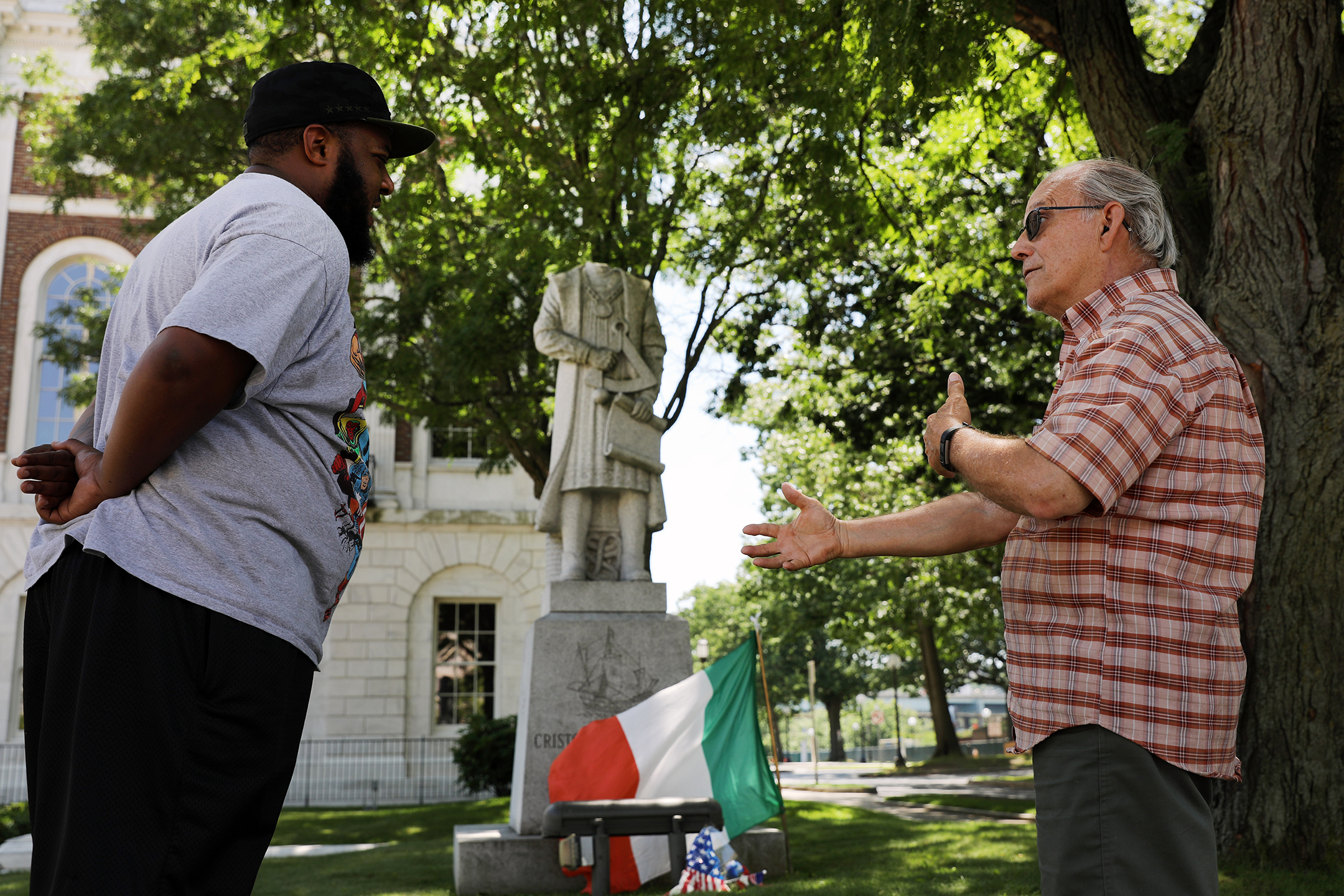 People stand in front of a headless statue of Christopher Columbus outside of Waterbury’s city hall on July 05, 2020 in Waterbury, Connecticut. The decapitated statue, which was given to the city in the 1980s by Italian American organization UNICO.

Despite the controversy surrounding replacing Columbus Day with Indigenous Peoples Day, there is momentum is behind the change. But what’s at stake is more than why we get a day off from school or a reason to get a bargain on a new TV. This is a debate about history: whose story is told, by who, and why. Some segment of Italian-Americans might feel like some piece of their culture is being stolen by moving away from focusing solely on Columbus. But for Indigenous peoples, what’s at stake is far more existential.

"The push to have this recognized as a national holiday is really a push to have Indigenous peoples be visible in our society," Van Heuvelen says. "There's just such a long history of this invisibility of Indigenous people. Indigenous people in the US are a very small minority; we're roughly around a 1% of the entire population of the United States. And yet, we want to show that Indigenous people are still here, and the issues that we face today still matter and we do have something to contribute to the national narrative."