Why Writing Is Important: An Interview with Mario Cuomo

In the Winter 2005-2006 issue of the College Board Review, the former governor of New York explains why everyone should know how to write—and write well

In his third term, New York Governor Andrew Cuomo has become a national figure during the coronavirus pandemic. His daily briefings about the virus’ impact on the state and its people are loaded with facts and figures and charts and straight talk about when the state might reopen. But they’re also full of empathy and emotion, with the governor acknowledging mournfully those who have died and often reminding his audience of the importance of love and finding new ways of connecting with one another, especially family, during this era of social distancing.

Andrew Cuomo’s approach to these briefings has garnered him attention outside of New York, but it’s not the first time a New York governor named Cuomo has captivated a national audience. His father, Mario Cuomo, was in his first term as New York governor when he was tapped to deliver the keynote address at the 1984 Democratic National Convention. His “tale of two cities” speech was empathetic and emotional, electrifying the convention hall and rousing viewers across the country, who connected with his message of tolerance, fairness, and equality. The moment instantly turned Mario Cuomo into a national figure (the way then-Illinois State Senator Barack Obama’s 2004 keynote brought him to America’s attention), and many considered him a frontrunner for future presidential elections. (He declined to run in 1992, instead serving out his third and final term as N.Y. governor.)

Like all good politicians, Mario Cuomo (who died in 2015) knew the value of a well-written speech—of good writing, period. And in the Winter 2005–2006 issue of The College Board Review, he shared his thoughts on why writing is important. His insights are still valuable today—for people running for office or just writing a term paper—but they resonate just a little more, as his son puts them to use on a daily basis in front of a growing audience of Americans. 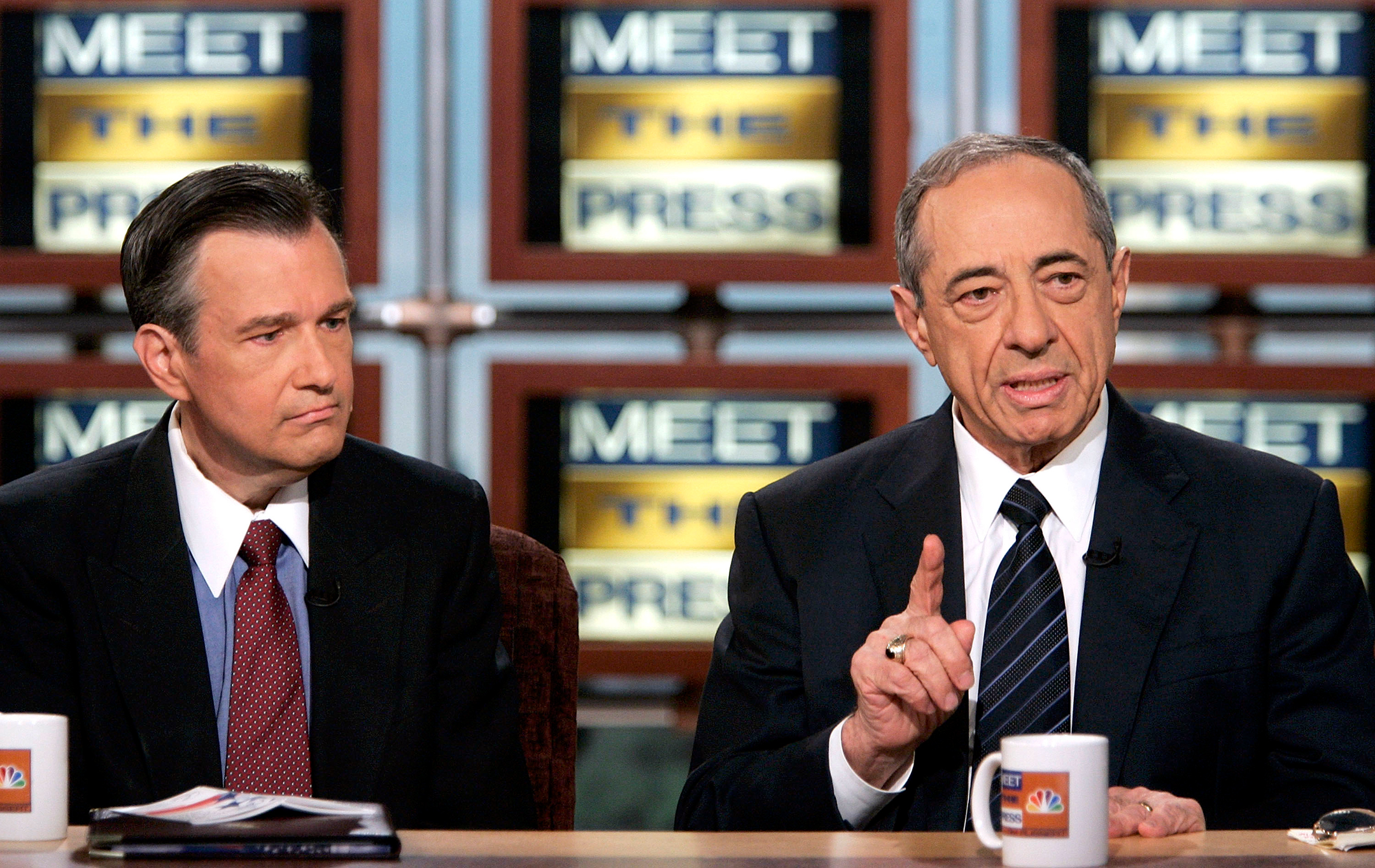 New York Governor Mario Cuomo electrified Americans who followed the Democratic National Convention on television in 1984. His keynote address in San Francisco opened with a reference to President Ronald Reagan's characterization of the United States as a shining city on a hill. "And the president is right," Cuomo said. "In many ways we are a shining city on a hill." Yet "the nation is more a 'tale of two cities' than it is just a 'shining city on a hill,"' Cuomo said. "There's another city; there's another part to the shining city; the part where some people can't pay their mortgages, and most young people can't afford one; where students can't afford the education they need, and middle-class parents watch the dreams they hold for their children evaporate." He urged his audience to convince the American people that "we don't have to settle for two cities, that we can have one city, indivisible, shining for all of its people."

Cuomo's verbal grace and forcefulness that day convinced many people that he had delivered one of the finest American political speeches in many decades, even though the Republicans proceeded to win the election that fall. Cuomo served as governor of New York State until 1995 and is now a lawyer in private practice in Manhattan. In a recent phone interview, he offered The College Board Review his reflections on writing. Cuomo's outlook is greatly influenced by his upbringing. He was born in the depths of the Great Depression, the child of Italian immigrants without formal education. He grew up in the Jamaica section of the New York City borough of Queens, where his parents ran a small shop.

Cuomo believes the very austerity of his circumstances provided him with wonderful advantages: "I saw how these two extremely bright human beings were punished by not being able to read or write. The idea that my mother could have died at 95 and my father at 90, never having had the privilege and joy of being able to read anything, let alone the world's great poetry and the masters, left an impression on me. It inspired a powerful desire to be able to read and write. And of course there was always their urging and prompting; sometimes you could feel the prompting on various parts of your body." 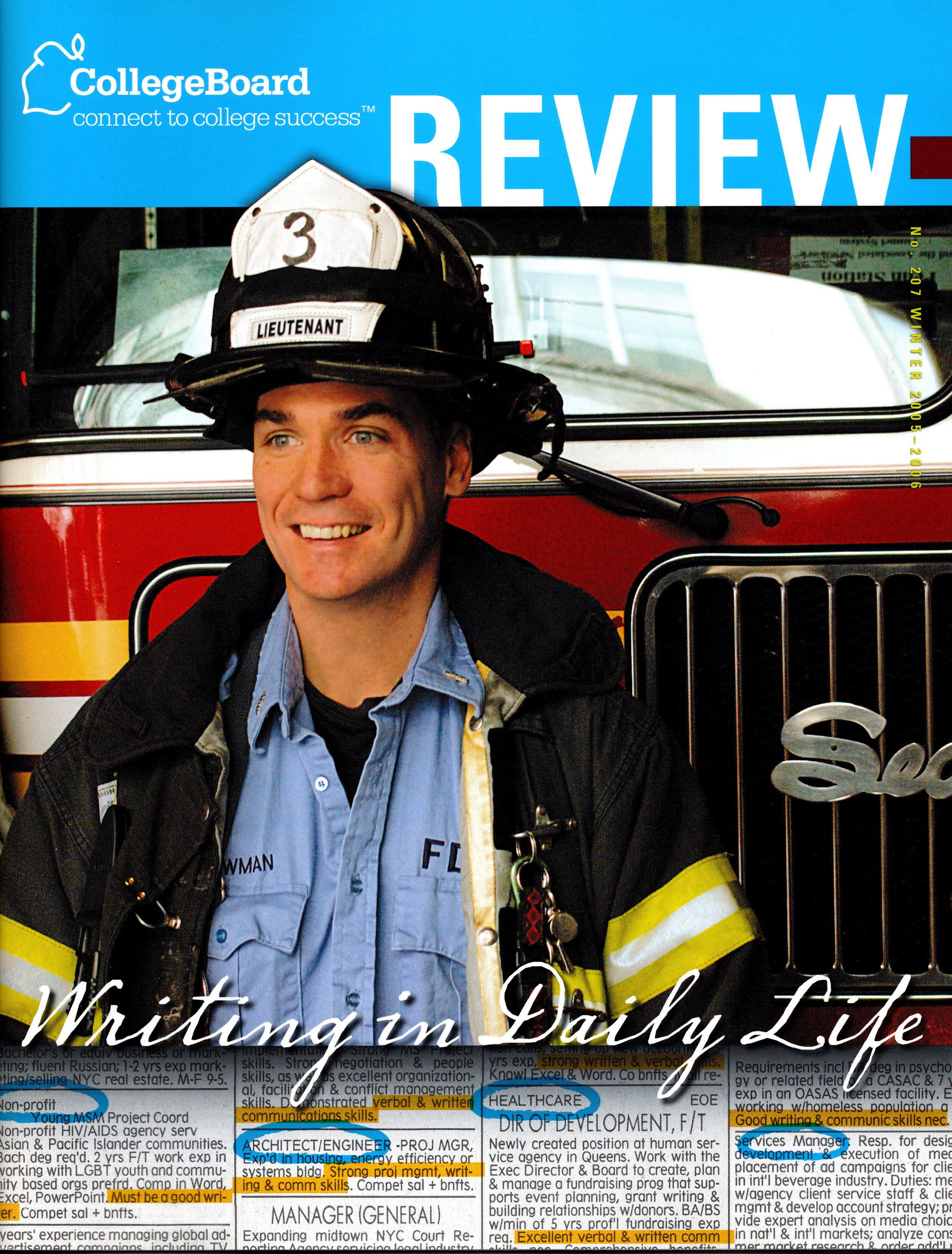 Without a television, computer, bicycle, access to summer camp or Boy Scouts, Cuomo had time to read. "I had the wonderful Queens Borough Public Library, and all the old magazines I wanted because my older brother could retrieve them from the local junkyard during the war [World War II]. So I read more than most young people today do. There was really little else to do in a heavily polyglot immigrant and undereducated neighborhood, with my parents both busy in the store, and me in a little room behind the store, trying to find a way to fill the hours. I did it by reading and listening to the radio. The reading helped me to learn to write, obviously, because one becomes more familiar with words. You can even come to love them, as I did."

Radio, Cuomo said with unhesitating nostalgia, stimulated his imagination, "because you have to write pictures in your mind. What did 'The Shadow' look like?" he asked rhetorically, referring to the popular pre-­television radio crime thriller. "Was 'The Shadow' invisible, or was it a shadow?"

He also looked back affectionately to the high quality of his education at Public School 50 and Shimer Junior High School in his neighborhood, and St. John's Preparatory School in Brooklyn. At St. John's, he remembered regular writing assignments: "We had things like this 'Write an essay tonight, 500 words or less, on the subject of Bromo-Seltzer, without using the verb to be in any form.' When's the last time you heard of a student complaining that he or she had to write 500 words or so without the verb to be? They wouldn't even understand what the point of it was!"

Asked how and why writing is important to a politician, Cuomo cited Volumnia's remark in Shakespeare's Coriolanus: "Action is eloquence ... "1 The effort of writing brings rewards.

"Politicians are basically salespeople who have to sell their policies and their decisions," he said, "first to the voters in order to get the position, and then if they're lucky, to constituencies that elect them. So their problem is: How do they communicate effectively? They communicate in various ways. By writing descriptions of their work that are distributed at regular intervals to their constituents as newsletters; they communicate with speeches, which they get a chance to deliver to audiences who agree to allow themselves to be punished."

Although politicians also make comments on television and in radio interviews, the "communication is done better if they have first written out the ideas they wish to project. ... When politicians don't write before they give a speech or interview, the communication is not nearly as concise, as cogent, or as intelligible as it would be had they prepared something in writing first." 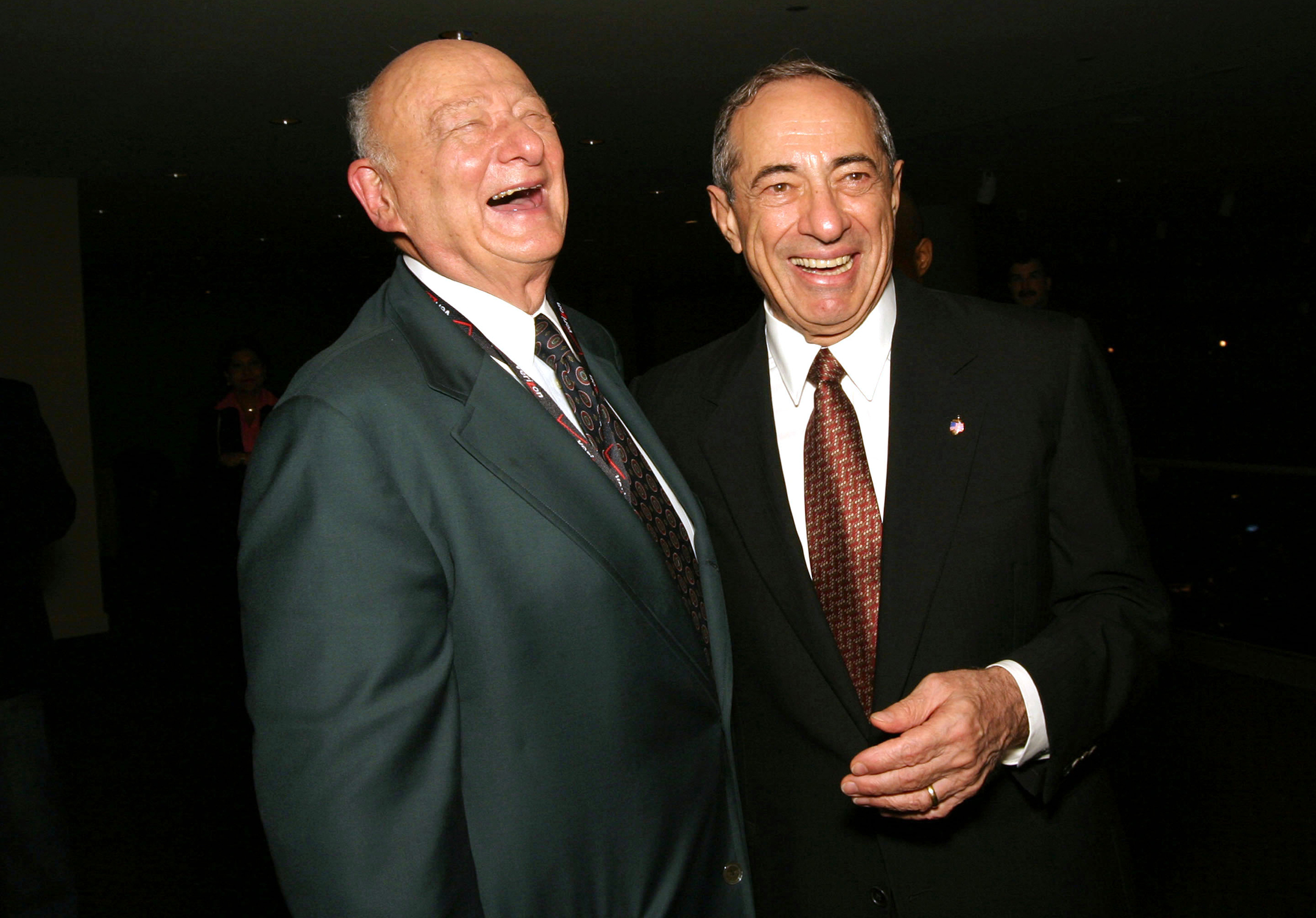 Cuomo believes communication, as the craft of presenting ideas coherently to others, is not "done as well today" as when he was growing up during the 1930s, '40s, and '50s. Modern means of rapid communication also inhibit writing, he said, and he makes clear that he is not entranced by the miracles of what Al Gore once referred to as the information superhighway. The young people of today, Cuomo believes, are "reading less, reading fewer books and magazines that are well written. They spend most of their time on the internet or watching television. You can read a lot on the internet, but very few people will read a classic or even a great speech; they read news and chatter on the internet and they email one another to death."

Cell phones also irk him because they replace much of what used to be written, and computer and television screens leave young viewers "half-dozing or in a trance much more often than they are sitting at a desk reading or writing. The result? I noticed as a professor years ago in law school, where I taught at night for over a decade, that the language of students was getting to be more glib, but their writing was less precise and less effective, and I think that's still true."

How to Write Well: Mechanics

Cuomo does not believe writing can be taught. "All you can do is share some simple rules," he said. "You learn from your own experience, trying to write speeches, books, articles, even a little poetry." He also believes that one should read as many good writers as possible, and he proudly mentioned his decision as governor to create a writer's institute at the State University of New York at Albany, where the novelist William Kennedy serves as founder and director.

Cuomo is an advocate of certain mechanical procedures, including outlines. In preparing a speech, the construction of an outline enables him to set forth his ideas. Then comes the process of understanding what it is you want to communicate. "There are some great actors who become politicians and public officials, who are able to get up there and look at you and swear what they're saying is what they really mean and fool you, because they have the artistry to do it," he said. "But most of us don't ... you should really feel and believe in what you're trying to communicate." 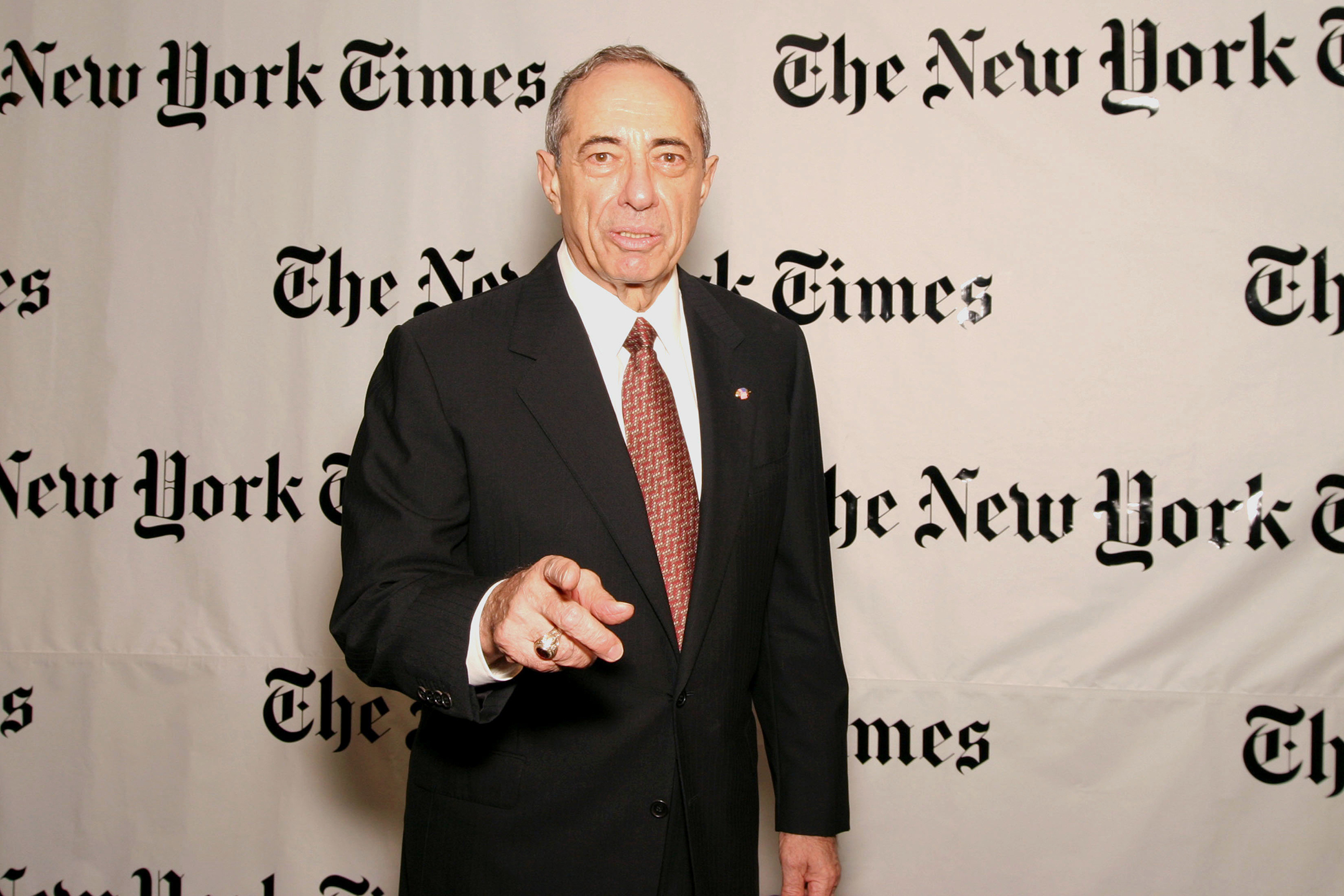 Beware of "fancy language" and the temptation to resort to a thesaurus, Cuomo continued. "A thesaurus may be useful at some point, but the basic thing is to concentrate on clarity and conciseness." Prolixity is another temptation, he believes. "You should edit, then edit, then edit, and if you're very lucky, you should give [the draft] to somebody smart who will edit it for you. Then you should put it away long enough so that you forget what you tried to say and then see what you appear to have said in the writing. The point of putting it away is that you can't edit effectively right after you write something, because you tend to interpolate into the words you wrote the meaning you had in mind. So, you're reading it with this crutch, this enhancement of meaning that the reader or the listener won't have." He concedes that intensive editing is an unaffordable luxury to most, but it is something the authors of books can do, given the time they require to write.

1. "Action is eloquence, and the eyes of the ignorant/More learned than the ears ... " Coriolanus, act 3, scene 2.

From the Archive Tag Politics Tag