Some decisions have a way of staying with you—like not listening to the advice of a trusted teacher. But it’s never too late to admit you were wrong.

It was January 1998, and I was a young woman feeling on top of the world. I was a senior at Ross S. Sterling High School, in Baytown, Texas, and with my acceptance to the University of Texas at Austin in hand I was preparing for a new city, a new world, and a new life. The last thing I was concerned with was my last semester of high school. Clearly, I was suffering from a common—yet tragically severe—case of senioritis. And as usually happens with senioritis, the side effects included both considering, and making, poor decisions.

I spent my middle and high school years aggressively pursuing rigorous coursework, including STEM courses. I never envisioned myself in a STEM career, but I enjoyed math and science and enrolled in as many advanced courses as I could. Since my friends were going to be in the same classes, it just seemed like the right choice. That meant taking Algebra 2 in middle school; geometry, trigonometry, and AP Statistics in high school; and AP Calculus my senior year. I knew it would be a challenging course, but junior-year-me signed up without hesitation, in part, because of the legendary teacher who led the course.

Sally Black, a kind, petite woman with a high-pitched voice and command of all things mathematics, was a legend at Ross Sterling. I had the good fortune of working with and getting to know her as faculty sponsor of the student council, Keywanettes, and National Honor Society. To boot, Mrs. Black was an alum of the University of Texas at Austin and had graciously written a letter of recommendation on my behalf. When the opportunity arose to be her AP Calculus pupil, I was ready for the assignment.

Or so I thought.

My acceptance to UT Austin was my ticket to becoming the next Diane Sawyer. (Stay with me here!) As a broadcast journalism major, I would only be required to take three credits of both math and science to graduate. Because I learned of an “easy” undergraduate course I could take to meet my college graduation requirements (Business Math for Non-Math Majors), I thought, “Who needed AP Calculus?” Not me! 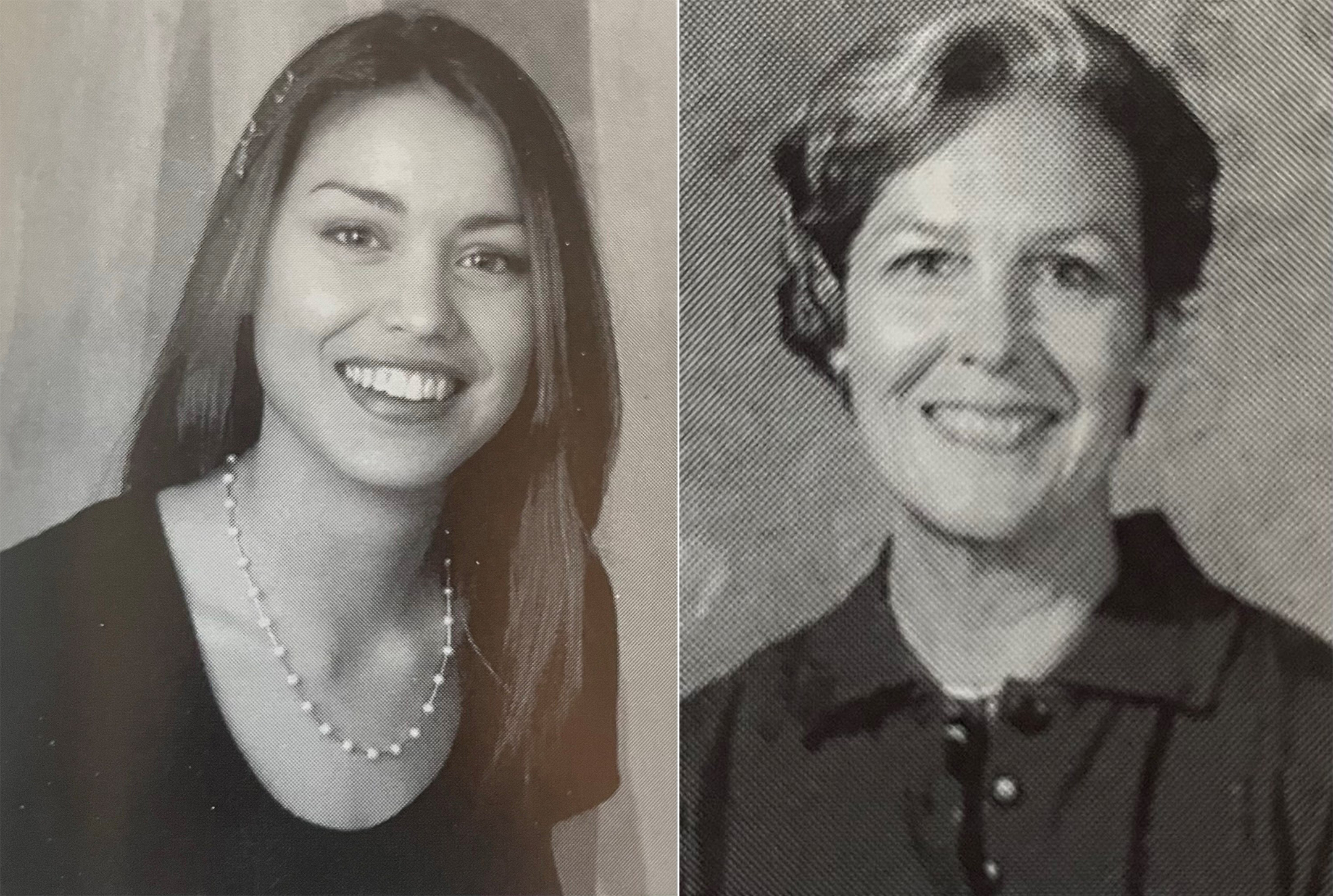 The author (left) during her senior year of high school, and Mrs. Black (right), the teacher whose advice she regrets not taking.

That was 24 years ago and I haven’t forgotten it. In some respects, you might consider this an occupational hazard. You see, as luck should have it, I am now in my 12th year at the College Board, which creates and maintains AP courses, including AP Calculus. I now know all too clearly about the power of rigorous coursework and the impact it can have on a young person’s academic trajectory.

But Mrs. Black knew it in 1998. And now, more than two decades later, I more fully understand her disappointment in my short-sided opinion to drop the course.

I also realize a long-overdue mea culpa is in order. 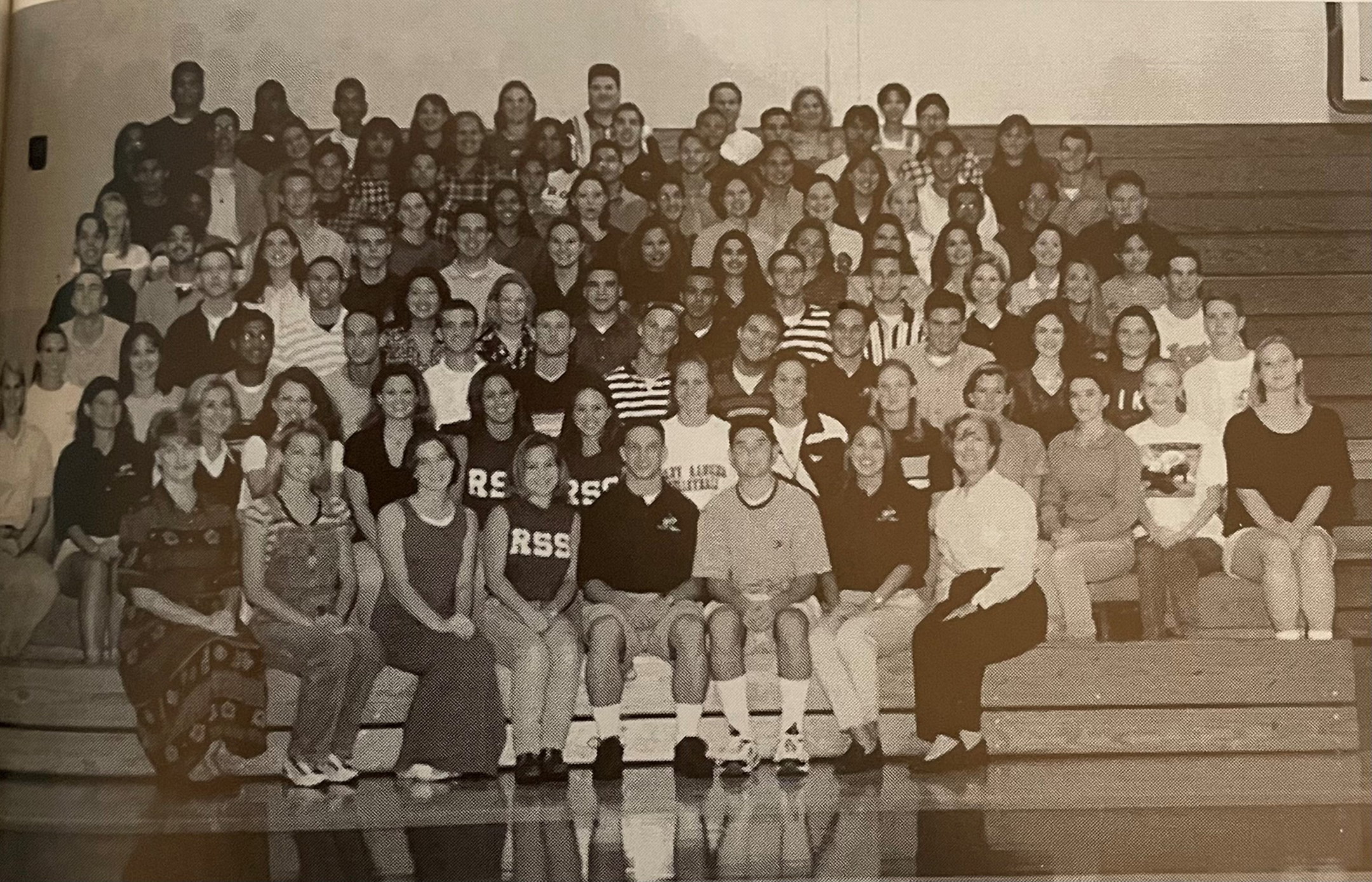 A class photo taken during the author's senior year of high school. Michelle and her teacher, Mrs. Black, are seated next to each other on the far right of the front row.

I owe you an apology. I’m sorry it has taken me 24 years to provide one. (No, that’s not the apology.)

In the spring of 1998, you wisely advised me to complete your AP Calculus course—and I made the exact opposite choice. My reason for dropping the class, if you remember, was I figured the easier way to complete my college math requirement was to take Business Math for Non-Business Majors when I got to the University of Texas at Austin. I sailed through the class and graduated with a BS in communication studies in the fall of 2000. I did not become the next Diane Sawyer—surprise!

But the joke was on me three years later when I had to take an Advanced Statistics course as part of my educational policy and planning doctoral program at UT Austin. It was a long-running gag, it turned out. In future semesters, I had to take additional higher-level math courses, including multiple advanced quantitative research courses. I completed my coursework and earned my Ph.D. in 2006—it was an accelerated journey thanks in part, ironically, to the credit I earned through AP courses. But it would have been easier if I had completed AP Calculus and taken a more rigorous approach to math as an undergrad.

That’s what you suggested, and it’s advice I ignored.

You were right and I was wrong. But something tells me you already knew that.

I’m sorry for not listening to you.