Charismatic Creatures, Cinematic Invention, and Celebrating Teachers: Five Things That Made Us Smarter This Week

From the reptilian to galactic, we learned a lot over the last seven days 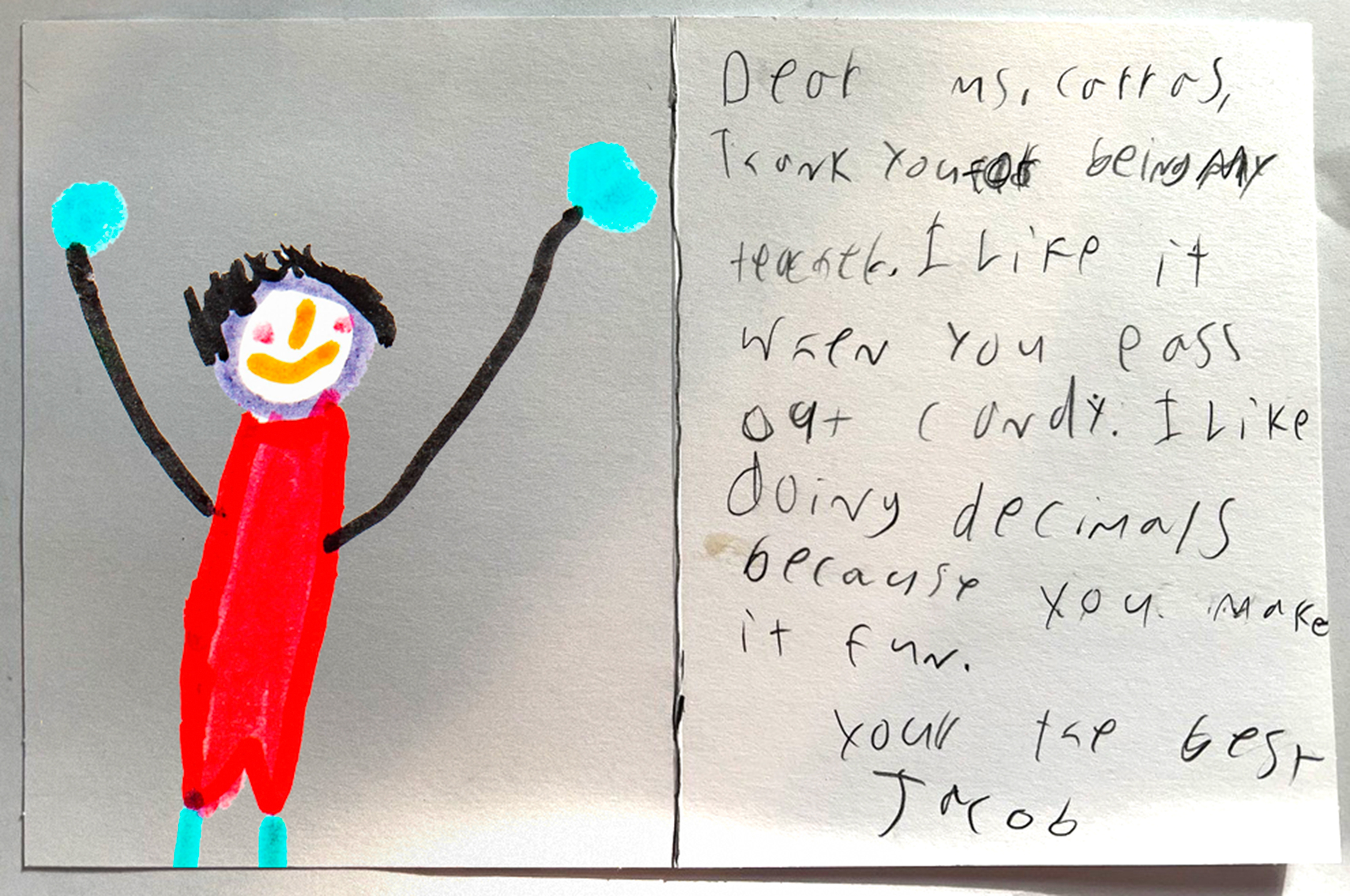 Michele McNeil (with a Getty assist)

At the start of Teacher Appreciation Week, my son’s elementary school sent home a schedule of activities to honor its teachers. Write a thank you note. Bring in your teacher’s favorite treat. Draw or bring her a flower. And so on and so forth. But the list made me wonder: What do teachers really want as a token of our appreciation? It’s a question that’s bigger than just this week. How to thank teachers is top of mind as I continue to see news reports, as we emerge from the pandemic, about teacher burnout, which may be contributing to an already-looming teacher shortage. To be sure, we’ve been hearing about a teacher shortage for a long time, and the problem is different by state, subject, even grade level. One of the smartest reports I’ve seen in awhile on how states can combat the teacher shortage, released this week by the Southern Regional Education Board, looks at this issue from a regional perspective. The SREB region of 16 states saw an average turnover of 8% for several years before the covid-19 pandemic. But by 2020, some states reported average rates as high as 19%. And in some of those 16 states, the share of uncertified and inexperienced teachers (those with two years or less of teaching experience) reached nearly 30%. Solving the shortage is hard, and will take a lot of work—and a lot of time. The SREB report lays out a blueprint that calls for a renovation of policies and practices focused on four areas: pathways and preparation, professional support, licensure, and compensation.

But what’s the average parent or student to do? One suggestion comes up over and over again when you review the Education Week archives: all it takes is a personal note to show appreciation to teachers. When I shared that with my fourth grader, he sat down and wrote his teacher this note to mark teacher appreciation week: “Thank you for being my teacher. I like it when you pass out candy. I like doing decimals because you make it fun. Your the best.” Couldn’t have said it better myself. —Michele McNeil 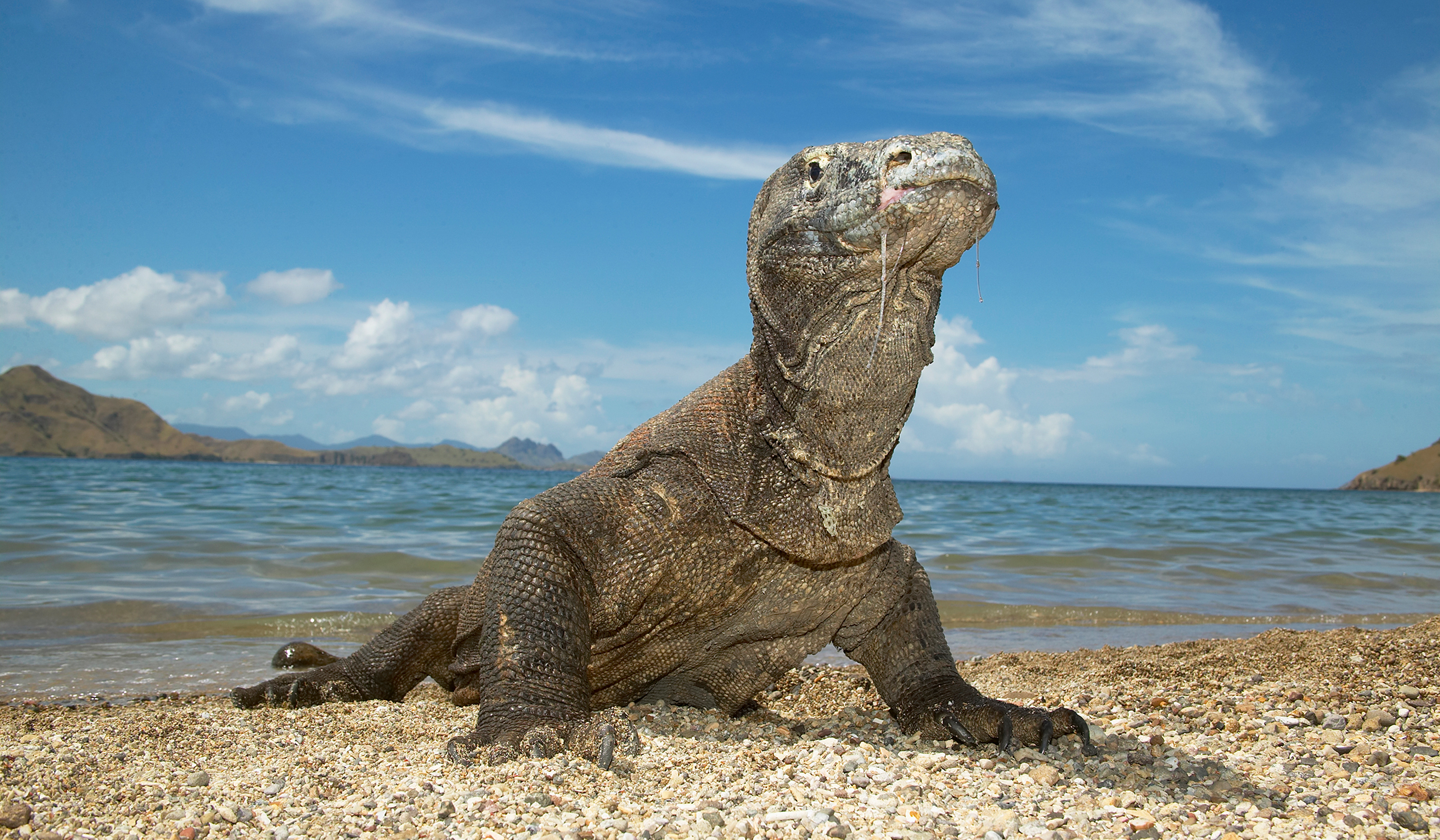 Not charismatic? *Not* charismatic. You've been clearly hanging out with the wrong breed of reptile, my friend.

On April 27, Nature published the first comprehensive study of reptiles. The project involved 52 authors, 900 experts, and 10,196 species. It also took 15 years. Dr. Bruce Young, a co-leader on the study, said part of the reason it took so long was lack of funding: "Reptiles, to many people, are not charismatic. There’s just been a lot more focus on some of the more furry or feathery species." Personally, I find reptiles to be incredibly charismatic—hello, Komodo dragons and king cobras! But regardless of public opinion, reptiles are in danger; the study found that 21% of species are endangered, which threatens more than 15.6 billion years of evolutionary history. Turtles and crocodiles are most at risk, with 60% and 50% of species at risk of extinction, respectively. The most common risk is habitat loss caused by agriculture, urban development, and logging. Climate change is another factor, albeit less prevalent, affecting about 10% of reptile species.

There’s an upside, though. Because of reptiles' "lack of charisma," scientists were unsure of their conservation needs. But the study confirms that many risks—and conservation methods—are similar to that of other animals, so we already have many tools to protect reptiles. According to Dr. Young, best practices include reducing deforestation, controlling illegal trade, and improving productivity in agriculture. The study also identifies hot spots for endangered reptiles, including Southeast Asia, western Africa, northern Madagascar, the northern Andes and the Caribbean. There are distinct challenges slowing down reptile preservation: nations participating in a new global agreement to tackle biodiversity, for instance, are struggling to find consensus on next steps. And because the largest threats to reptiles are human-made, we need to make significant changes to our consumption habits to protect the reptilian inhabitants of our world. As we take baby steps toward progress, I'll be thinking more about my own habits—and share words of affirmation (you are charismatic) with all the reptiles I encounter. —Hannah Van Drie

Lucille is obviously not a Trekkie.

Star Trek and Star Wars fans have long been at odds with each other. Trekkies admit their favorite franchise might not have Star Wars-like box office receipts, but that it’s made up for in intellectual storytelling and predicting a multitude of technologies we now use — sometimes decades before they reach our hands. Many, many, many internet lists have highlighted Star Trek tech resembling today’s mobile phones, video calls, Bluetooth, Alexa-style virtual assistants, tablet computers and their touchscreens, 3D printing, and virtual reality. But Star Wars fans have their own day: May the Fourth (Be With You). And in honor of this week’s edition, Live Science published a list of technologies Star Wars predicted that are becoming a reality. Topping the list are androids like C-3PO and R2-D2, in the form of Boston Dynamics’ two-legged Atlas and four-legged Spot (of viral dance video fame). Luke Skywalker has advanced prosthetics—sheesh, nearly every character does in a galaxy far, far away—pointing the way to Open Bionics’ Hero Arm. The company, which crafts a range of themed 3D-printed arm prosthetics, even touts a Mark Hamill quote on its website: “Your limb difference is your very own superpower.” The Live Science list also mentions universal translators, landspeeders, commercial spaceships, warp drive (ahem, “hyperspace”)—but, yes, I know, what about lightsabers? Well, the madmen over at YouTube channel Hacksmith answered that in 2018, gifting us “the world's first retractable, plasma-based energy sword, with a 4,000-degree Fahrenheit (2,200 degrees Celsius) blade capable of cutting through solid titanium.” They even crafted a movie-accurate lightsaber-like hilt (paired with an external fuel pack on the wielder’s back). What practical use is a lightsaber, compared to those other technologies, you ask? Have you seen those expensive robots dance? Stop asking questions! And May the Fourth be with you—always! —Christian Niedan 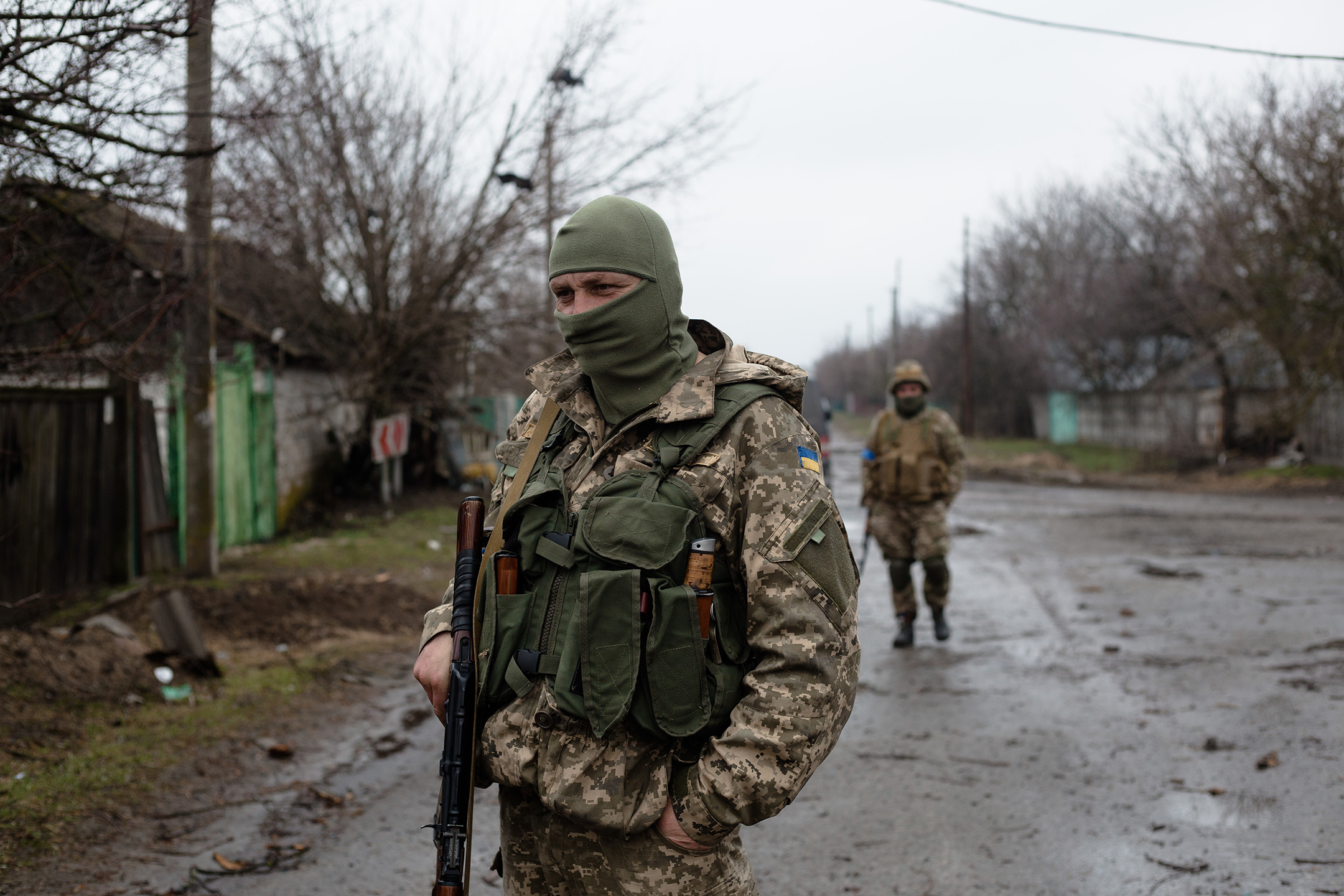 Ukrainian servicemen carrying weapons walk on a road on April 1, 2022, in Svitylnia, Ukraine.

One of my favorite college classes centered on the political economics of warfare—not the weapons and battlefield tactics, but all the work that goes into fielding, training, and supporting an army. I still remember reading The Sinews of Power, which was all about the use of creative tax policy and deficit financing to turn Great Britain into a military power. Over the course of a long conflict, no amount of heroism or strategic brilliance is likely to overcome fundamental differences in social, political, and economic strength. The society that can fund, organize, and equip an army for the long haul will generally prevail.

I saw echoes of that class in a Wall Street Journal piece from a few weeks ago, about the years that NATO countries have spent training and reorganizing the Ukrainian armed forces. Since the Russian invasion in February, there’s been a lot of attention paid to the weapons we’re sending to our Ukrainian allies, the missiles and artillery and advanced communications gear that’s helping them mount a fierce defense against a far larger Russian force. But WSJ reporter Daniel Michaels makes a compelling case that bureaucratic reform—audits, inspections, logistics experts, and better management—matter at least as much. “NATO introduced the idea of noncommissioned officers: experienced soldiers promoted to ranks of authority who serve as vital links between top brass and ground troops,” Michaels writes. “NATO countries also helped Ukrainian military leaders adopt an approach called mission command, where higher-ups set combat goals and devolve decision-making as far down the chain of command as possible, even to individual soldiers.” All of that may sound like boring business school jargon, but it turns out to make a huge difference on the battlefield. Having greater trust in the ranks is just as important as having a stockpile of Javelin missiles, and it’s not something that most dictator-directed armies can match. “In Russia, nobody challenged the military,” the former Ukrainian defense minister Andriy Zagorodnyuk told the Journal. And when you don’t get challenged, you don’t learn. —Eric Johnson 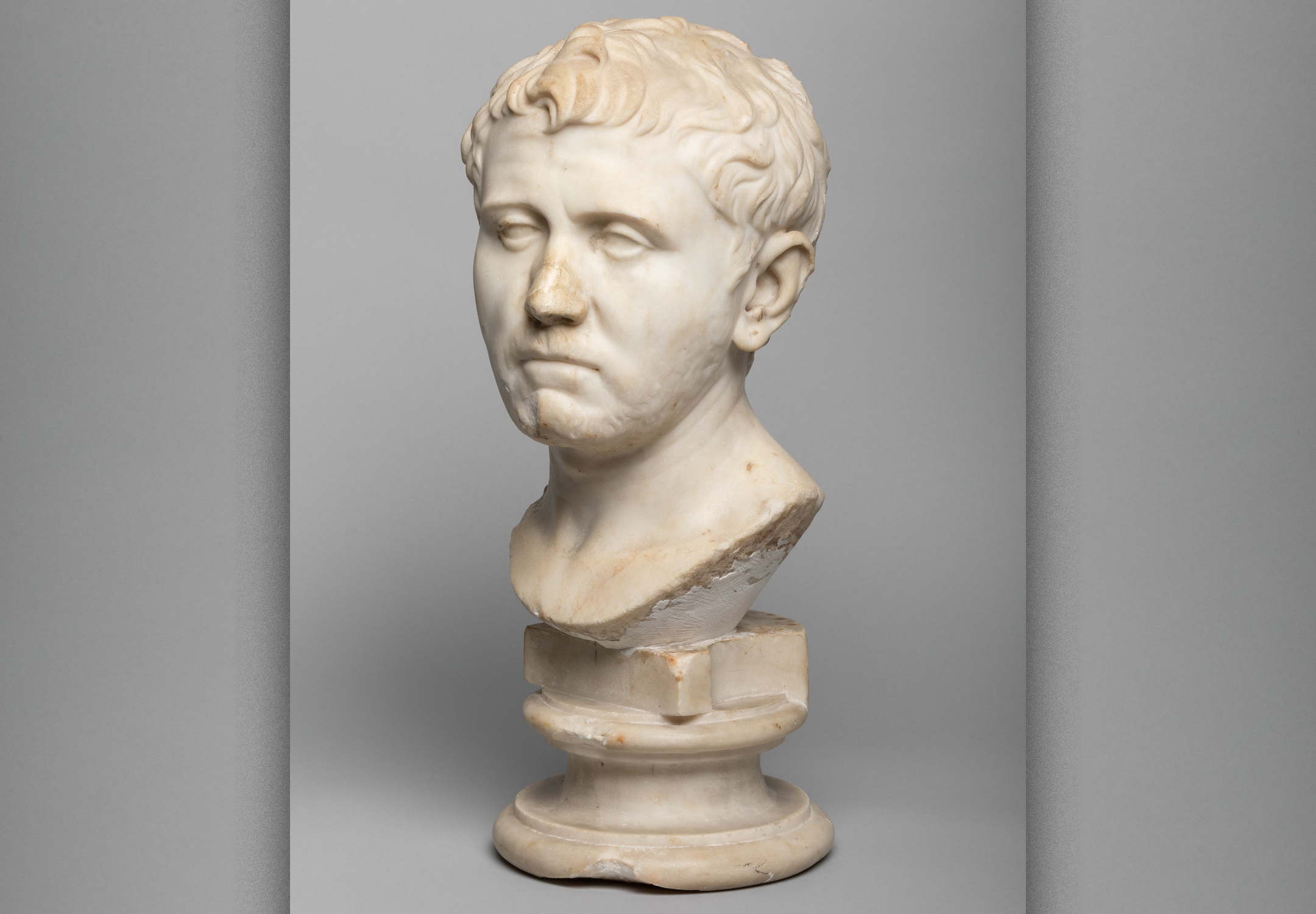 A few weeks back I wrote in this space about the search for the one true bust of Julius Caesar. I figured that would be it for my dabbling in quirky antiquity. And yet… This week on Twitter, I learned about Austin antiques dealer Laura Young’s strange journey into the bowels of art law and repatriation of looted cultural treasures thanks to a $34.99 marble head (“Clearly antique—cleary old,” she told Austin’s NPR affiliate KUT) she found under a table at a local Goodwill. “Young wanted to figure out what the sculpture was, so she did some Googling and she started to piece things together,” writes Matt Largey. “She contacted an auction house in London that confirmed it was really old—like FIRST CENTURY old. Another auction house managed to find the head in a catalog of items from a German museum in the 1920s and 1930s.” The bust of Roman general Drusus Germanicus had been housed in Pompejanum, a Pompeii-inspired museum built in the 19th century in Aschaffenburg, Germany. And that’s where it stayed until Allies bombed the city in 1945, destroying Pompejanum. Much of its collection was destroyed or looted, and it’s likely that an American soldier found it and brought it home as a war souvenir. All very interesting, but for Young it meant she knew she couldn’t keep the bust. But getting it back to Germany wasn’t as easy as calling up the consulate. She hired a lawyer specializing in this stuff who spent years negotiating the bust’s return. In the meantime, Young gave it a place of pride in her home and even gave it a new name: Dennis, after a character on It’s Always Sunny in Philadelphia. Four years after buying the bust, Young’s lawyer finally worked out a deal with the Bavarian Administration of State-Owned Palaces, Gardens, and Lakes: the head will stay in Texas for a year before returning to Europe in 2023. (If you’re near San Antonio, check it out!) We often hear stories about art stolen by the Nazis and the wrenching, often-decades-long process that generations of decedents of original owners navigate to get the piece back into their homes. Laura Young’s experience is more… Kafkaesque and picayune, but that’s why I love it. World War II’s impact on global culture is profound—and this odyssey is a reminder that not every piece of looted art has the high-profile intrigue of “Adele Bloch-Bauer.” Sometimes the looted loot ends up in a dusty corner of the neighborhood Goodwill. —Dante A. Ciampaglia