ESports Exclusion, Active Resistance to Passive Voice, and Belgian Border Battle: Five Things That Made Us Smarter This Week

From weeding irksome language to growing STEM, we learned a lot over the last seven days 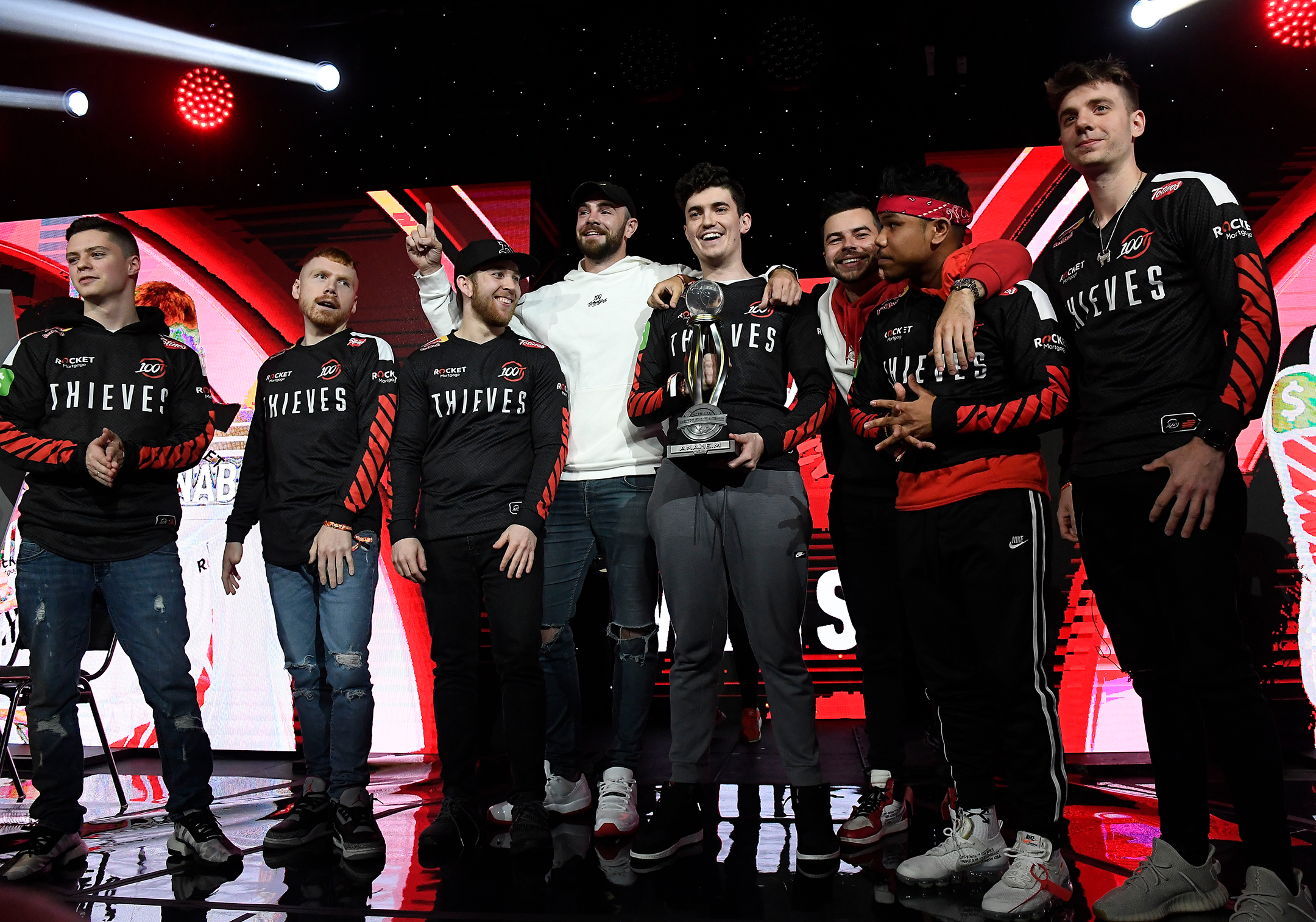 Team members of 100 Thieves, celebrate their win at the Call of Duty World League at Anaheim Convention Center on June 16, 2019 in Anaheim, California.

Legacy pro sports—Major League Baseball, National Football League, National Basketball Association, and the National Hockey League—have lots of racist and segregationist skeletons in their closets. But it's an entirely different thing—more disconcerting, even if completely predictable—to grapple with the racism and segregation in something as new and trailblazing as eSports, where the competition is video games and the field of play is virtual. The Elective has covered eSports since the site launched in March 2020 specifically because of its potential to create opportunities for all kids—Black and White, male and female, able-bodied and differently-abled—to participate, engage with STEM on their level, and open their worlds to new kinds of career paths. But as Luke Winkie documents in The Atlantic, eSports is riven with the kind of discrimination that would be familiar to traditional athletes, as well as types that are specific to our moment.

Winkie frames the story around the fighting-game community of the 1990s, how it exists today in parallel (rarely overlapping) with the eSports leagues that get multi-million-dollar investments and airtime on ESPN, and the people left behind in that bifurcation. "Esports is an industry obsessed with newness, and one that’s often more interested in reinventing the wheel than revisiting the past," Winkie writes. "The history of the early days of fighting games—and many of the Black and brown faces that helped frame it—has been effectively forgotten." He does important work in returning those gamers to the conversation—as well as spotlighting the reality that their marginalization has as much to do with class as race: "Everyone I spoke with for this story talked about these socioeconomic barriers when asked to diagnose esports’ diversity problem. It’s tempting to think of segregation as the direct result of individual actors, but the truth is as banal and as intractable as what kind of computer someone has at home." The digital divide doesn't just damage kids’ education and career options—it also excises them from cultural experience and our collective memory.

Reading the story I was reminded of baseball's Negro Leagues. In their lifetimes, some of the best ballplayers to ever take the field—Josh Gibson, Satchel Paige, Cool Papa Bell, Turkey Stearnes—were relegated to second-class baseball citizens because of the color of their skin. And for decades after Jackie Robinson integrated MLB in 1947 and the Negro Leagues folded, those players' status remained secondary, enforced by a record-keeping system that perpetuated in history the segregation that kept them off major league rosters. Back in December, Major League Baseball took the first steps to correct this grievous injustice by adding Negro Leagues stats into MLB's official records. After more than a century of black baseball experience, it was a long time coming. But how is it we're repeating the mistakes of the past with something as future-forward as professional video gaming? Winkie nails the answer: "Not even esports—an industry built from the ground up, over the last three decades—can escape the centrifugal force of structural inequality. Racism can determine where people live and what jobs they have. Why wouldn’t it also arbitrate what video games they’re allowed to play?" Let’s not wait 100 years to address—and correct—this problem. —Dante A. Ciampaglia 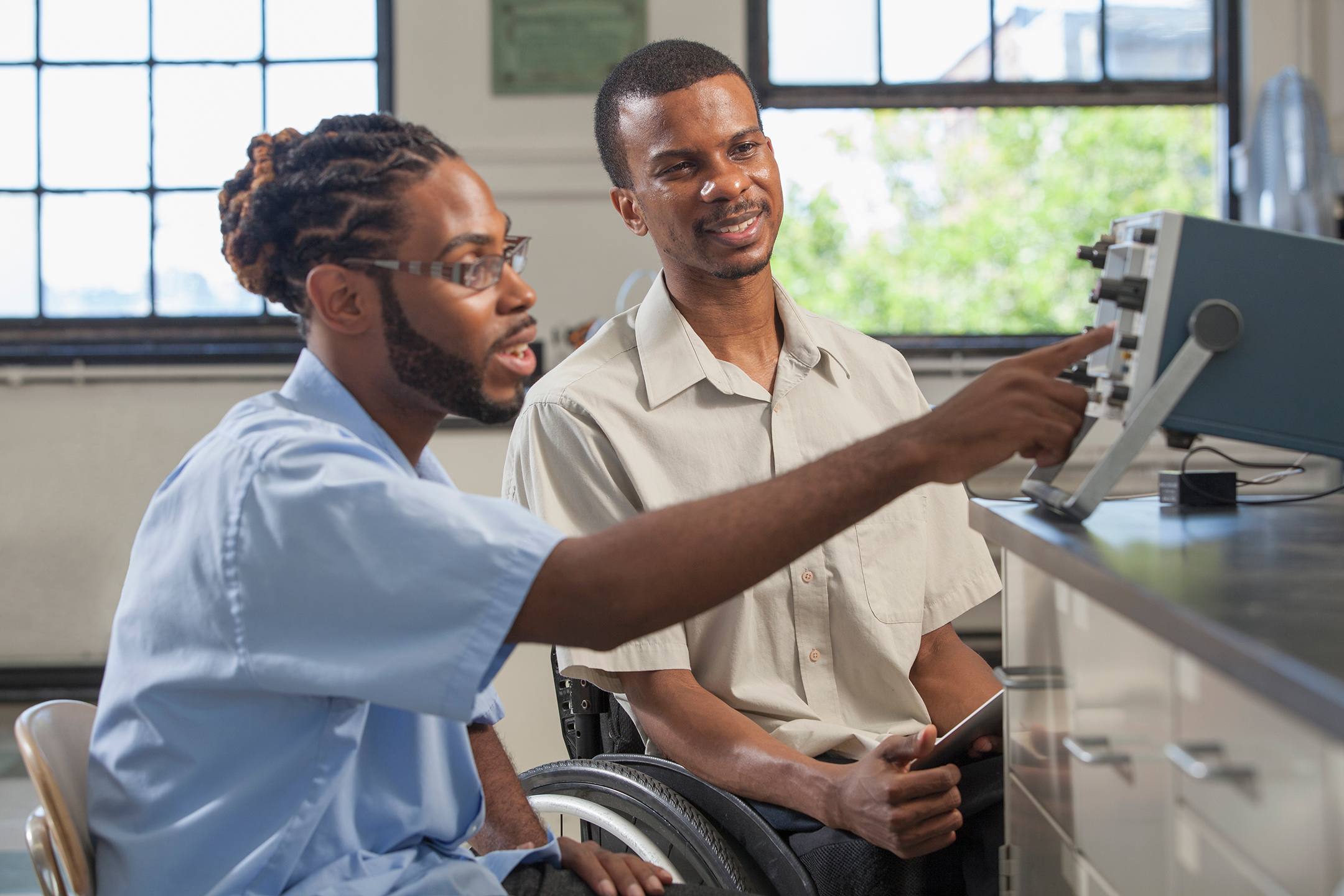 New research suggests Black students are more likely to succeed in college STEM courses if they work with Black TAs.

An Assist on Diversifying STEM

Universities have talked for years about the need to diversify STEM fields. Majors like computer science and biomedical engineering are overwhelmingly White at most schools, which means not enough Black or Hispanic graduates to help bring more diversity to the science, tech, and medical fields. A new paper from the National Bureau of Economic Research suggests a simple way to make some progress: more diversity among teaching assistants in STEM classes. “We find evidence that underrepresented minority students are less likely to drop courses and are more likely to pass courses when assigned to minority TAs,” the researchers write. And interestingly, they conclude that this isn’t because of any boost in grading, but more likely due to better relationships and more encouragement from minority TAs to minority students. Their discussion of the reasons for the boost in retention are worth quoting in full:

“Minority students might benefit from having minority TAs because: i) they are inspired by having an uncommon minority TAs as a role model in the sciences or STEM, ii) they are more comfortable talking to and interacting with minority TAs, iii) they are more likely to believe that they will learn from minority TAs who share similar backgrounds and languages, and iv) they increase a sense of belonging to the university and field of study. The positive effects that we find do not appear to be due to a conscious or subconscious TA grading bias either. Our study occurs in an environment where grading is objective and potential grading bias is minimized.”

In other words, having a teacher who can inspire, understand, and relate to you matters enormously. —Eric Johnson 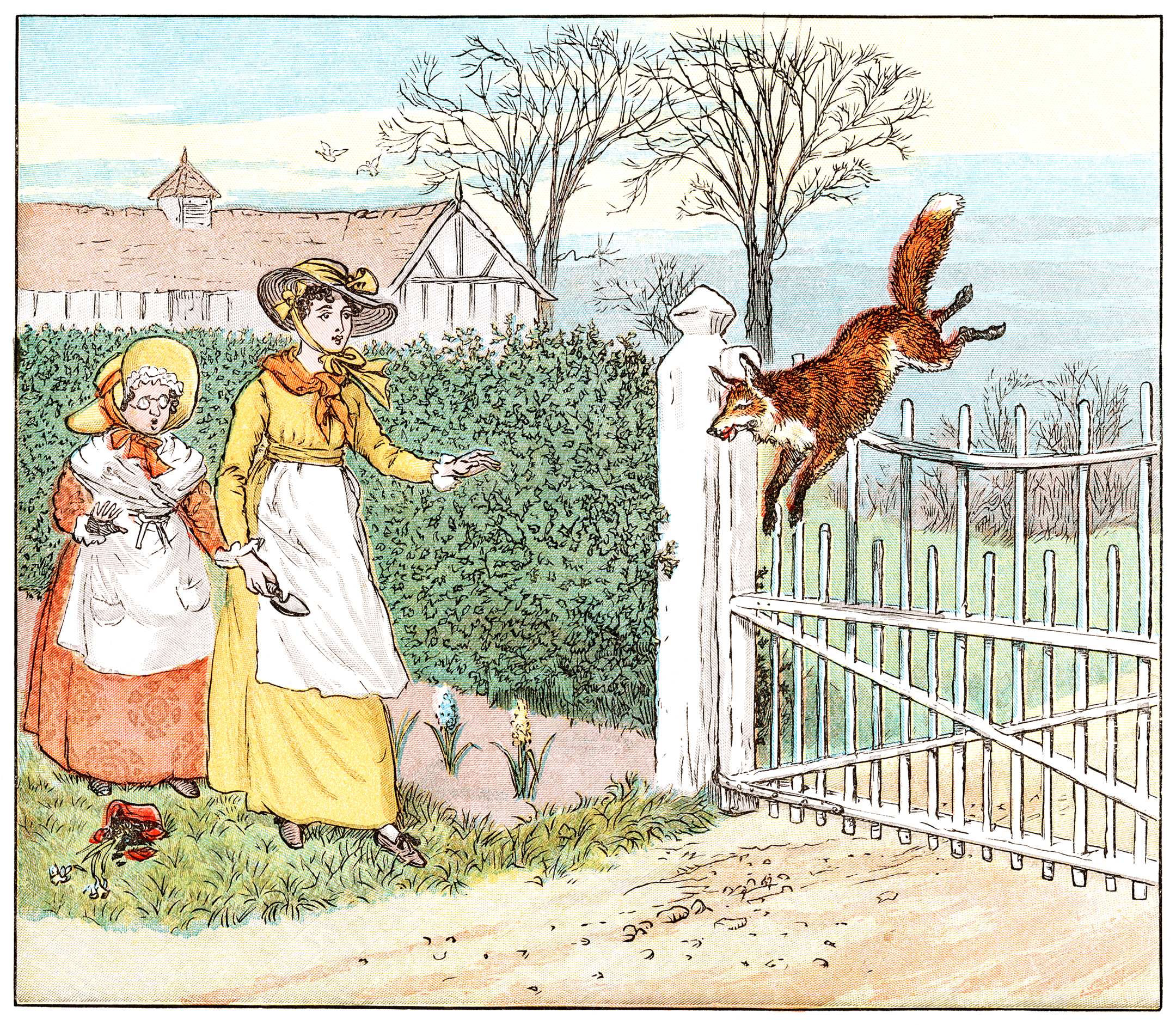 Two friends, who were women and partial to hats and smocks, were out for a walk on a day that was sunny when a fox that jumped high over a fence caught them by surprise. Or, Two women were startled by a leaping fox.

Sometimes harsh parody is the best route to wisdom. In a bracing piece for McSweeney’s, writer and software engineer Vijith Assar deconstructs the way bureaucratic, passive-voice writing is often used to gloss over a straightforward truth. In his brilliant rendering, “The quick brown fox jumps over the lazy dog” morphs into “Speed was involved in a jumping-related incident with a lazy dog while a fox was brown.” Assar shows how the passive voice is used to evade responsibility, since “culpability is impossible when actions no longer exist.” (Be warned: one of his real-world examples is timely, stark, and upsetting.)

For more practical tips on how to avoid “ambiguous grammar,” check out the Learning Agency Lab and their recommendations for taming run-on sentences and learning to argue. “The connection between thinking and writing is very strong. Most of our thinking takes place in a fleeting, internal manner,” but “writing can involve different, more complex, and more sustained kinds of thinking. The habits of mind one develops through the writing process can also stay with us when we are thinking through issues and arguments outside of the context of writing.” Write better, think better, argue better—become a more effective force for change. —Stefanie Sanford 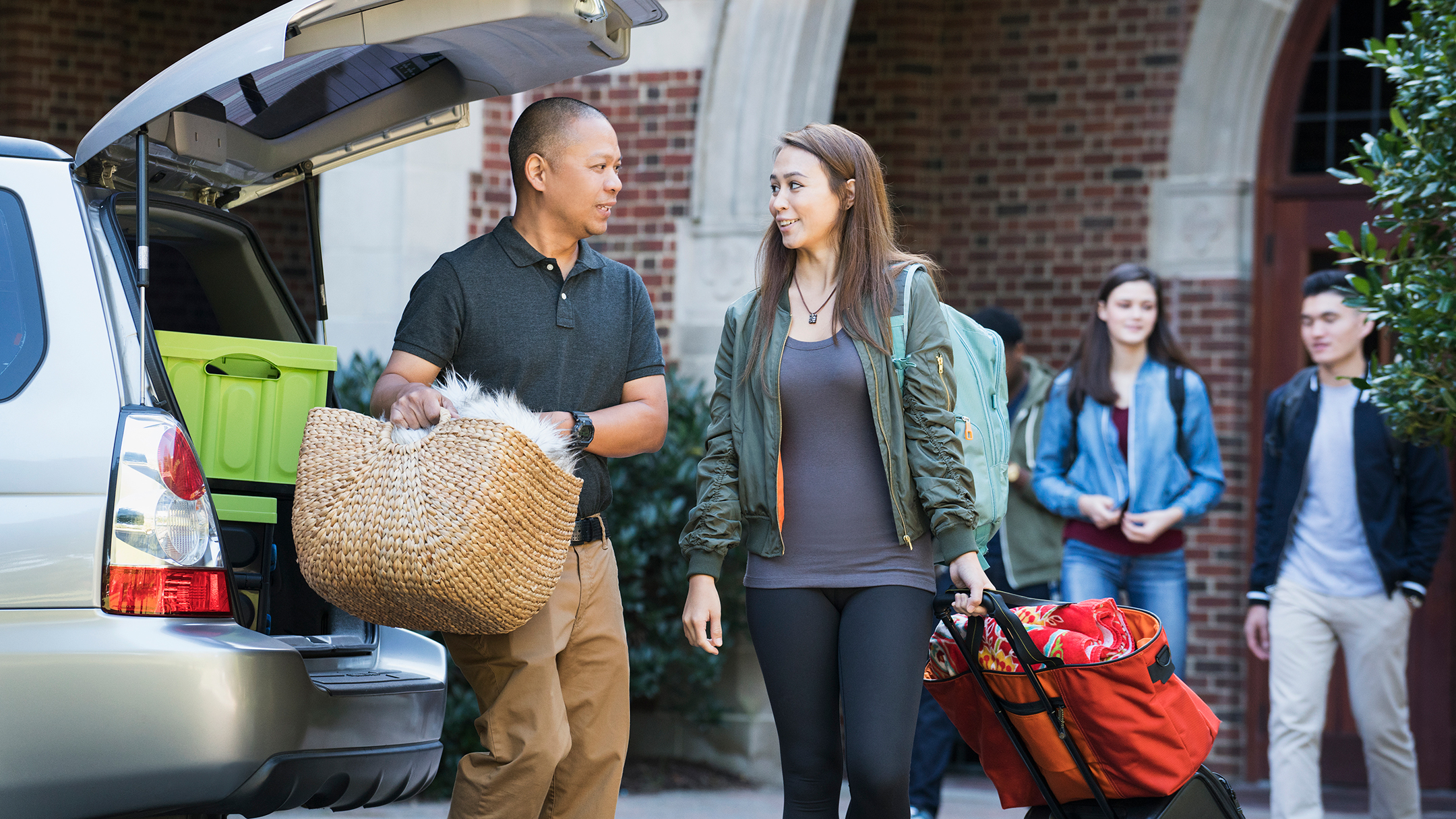 Scenes like this one, of a parent helping their child move into their freshman dorm, are a rite of college passage. But if new research is any indication, they may become more uncommon as students and their families seek out alternates to four-year colleg

Americans are getting more skeptical about college. “A Gallup survey, commissioned by the Carnegie Corporation of New York, a philanthropic foundation, and released April 7, 2021, found that 46 percent of parents said they would prefer not to send their children to a four-year college after high school, even if there were no obstacles, financial or otherwise,” Jill Barshay writes in The Hechinger Report. “Previous polls of U.S. adults have also detected waning support for higher education, despite politicians’ and college advocates’ urging that a four-year degree is one of the best paths to a middle-class life in a fast-changing, high-tech economy.”

That waning confidence in higher ed reflects a growing frustration among some parents, especially in predominantly rural areas, at the notion that a four-year degree is the only path to a stable, middle-class life. Politicians on the left and right are voicing stronger support for vocational training, apprenticeships, and other post-high school options for students who don’t want to pursue college. “The nation’s longstanding focus on making college accessible to all has had the unintended consequence of leaving behind those students who are either unable or uninterested in pursuing a traditional college path,” writes LaVerne Evans Srinivasan, vice president at the Carnegie Foundation, which funded the survey. It’s notable that the strongest support for the college pathway is among Black and Hispanic families, and that a wide gap has emerged between Democrats (70% in favor of four-year college for their children) and Republicans (46% in favor). Higher education has some work to do if it’s going to avoid becoming yet another partisan flashpoint. —Eric Johnson 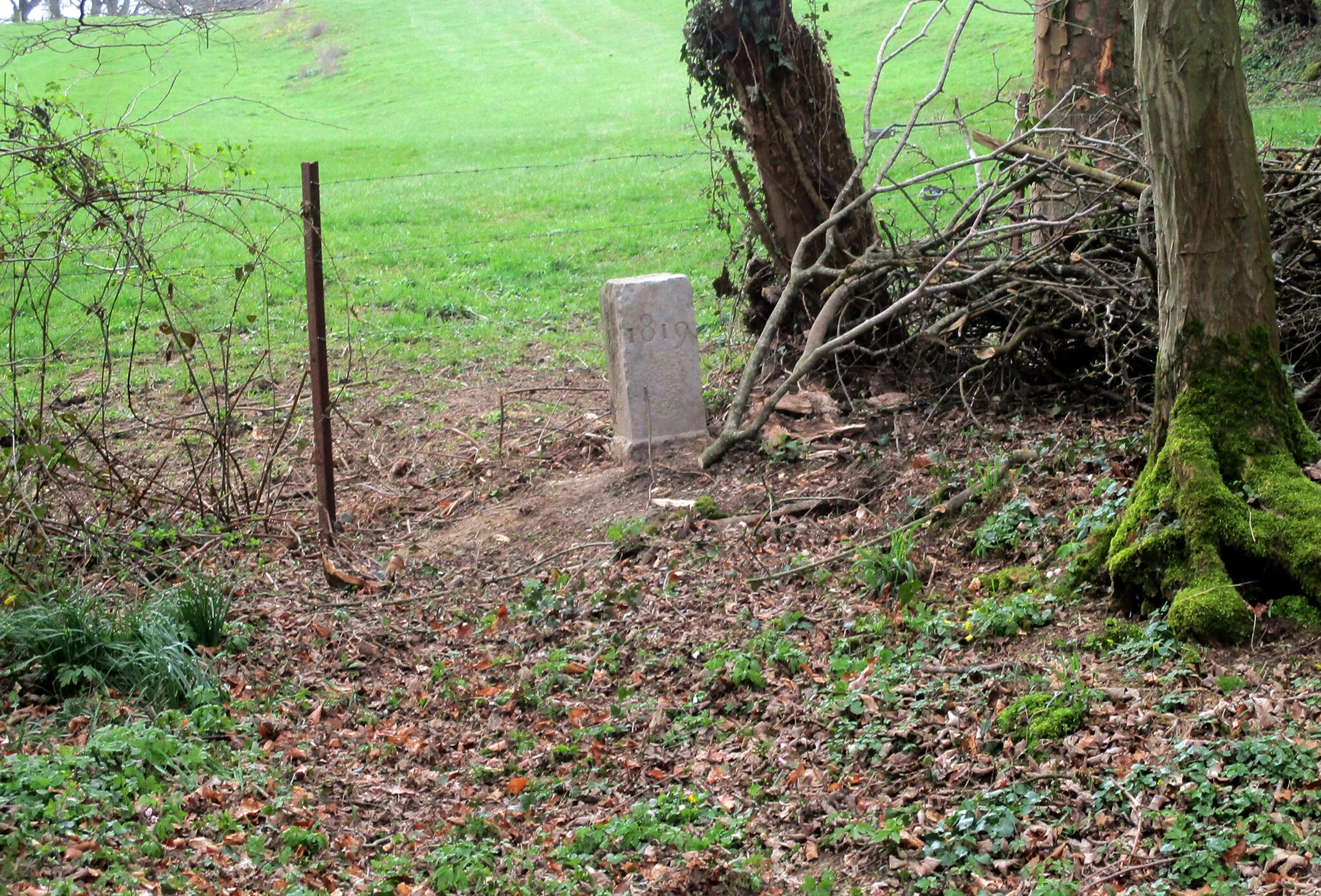 Sometimes it's a botched spy mission or cyberattack that incites international incidents. Other times, all it takes is a farmer trying to give himself a little more land by moving a stone he figures no one will notice was moved seven feet that way.

Walls! Fences! Moats with alligators! Sharks with frickin' laser beams attached to their heads! (OK, maybe that last one is fake. But here in the United States we're used to a discourse about borders that borders on hyperventilating existentialism. So there's an old-world charm about the quaint—and so-far polite—border kerfuffle between France and Belgium and one of my favorite stories of the week.

At some point in the recent past, a Belgian farmer moved a 330-plus-pound stone in the vicinity of his property near the towns of Erquelinnes, in Belgium, and Bousignies-sur-Roc in France. In so doing he shifted the border between the two nations, enlarging Belgium's territory by seven feet. The unnamed farmer—who's undoubtedly a beast when playing Risk—also caused Belgium to violate an agreement that dates back to the 1815 defeat of Napoleon at Waterloo. The Treaty of Kortrijk redrew France's borders, with "the new route, which goes from Dunkirk to the Ardennes, marked out by markers to delimit the two countries," according to La Void du Nord. The stone the farmer moved is one of those centuries-old, long neglected border benchmarks. They're so overlooked, in fact, that it's possible no one would've noticed one was moved if not for local history buffs Jean-Pierre Chopin, Philippe Fayt, and Jean-Paul Maieu. But now that it has been detected, there's a very orderly scramble to restore it—and the agreed-upon borders—before things get real. “It’s very, very serious,” Chopin told the New York Times. “Well, ‘serious’ in quote marks because there are of course many more important things than this.” But seriously, there could be serious consequences—like a calling to order of a border commission that hasn't met since 1930. No one wants that. There's no telling what could happen when these ancient European rivals begin trading barbs over seven feet of territory. “I do guess that if they would have to meet again, they would handle the matter in a rather neutral and friendly way," University of Antwerp historian Marnix Beyen told Motherboard. So, no alligator-filled moats, then? —Dante A. Ciampaglia