The High Cost of High Conflict

In her new book, investigative journalist Amanda Ripley argues that we need to find a better, lower-temperature way to argue—for our health and the health of our country

Democracy and education both rely on productive disagreement. The clash of ideas, enlightened debate, the pursuit of truth and compromise—they’re part of our civic and academic cultures. “In good conflict and good education, there’s a sense of openness and curiosity,” says Amanda Ripley. “You need healthy conflict to be challenged and get better.”

Ripley is a brilliant investigative journalist whose work has been published in TIME and The Atlantic, among other publications. She’s also an insightful conversationalist on a wide array of topics, including education, which she tackled in her 2013 bestseller, The Smartest Kids in the World: And How They Got That Way. In her latest book, Ripley worries we’re spending far too much time and energy on what she calls “high conflict,” the kind of destructive, zero-sum warfare that becomes less about policy and more about sustaining the combat. “When conflict escalates past a certain point, the conflict itself takes charge,” Ripley writes in High Conflict: Why We Get Trapped and How We Get Out. “The original facts and forces that led to the dispute fade into the background. The us-versus-them dynamic takes over.”

Breaking out of that exhausting dynamic takes real work, and High Conflict makes the case through fascinating profiles of people in some of the world’s most intractable situations who managed to find their way out. From Chicago gang wars to guerrilla combat in the jungles of Colombia, Ripley takes a close look at the social and psychological roots of high conflict and issues a stark warning for people who seem all too eager for battle: “We cannot function or thrive as a society until we get smarter about how we fight.”

Ripley spoke with The Elective to explain her interest in conflict, the ways it manifests in areas such as media, and how we can disrupt the high-conflict cycle before it traps us for good. 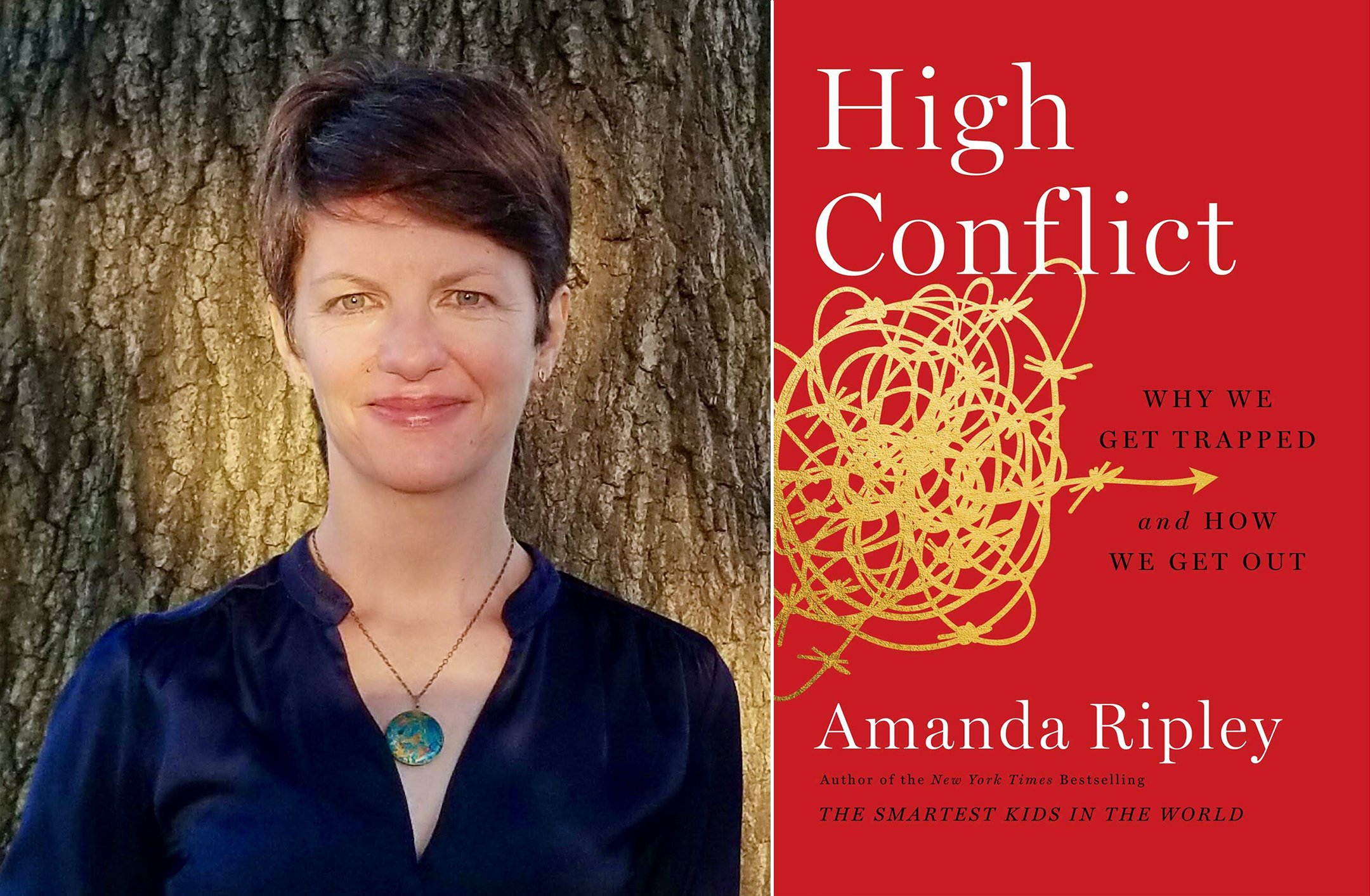 How do you know you’ve tipped over from regular conflict into high conflict?

It starts small but gradually takes on a life of its own. We become really certain of our righteousness and start to make really big mistakes in how we think about ourselves and other people. There’s an orthodoxy, a purity, a righteousness that seeps in, a very sharp, binary kind of thinking and oversimplification about our opponents. And in high conflict, people start to mimic the behavior of their adversaries. The thing you went into conflict to stop, the behavior that drove you crazy about your opponents, you end up doing very similar things. It becomes a perpetual motion machine. There’s something very diabolical about it. High conflict is the kind we’re seeing a lot of today, and that’s a problem because everyone suffers in high conflict.

So how do you interrupt it? What gets people to break the cycle?

You have to start by recognizing that you’re not in a normal, healthy conflict. Ninety-five percent of conflicts function according to normal rules of engagement, and you can manage them fairly intuitively. But there are roughly 5% that operate under different rules.

One powerful thing I learned was to find the understory, to ask the right questions so you can understand what’s truly motivating people. Every conflict mediator or divorce attorney has a story about this, about some possession that a couple went to war over. Incredible, nonsensical things like LEGOS or a crockpot. In that case, what’s really going on is that the wife remembers the crockpot as a symbol, something important to her as part of this dream of a happy domestic life that never came together. And why does the husband want the stupid crockpot? Because she wants it so badly, and he doesn’t want her to have it.

That’s what happens in high conflict—you channel all of your rage into something you feel like you can control, like who gets the crockpot, and you avoid talking about the real forces that led you there in the first place. Once you can start talking honestly about that and figure out the understory, it gets a lot more interesting. My husband and I sometimes joke, What is the crockpot in our lives right now? What are we really arguing about here? It’s a good way to short-circuit high conflict if you have that conversation early enough. 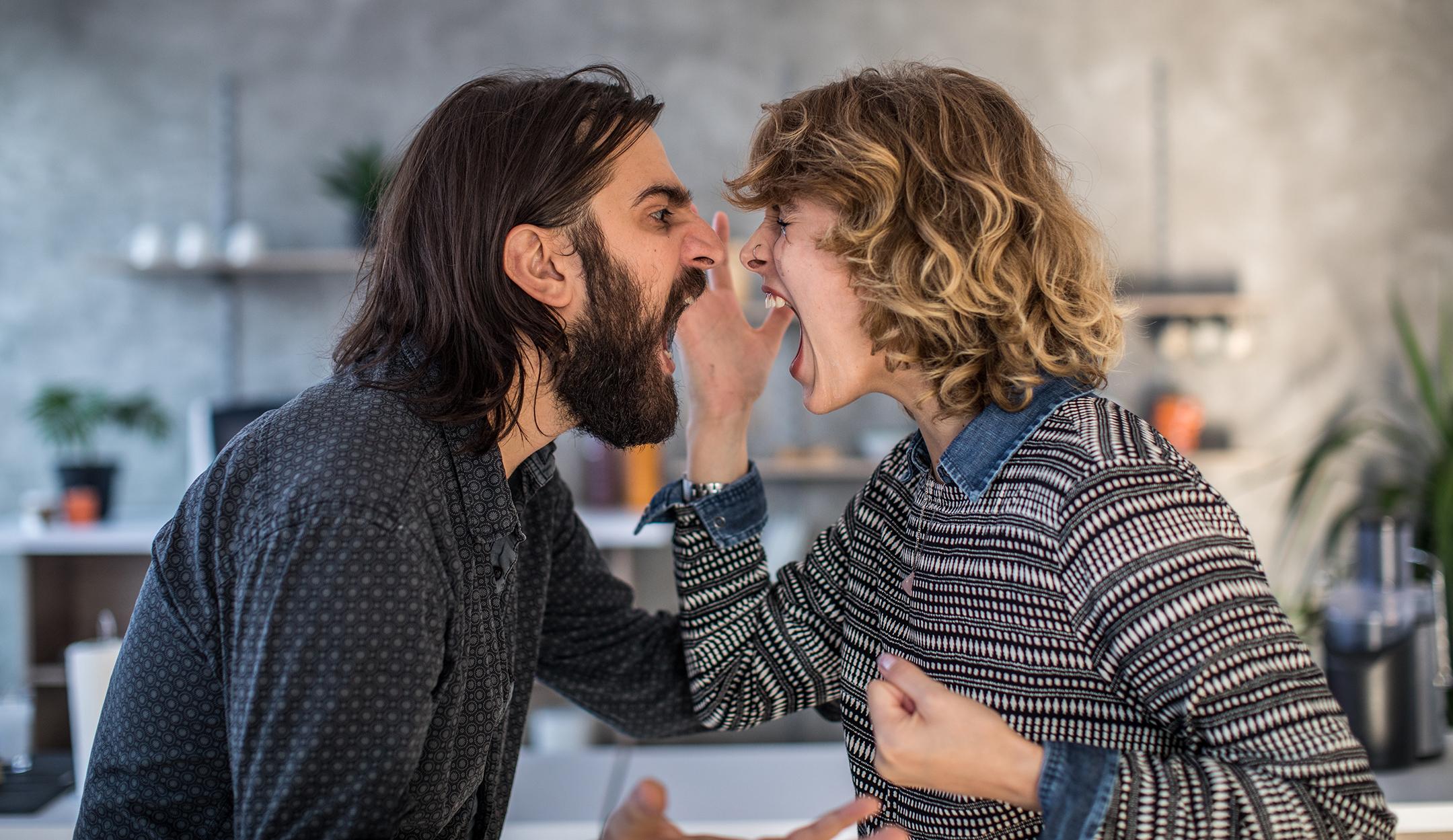 You’ve been a journalist your entire adult life. Do you think people in media sometimes become conflict entrepreneurs?

Oh, absolutely. If you look at all the attention economy models in media and social media, that definitely pushes people toward high conflict. But you have to remember that eight out of 10 Americans don’t use Twitter, so the people shouting on social media are a very self-selecting group: more affluent, more highly educated, more left-leaning. It’s activists, extremists, journalists, and bots—that’s who’s on Twitter. It’s a totally distorted petri dish of America.

I have this theory—which a lot of people disagree with me about! —that at this point, most people are exhausted by conflict, and traditional stories about conflict are just cliché. I think there is huge latent demand for something else. People are craving something different, something more hopeful. Let’s write about people who are trying to solve problems because even if they don’t succeed that’s a good story. And it’s so refreshing. People respond to it.

One of the other conflict-disrupting techniques you write about is called “looping for understanding,” which is a really intensive form of active listening.

Looping is the thing that has most changed my life, and I learned it from a guy named Gary Friedman, who I write about a lot in the book. When I first went to one of Gary’s trainings on how to escape conflict, I thought, “Oh come on—I know how to listen and nod and furrow my brow and smile. I’ve been interviewing people for 20 years!” But it turns out that’s not listening. There’s a whole other tier of advanced listening where you actively demonstrate that you’re hearing and understanding in ways people can see. You don’t just nod and smile; you carefully repeat back the essence of what you think you’ve just heard, and then ask if you got it right. That’s looping, and it just shifts the dynamic completely. In every interview now, I try to loop. In every conflict with family, especially in parenting, I find it incredibly useful. It gets you out of this terrible cycle. People mostly want to feel heard. Once they feel heard, they’ll open up. And they’ll put up with a lot more, be a lot more willing to compromise, as long as they feel truly heard.

Did you come out of this project feeling optimistic about our capacity to have better fights?

I think we have to be optimistic to make progress. We cannot function or thrive as a society until we get smarter about how we fight. We’re too interdependent now to keep fighting in these old, adversarial ways. Because we’ll all suffer in different ways, sooner or later.   I really wrote this book for my own sanity. I got interested in this about four years ago because there were fundamental things I just wasn’t understanding about our political system. It didn’t make sense until I started talking to people who study this kind of intractable conflict. They see it as a system, almost like a virus or a contagion. There are certain opportunities to interrupt that system if you understand what you’re dealing with and understand that it’s different than normal, healthy conflict. I hope that message resonates. But people need to be in the space where they can hear it. You have to want progress more than the satisfaction of high conflict.

Debating Education Without the Flamethrowing